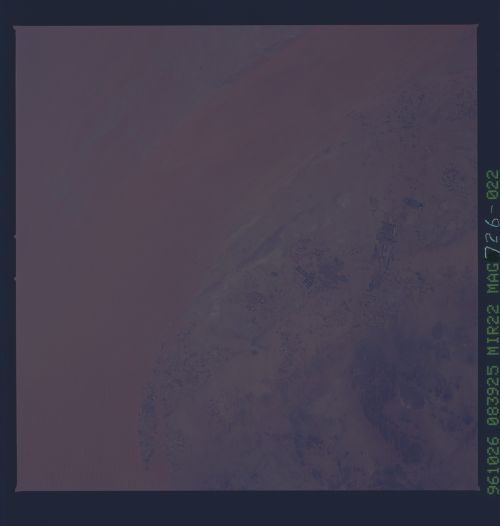 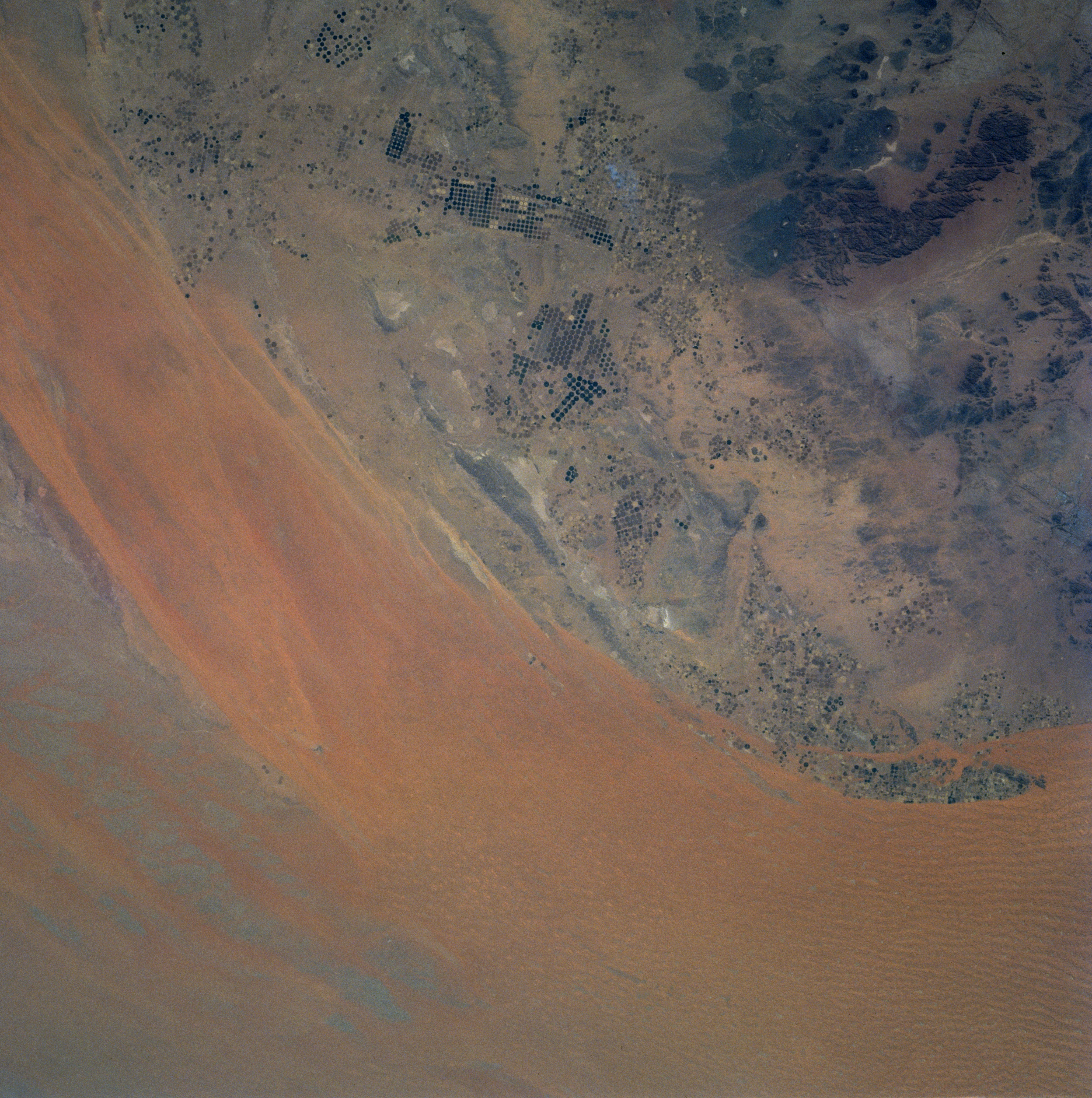 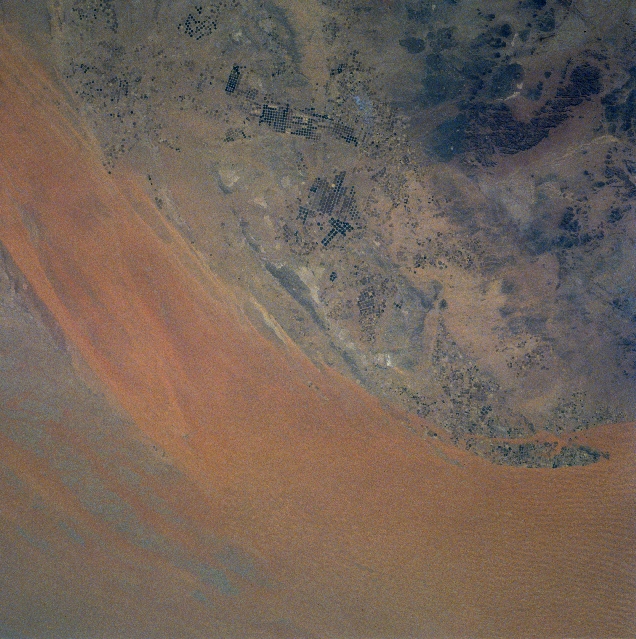 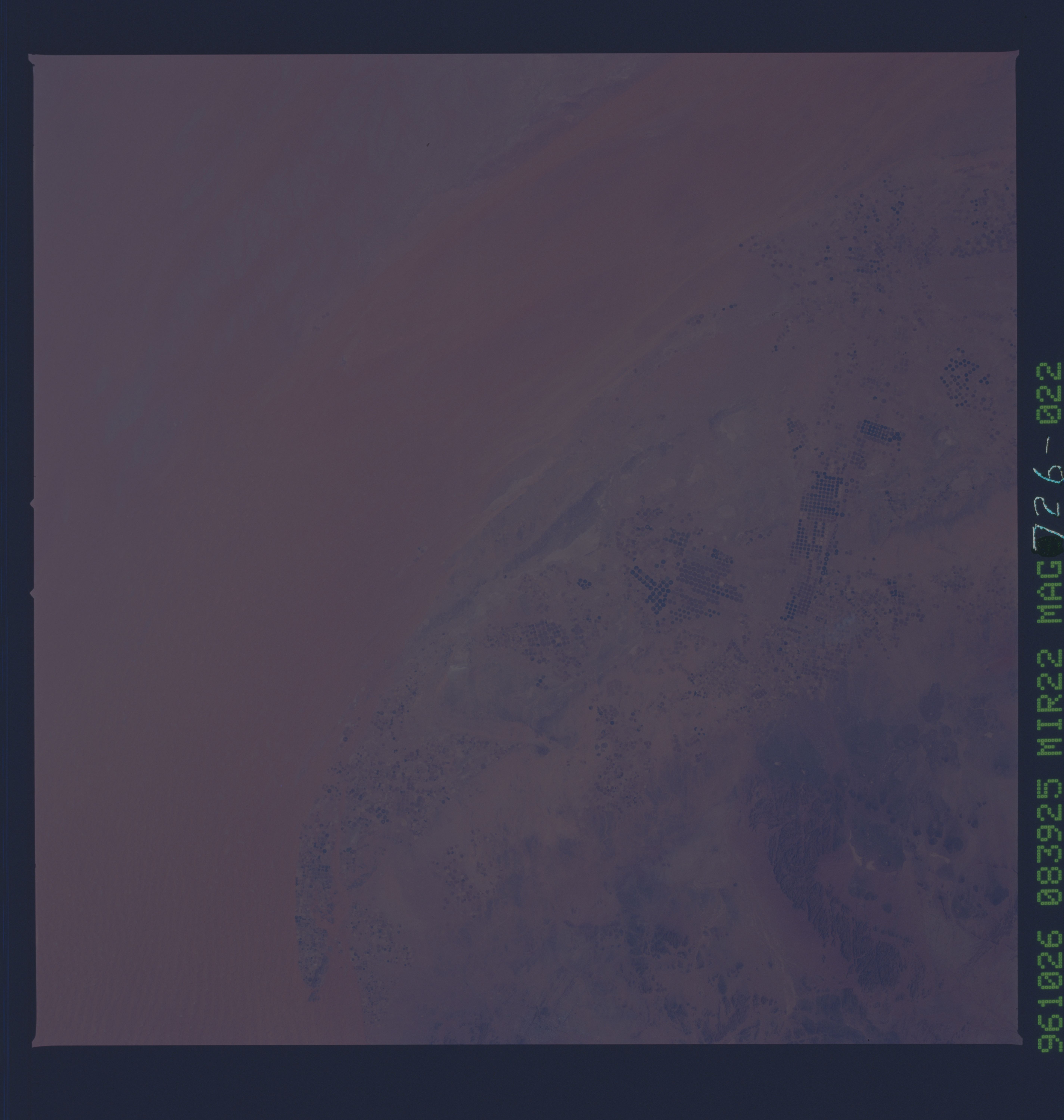 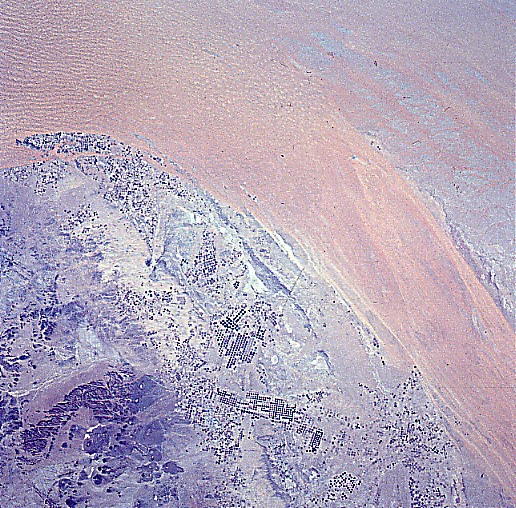 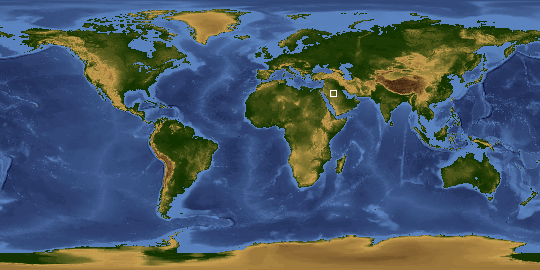 Other options available:
Download Packaged File
Download a Google Earth KML for this Image
View photo footprint information
Image Caption: NM22-726-022 An Nafud, Saudi Arabia Fall-Winter 1996
The reddish-orange desert sands of the eastern An Nafud (red desert) of north central Saudi Arabia is visible along the top of the image. A corridor of sand dunes and sand ridges, known as the Ad-Dahna, is evident as a northwest-southeast extension of the An Nafud. This corridor constitutes a sandy plain that enhances the movement of wind blown sand from the An Nafud to the great Rub'al-Khali (Empty Quarter) of southern Saudi Arabia. Literally hundreds of circular features are observed along the western margin of the Ad-Dahna. These are center pivot irrigation fields where a variety of agricultural crops, mainly wheat and cereal grains, are being grown in this arid environment. Each circle is about half a mile in diameter. In spite of extremes in aridity and temperatures, the Saudi farmers have successfully turned their desert into productive farmlands, at the expense of depleting ground water resources. Since there are virtually no permanent surface streams (only wadis) in Saudi Arabia, farmers must use well water. With their finite supply of well water, the Saudi's have been developing desalinization techniques, so that when ground water supplies are exhausted, desalinized seawater will be available to continue the extensive farming operation that is now in place. The darker looking landscape (lower left) is more rugged higher elevations that include the Aja (granites) and Salma (basalts) Mountains.