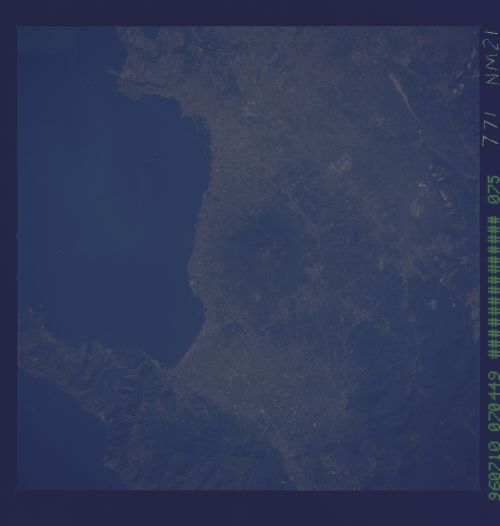 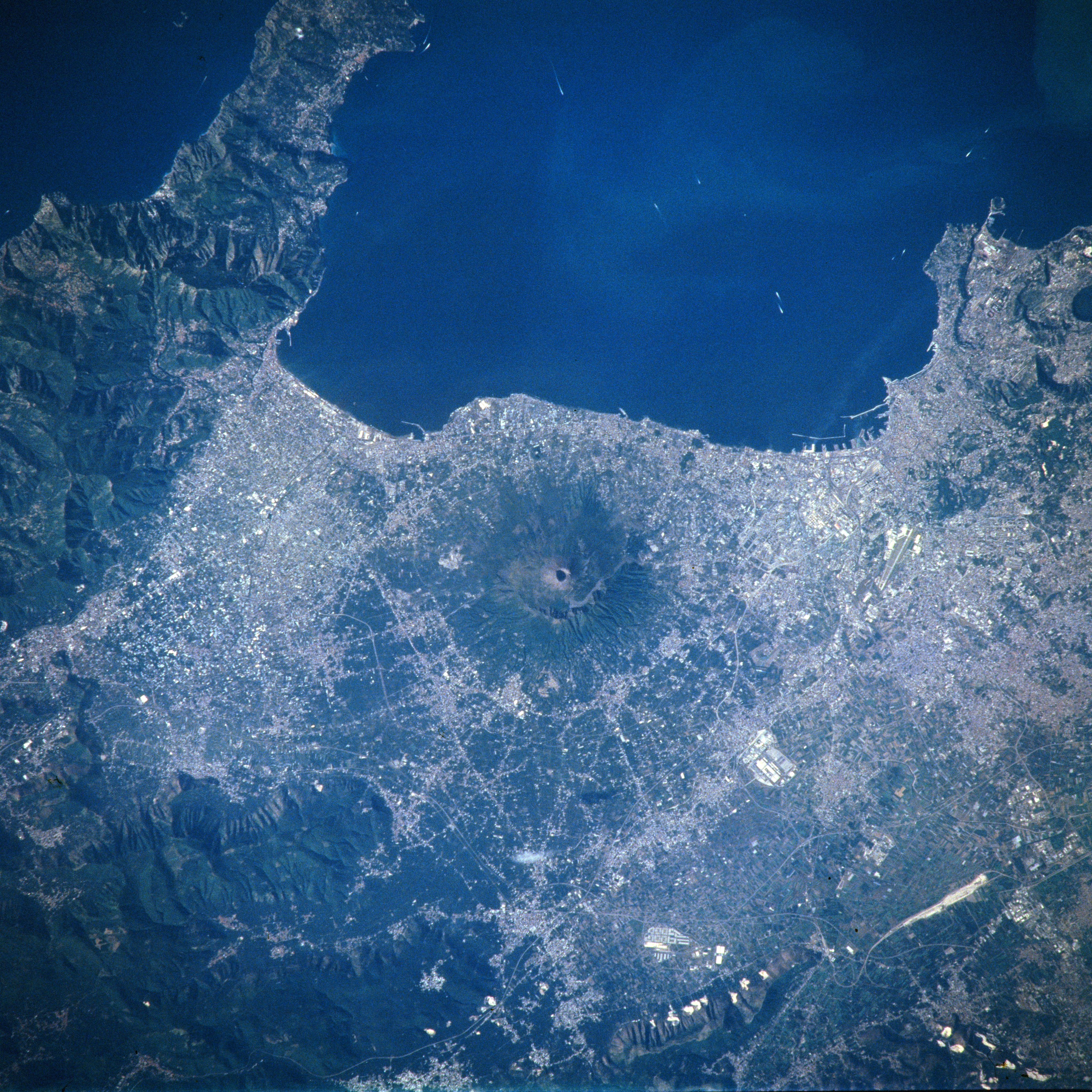 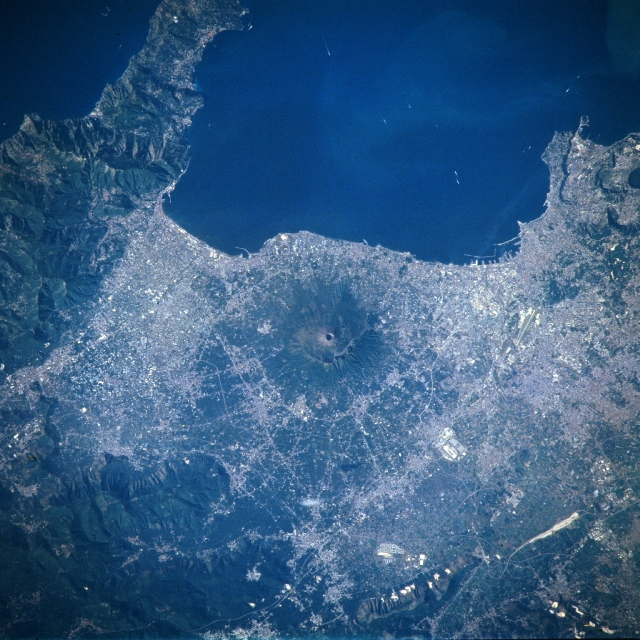 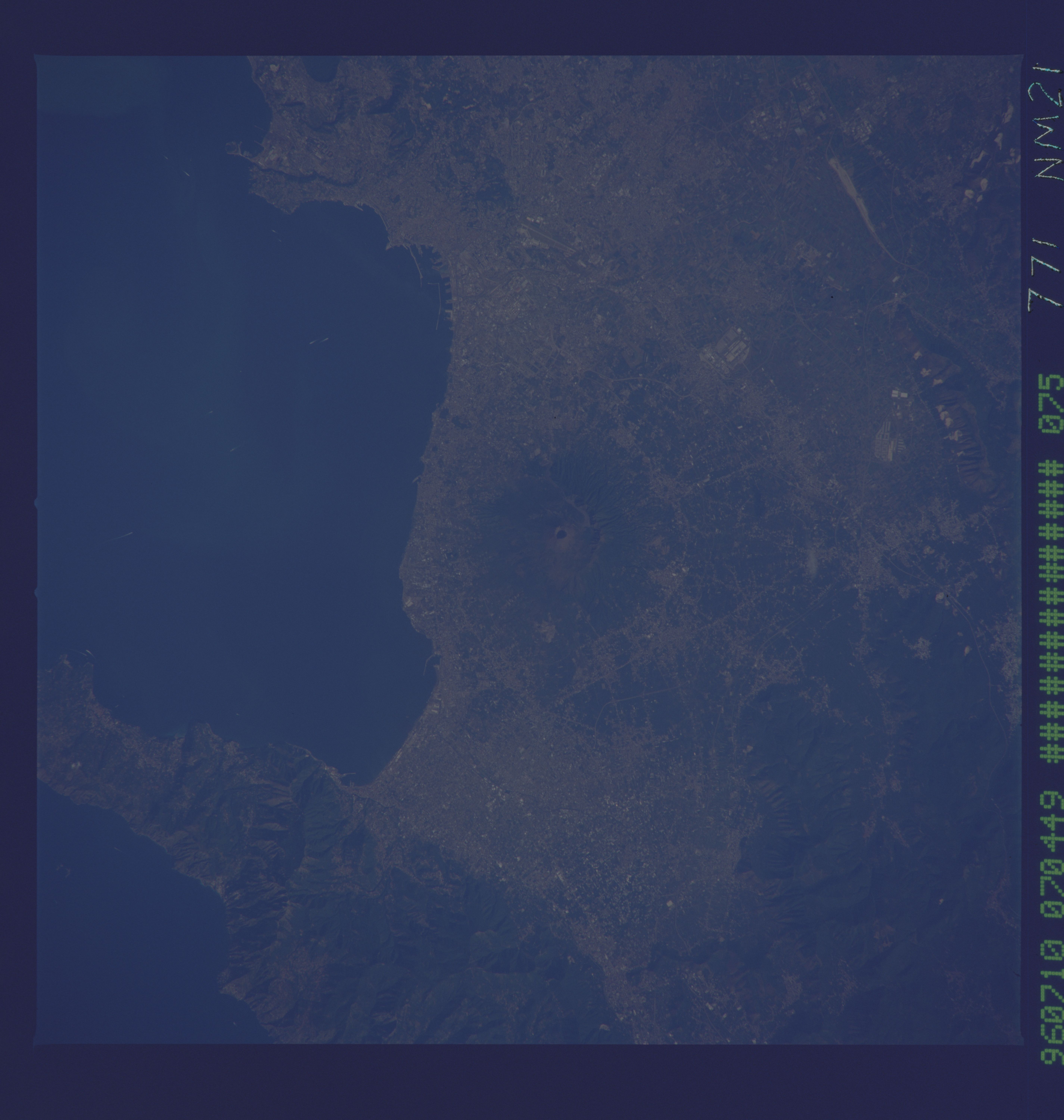 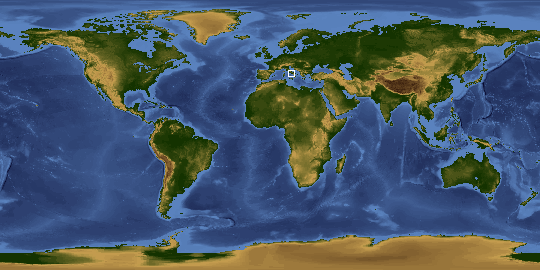 Other options available:
Download Packaged File
Download a Google Earth KML for this Image
View photo footprint information
Image Caption: NM21-771-075 Mt. Vesuvius Area, Italy Spring/Summer 1996
The oval-shaped crater of Mt. Vesuvius (circular feature in the center of the image) is encircled by the urban sprawl of Naples and many smaller urban areas along this section of the southwest coast of Italy. Naples, a major seaport and Italy's third largest city, is located along the north coast of the Gulf of Naples and is an arm of the Tyrrhenian Sea. Mt. Vesuvius' summit stands at 4200 feet (1281 meters) above sea level. It is the famous eruption of Vesuvius in 79 A.D. that destroyed the Roman cities of Pompeii and Ercolano. Mt. Vesuvius, now dormant, had its last major eruption in 1944. The steep calderas wall of Somma Volcano, an earlier stratovolcano, is visible several thousand feet north of the Vesuvius' crater. The darker-looking landscape shows the area of dense vegetation, while the lighter terrain is created by assorted human activities either in the form of cities, an extensive ground transportation network and agricultural operations. The rugged, mountainous Sorrento Peninsula (upper left corner) contrasts color wise with the more densely populated hilly scene that prevails over much of the terrain surrounding Mt. Vesuvius.