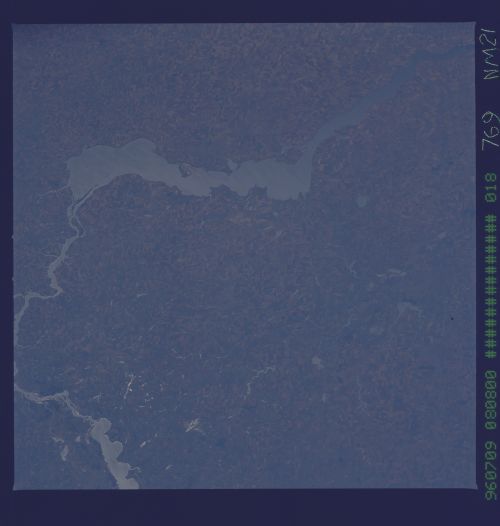 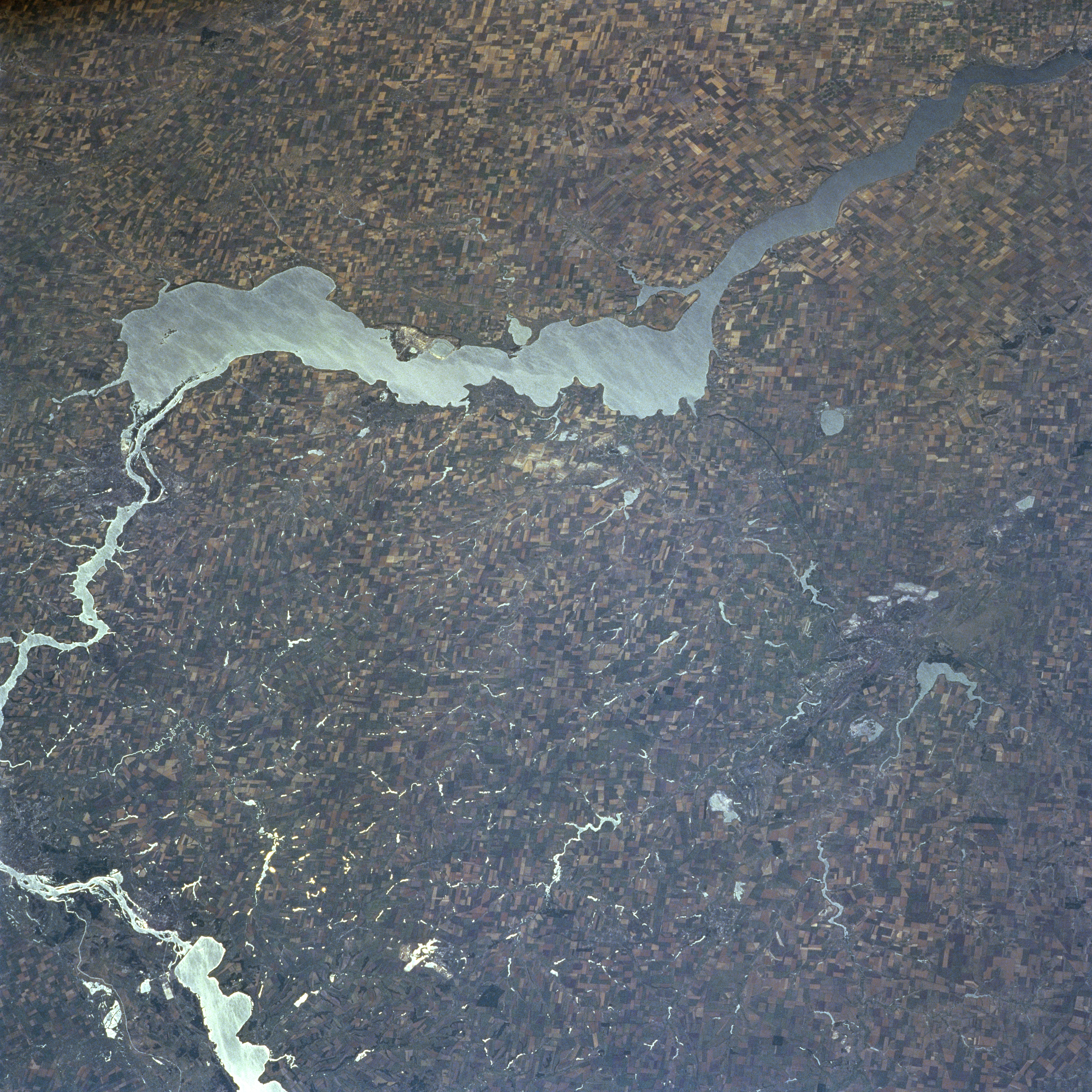 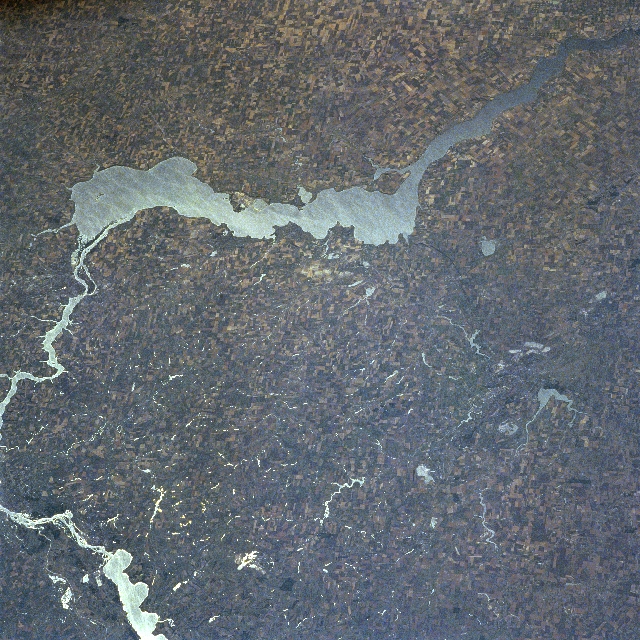 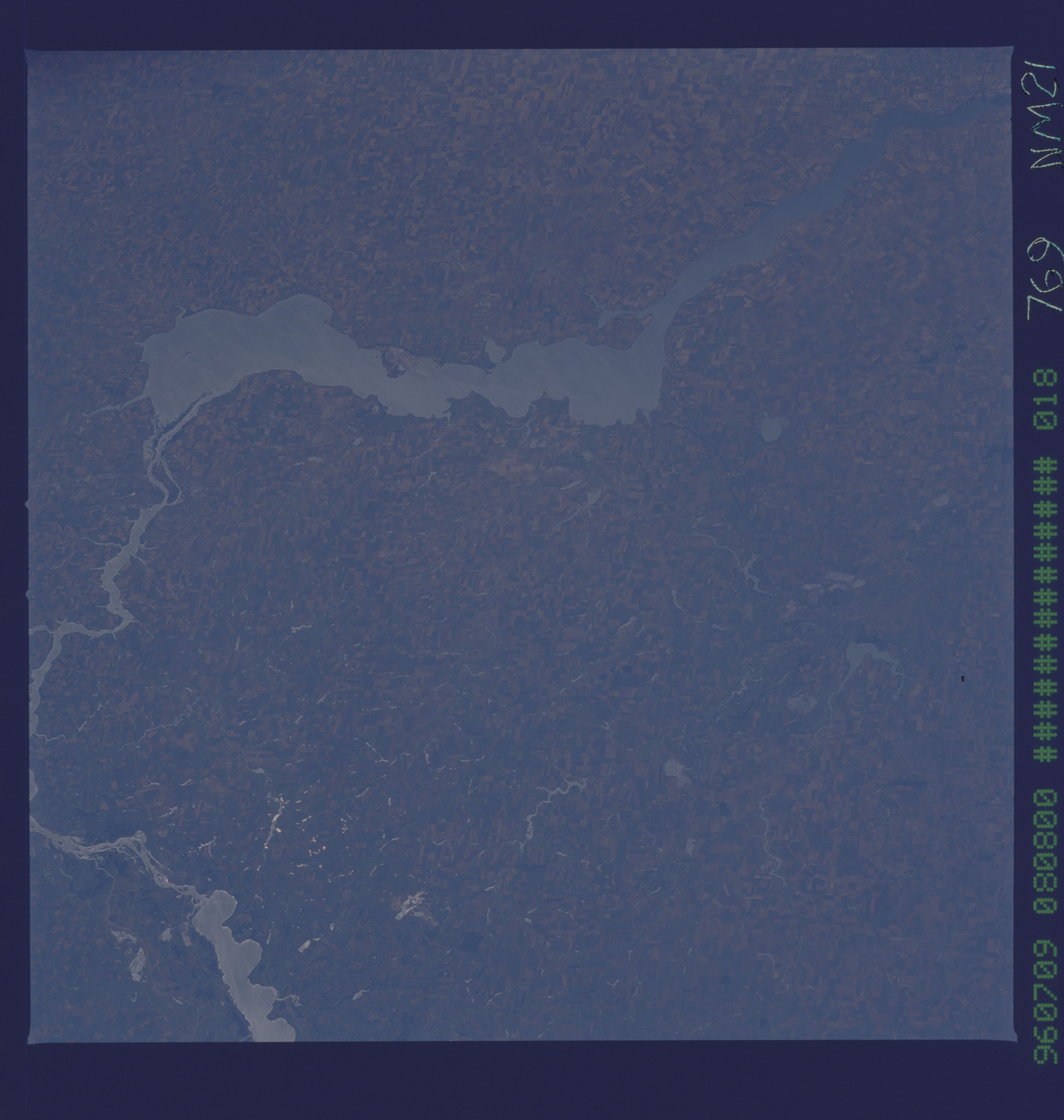 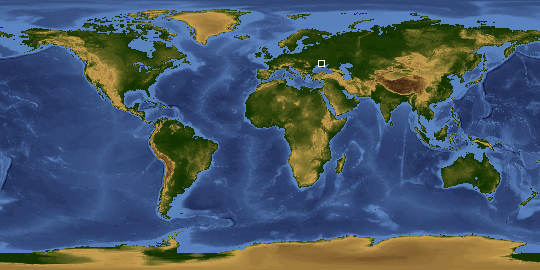 Other options available:
Download Packaged File
Download a Google Earth KML for this Image
View photo footprint information
Download a GeoTIFF for this photo
Image Caption: NM21-769-018 Kakhovsk Reservoir, Ukraine Summer 1996
The southern portion of the 1430-mile (2300 km) long Dnepr (Dnieper) River and the Kakhovsk Reservoir are visible in this south-looking view. The Dnieper River rises in the Valdai Hills to the west of Moscow and flows generally southward emptying into the Black Sea. The river is navigable for most of its entire course. At the left center of the image and, is one of the Ukraine's leading industrial complexes, the city of Zaporozhye. Zaporozhye is home to one of the former USSR's largest hydroelectric plants. Near the right center of the image is the city of Krivoy Rog. Krivoy Rog is a major railroad center and industrial city located in the midst of one of the world's richest iron mining regions. The city is situated on the western edge of the Donets Basin, a major coal-producing region in the Ukraine. Winter wheat, corn, melons, and potatoes are grown in the agricultural region surrounding the Kakhovsk Reservoir.