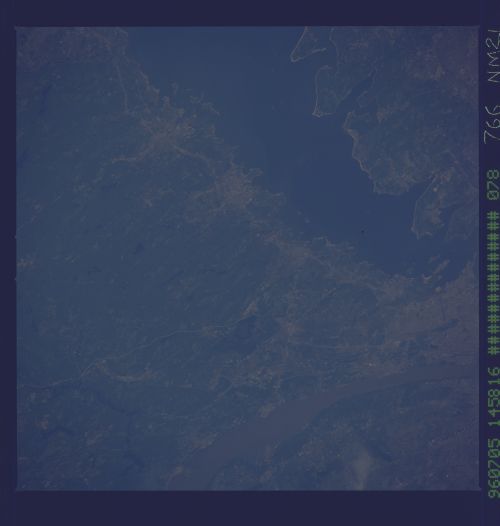 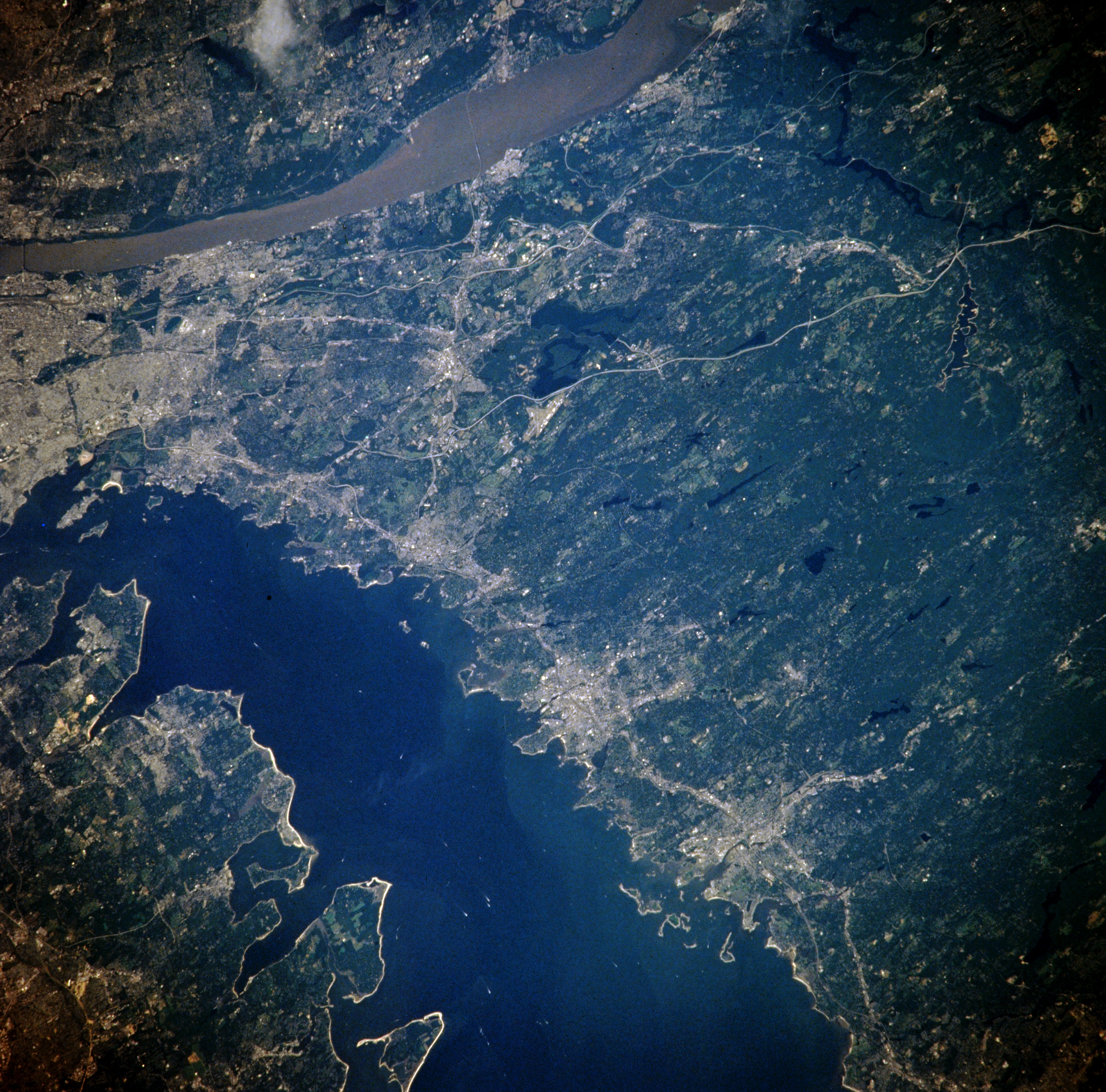 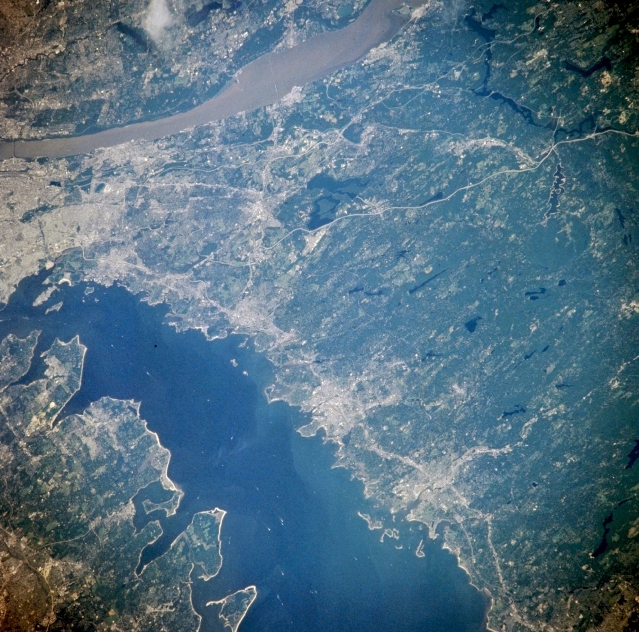 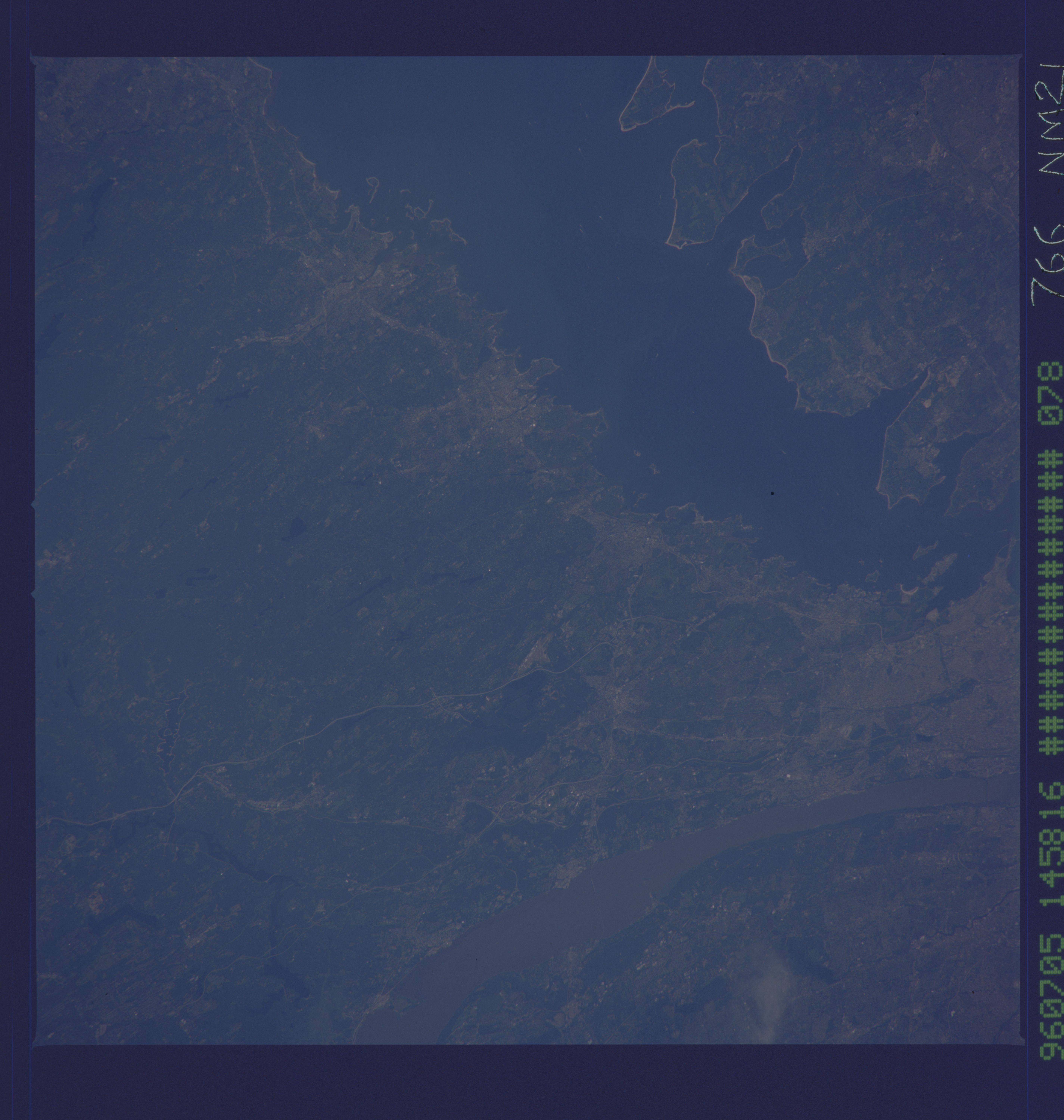 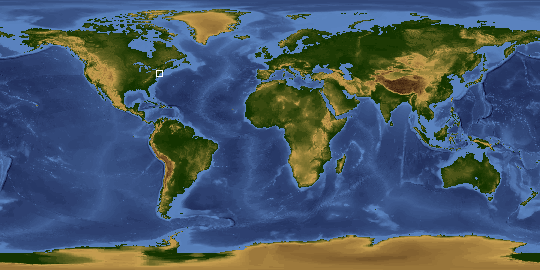 Other options available:
Download Packaged File
Download a Google Earth KML for this Image
View photo footprint information
Image Caption: NM21-766-078 Long Island Sound, Connecticut Spring-Summer 1996
Long Island Sound and southwestern Connecticut can be seen in this northwest-looking view. Long Island Sound, an arm of the Atlantic Ocean, was once a river valley with the river flowing from west to east. Some 12000 to 15000 years ago, glaciers scoured out the valley and dumped their deposits on what is now Long Island. Long Island Sound is 115 miles long (185 km) long. The northern coast of Long Island has low hills and cliffs and is indented with many bays (lower left). Many cities, such as Stamford, Norwalk, and Bridgeport (bottom right) form an urban corridor along the Sound's Connecticut coast, with many of their residents commuting to and from their jobs in the New York City area. The region to the north of the Connecticut coast is made up of low hills and rolling terrain with numerous small lakes and forested areas. The Hudson River is visible traversing the upper left to the upper center of the image.