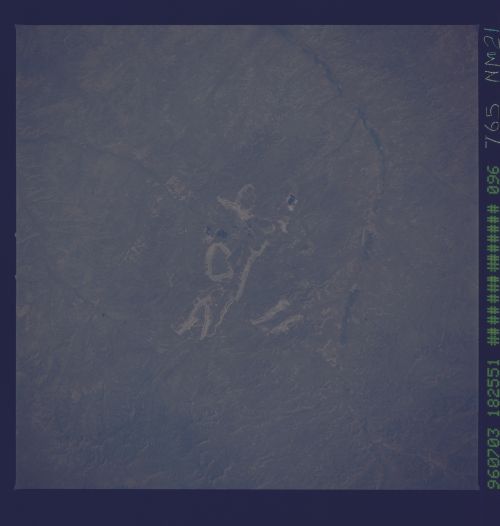 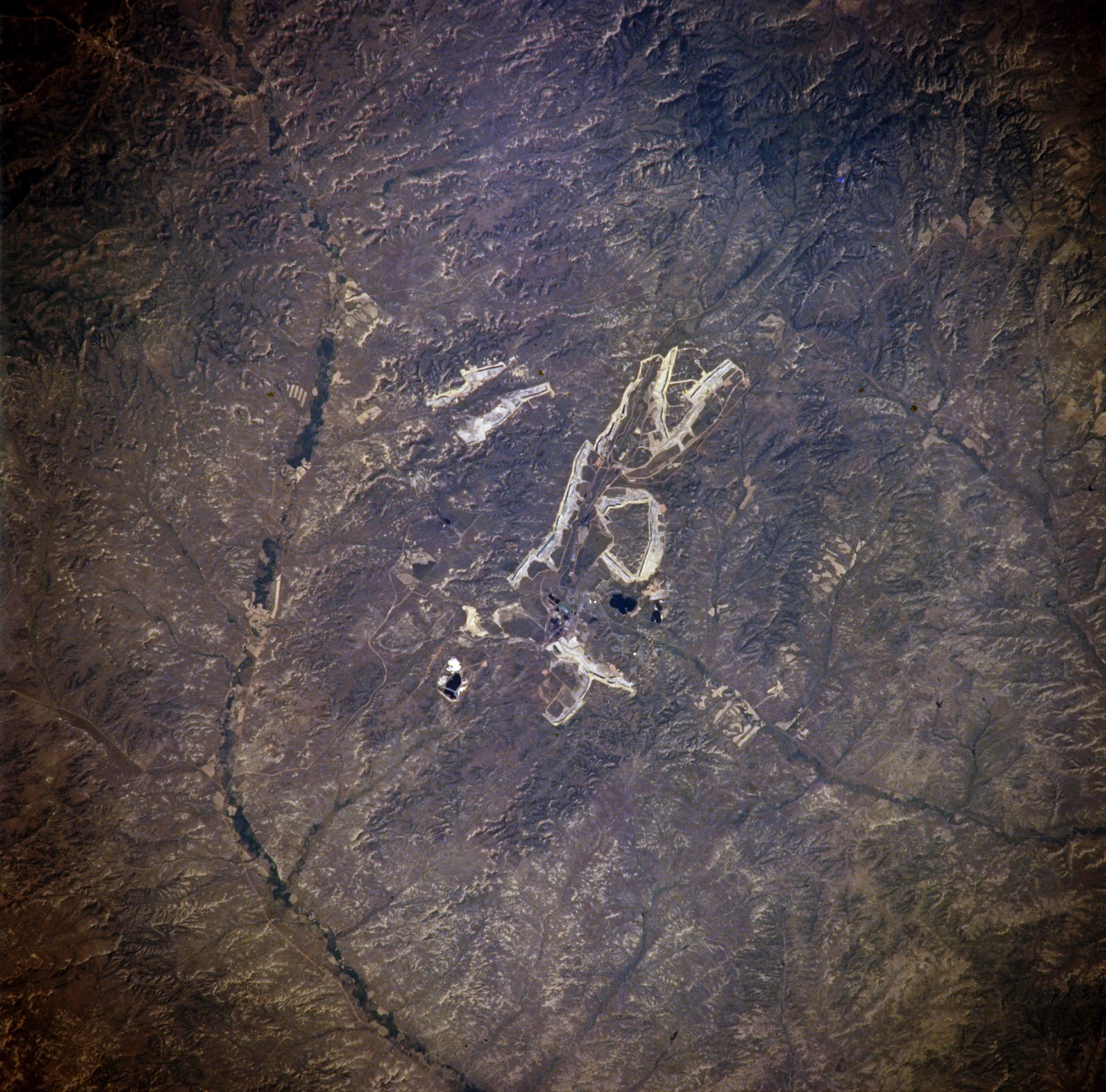 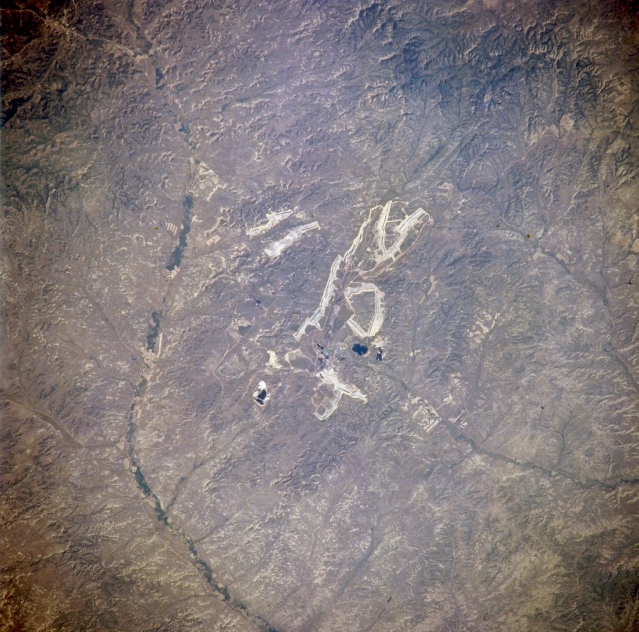 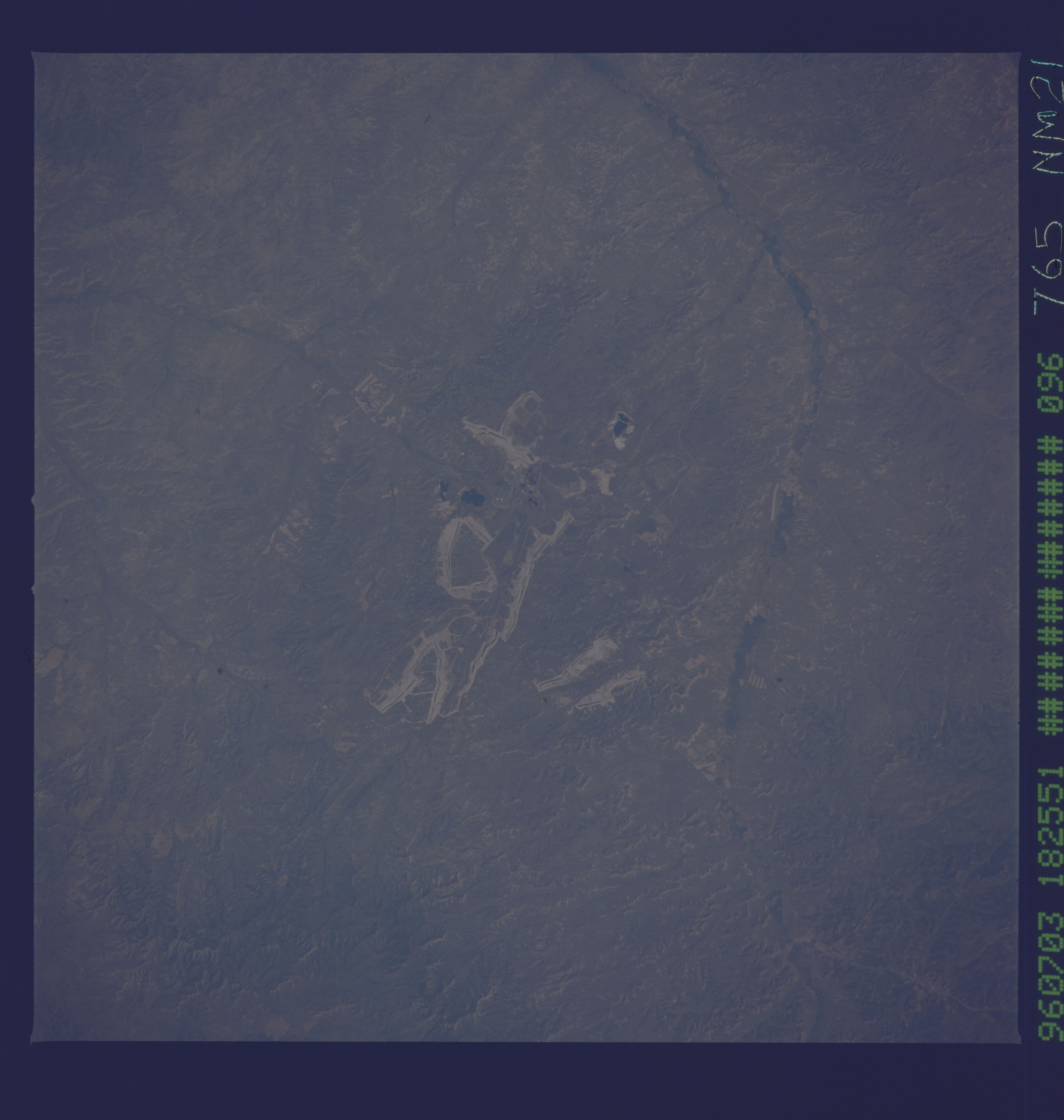 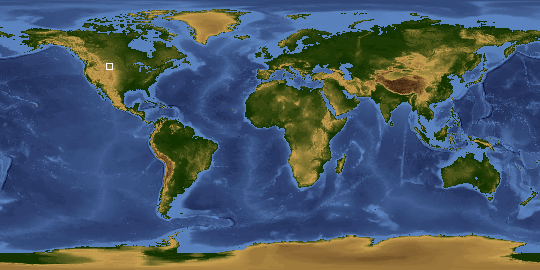 Other options available:
Download Packaged File
Download a Google Earth KML for this Image
View photo footprint information
Download a GeoTIFF for this photo
Image Caption: NM21-765-096 Colstrip, Montana, U.S.A. Fall and Winter 1995 and 1996
Coal strip mining near Colstrip, one of the largest operations in Montana, is apparent in this southwest-looking, low-oblique photograph. Rosebud Creek lies east of the strip mining operations where subbituminous coal is produced. Strip mining for coal, which flourished here during the 1920s, faded because of competition from cheap oil and natural gas. With new laws for land reclamation increasing the demand for power and diminishing reserves of oil and gas, a revival of strip mining occurred during the late 1960s. (Refer to STS-047-094-035 for a regional view.)