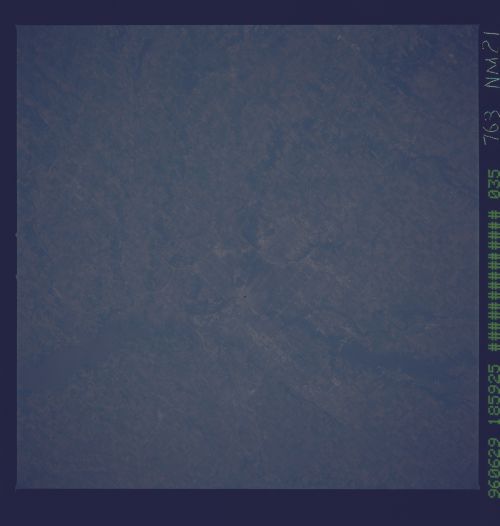 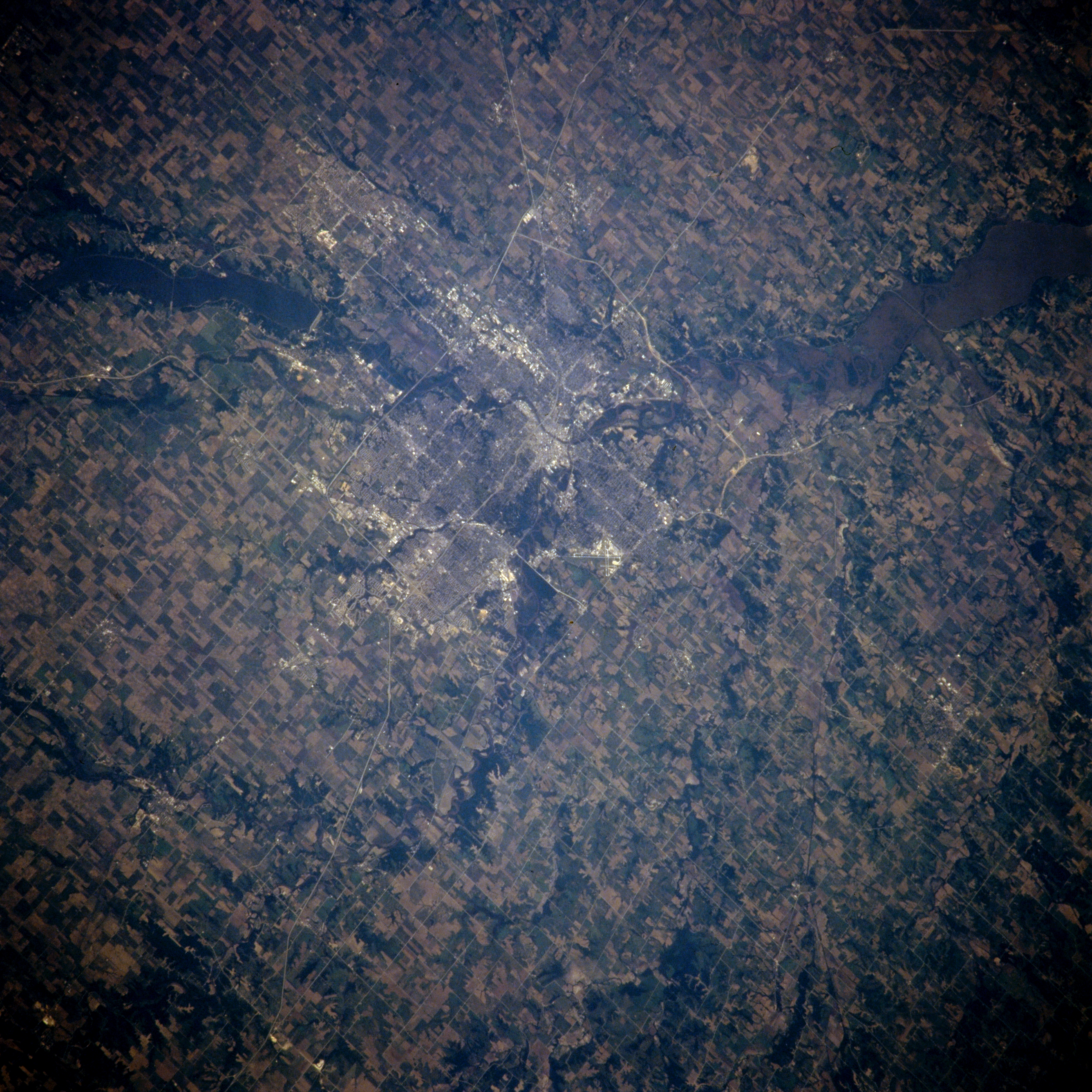 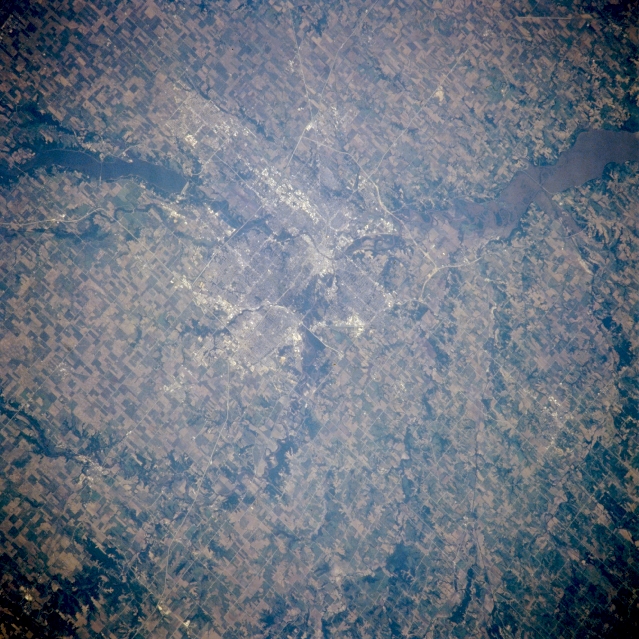 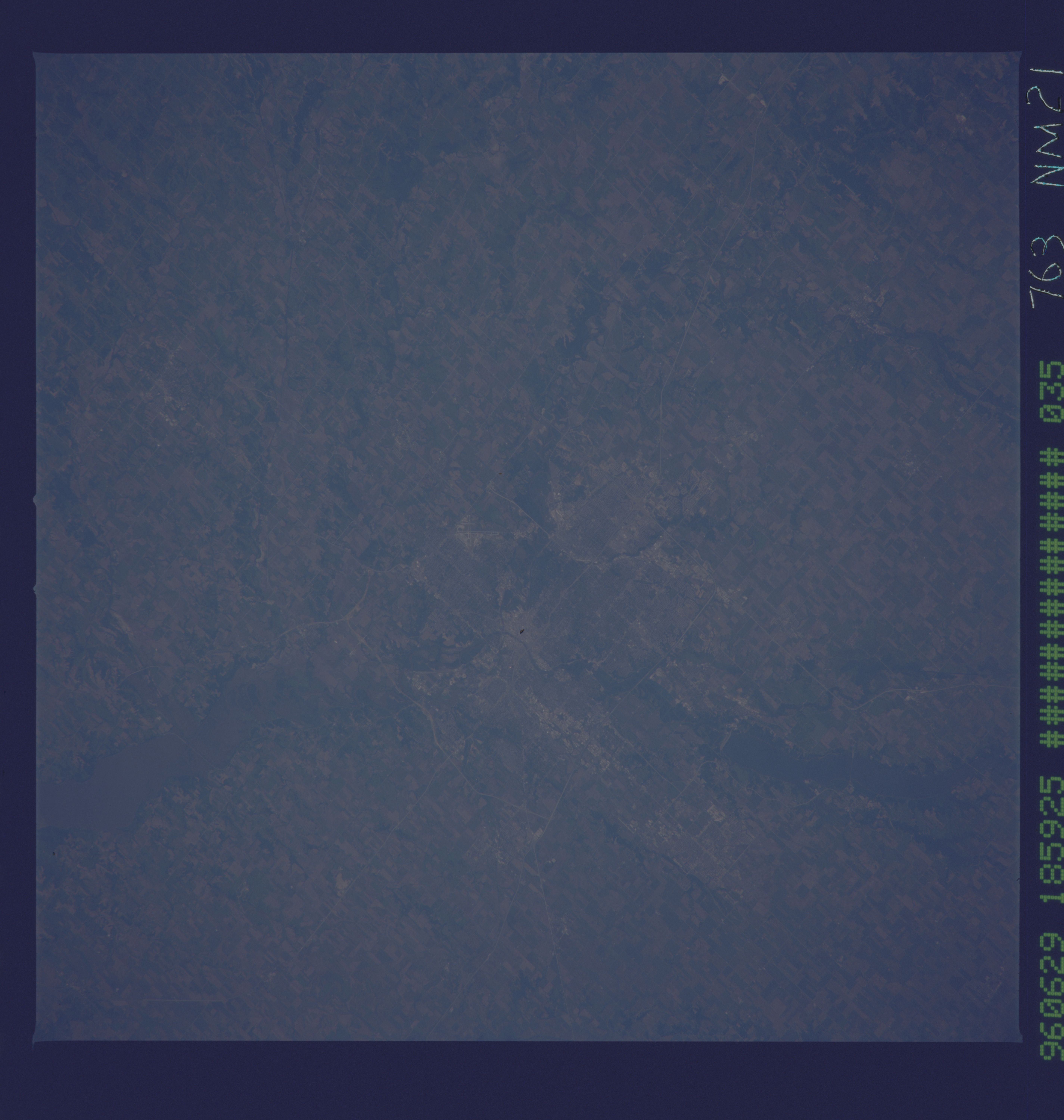 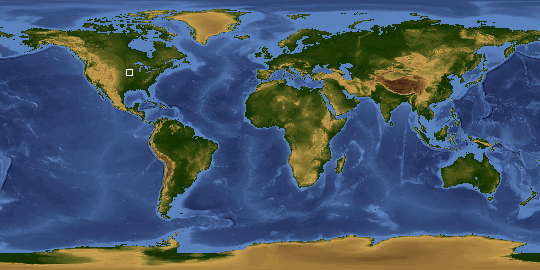 Other options available:
Download Packaged File
Download a Google Earth KML for this Image
View photo footprint information
Image Caption: NM21-763-035 Des Moines, Iowa, U.S.A. Winter 1995-1996
Surrounded by agricultural field patterns in this northeast-looking, low-oblique photograph is Des Moines, the capital of Iowa, the state with 25 percent of the highest grade topsoil in the United States. More than 90 percent of Iowa is devoted to agriculture; only California ranks ahead of Iowa in cash farm income. Des Moines, situated at the junction of the Des Moines and Raccoon Rivers, is an important industrial and transportation center in the heart of the U.S. corn belt and coal mining region and is the location of the home offices of numerous insurance companies. Des Moines, home of the first U. S. Women's Army Corp Training Center that opened in 1942, was devastated by floods in 1954 and 1993. Dams and reservoirs built on the Des Moines River after 1954 provide flood control relief. Two reservoirs are visible--Saylorville north-northwest of the city and sediment-laden Red Rock to the east-southeast.