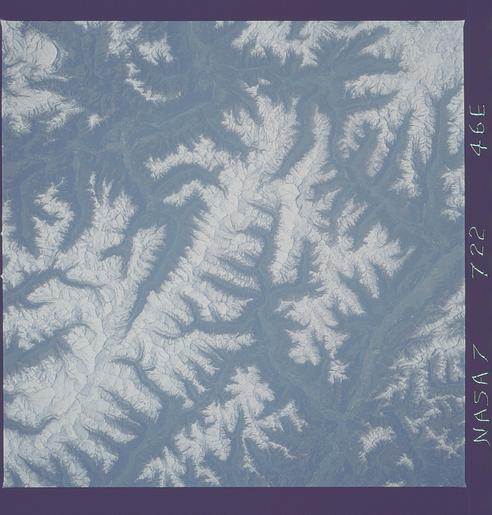 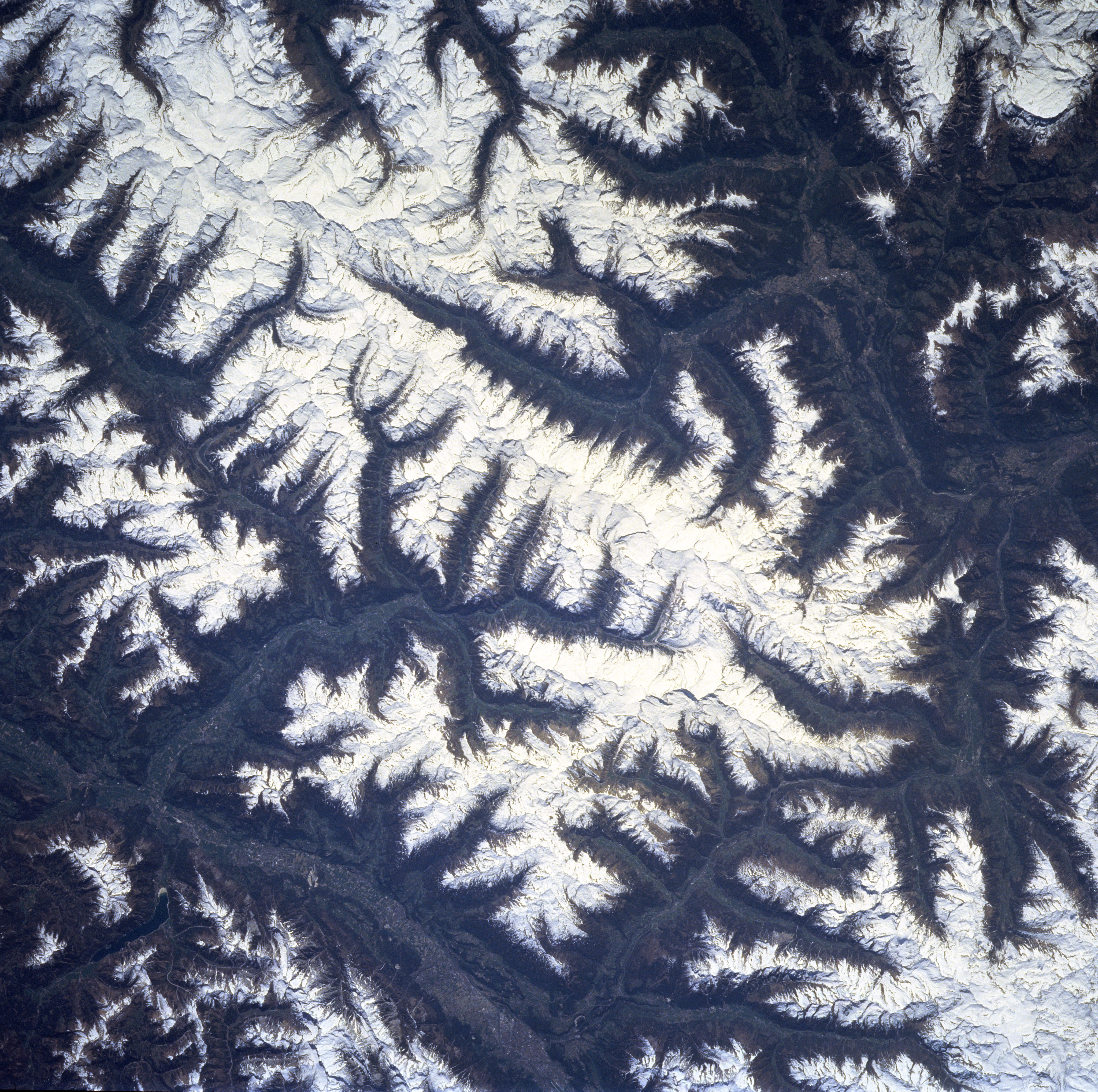 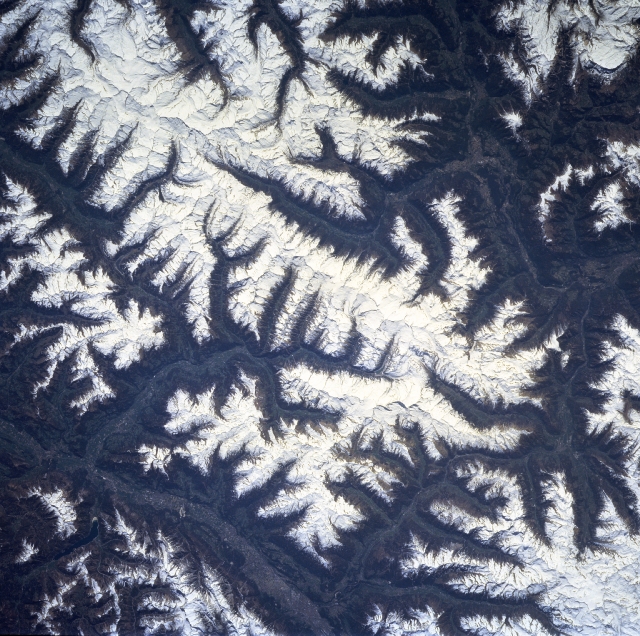 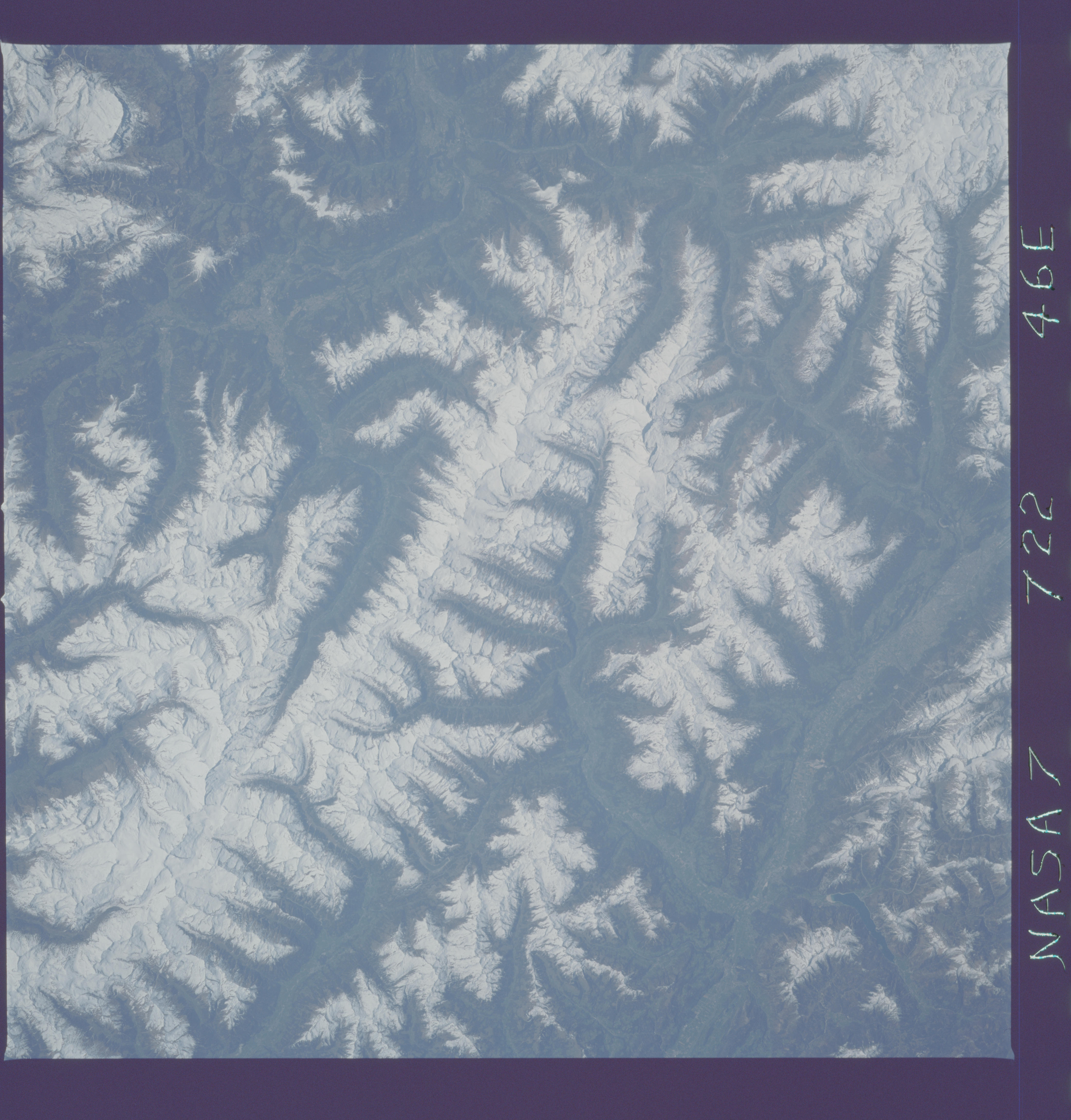 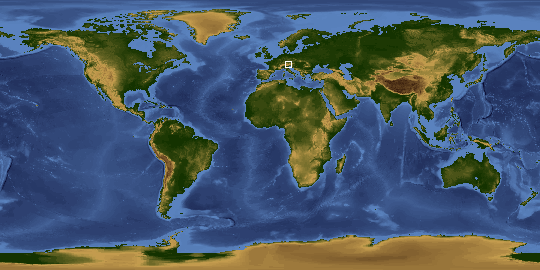 Other options available:
Download Packaged File
Download a Google Earth KML for this Image
View photo footprint information
Image Caption: NASA7-722-46E Alps, Innsbruck, Austria/Italy Winter/Spring 1998
The snow-covered peaks of the Alps can be seen in this near-nadir view. Cut by numerous gaps and passes, the Alps do not form a complete climax or strategic barrier, as is evidenced by the similarities of air, people, and animals on either side of the system. Permanently snow capped peaks rise above the snowline - located between 8000 and 10000 feet (2440 to 3050 meters) - and valley glaciers form the headwaters of many Alpine rivers. Glaciation was quite extensive around 13000 years ago and carved a distinctive mountain landscape of cirques, matterhorns, u-shaped and hanging valleys, and long moraine-blocked lakes. Below the snowline is a treeless zone of pastures that have for generations been used for summer grazing. Tourism, based on the scenic attractions of the Alps and the mountaineering and winter sports they provide, is a major source of income for the region. Near the bottom center of the image, the famous resort city of Innsbruck is discernible. The Winter Olympic Games were held in Innsbruck in 1964 and 1976.