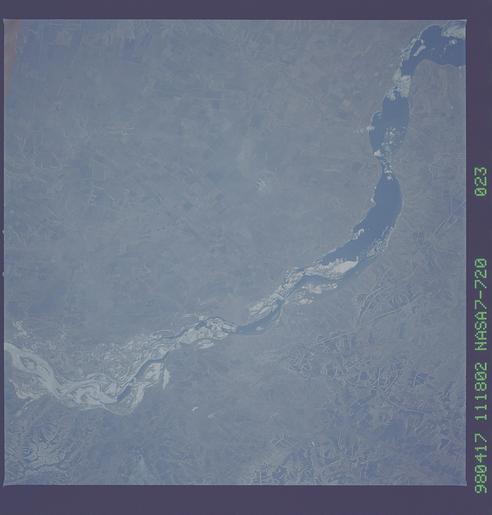 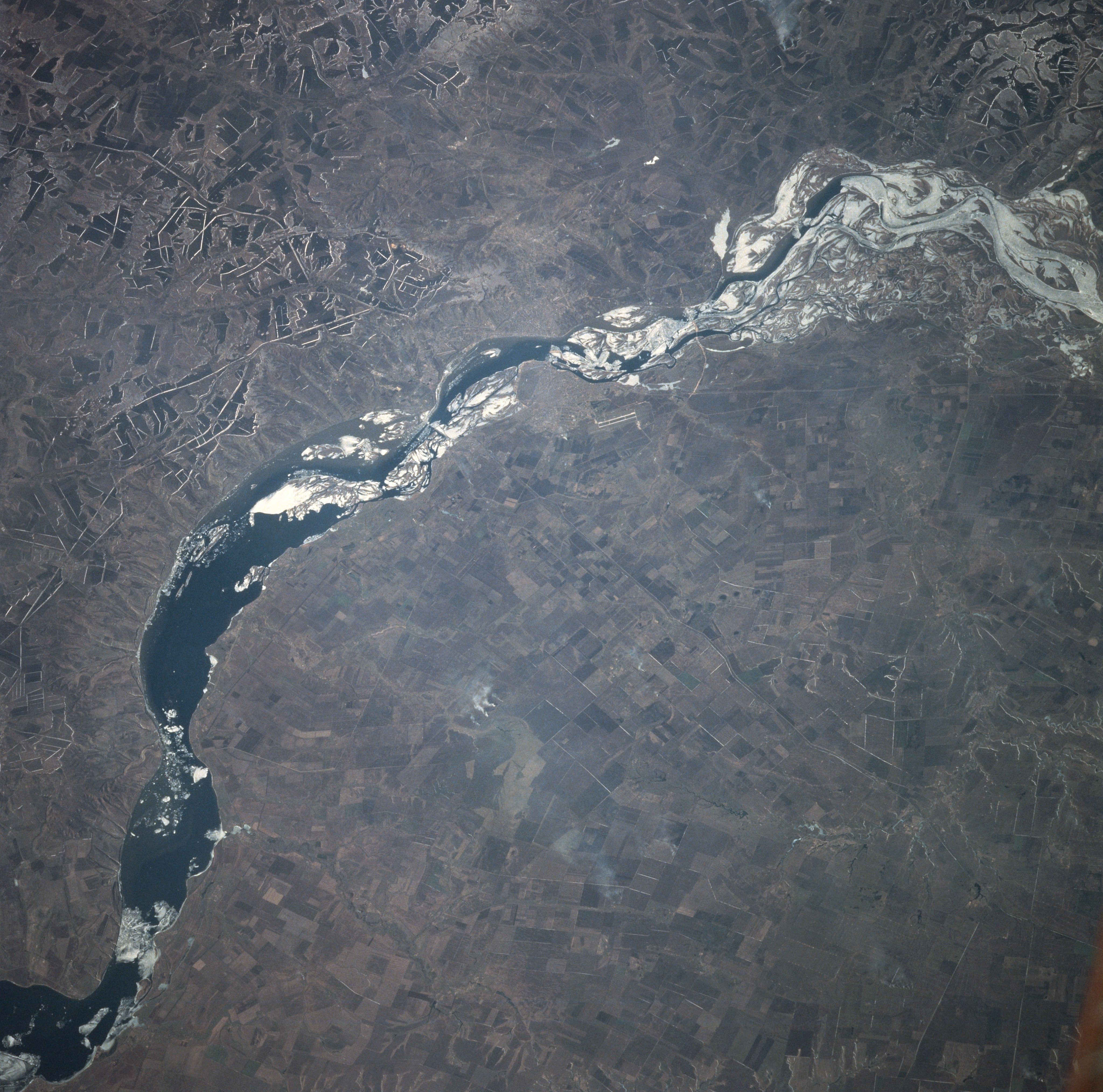 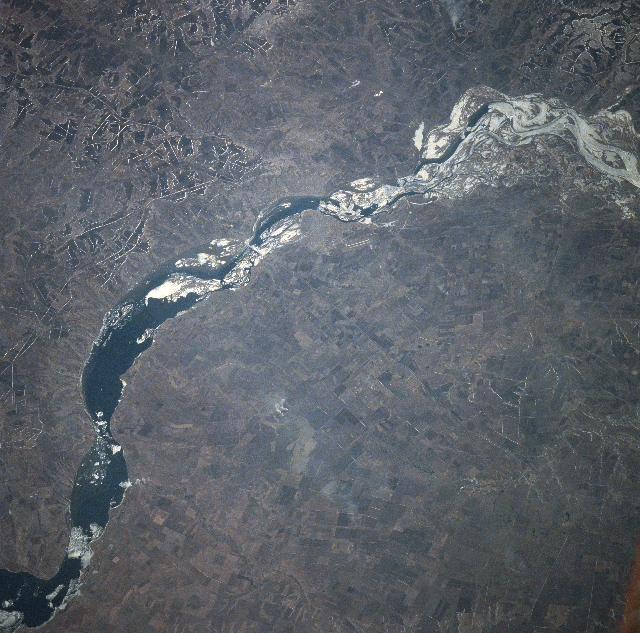 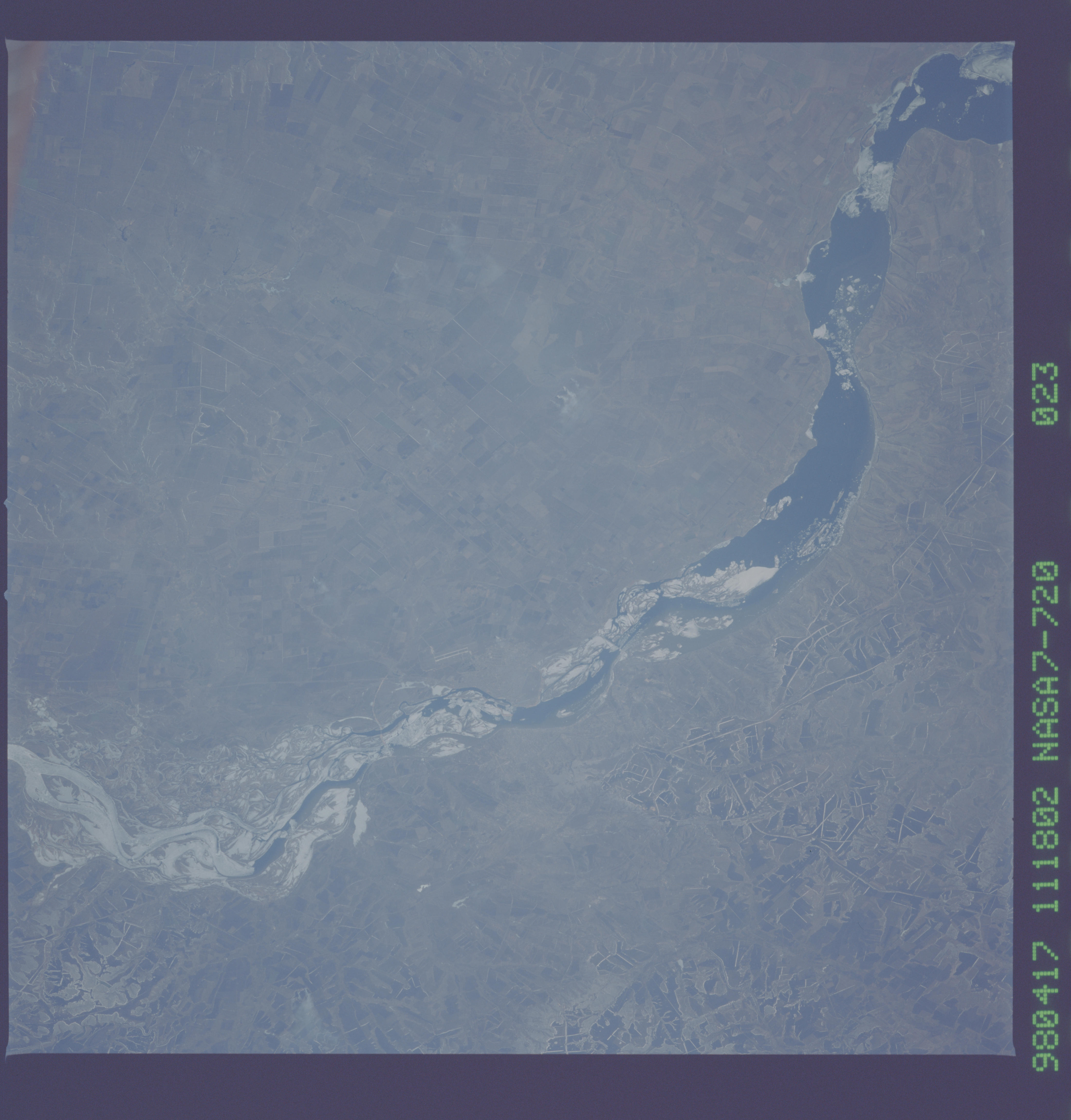 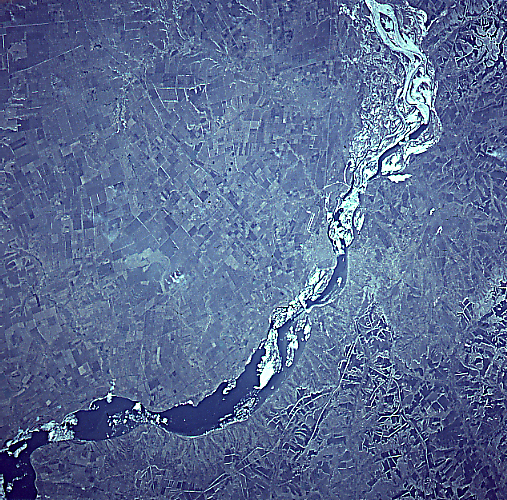 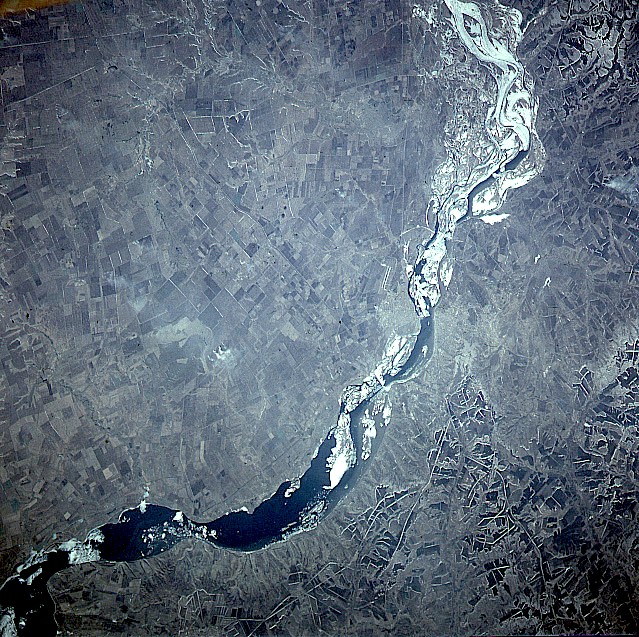 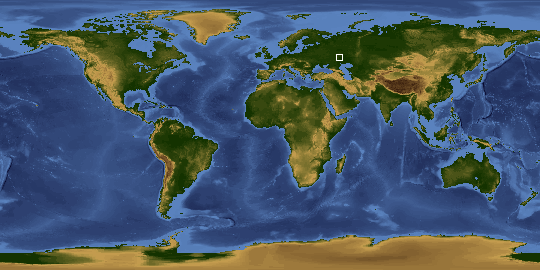 Other options available:
Download Packaged File
Download a Google Earth KML for this Image
View photo footprint information
Image Caption: NASA7-720-023 Volga River, Saratov/Engels, Russia Winter/Spring, 1998
The Volga River, winding its way through the Great Central Plateau of western Russia, can be seen in this northwest-looking view. Slightly above the center of the image, the cities of Engels (east bank) and Saratov (west bank) are discernible. The Volga River is the 18th longest river in the world and the longest river in Europe The river is the principal waterway of western Russia, being navigable from mid-April to late November (with locks by-passing numerous dams) almost throughout its entire course. This particular region of the Volga is located in the Great Central Plateau and encompasses fertile soils and numerous agricultural fields growing mostly grains. The region is subject to severe droughts. Both Saratov and Engels are river ports and industrial centers producing agricultural machinery, precision instruments, and machine tools. Oil refineries and chemical plants also make up the industrial base of both cities. This image was taken during the early Spring as ice flows (white features) are visible in the river.