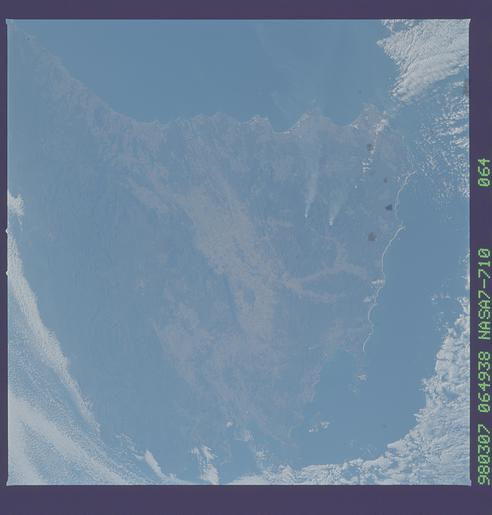 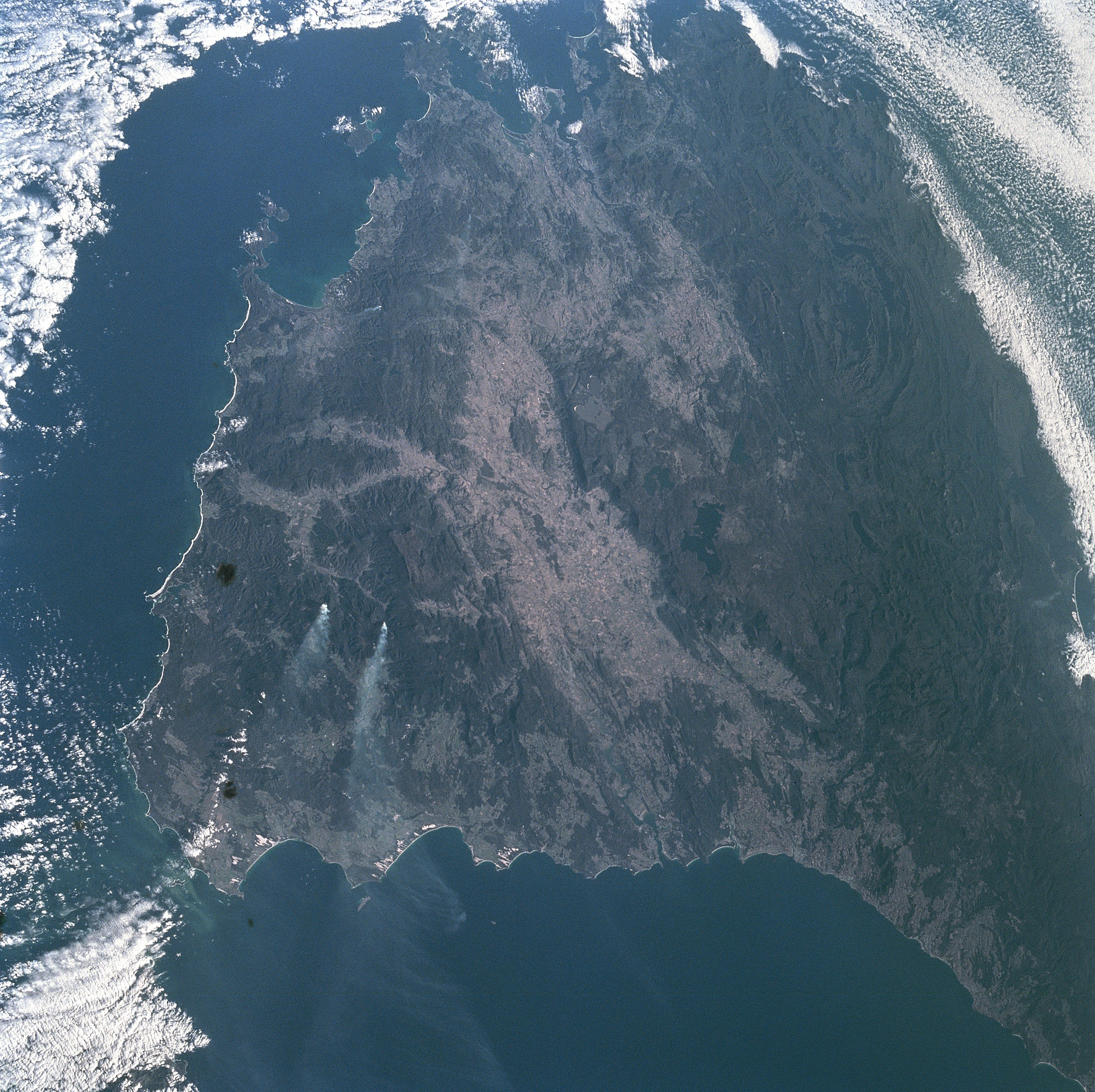 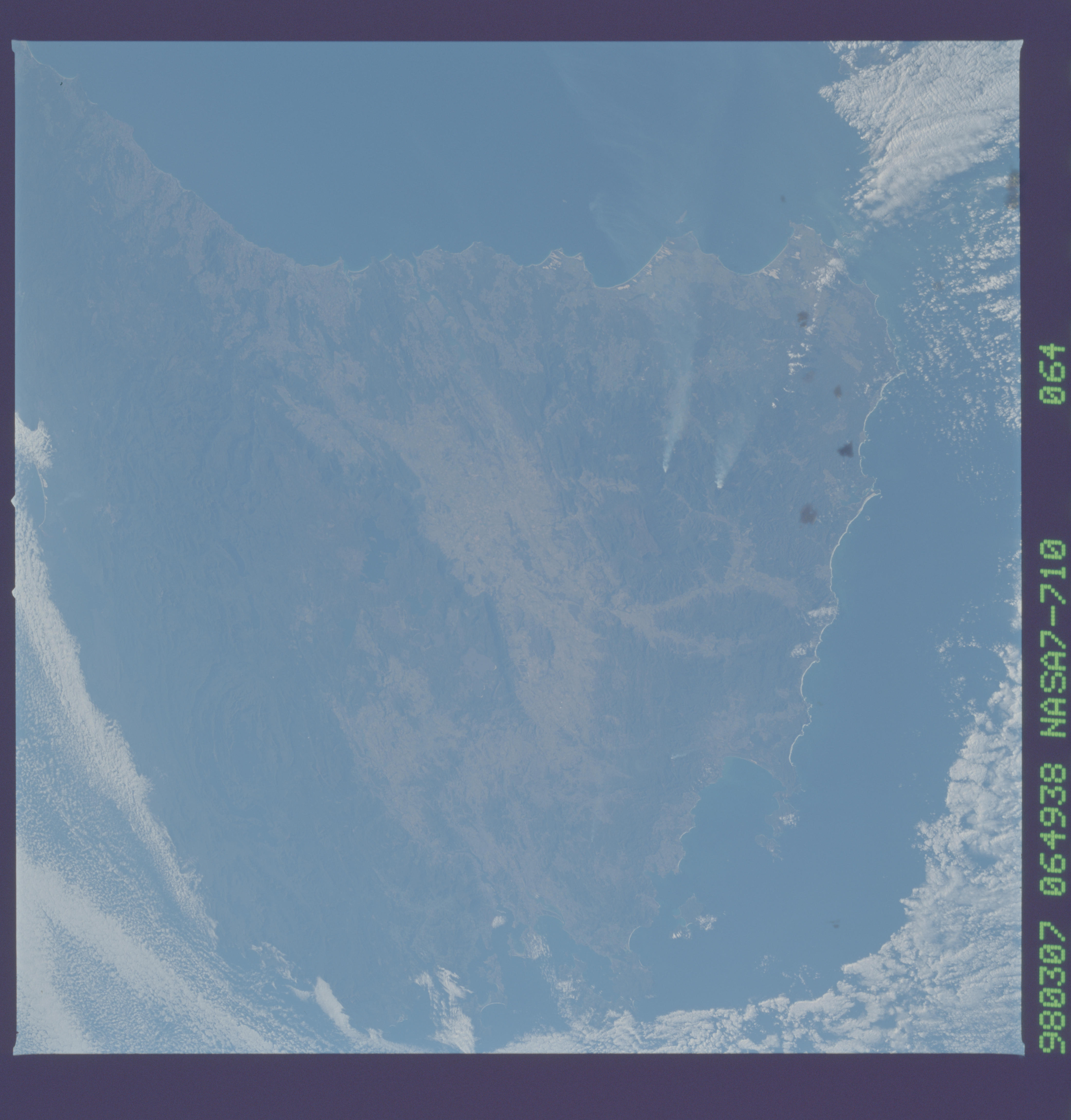 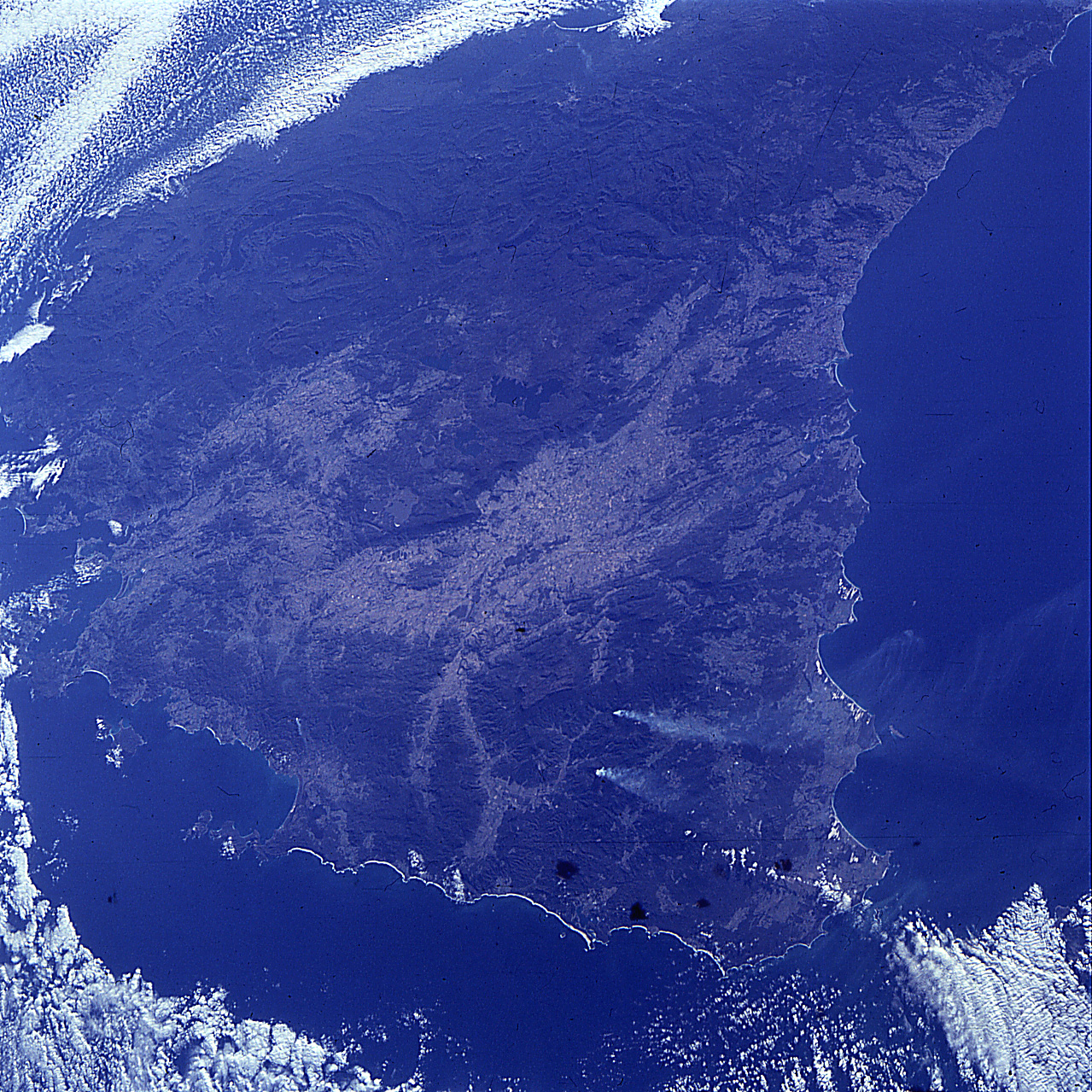 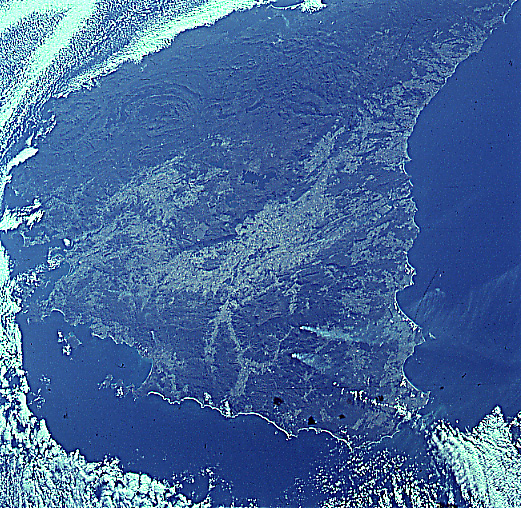 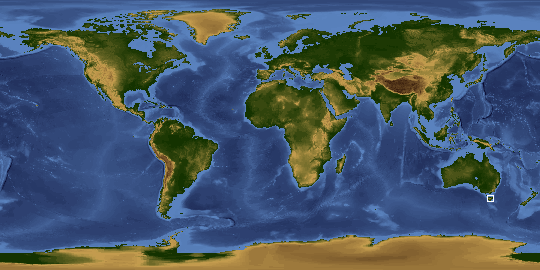 Other options available:
Download Packaged File
Download a Google Earth KML for this Image
View photo footprint information
Image Caption: NASA7-710-064 Island of Tasmania, Australia Winter/Spring 1998
Tasmania, also known as the Apple Isle, is roughly triangular in shape and lies 150 miles (240 km) south of mainland Australia. Seen is this west-looking view, Tasmania was once part of mainland Australia until about 10000 years ago, when rising sea levels created the shallow Bass Strait (right edge of image). Geologically, the island is part of the Great Dividing Range, which runs the length of mainland Australia's eastern coast. Tasmania is the most mountainous of all of the Australian states with eight of the island's mountain peaks exceeding 4920 feet (1500 meters). Mount Ossa in the central plateau (near the center of the image) is the highest peak at 5305 feet (1617 meters). A network of lakes and rivers exists throughout the Tasmania's mountainous areas. Tasmania is dominated by a high central plateau that exceeds, in some areas, 3300 feet (1000 meters) in elevation. The coastline of the island is ragged. The climate of Tasmania is mild and moist. The island has a population of 471000 (1998) and is the smallest in population of the six Australian states. Half of the population lives in the Hobart region (left center) on the southeastern coast of the island. Farming, timber harvesting, fishing, mining, and tourism are the major industries of Tasmania. Two smoke plumes are visible near the bottom center of the image.