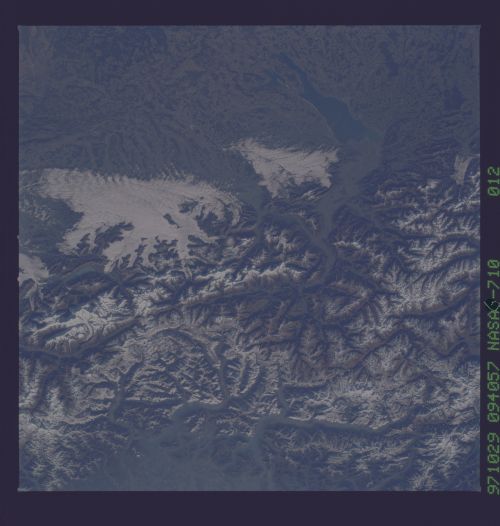 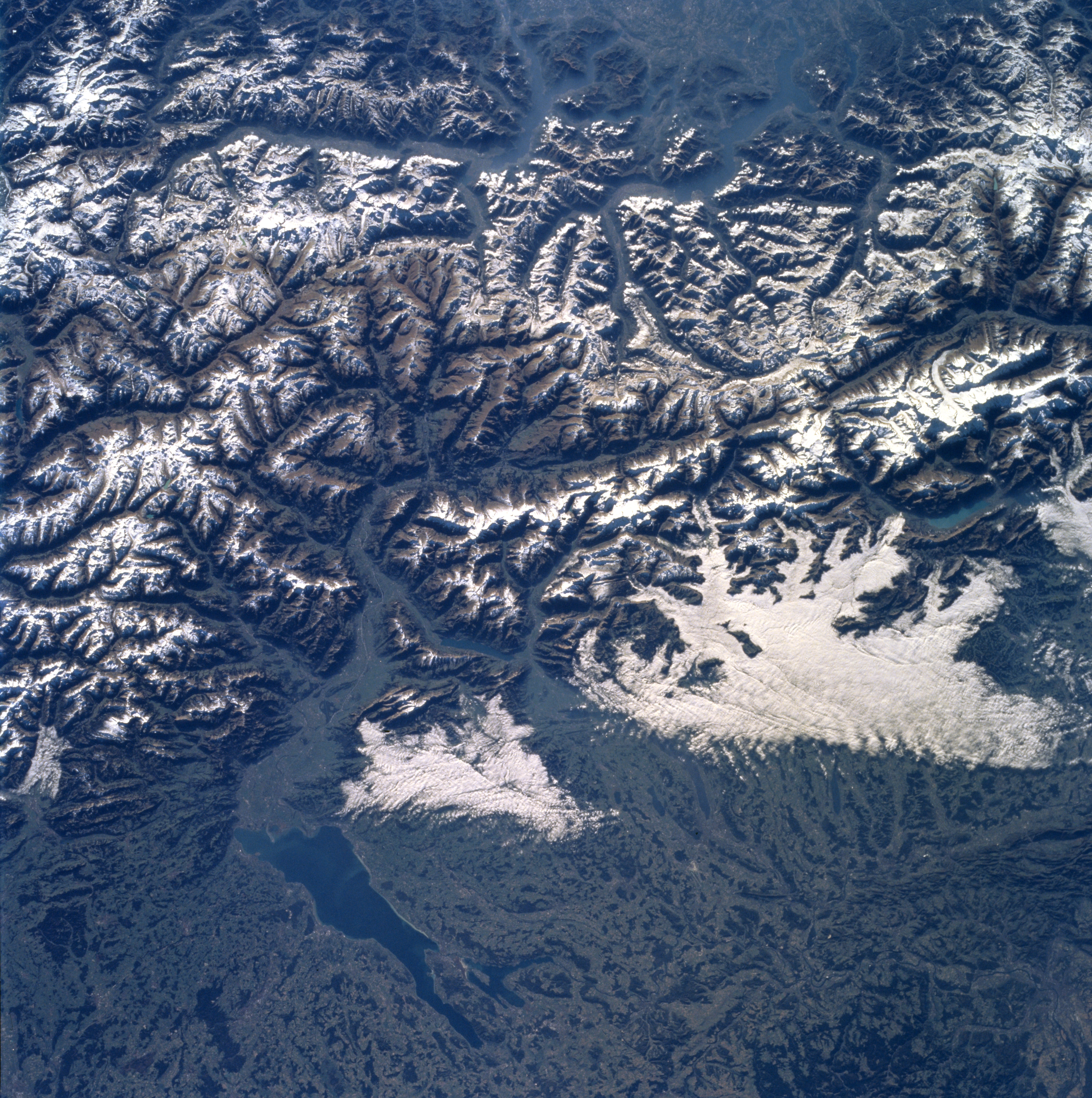 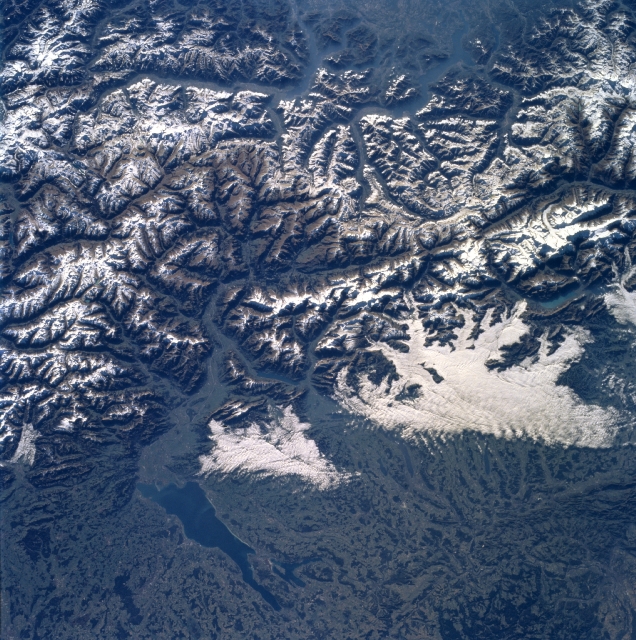 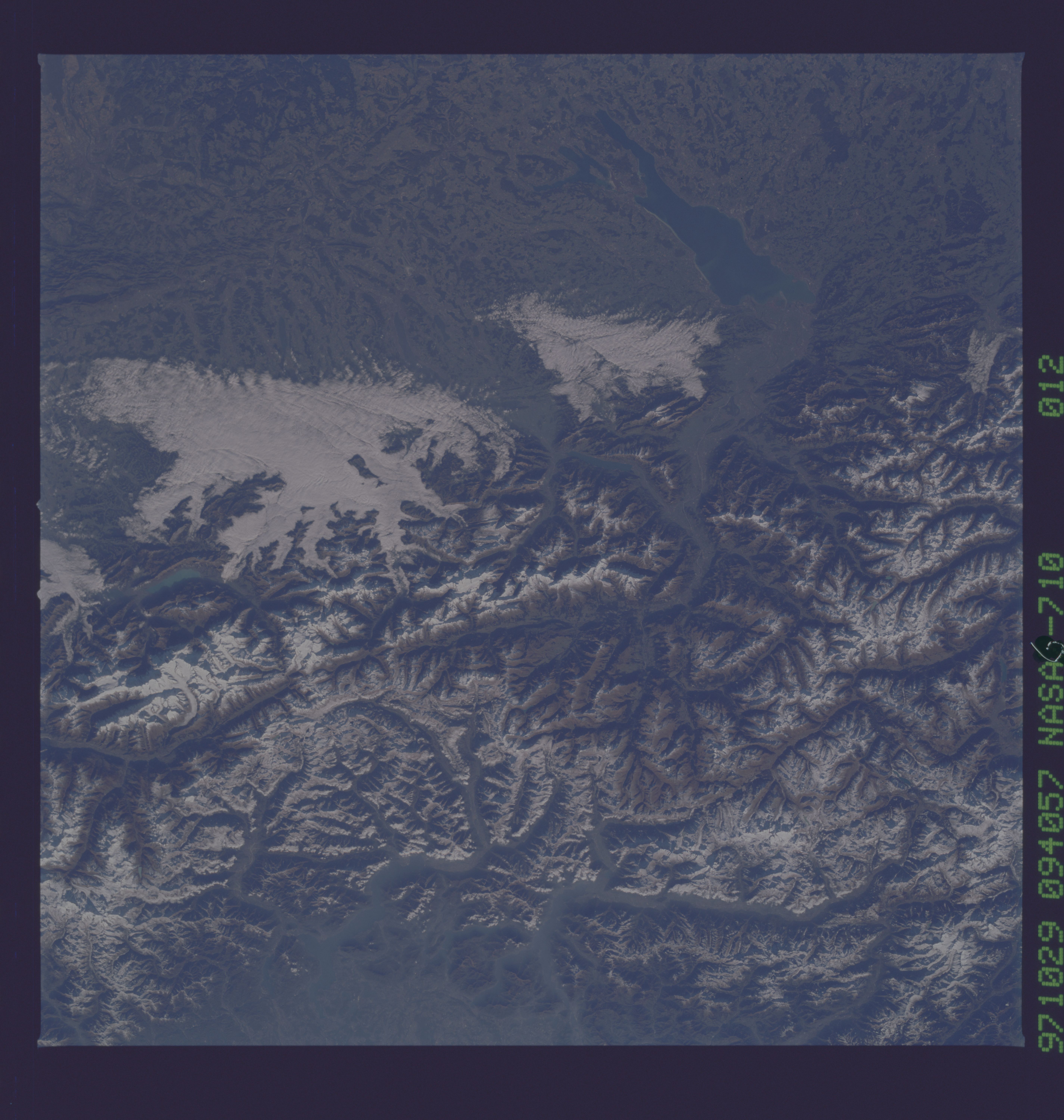 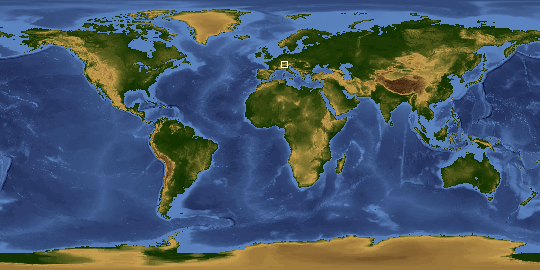 Other options available:
Download Packaged File
Download a Google Earth KML for this Image
View photo footprint information
Image Caption: NASA6-710-012 Lake Constance, Alps, Switzerland Fall/Winter 1997
The majestic snow-covered Alps can be seen in the southeastern-looking view. The Alps are the highest mountain range in Europe. The Alps began to form nearly 40 million years ago and continue to grow today as the Africa plate continues to move northward into the European plate. The core of the Alps is composed of hard crystalline rocks, mainly granite, gneiss, and mica schist. Spreading out from this core region is a wide zone of softer sedimentary rocks, mainly hard limestone and weaker sandstones and shale. The Alps form a barrier between the warm air of the Mediterranean to the south and the colder temperatures of northern Europe. The part of the Alps shown in this image is the source of the Rhine River. In the bottom left portion of the image, Lake Constance is discernible. The lake, which is 42 miles (68 km) long and covers an area of 208 square miles (539 square km), is fed by and drained by the Rhine River. The lake has a maximum depth of 827 feet (252 meters). Fruit is grown on the lake's fertile shores, and wine making, fishing, and tourism are major industries.