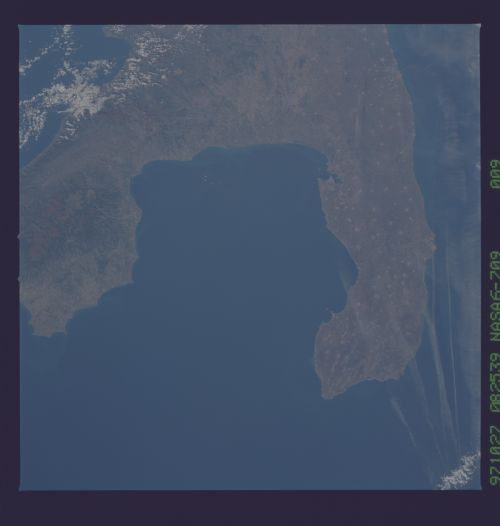 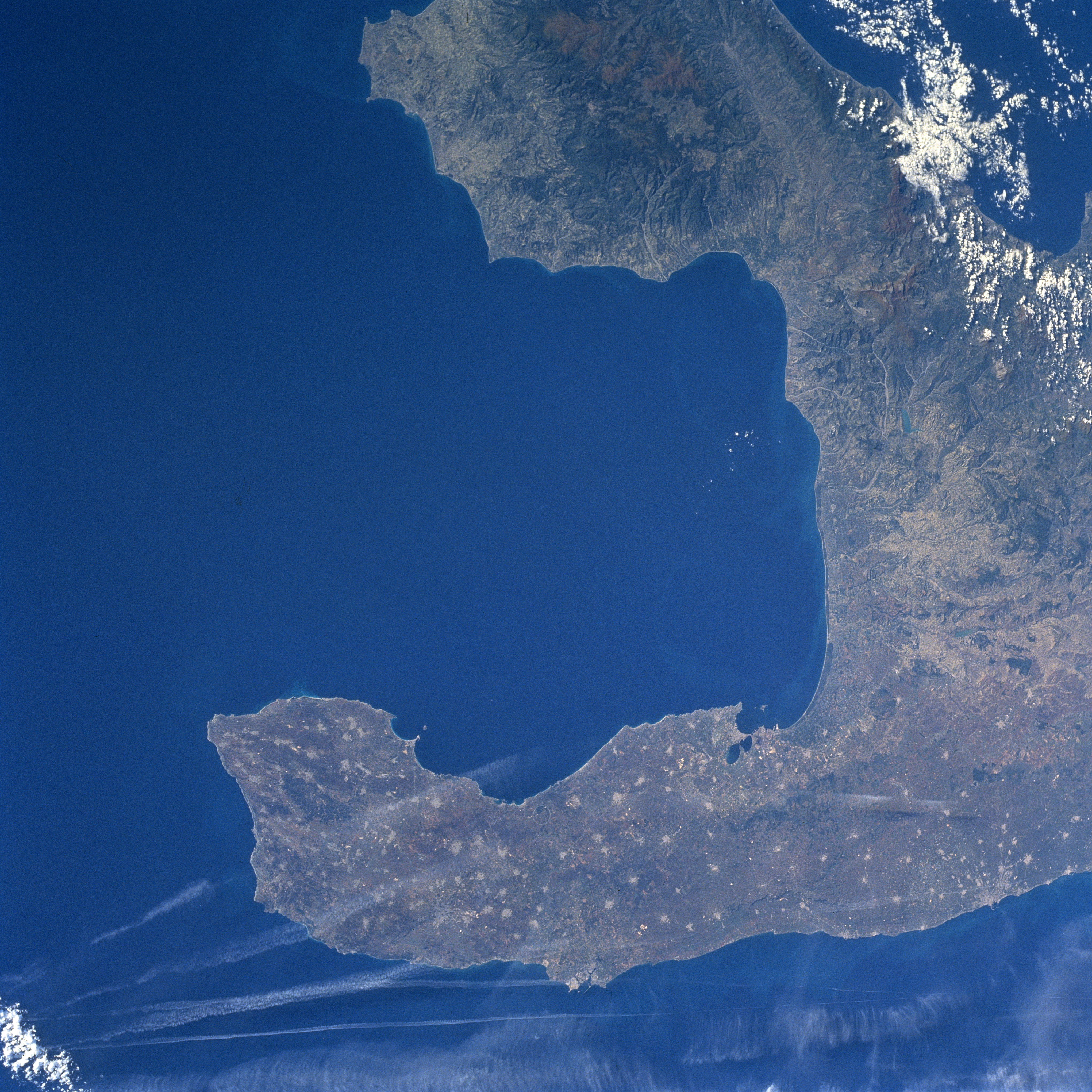 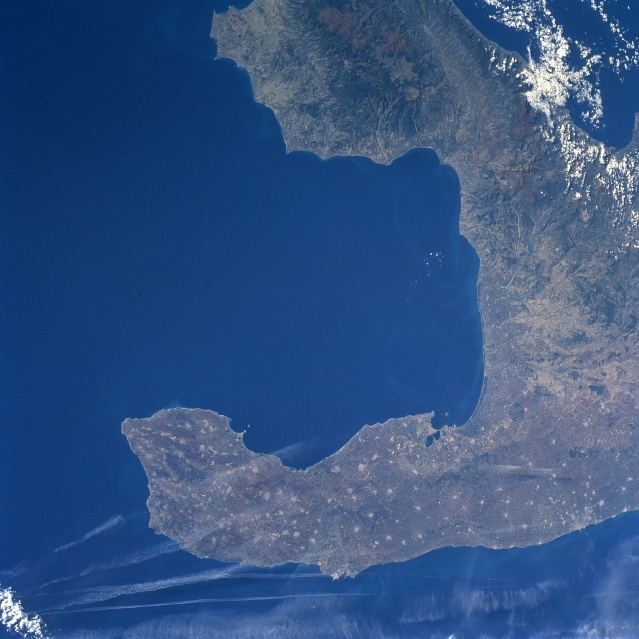 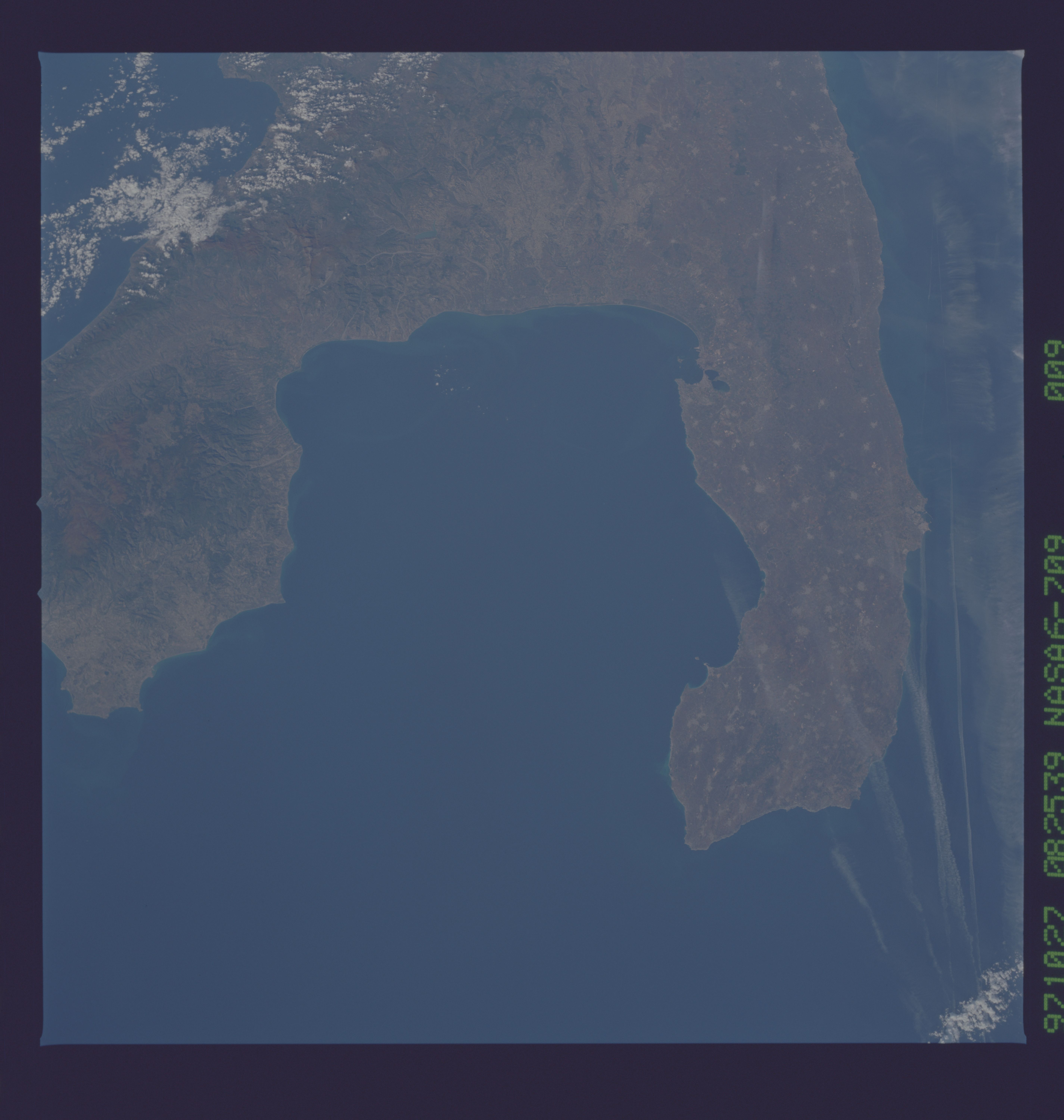 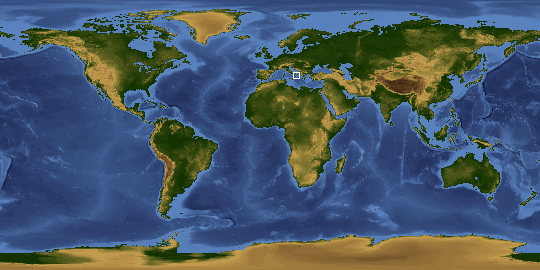 Other options available:
Download Packaged File
Download a Google Earth KML for this Image
View photo footprint information
Download a GeoTIFF for this photo
Image Caption: NASA6-709-009 Puglia, Italy Fall/Winter 1997
The Salentino Peninsula (bottom of image), also known as "the heel of Italy," is the elongated promontory that juts southeasterly from the larger Italian Peninsula. This peninsula is bordered by the Adriatic Sea to the northeast (bottom of image) and the Gulf of Taranto to the southwest (center of image). The peninsula consists of gently rolling hills and coastal plains, thereby promoting an agrarian economy. The numerous, light colored, speckled-looking spots seen throughout the peninsula shows the location of small agricultural towns and villages. There is an industrial triangle that extends from Taranto, noted for its large steel-making facility (northern coast of Gulf of Taranto) to Brindisi, known for its chemical plants (bottom center along Adriatic Sea), and finally to Bari, the most notable city with a diversified industrial base (along Adriatic coast-bottom right). The northeastern portion of the Calabrian Mountains can be seen along the top edge of the picture. A few wispy-looking clouds can be seen at the bottom of the image but the long, linear white features are contrails from jet aircraft.