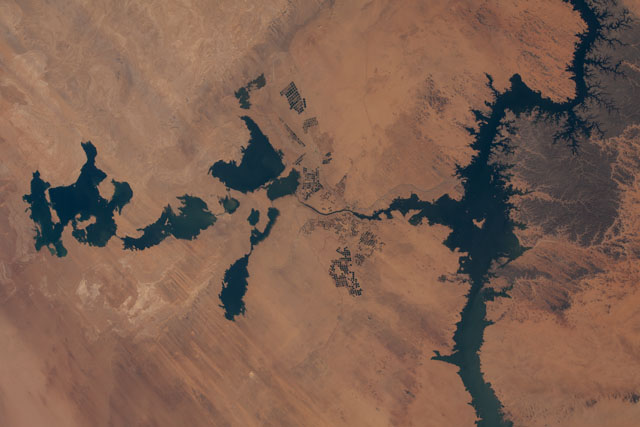 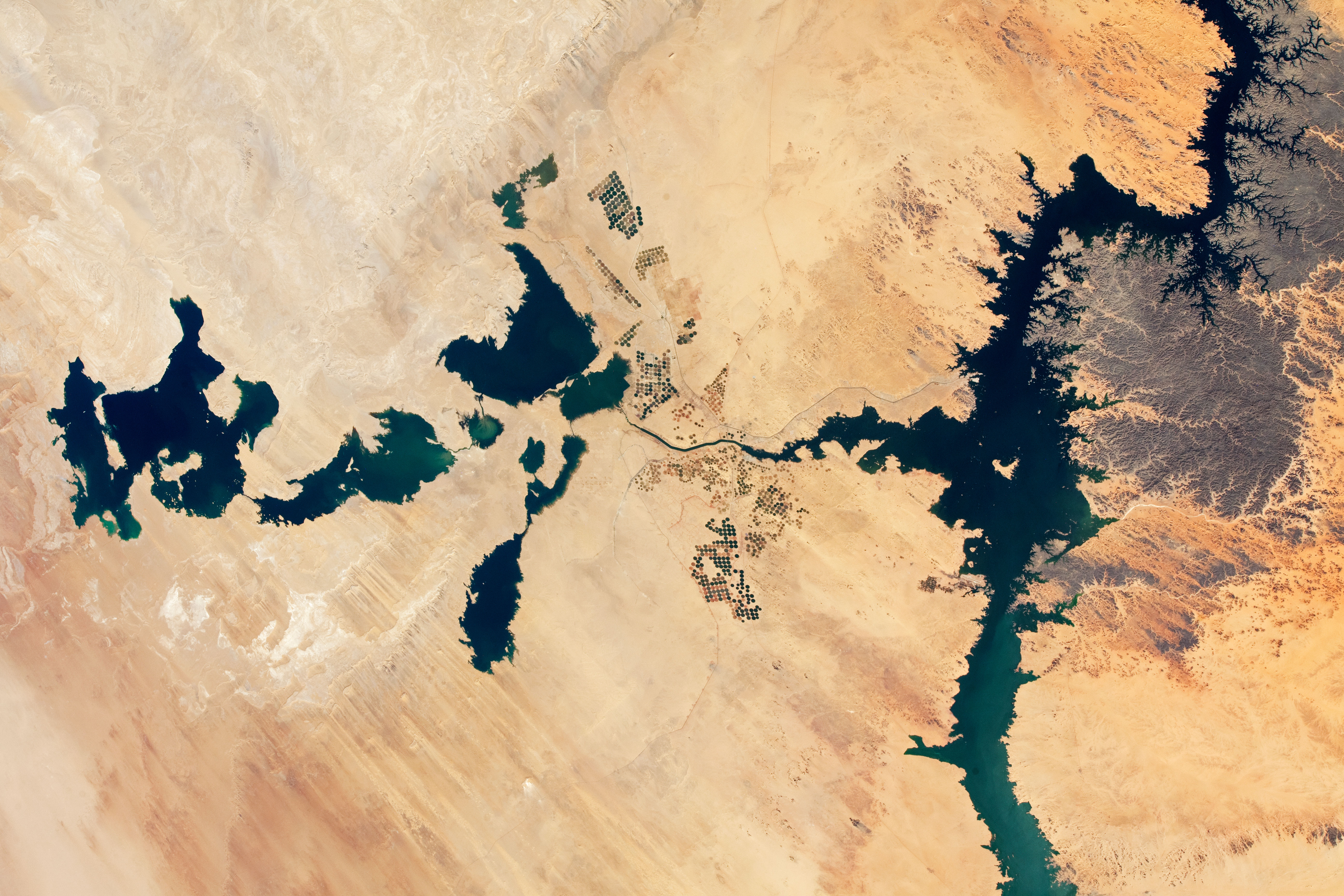 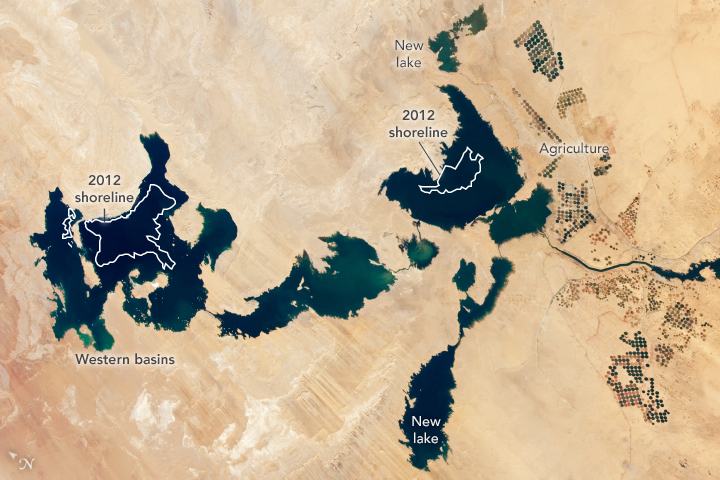 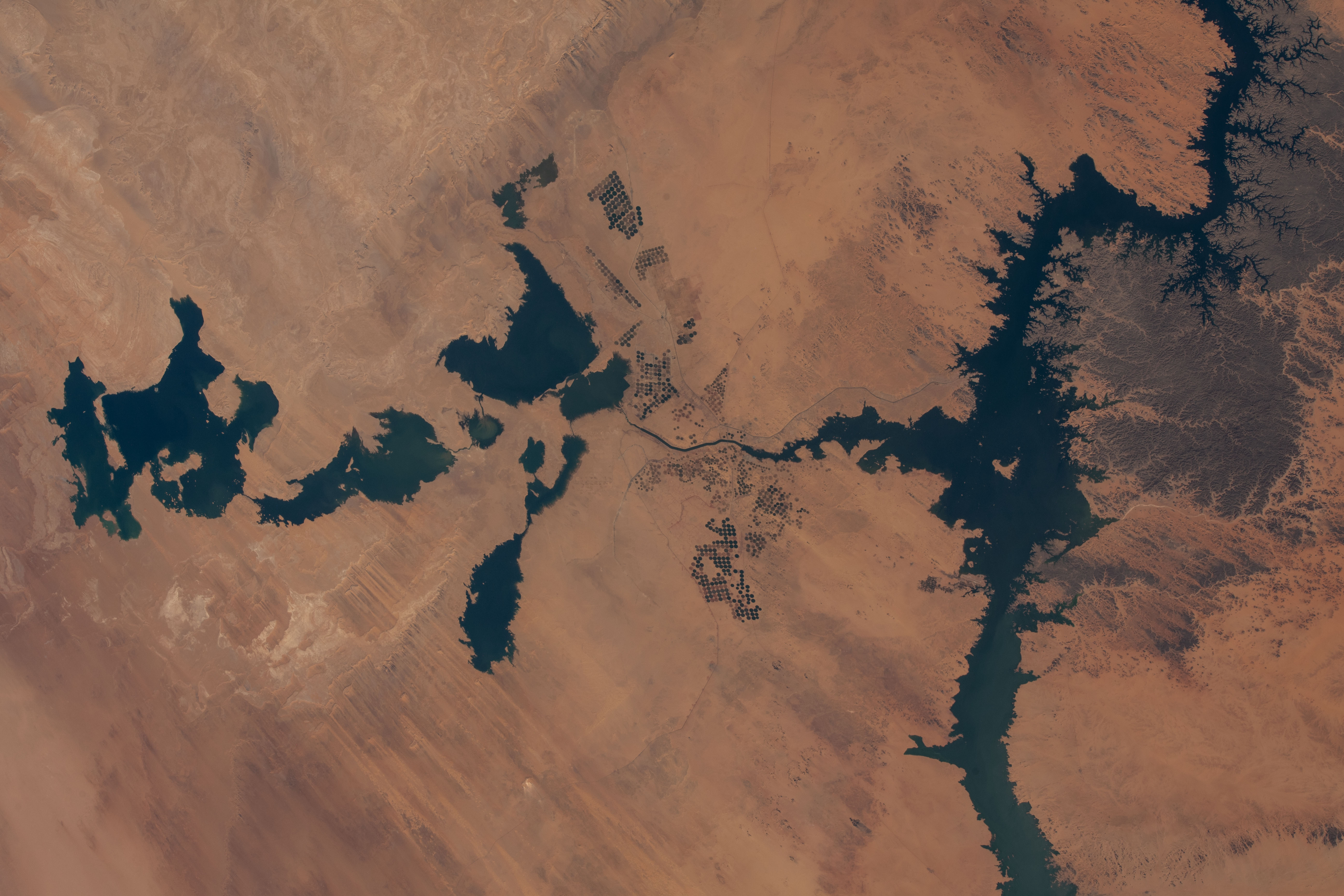 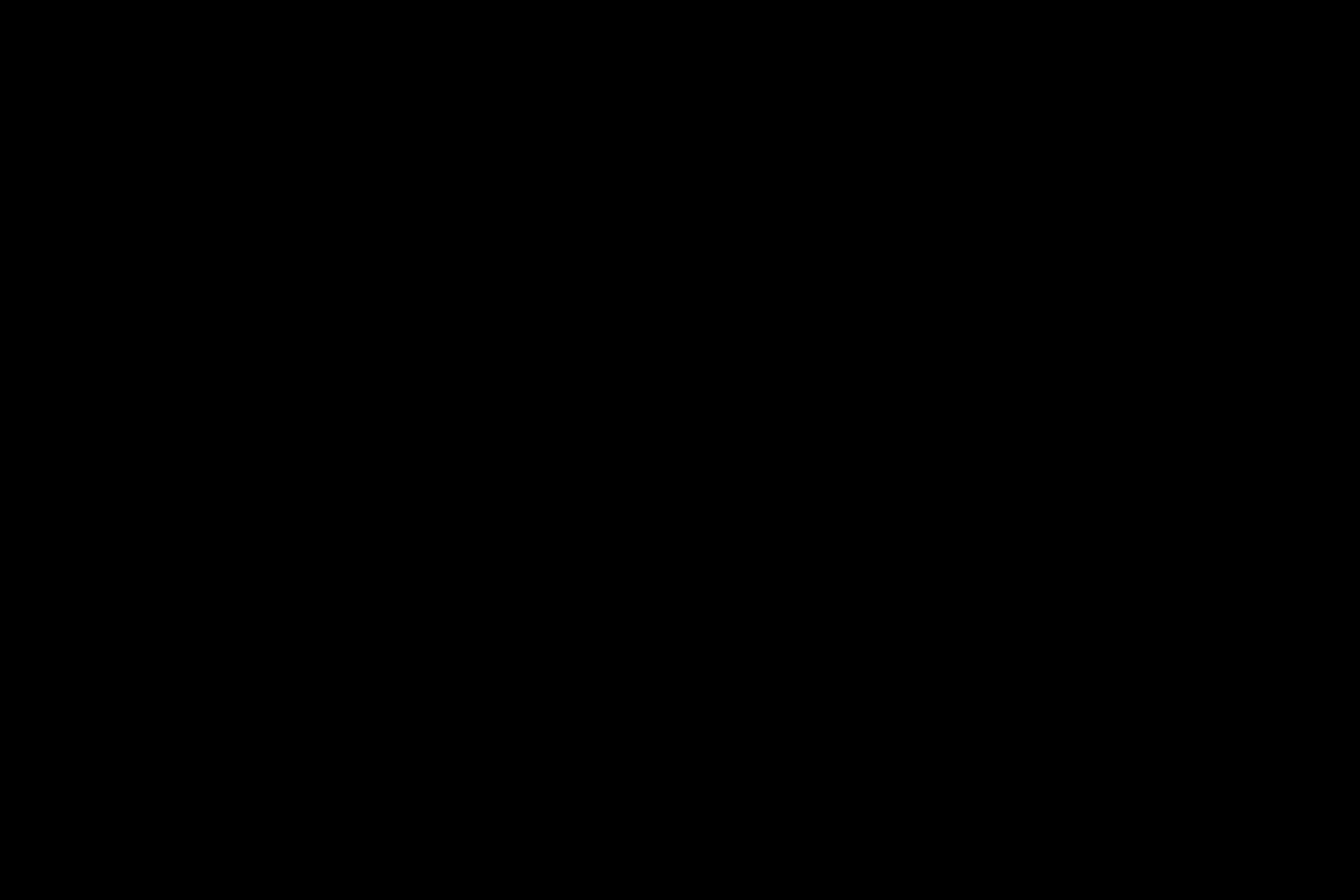 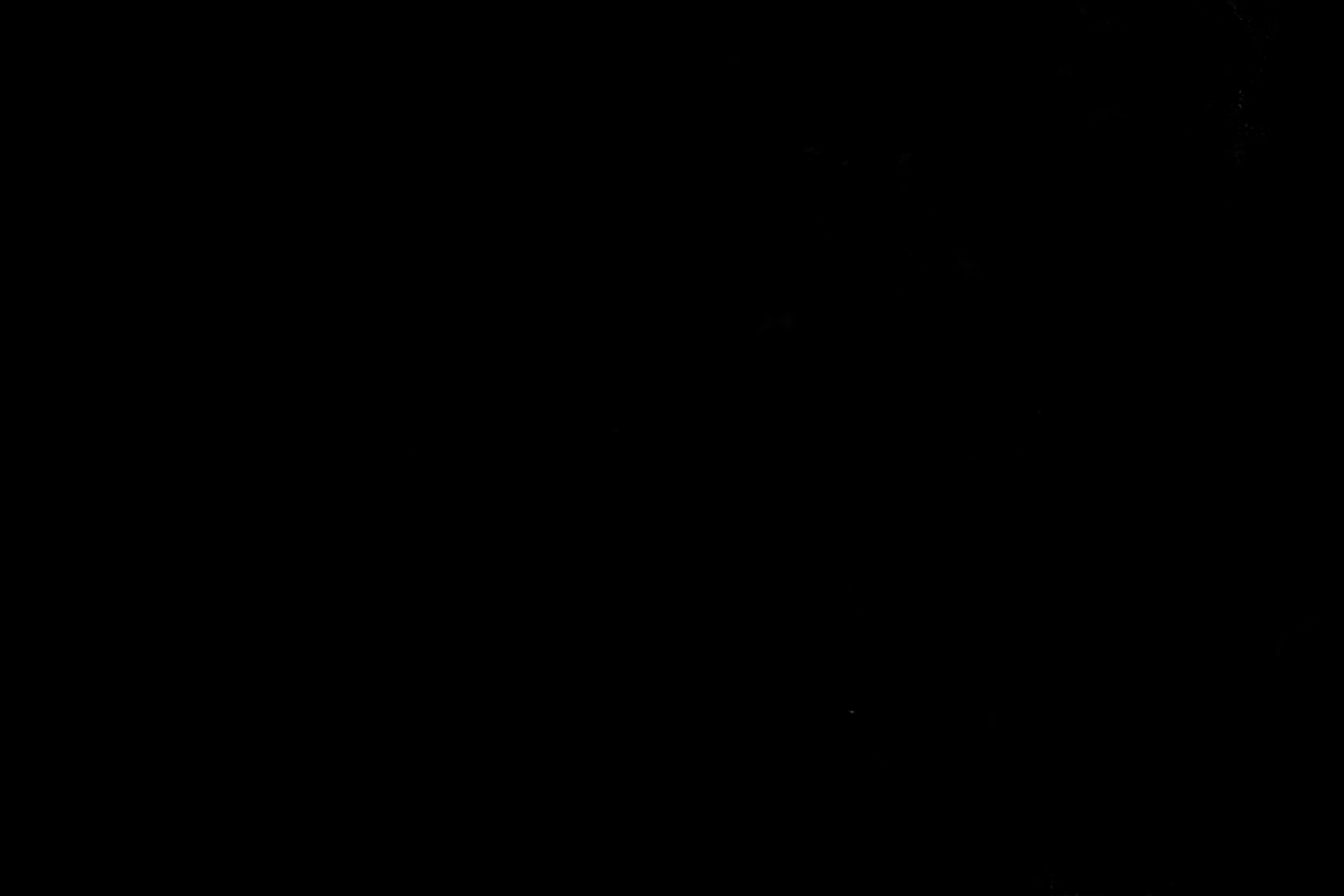 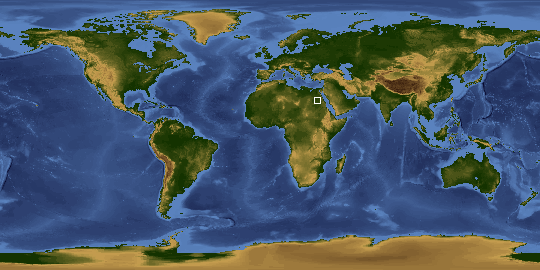 These photographs record almost two decades of growth and decline at the Toshka Lakes, a chain of lakes in southern Egypt's New Valley. All three images were taken by astronauts from orbit on the International Space Station, but each was taken with a different camera and slightly different focal length.

The lakes are natural depressions in the Sahara Desert that are filled by overflow from Lake Nasser, the enormous 550 kilometer-long (340-mile) reservoir built on the Nile River. A small arm of Lake Nasser appears in the 2021 image (far right).

The rise and fall of Toshka Lakes depend on multi-year fluctuations in the flow of the Nile. The lakes were full in 2002 (top image) after the Nile experienced several years of high floods. By 2012, the lakes had mostly dried up due to low flow in the river. In subsequent years (2017 and 2018, not pictured), the lakes shrank even more, leaving only small remnants of water in the western basins.

Starting in 2019, summer rainfall in Sudan and South Sudan was abundant enough to raise the water level in Lake Nasser, which allowed the eastern Toshka basin to start filling. In 2020 record-breaking floods occurred in Sudan, resulting in the highest water level ever recorded in Lake Nasser. Again in 2021, Sudanese floods approached record levels. The result was rapid filling of the Toshka Lakes.

The November 2021 photo shows the lakes with more water than ever before. It also indicates that new lakes have formed in depressions to north and south of the eastern basin. The area of the original lakes even expanded slightly above levels seen in 2001. Areas under cultivation also have expanded greatly in the 19 years since the first photo.

The ambitious Toshka Lakes project was designed to provide irrigation for new agricultural developments, and to attract people to the region and away from the dense populations of the Nile Valley itself. The project was also intended to protect the Aswan High Dam, the wall that impounds a vast volume of water. Damage or collapse of the dam by overfilling of Lake Nasser would be catastrophic for Egypt’s populations downstream. Overfilling can result from sustained high rainfall in the upstream countries, or from water releases from dams in Sudan and Ethiopia during flood events.