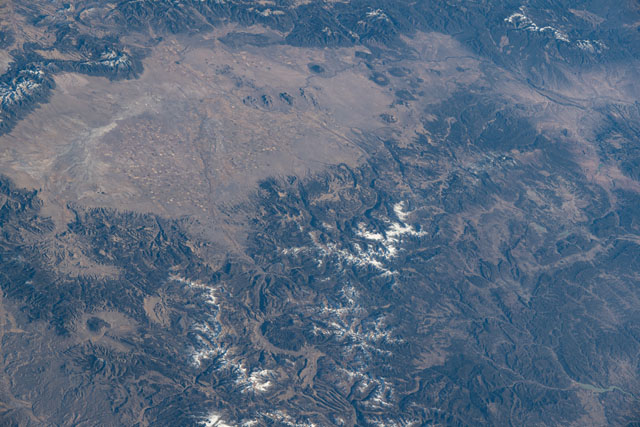 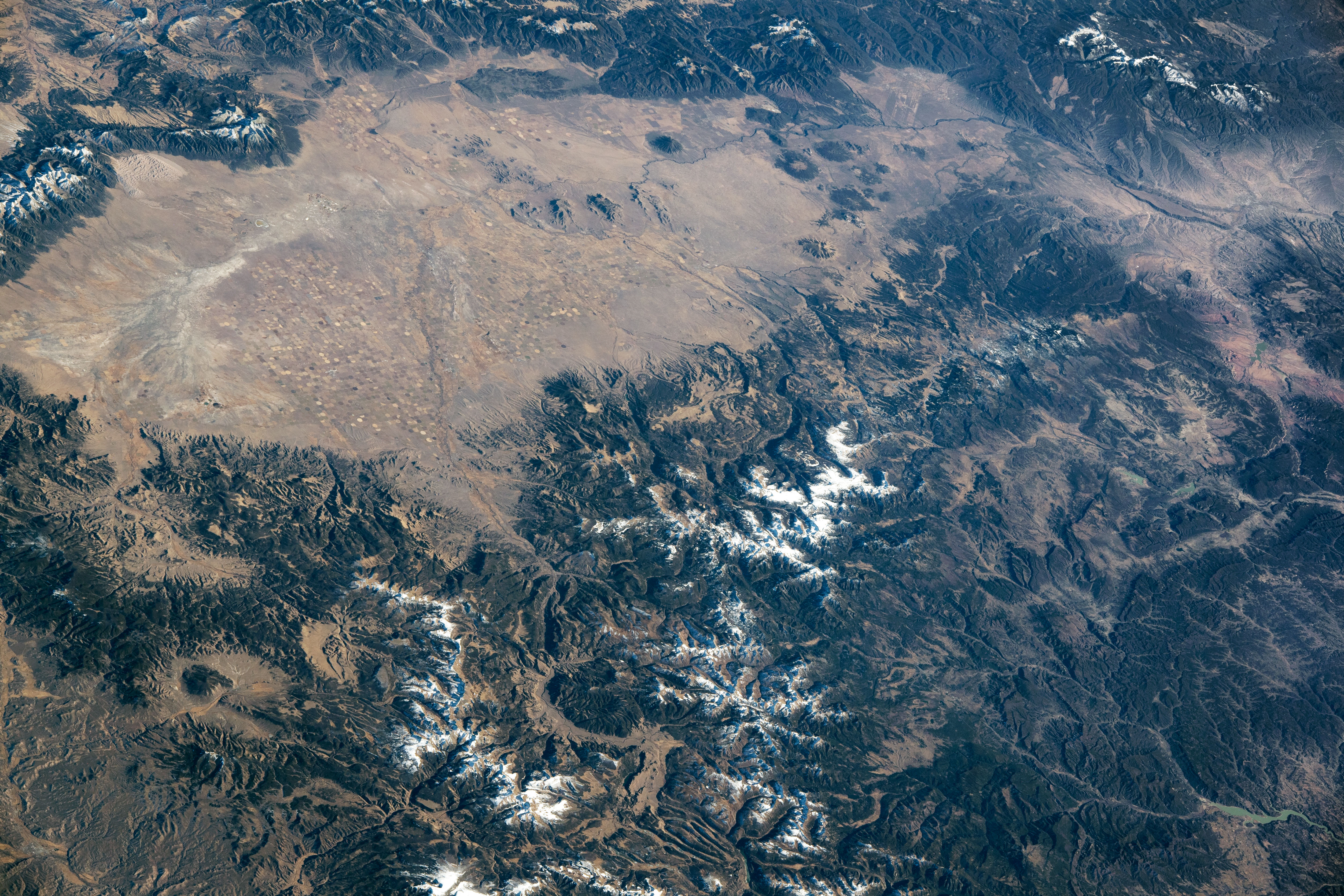 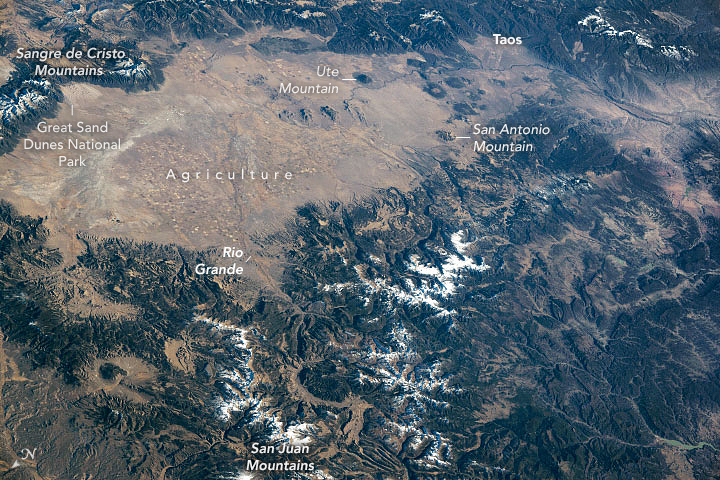 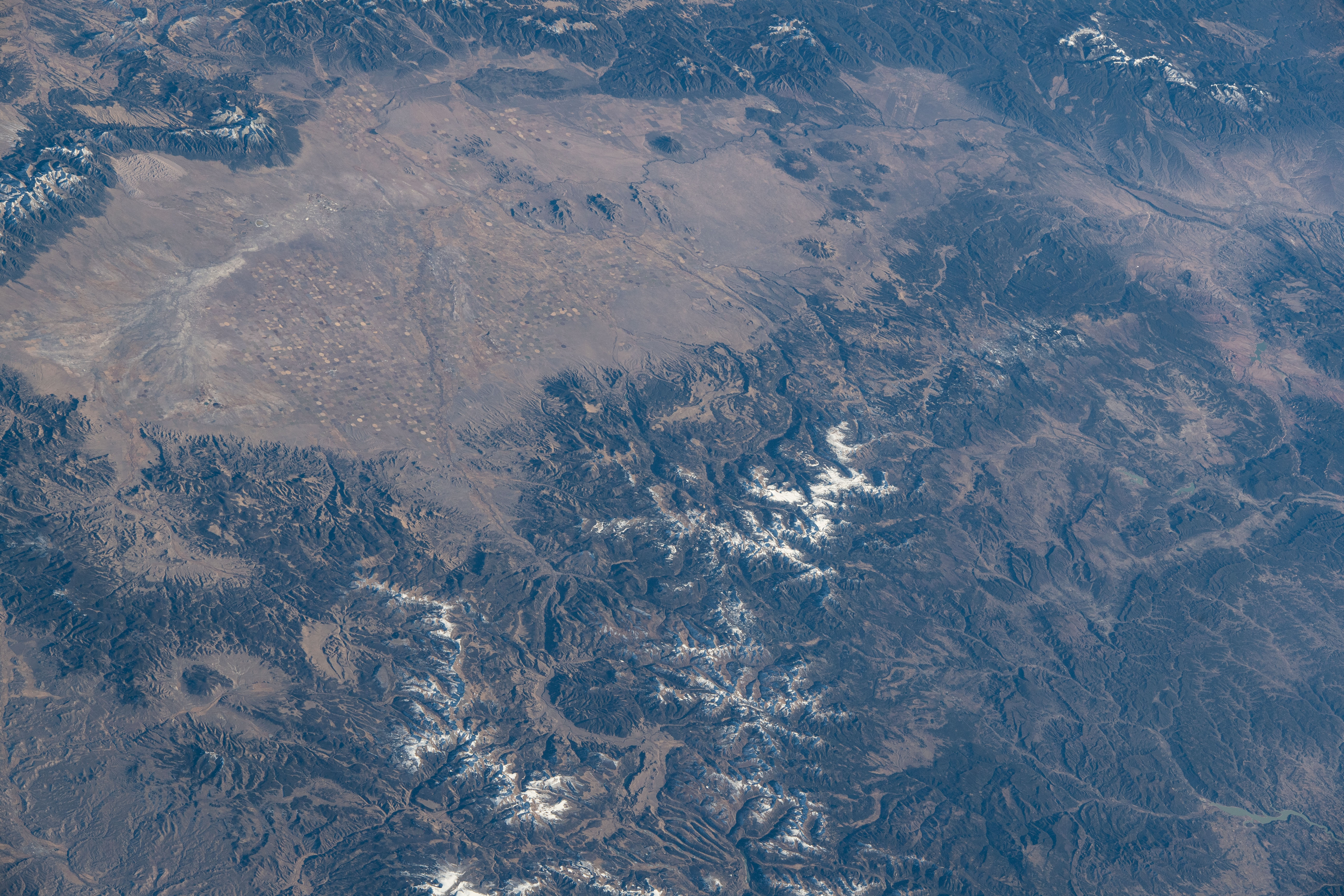 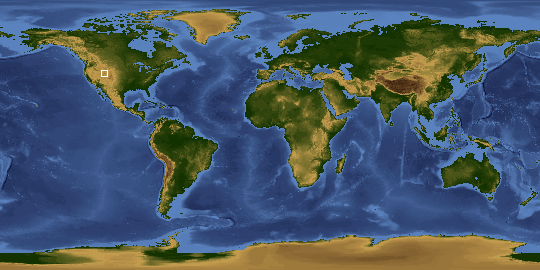 While passing over the Rocky Mountains, an astronaut onboard the International Space Station (ISS) took this oblique photograph of the San Luis Valley along the border of Colorado and New Mexico. The light-colored dunes of Great Sand Dunes National Park stand at the base of the Sangre de Christo Mountains.

Located on the east side of the San Juan Mountains (north is to the left in the photo), the San Luis Valley started forming millions of years ago. Extended cycles of erosion and volcanic extrusion resulted in the formation of the basin.

Extinct volcanoes speckle the southern margin of the valley—an area known as the Taos Plateau Volcanic Field. Free-standing mountains in the volcanic field, such as San Antonio and Ute, are lava domes that were formed during eruptions almost 3 million years ago.

Originating in the San Juan Mountains, the Rio Grande flows through the center of the valley and continues south toward the Gulf of Mexico. The river has provided water and irrigation to people in the American Southwest for thousands of years, including the community of Native Americans that live in Taos. Agriculture in the area is dominated by potatoes, lettuce, spinach, and quinoa.

Since the 1960s, NASA has brought astronauts to the Taos Plateau for training in rock sampling and field geology and for practicing lunar-like surface operations. First visited during the Apollo era, the area is still a primary field training area for astronaut candidates. The San Luis Valley served as a planetary analog for the Apollo 15 lunar landing site at Hadley Rille. The southern area of the valley contains igneous rock structures similar to those on the lunar surface. Such field training prepares current and future astronauts for exploration of the Moon and Mars.