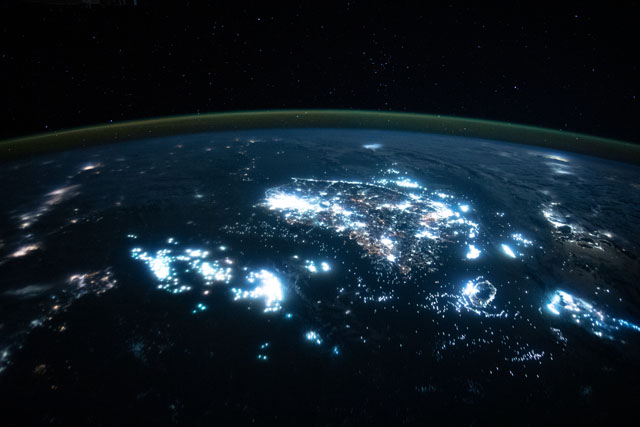 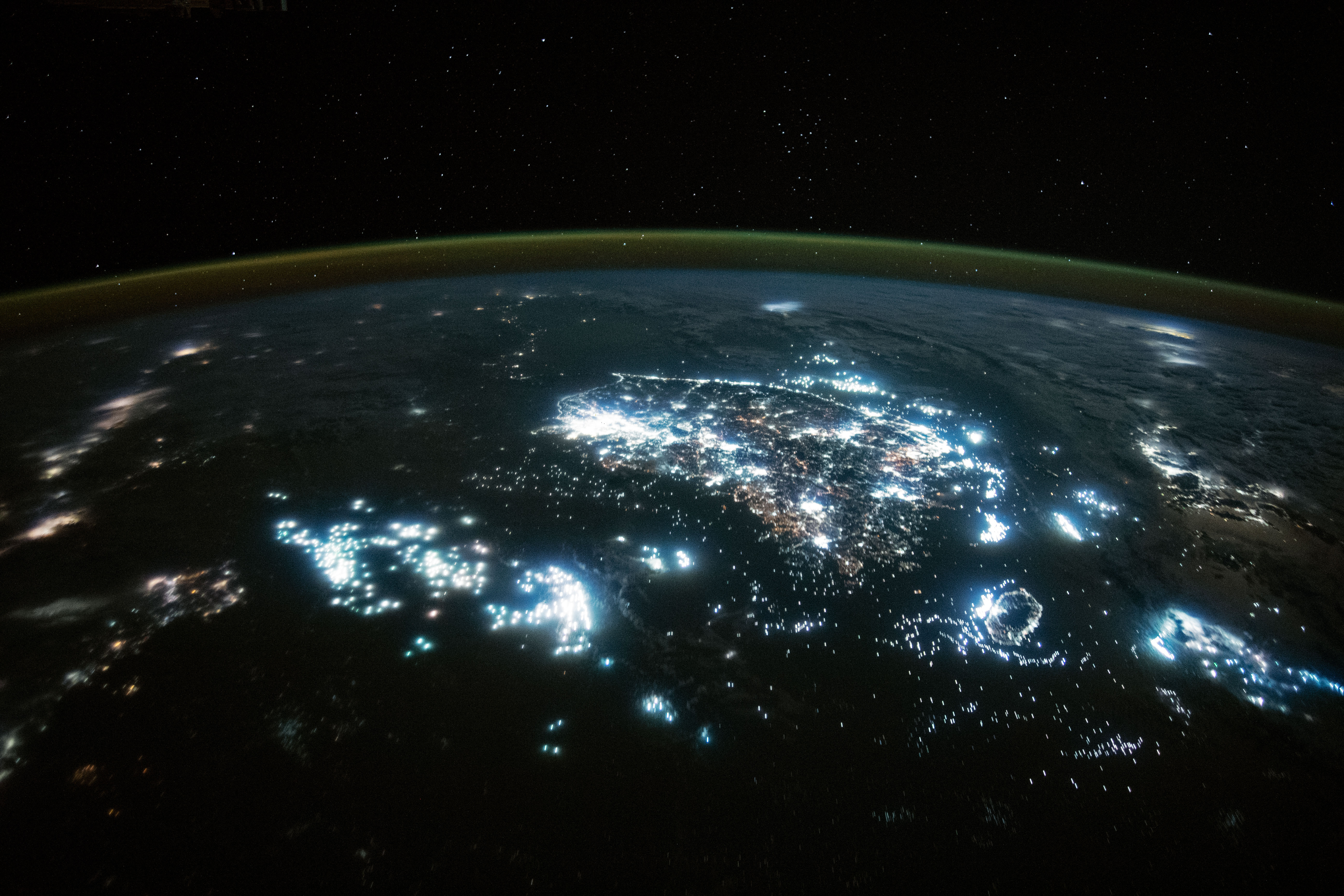 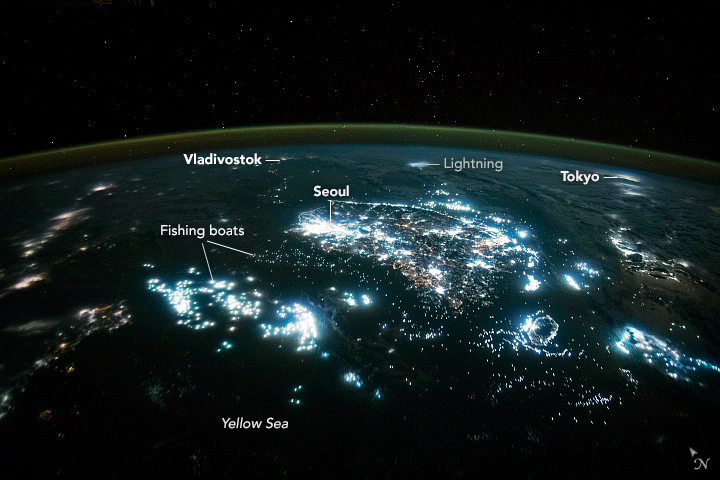 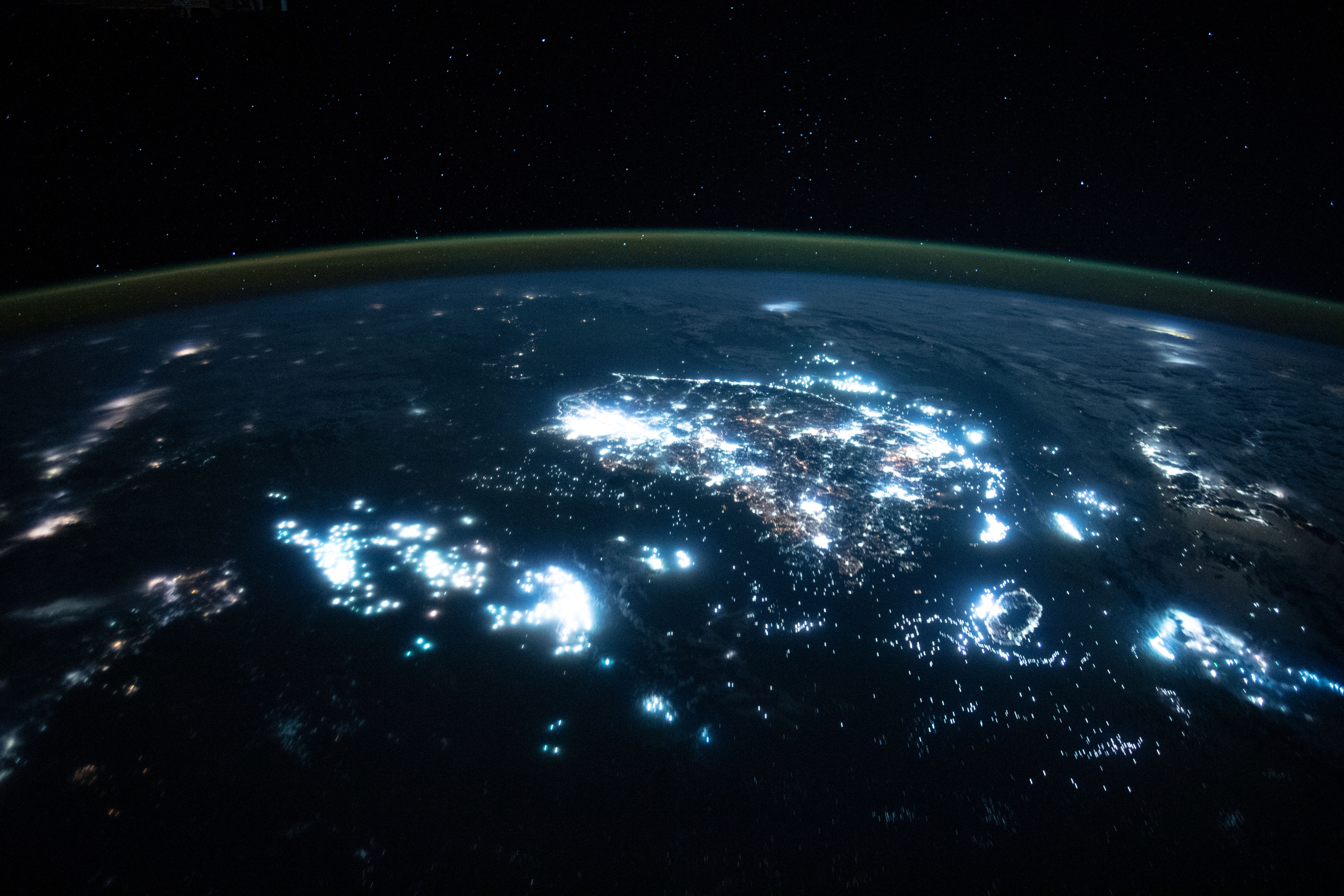 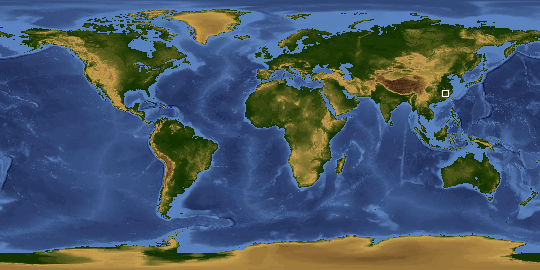 A medley of lights greeted astronauts onboard the International Space Station (ISS) as they looked toward eastern Asia and the Korean Peninsula in October 2021. Lightning flashed among the clouds in the distance, and the glow of human activity emanated from the land and sea surfaces. Heavily populated urban centers were particularly radiant, with Seoul, Vladivostok, and Tokyo each measuring a factor of 27 or more above natural sky brightness. (Note that their brightness in this photo is affected by cloud cover and by relative distance from the ISS.)

This photograph also contains another source of human-created light: fishing boats trawling the shallow waters of the Yellow Sea. Several marine species are attracted to light, so nighttime fishing is often aided by the use of high-powered floodlights to improve the catch. The floodlights also make the boats visible from space. While some individual fishing boats can be identified in the photo, others are grouped so densely that they can almost appear as bright as urban centers on land.

Autumn is peak season for Yellow Sea fisheries, where more than 1,600 fishing vessels are detected on an average night. The sea is fished for a variety of species, including hairtail and anchovies.

The region is divided into separate Exclusive Economic Zones (EEZ), which are claimed extensions of a country's borders into the ocean. According to one study, China may draw as much as 20 percent of its fish production from the Yellow Sea.