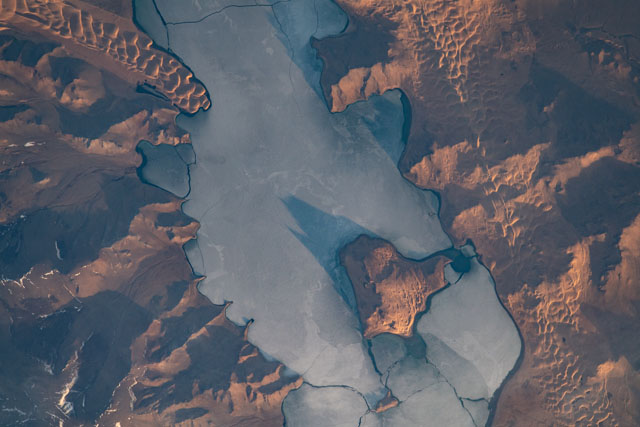 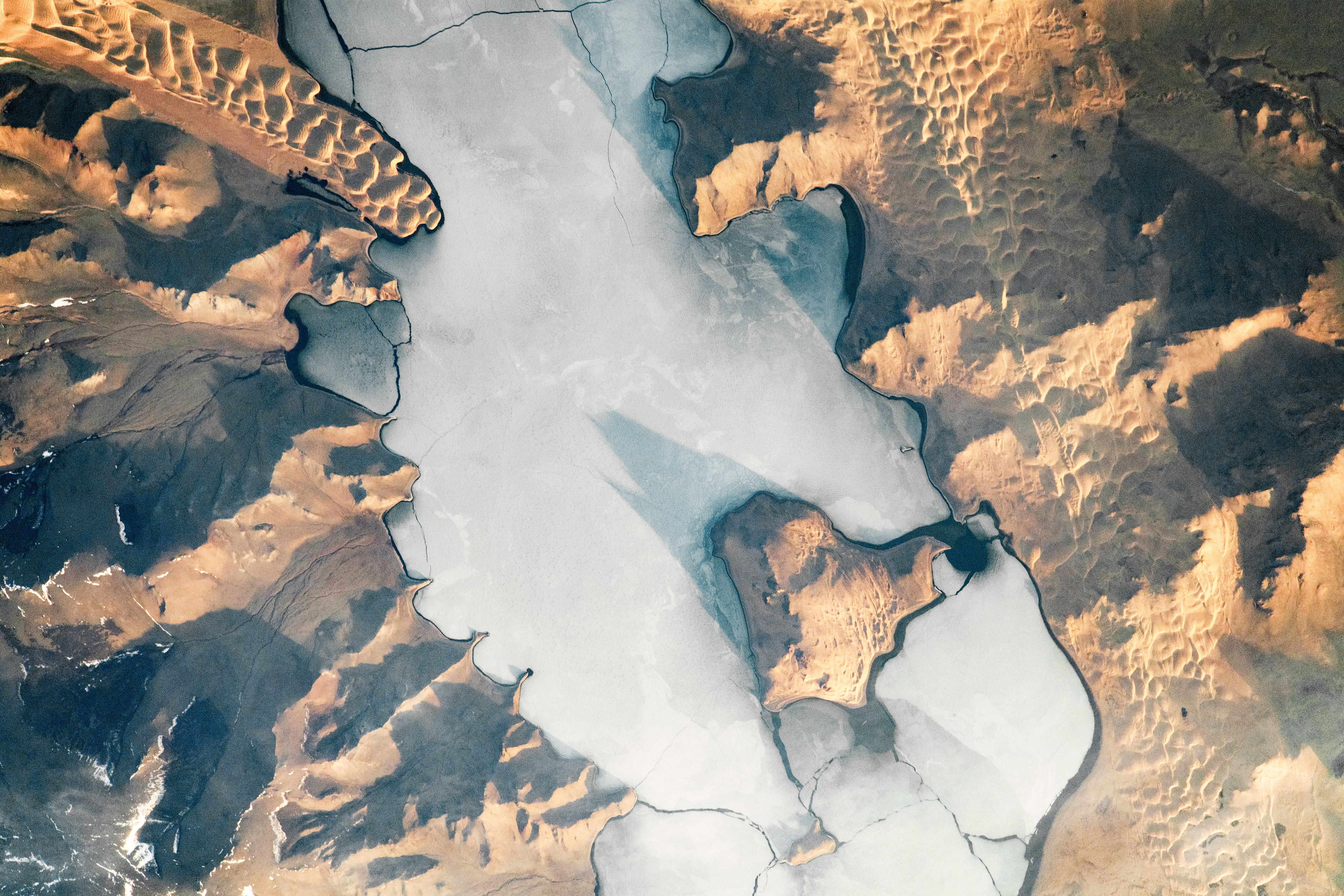 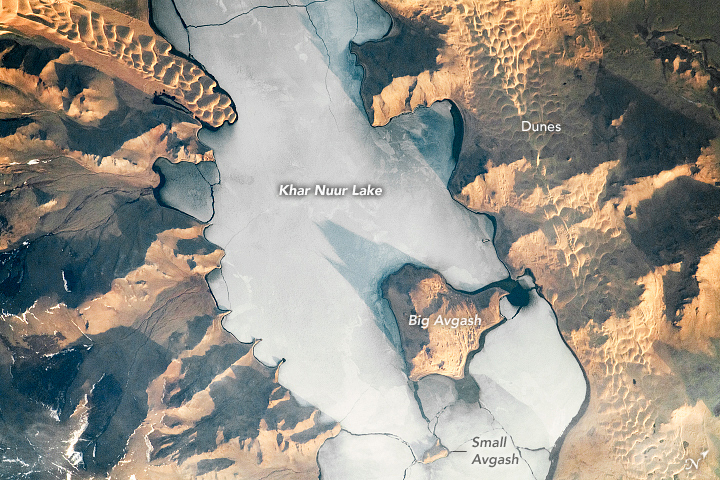 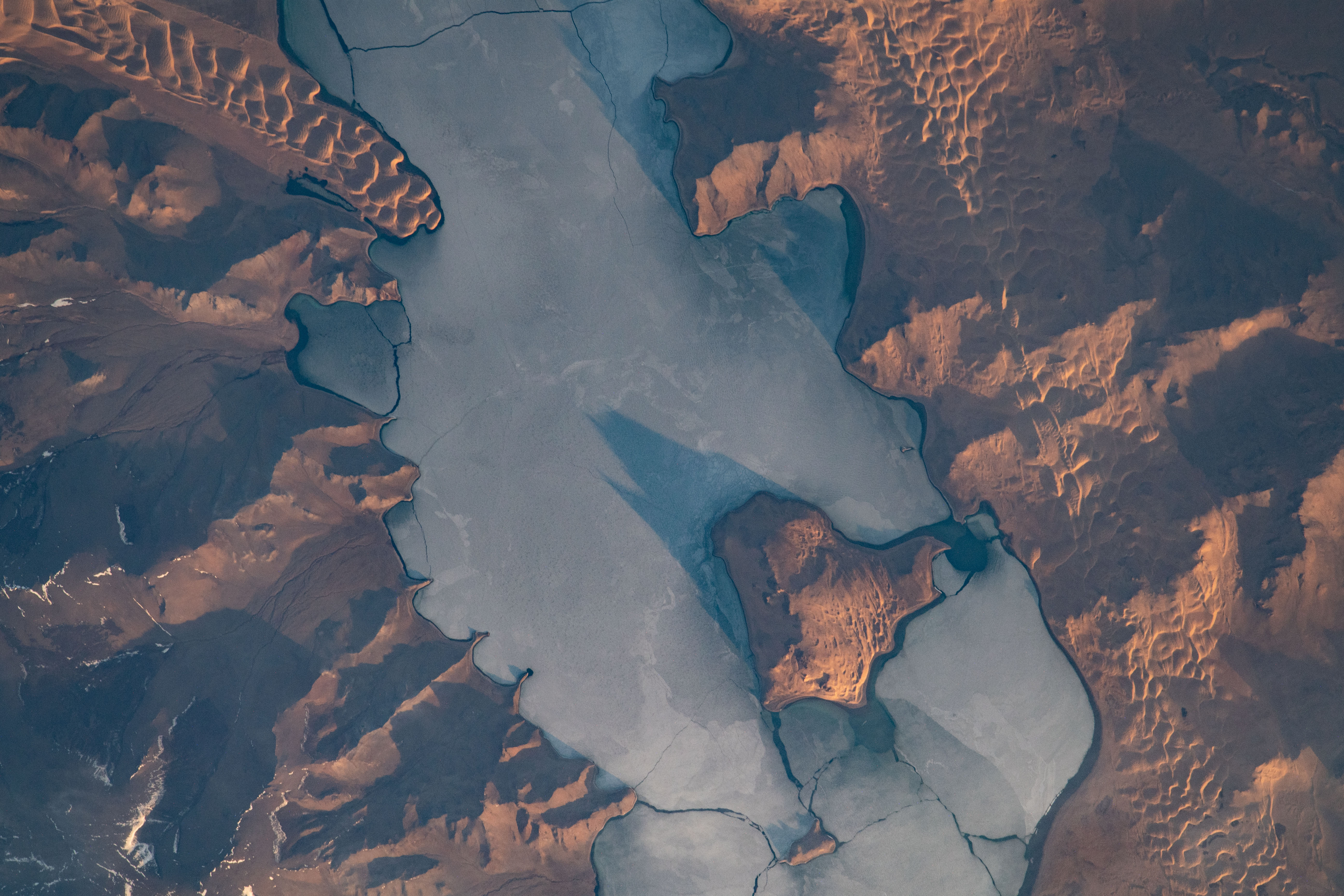 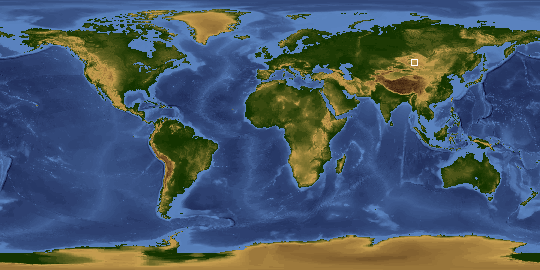 Long shadows creep across Ulaagchinii Khar Nuur in this sunrise photo taken from the International Space Station by an astronaut. The shadows accentuate the topography in and around the lake, including the Big and Small Avgash Islands. Cracks permeate the ice-covered surface of the lake, and dunes skirt the shore. The cold, flat ice surface contrasts with the distinctive, rolling waves of sand dunes. While typically associated with hot climates, dunes can form in all deserts, including the cold steppe of western Mongolia.

Though located in Mongolia’s Great Lakes Depression, the water surface of Khar Nuur Lake is still more than 1900 meters (6,400 feet) above sea level. Due to the high altitude and location, temperatures in the freshwater lake dip below freezing for most of the winter months. Situated in central Asia between China and Russia, Mongolia sits in the subarctic zone where cold air from Siberia extends winter climate patterns well into April.

Khar Nuur is within the Ulaagchinii Khar National Park, which is part of the Eurasian Steppe that stretches from eastern Europe almost to the Pacific Ocean. Steppe regions are home to many vulnerable animals, including a variety of threatened bird species protected within Ulaagchinii Khar.