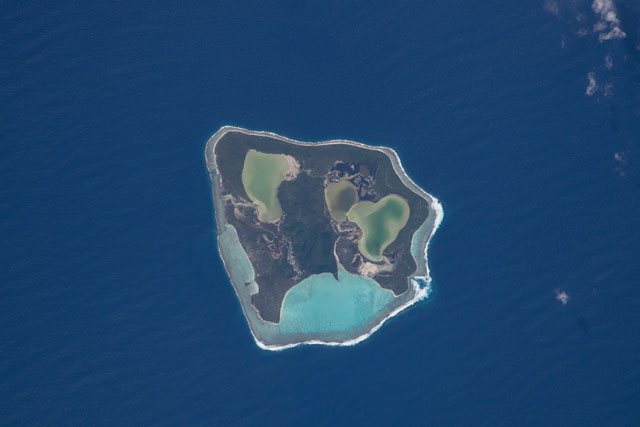 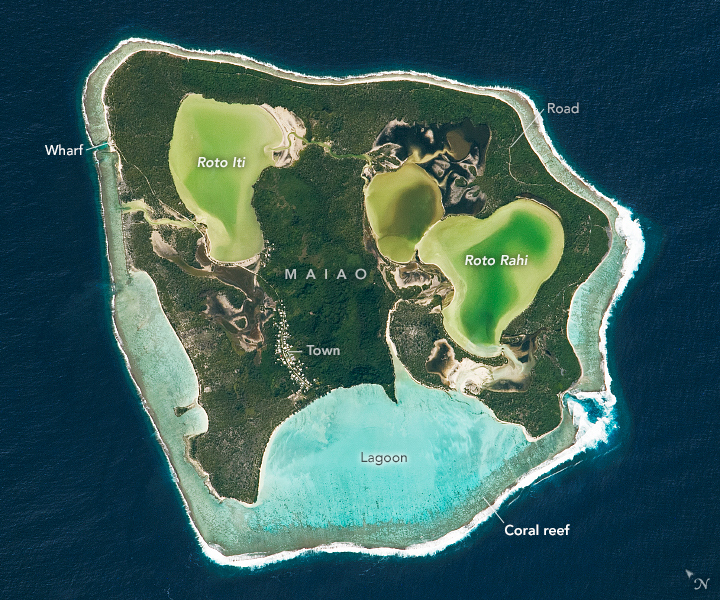 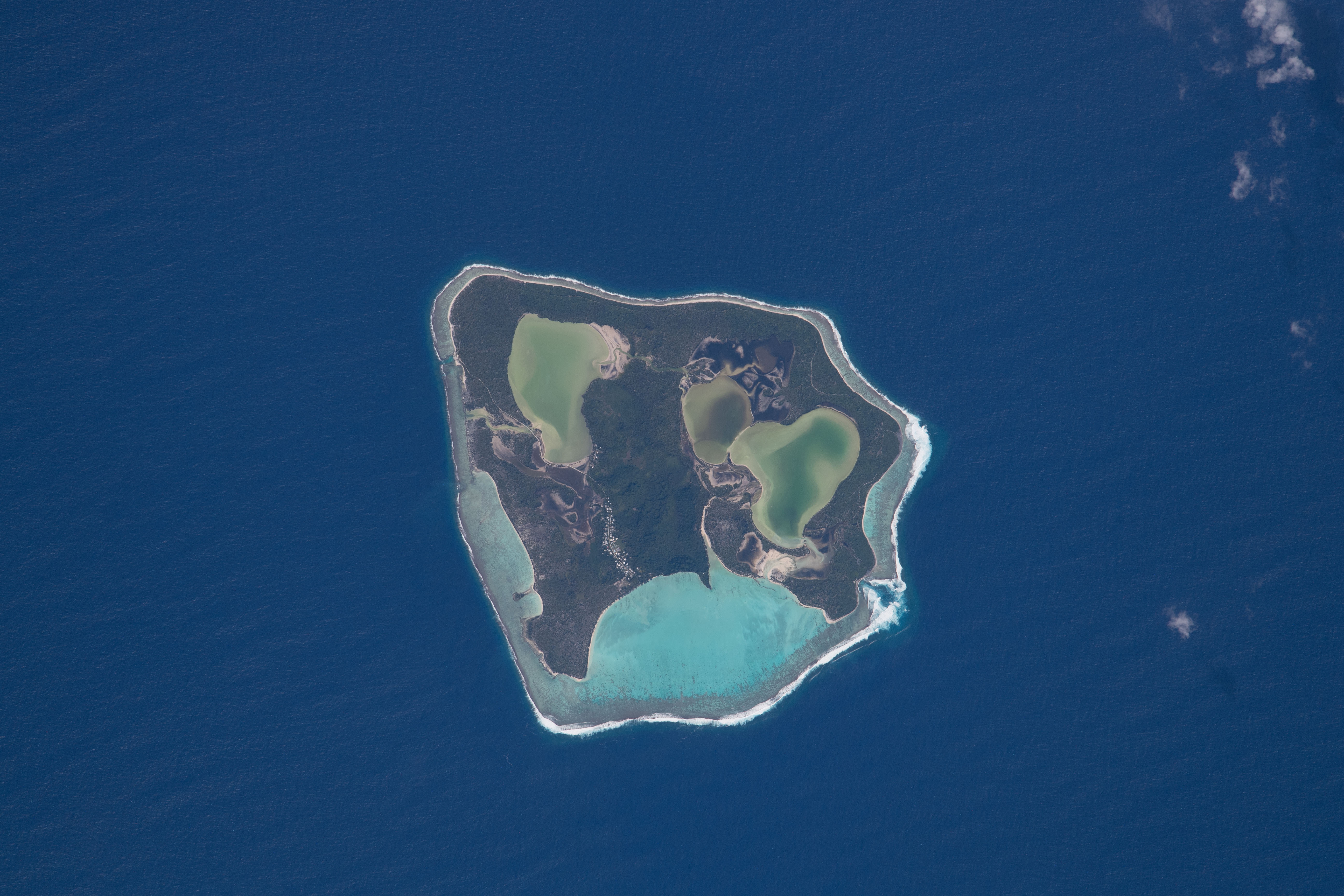 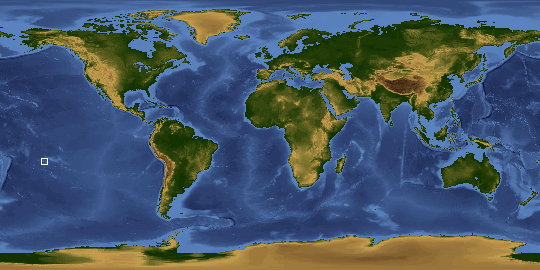 The small islands of the central Pacific Ocean often attract the attention of International Space Station (ISS) astronauts as they fly over the largest expanse of water on Earth. This photograph shows the small atoll of Maiao (also spelled MaiÂ’ao), which lies 4,000 kilometers (2,500 miles) due south of HawaiÂ’i in the Society Islands. The better-known islands in this south-central Pacific chain include Tahiti, 100 kilometers (60 miles) to the east, and Bora Bora, 160 kilometers (100 miles) to the northwest. Measureing less than 6 kilometers (3.6 miles) from north to south, Maiao has a land area of 8.8 square kilometers (3.4 square miles) and a population of about 350 people.

Maiao is entirely surrounded by a coral reef, which encloses a bright blue tidal lagoon along the southern shoreline. The two greener interior lakes, Roto Iti and Roto Rahi, are almost entirely cut off from the sea. They have become hypersalineÂ—saltier than seawaterÂ—as a result of evaporation. Salt-loving organisms thrive in such lakes and contain pigments that change the color of the water.

Much of the atoll is cultivated for coconut oil. Unlike many islands in Polynesia, the people of Maiao decided not to embrace tourism as a major component of their economy. There is no landing strip, and the island can only be reached by a long ferry ride from Tahiti. The landing wharf appears near the northern tip of the atoll, while a road circles most of the island.