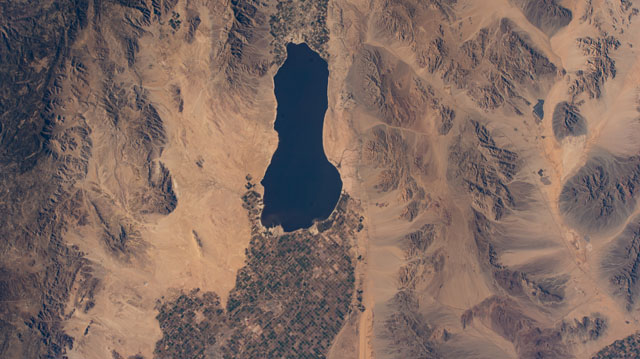 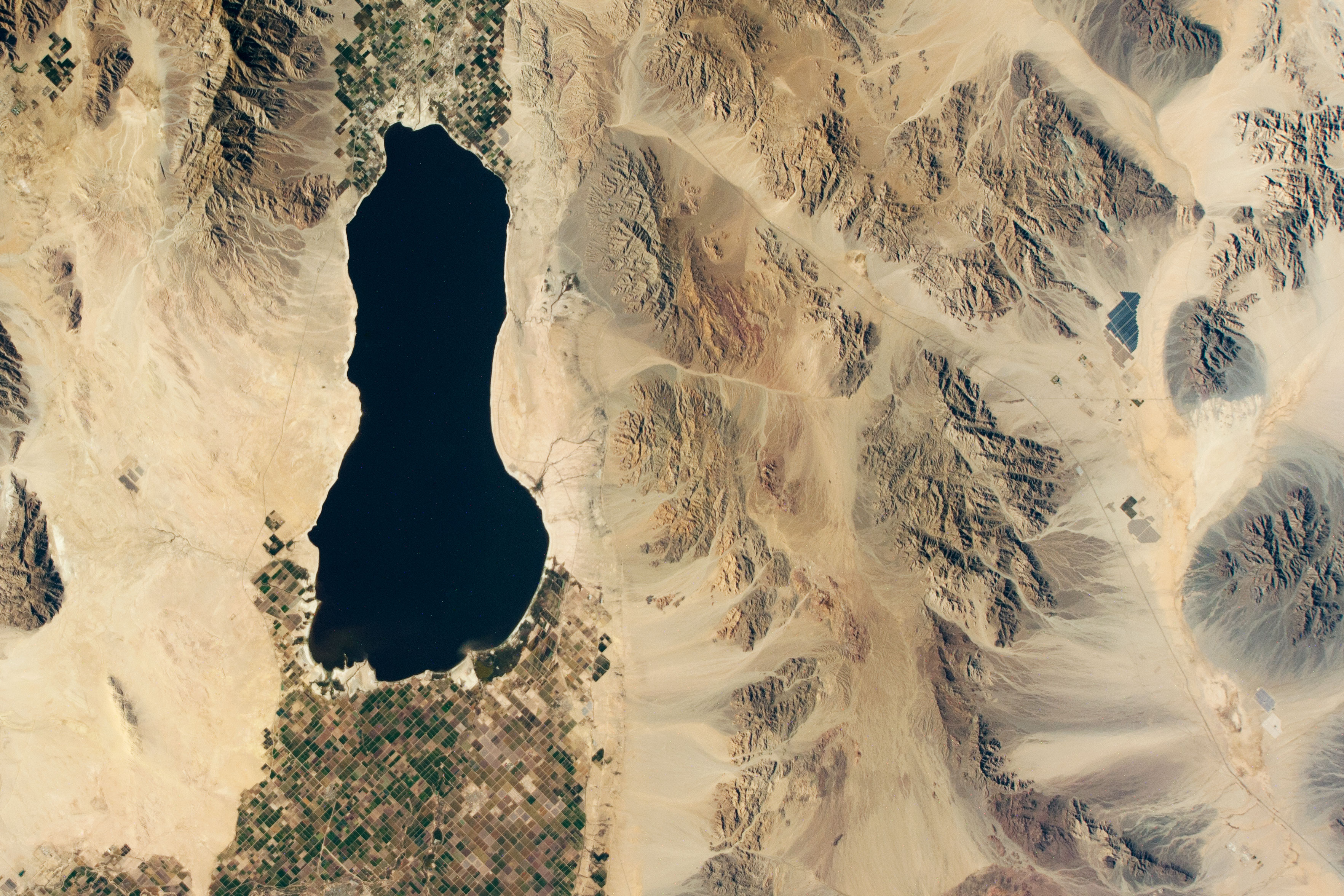 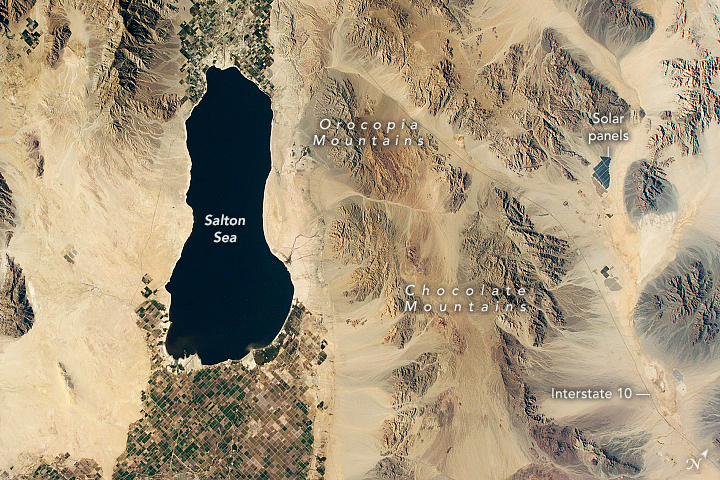 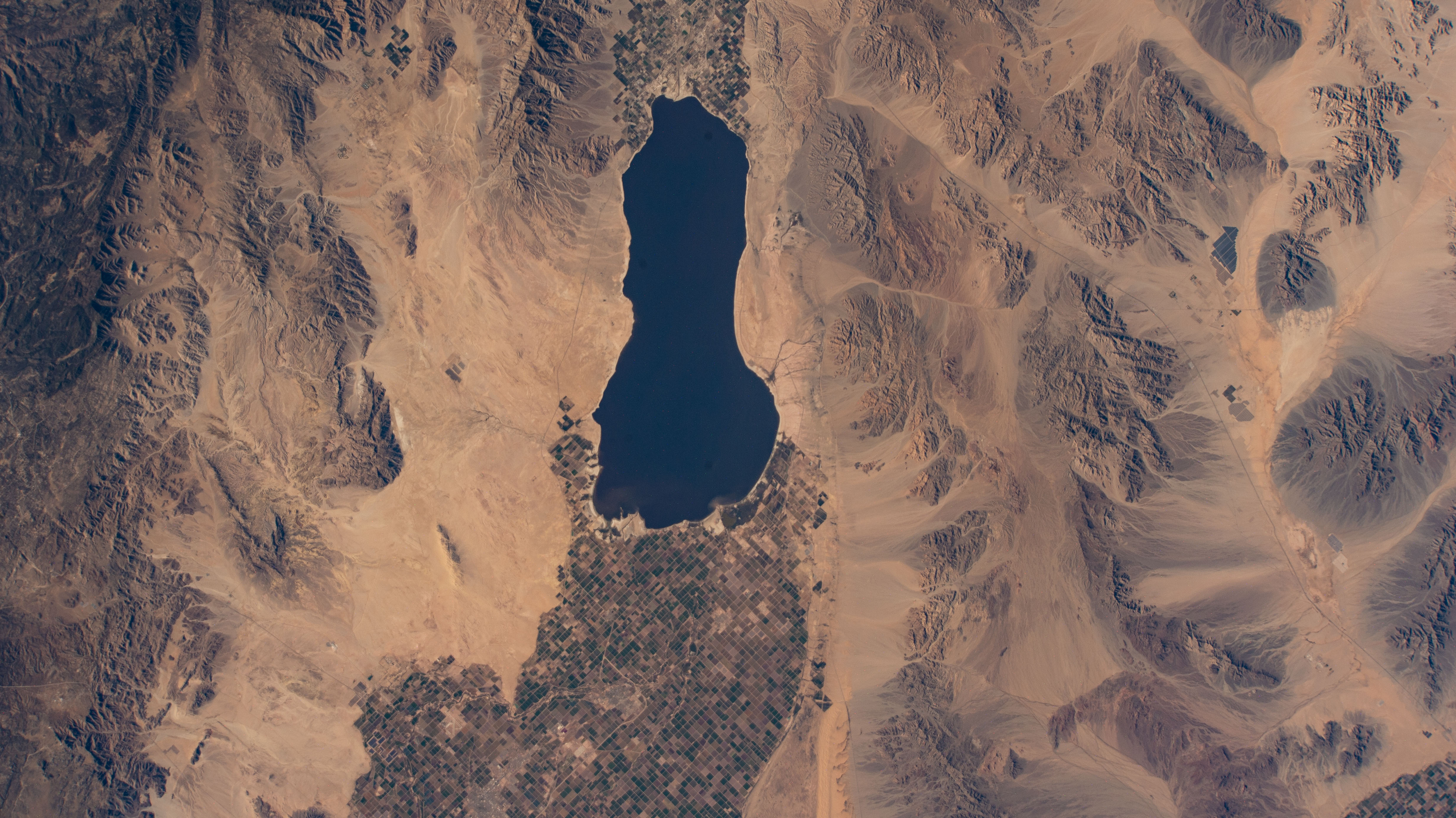 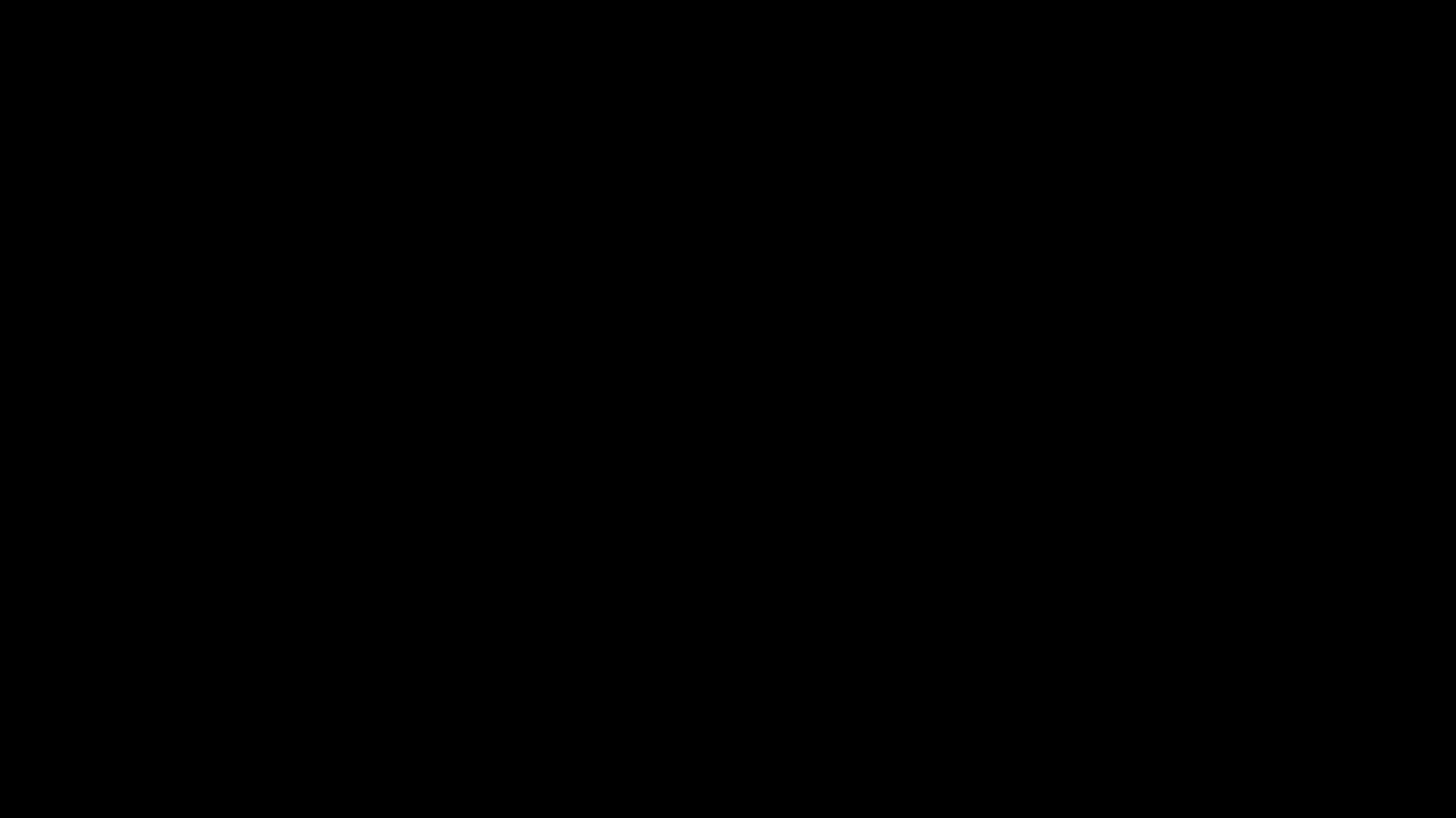 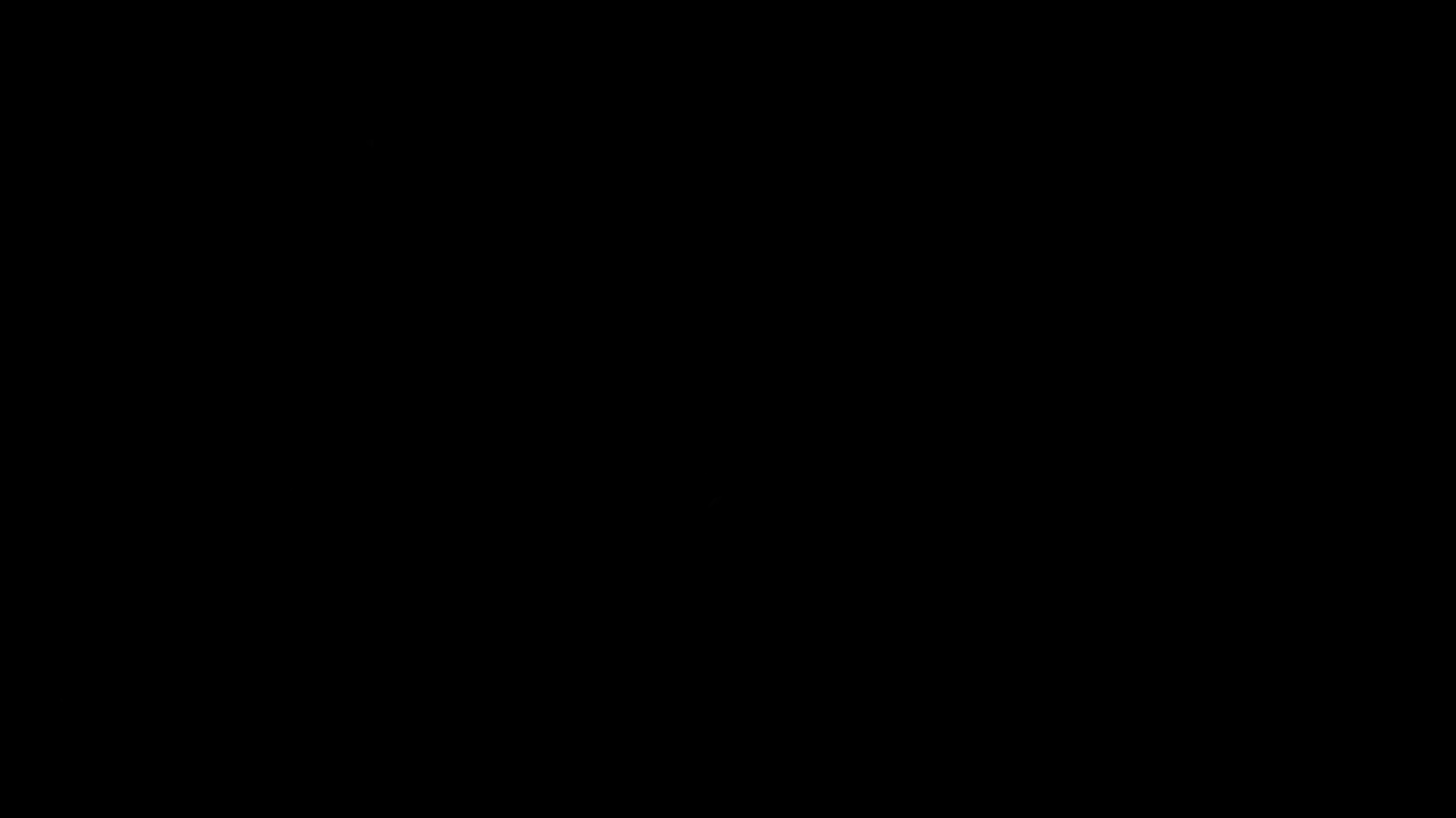 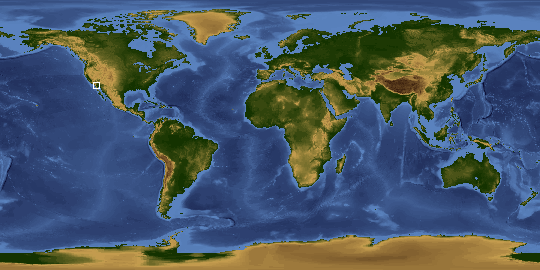 This photo of the Sonoran Desert in Southern California was taken with a camera mounted on the outside of the International Space Station. Blocky patches of farmland are concentrated on both ends of the Salton Sea, and a short section of U.S Interstate 10—which stretches over 2,400 miles (3,800 kilometers) from California to Florida—passes through the flat areas between the mountains. An array of solar panels stands north of the interstate.

The nearby Orocopia and Chocolate Mountains are comprised of a mix of sedimentary, igneous, and metamorphic rocks along the San Andreas Fault, allowing a variety of geologic features to be studied within a short distance. The mountains were among the locations that Apollo crews visited to train for their trips to the Moon. These "outdoor classrooms" allowed the astronauts to learn the skills necessary to make scientific observations in barren and challenging landscapes. Such field work is still a part of astronaut training.

The Salton Sea, California's largest lake, started growing in 1905 after an irrigation canal broke and allowed the Colorado River to fill the basin. This lake has no natural outlet, so water must evaporate to leave the system; this makes it saltier than the ocean. Water continues to flow into the Salton Sea from agricultural runoff, but that runoff has decreased over time and does not balance out the water lost to evaporation. Because of this, the lake is expected to become saltier with time.