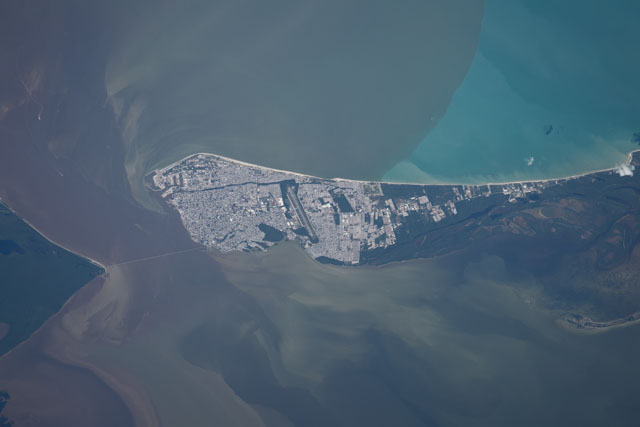 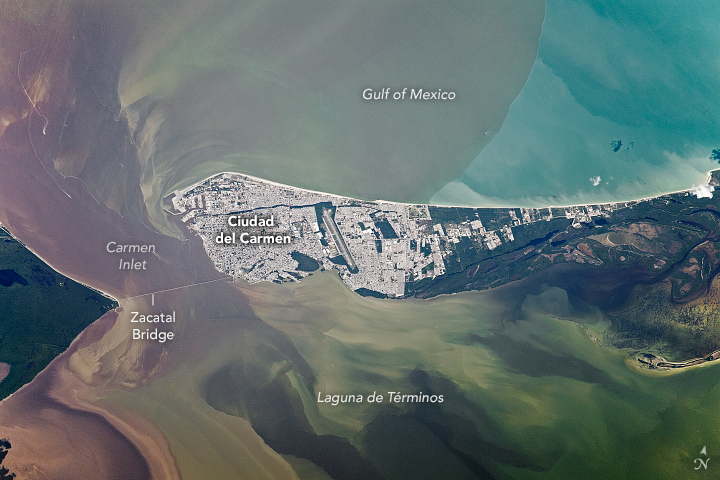 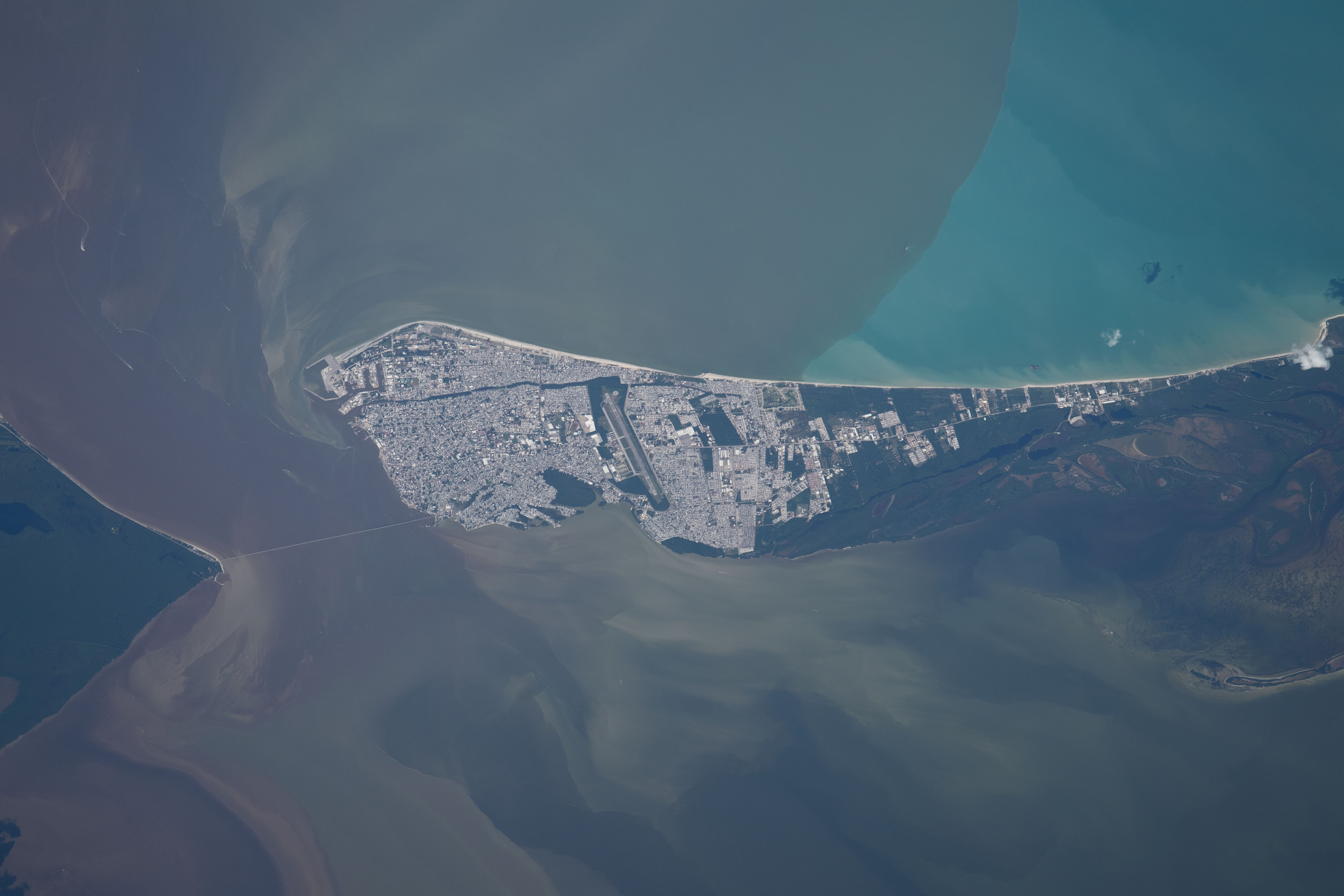 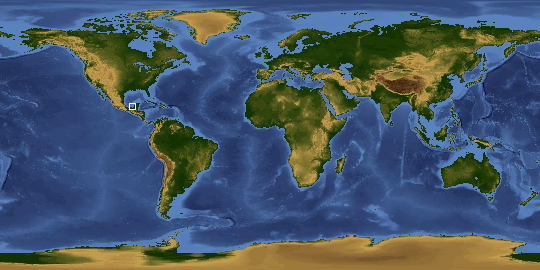 While orbiting over the Gulf of Mexico, an astronaut onboard the International Space Station took this photograph of Isla del Carmen, a barrier island on the Yucatan Peninsula. The population boomed here in the 1970s with the discovery of oil in the shallow offshore waters. Today the Mexican city is a hub for fishing and petroleum industries. The island is connected to the mainland by the Zacatal Bridge, one of the longest in Central America.

Several rivers discharge freshwater and sediment into the lagoon, and inlets on either side of the island create a circulatory water exchange. In the photo, dark, sediment-laden water flows out of Laguna de Términos, while white streaks trace the wakes of ships moving through the plume. Water flows out of the lagoon via Carmen Inlet, and the sediment mixes and disperses in the blue waters of the Bay of Campeche.

Laguna de Términos is the largest coastal lagoon in Mexico and likely along the entire Gulf Coast (including the United States). The area is home to a variety of protected flora and fauna, including bottlenose dolphins, sea turtles, and mangroves, which appear as dark green shoreline vegetation in the photo. The less populated, marshy mainland to the left side is a protected area for many coastal plant and bird species.