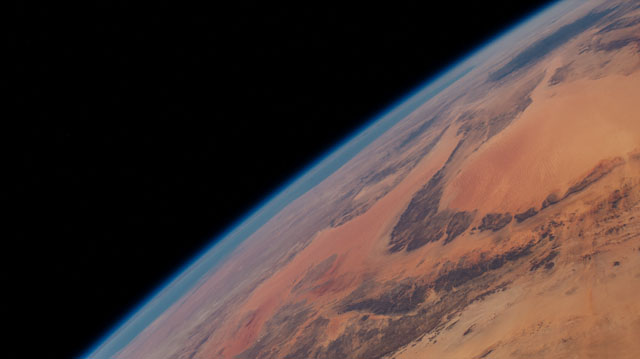 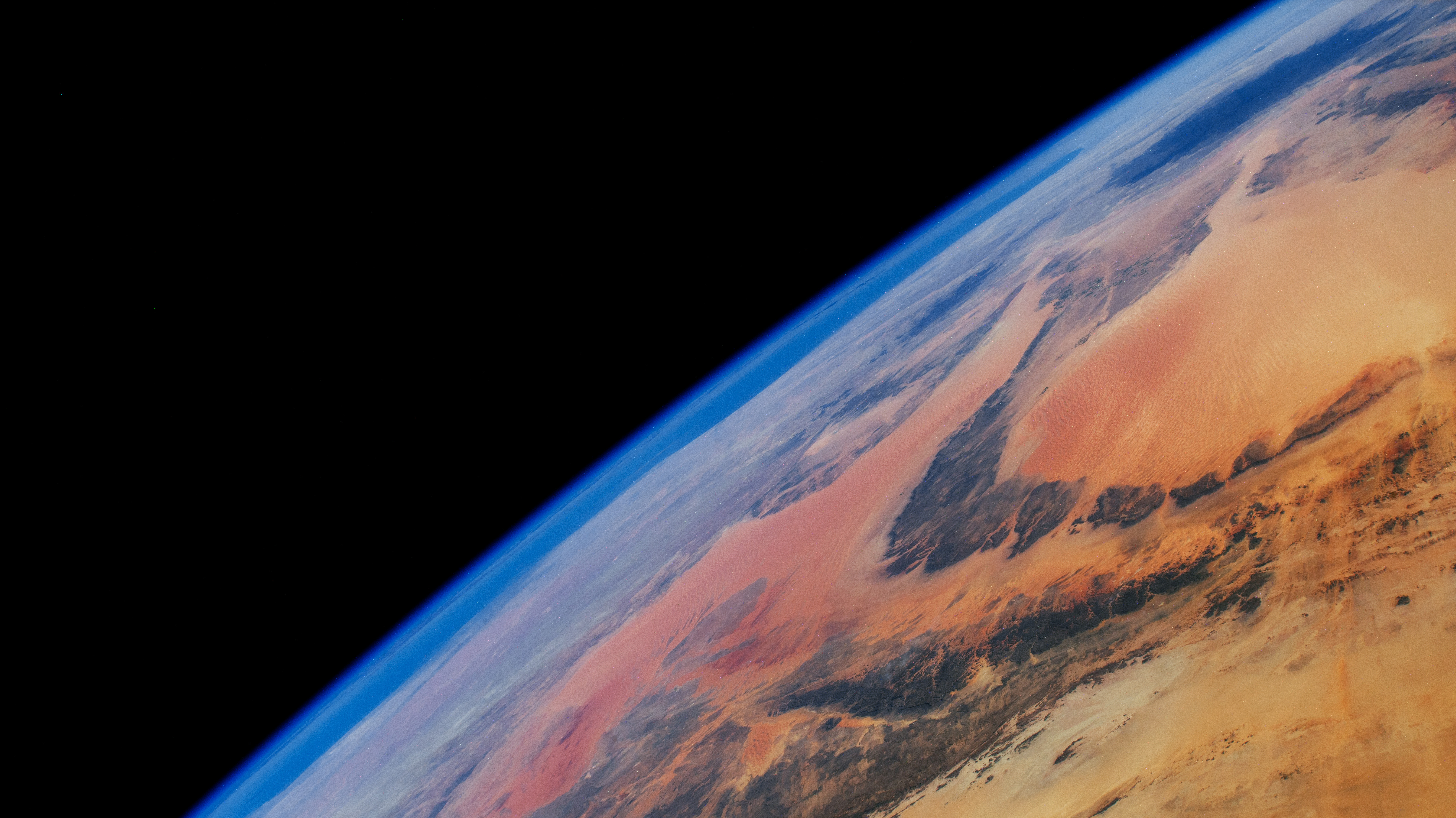 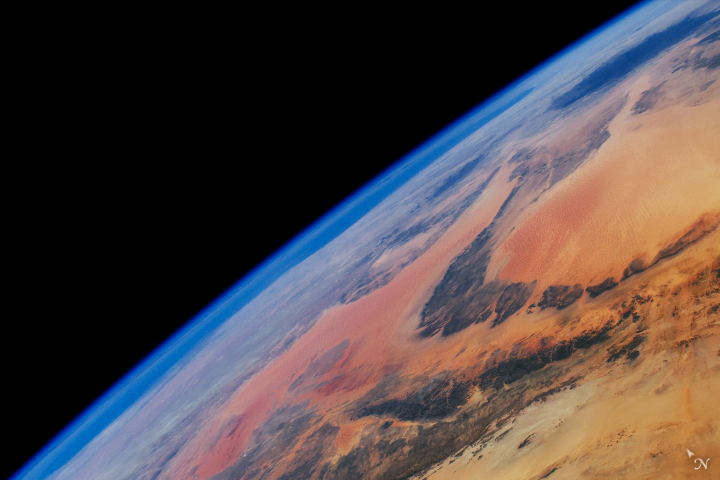 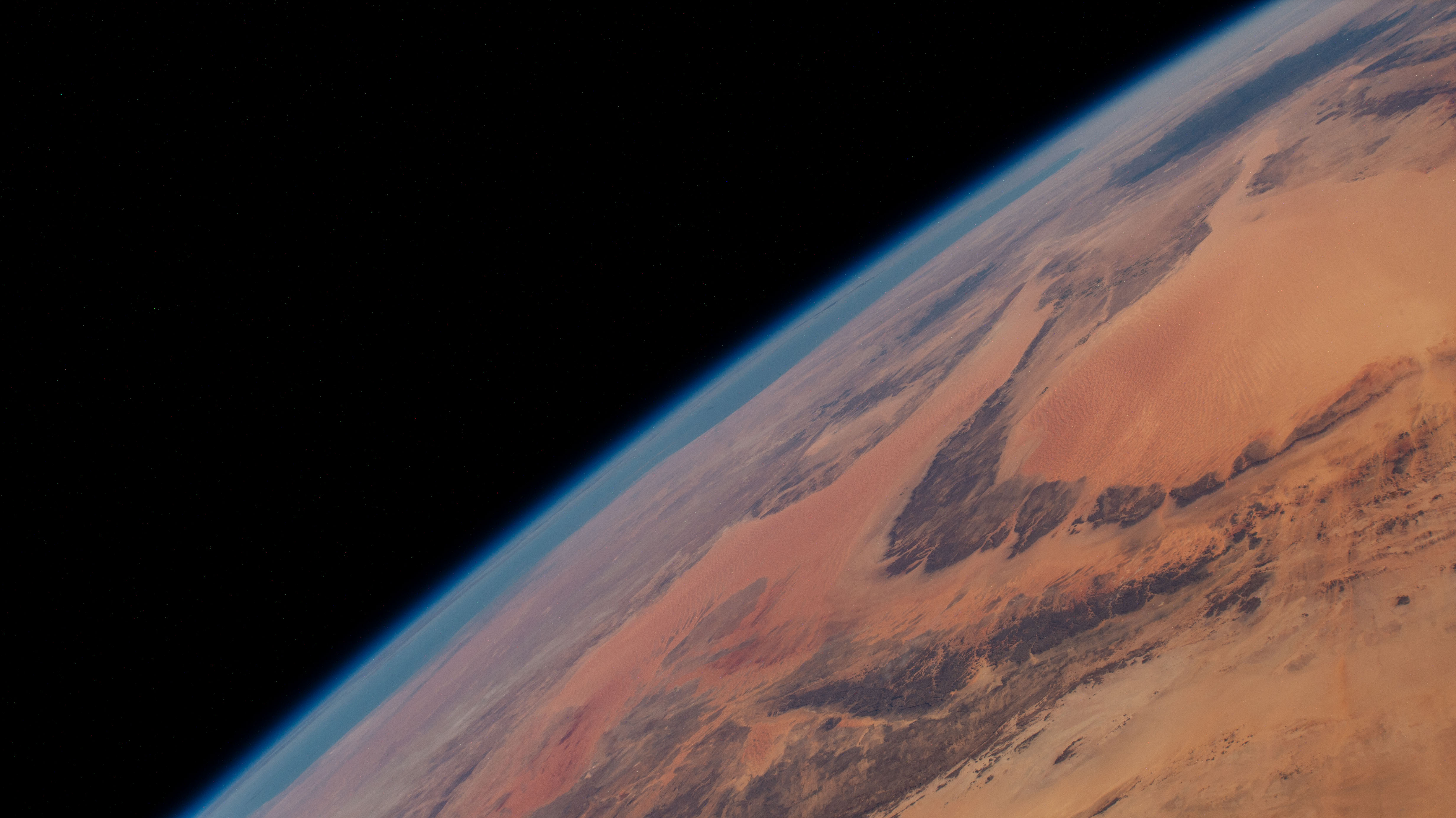 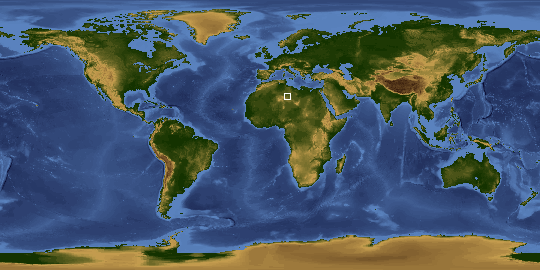 The vast Libyan Desert stretches toward the Mediterranean Sea, which itself fades into the horizon of this photograph. This highly oblique view of Northern Africa was taken by an External High-Definition Camera (EHDC) on the International Space Station (ISS). The burnt reds and oranges of the desert and the dark-toned mountains and plateaus contrast sharply with the bright blues of the sea and horizon; all stand out against the deep black of space. From this vantage point, Earth looks otherworldly. Were it not for the distinctive blue of the Mediterranean in the distance, it could be mistaken for Mars or the myriad desert planets of science fiction.

The Libyan Desert, part of the larger Sahara Desert, is often cited as a Mars analogue - an area of Earth that has similar features to the Red Planet. It is the most arid part of the Sahara, and mostly uninhabited. The featured landscape is a mosaic of windswept dunes and darker sandstone plateaus making up the Fezzan region of Libya.

The EHDC is one of the ground-controlled cameras used to monitor mission status on the ISS. When the camera is Earth-facing, it joins the many Earth-observing sensors that are part of the ISS mission. These experiments take advantage of the unique orbital properties of the space station to gather data about our home planet. The position of EDHC on the orbiting lab allows for it to take wide-angle, highly oblique shots like this one—a type of view that is unusual for most remote sensing platforms but a favorite for astronaut photography.