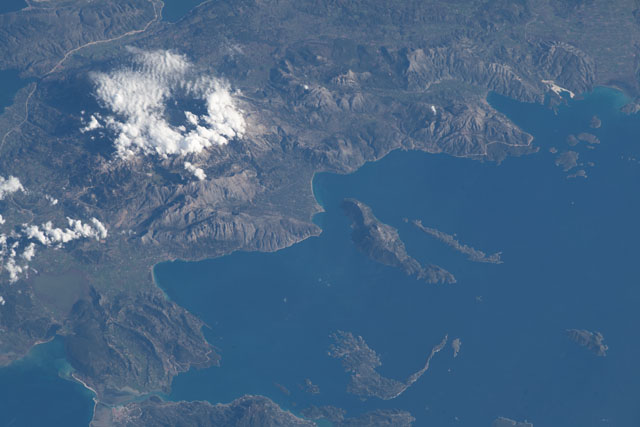 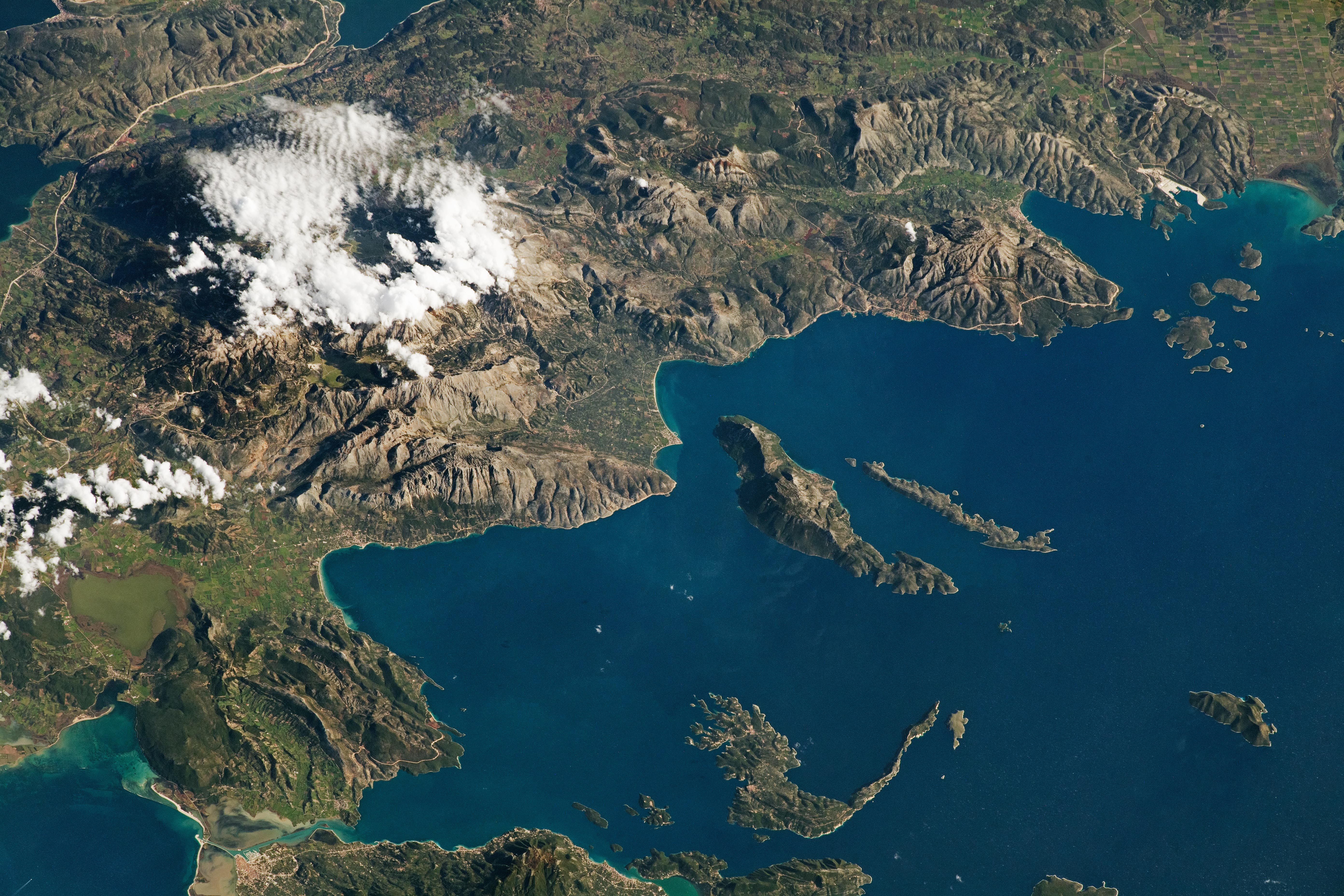 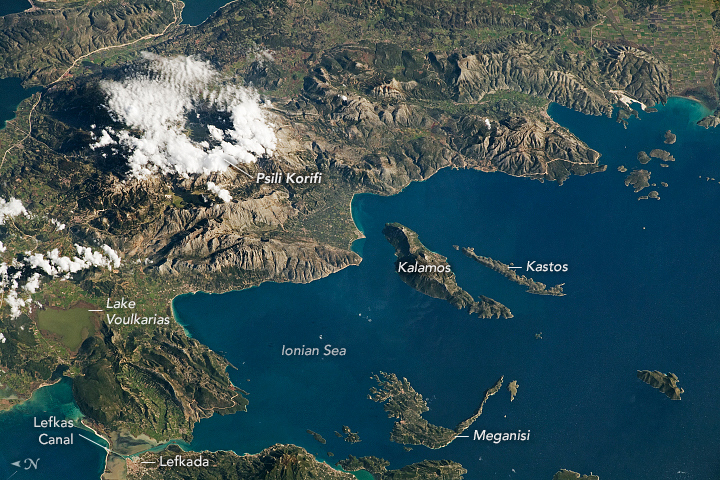 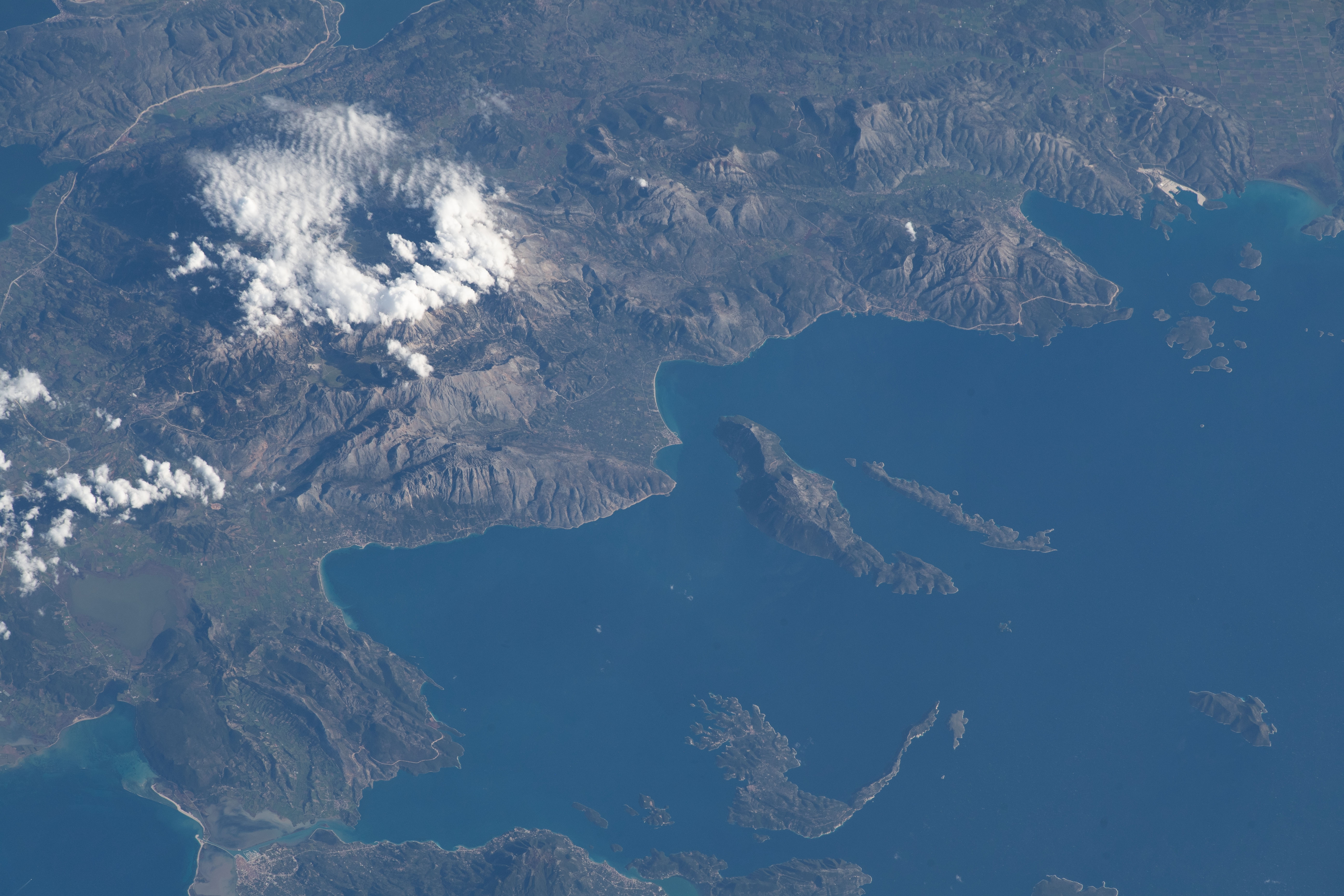 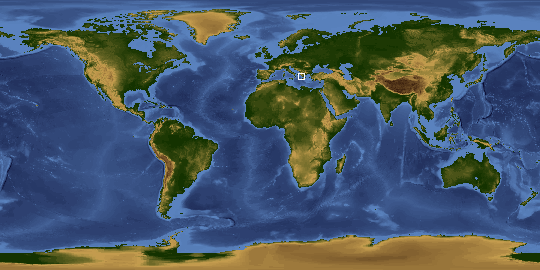 An astronaut on the International Space Station (ISS) took this photograph of the Acarnanian Mountains and the neighboring Ionian Islands of Greece. This oblique shot highlights the rugged topography of the coastal region along the western edge of the country. (Note that north is to the left.)

At almost 1,160 meters (3,800 feet) above sea level, Psili Koryfi is the largest mountain peak in the Acarnanian range (known locally as Akarnanika Ori). Low clouds obscure the peak in this image. The Acarnanians are a relatively small range of limestone mountains on the Balkan Peninsula.

Between the mountains and the sea, Lake Voulkarias is a protected wetland and refuge for many endangered migratory birds. The shallow lake was created by a combination of tectonic activity, karstification, and sedimentation. Like Lake Voulkarias, the Ionian Islands and surrounding water also include protected areas for threatened birds and marine life like the Mediterranean monk seal.

The islands of Kastos, Kalamos, Meganisi, and Lefkada are a few of many in the Ionian Sea. Located between Italy and Greece, this marginal sea is a part of the larger Mediterranean. This area is the most seismically active region in the eastern Mediterranean, and the nearby coasts have experienced multiple tsunamis over the past few thousand years.

Though most of the islands were formed due to natural processes, Lefkada was originally a part of mainland Greece. When the Lefkas Canal was constructed more than 2,500 years ago, it separated Lefkada from Greece. The small canal was built for easier water transportation between the islands in the Ionian Sea and the mainland, similar to the Corinth Canal in southern Greece.