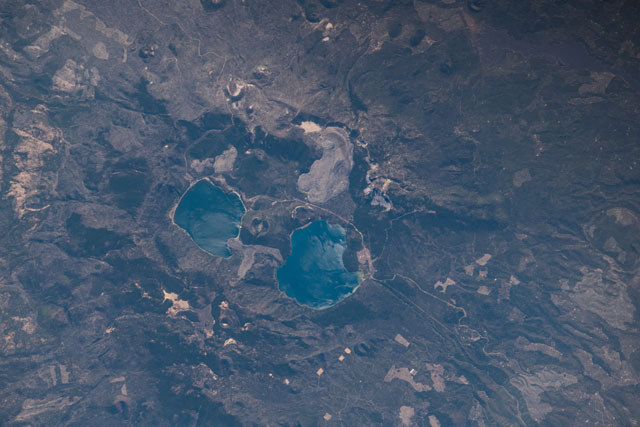 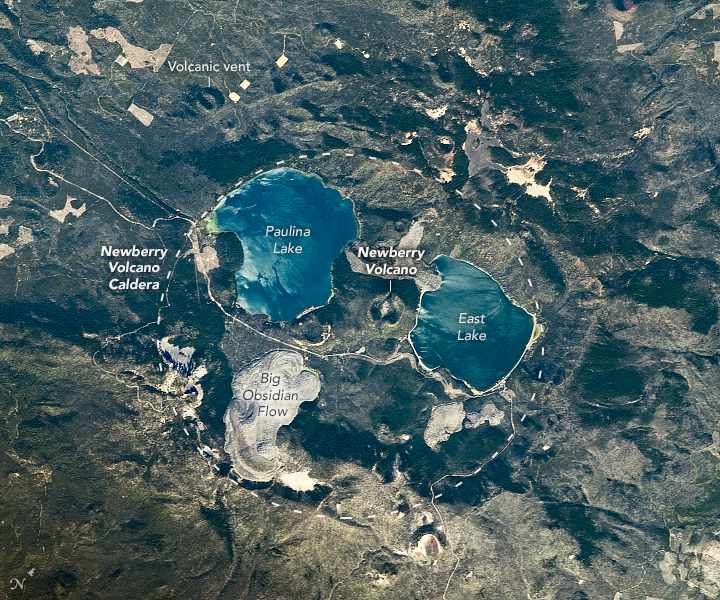 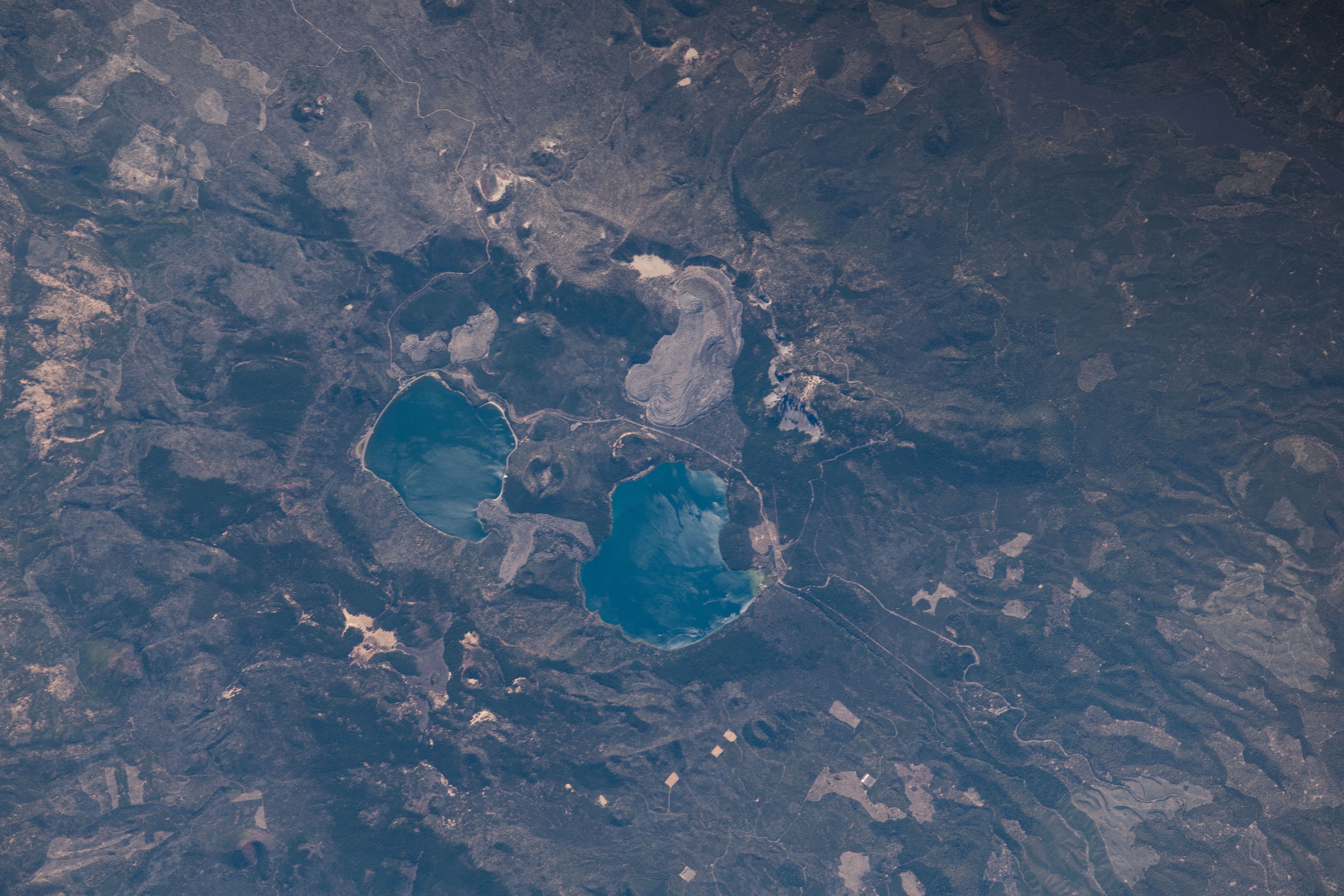 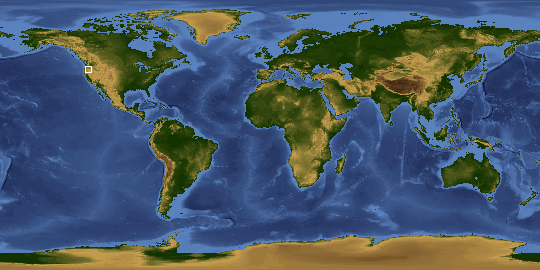 While passing over Oregon, an astronaut onboard the International Space Station (ISS) shot this photograph of Newberry Volcano in the eastern Cascade Mountains. With its last eruption just 1,300 years ago, Newberry is one of a number of active and potentially dangerous volcanoes in the Pacific Northwest.

Numerous eruptions over the past 400,000 years have produced a large range of ash and rock deposits, pyroclastic flows, lava flows, and small vents within and surrounding Newberry's large caldera. (The approximate extent, as determined from geologic evidence, is indicated by the dashed line.) The caldera is topped by twin crater lakes: Paulina and East Lake. Though it initially developed as one large lake, subsequent volcanism formed a ridge that separated it into two.

During Newberry's most recent activity, the Big Obsidian Flow was born. This large, light-toned mass of obsidian gets its coloring from a mix of black obsidian and grey pumice.

The Newberry volcanic area was one of numerous locations used in the 1960s for geology field training for Apollo astronauts. This hands-on training prepared the astronauts to identify igneous rocks types and to collect samples from the lunar surface.