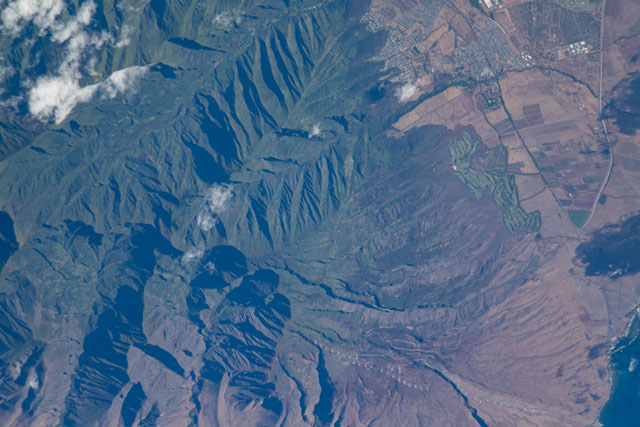 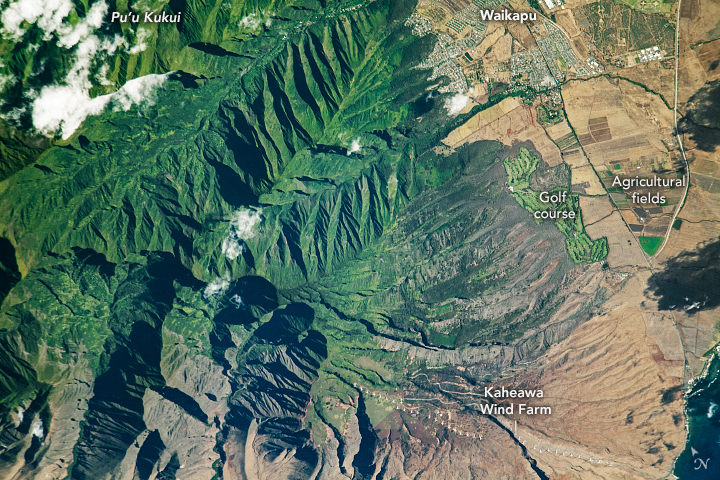 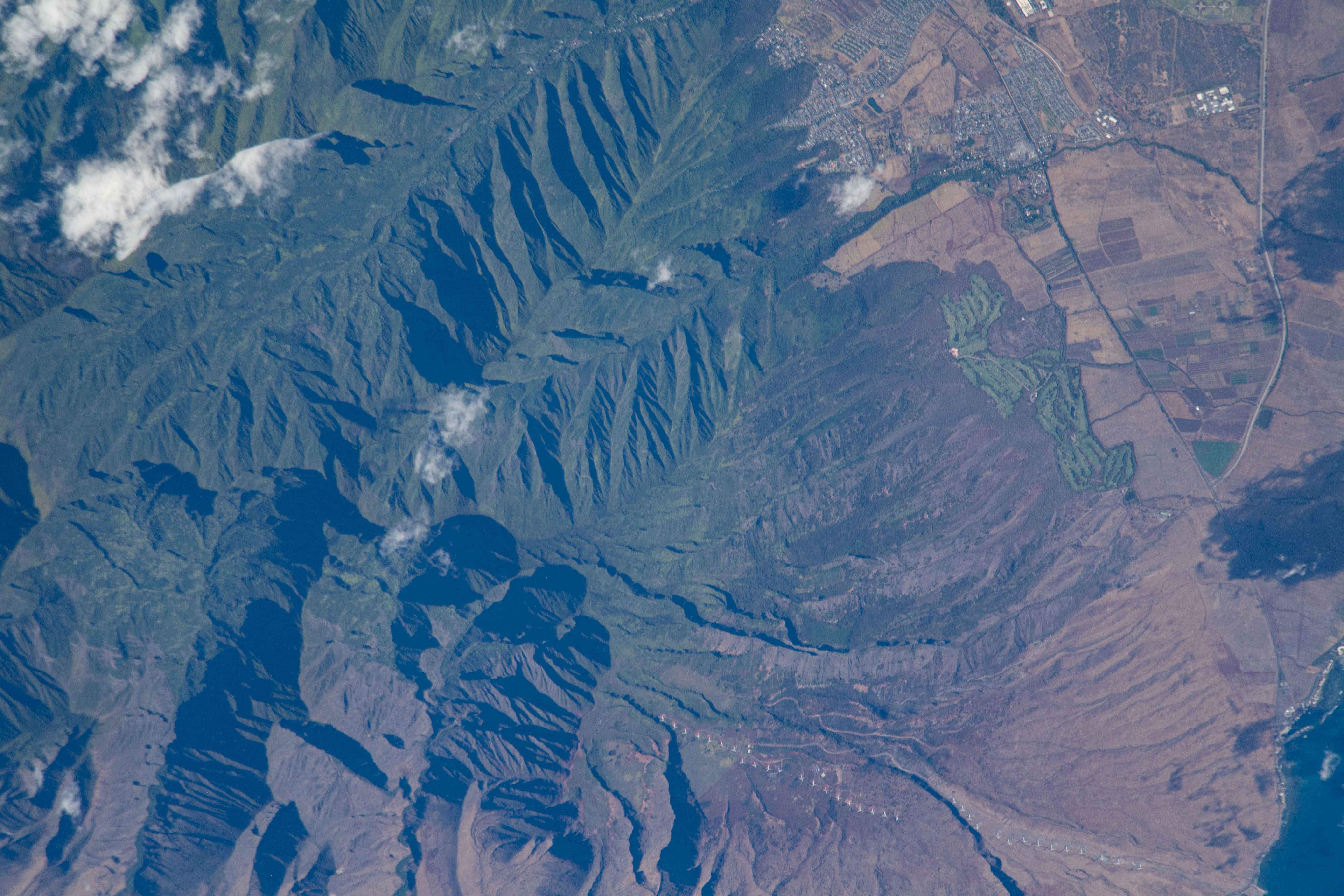 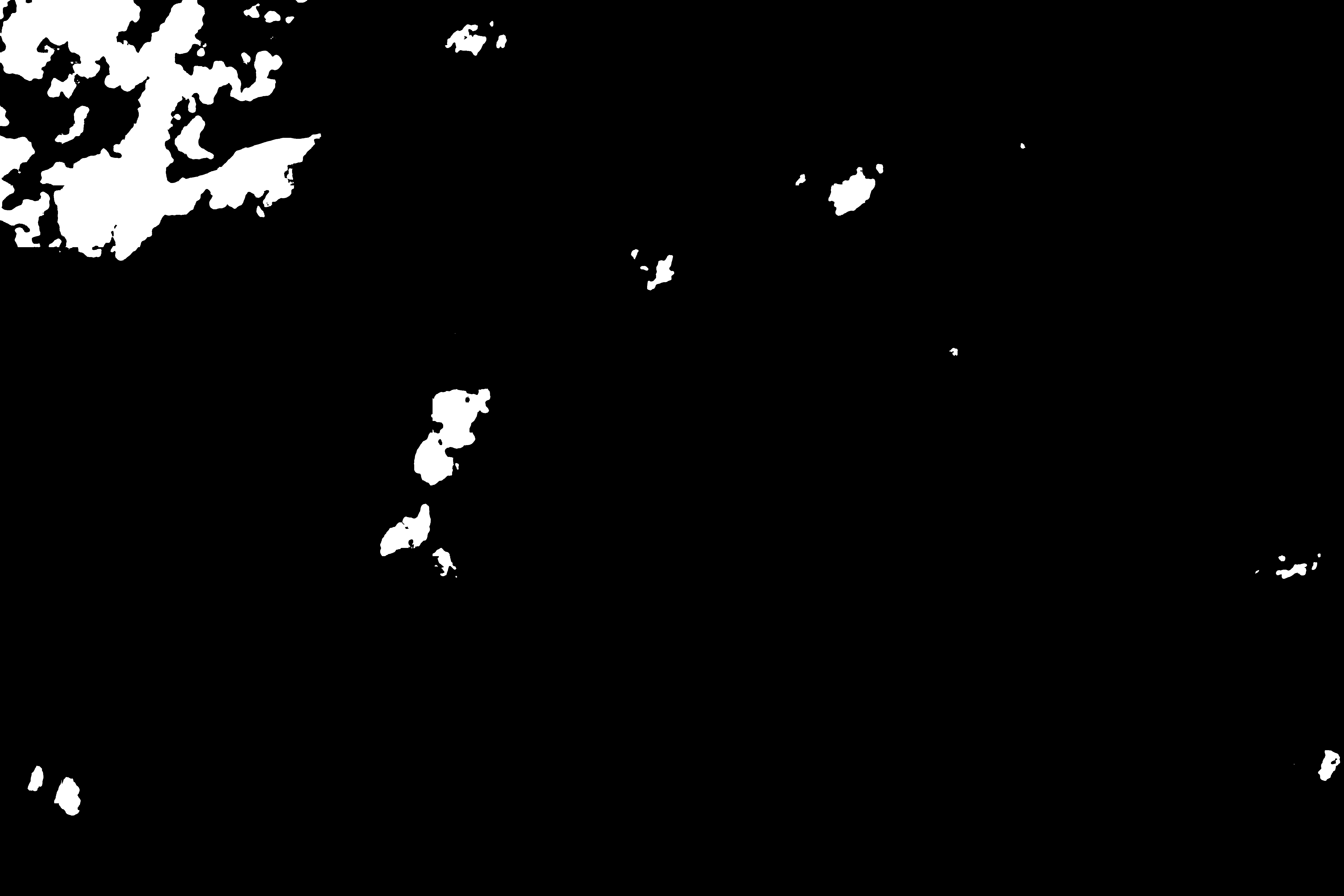 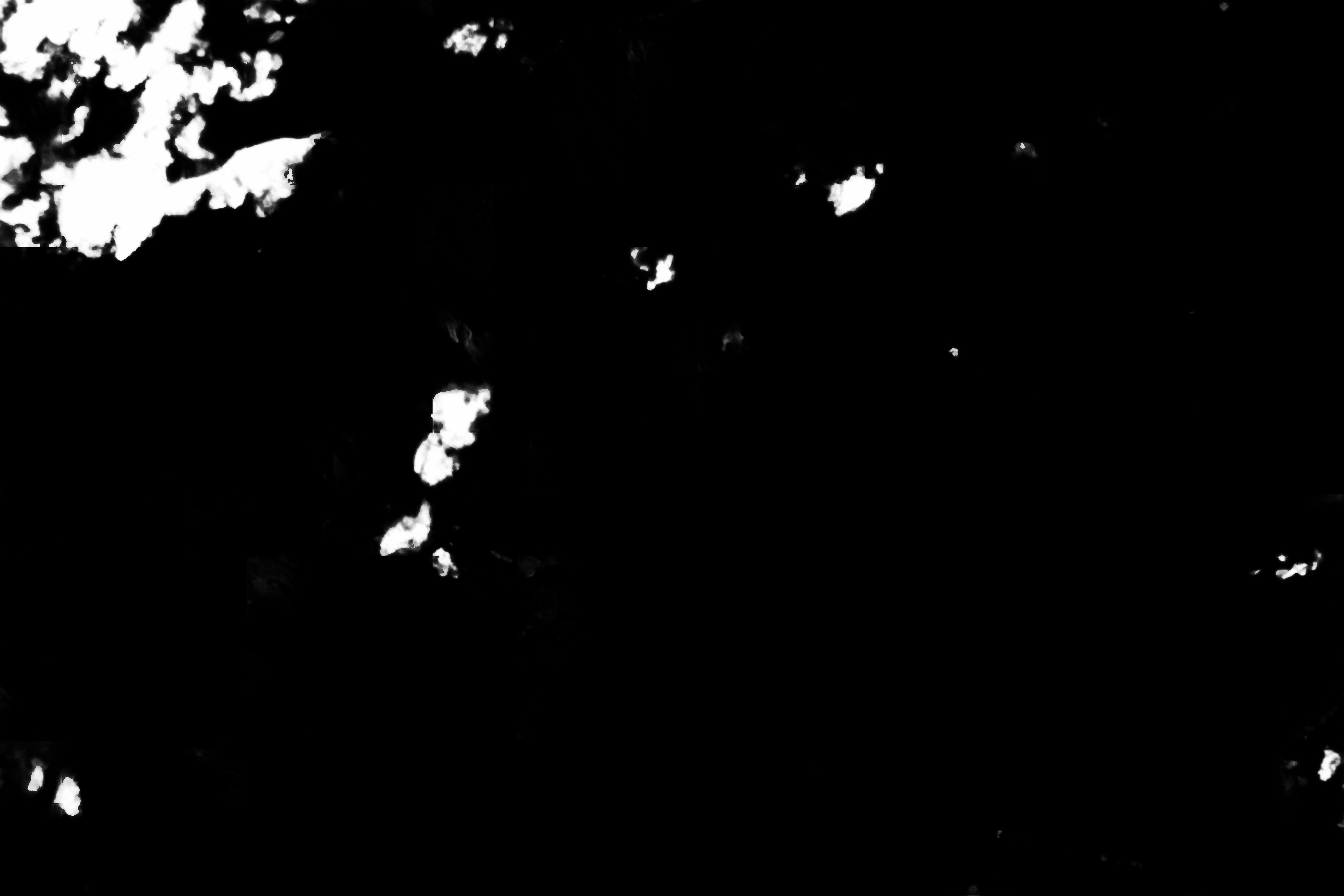 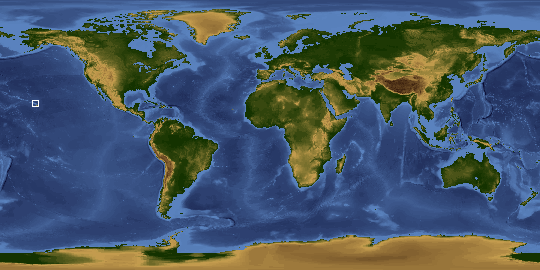 Maui, the second largest island within the Hawaiian Island/Emperor Seamount Chain, hosts one of the largest wind farms in the state. All 34 operational wind turbines of the Kaheawa Wind Power I and II facilities are visible in this photograph taken by an astronaut from the International Space Station (ISS). The wind farm lies to the south of a golf course, agricultural fields, and the small town of Waikapu. All stand at the foot of Pu'u Kukui, a large mountain peak in the Mauna Kahalawai (West Maui Mountains) that is dense with vegetation.

Descending a little over half a mile (1 kilometer) down the southeast side of Pu'u Kukui, the turbine field powers 10 to 15 percent of Maui's yearly electric power usage. After solar power, wind energy is Hawaii's second-most used renewable energy resource. Aiming to provide renewable energy while protecting local bird and bat species, Kaheawa was the first wind farm in the United States to implement a habitat conservation plan.