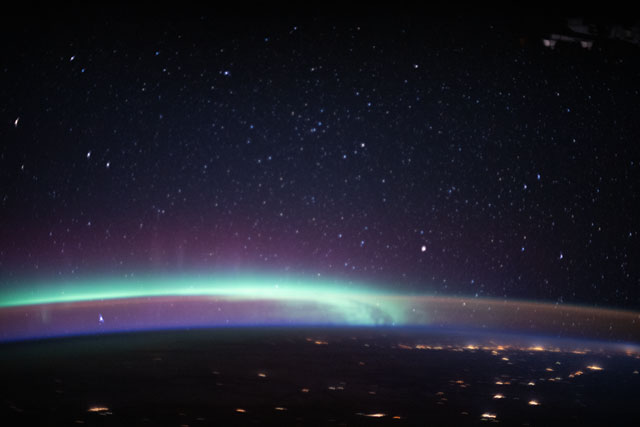 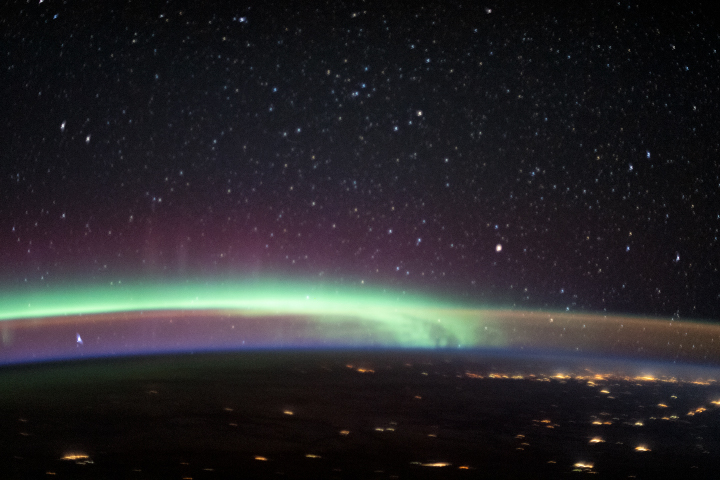 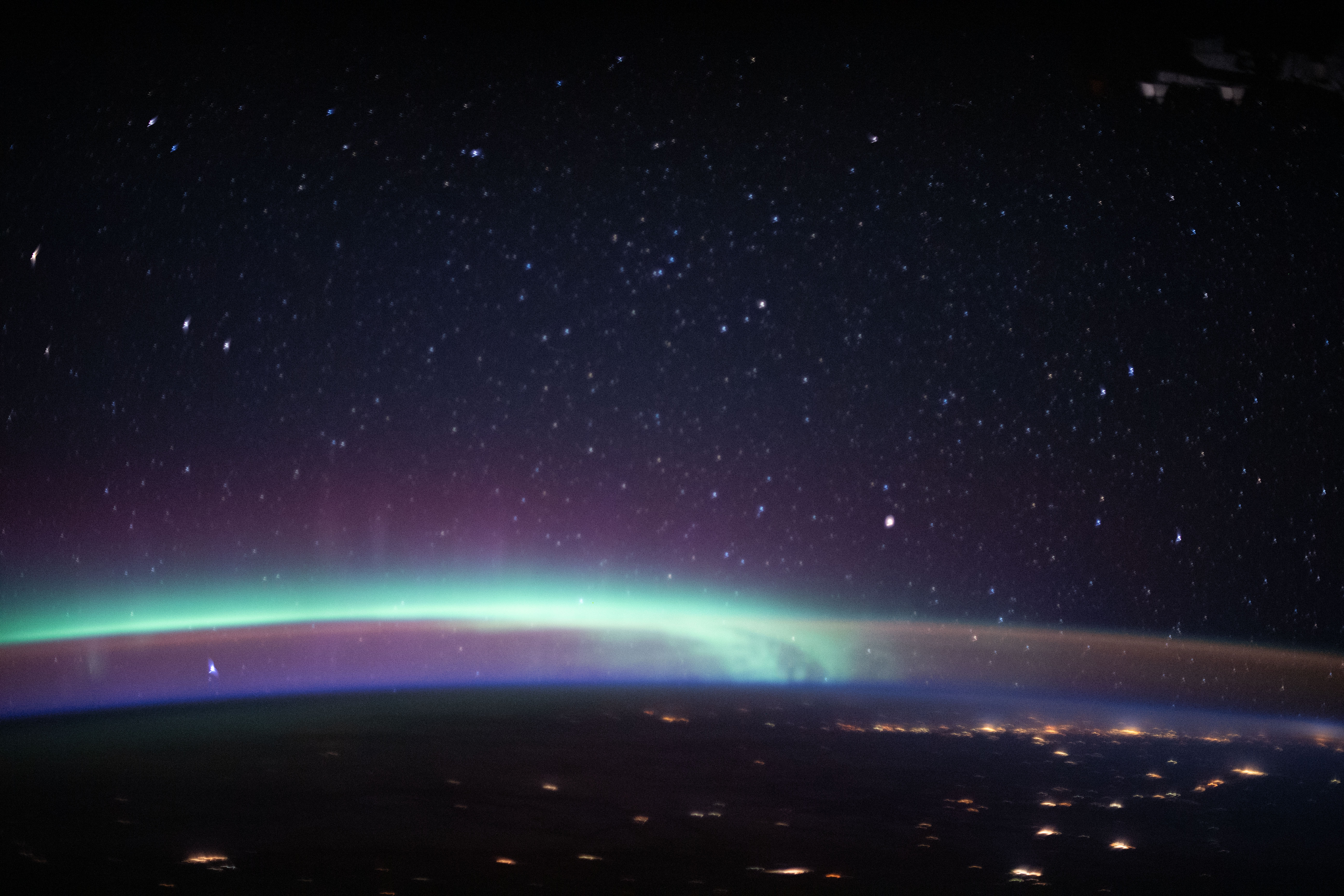 Two of Earth's most colorful upper atmospheric phenomena, aurora and airglow, met just before dawn in this photo shot by an astronaut on the International Space Station (ISS). Wavy green, red-topped wisps of aurora borealis appear to intersect the muted red-yellow band of airglow as the ISS passed just south of the Alaskan Peninsula. The rising Sun, behind Earth's limb at the time of this photo, adds a deep blue to the horizon. Light from cities in British Columbia and Alberta, Canada, joins starlight to dot the early morning skyscape.

Though they appear at similar altitudes, aurora and airglow are produced by different physical processes. Nighttime airglow (or nightglow) is a type of chemiluminescence - the emission of light from chemical interactions between oxygen, nitrogen, and other molecules in the upper atmosphere. Airglow occurs all around the Earth, all the time. However,"nightglow" is much easier to spot over a dark Earth than "dayglow," as airglow is just one billionth as bright as the Sun.

Auroras, on the other hand, stem from interactions between solar energy and Earth’s magnetic field. The magnetic field funnels the energy into the upper atmosphere, where it interacts with the same atoms as airglow (mainly oxygen and nitrogen). This is why both phenomena can produce similar colors. The dynamic nature of Earth's magnetic field moves the solar energy in irregular ways, causing each aurora event to be visually unique.

Recently, the Earth Science and Remote Sensing Unit at NASA's Johnson Space Center used machine learning to identify all of the photos that astronauts have taken of auroras over the past few decades. Search the Gateway to Astronaut Photograph of Earth database for "aurora" to see more than 270,000 photos of these magnetic marvels.