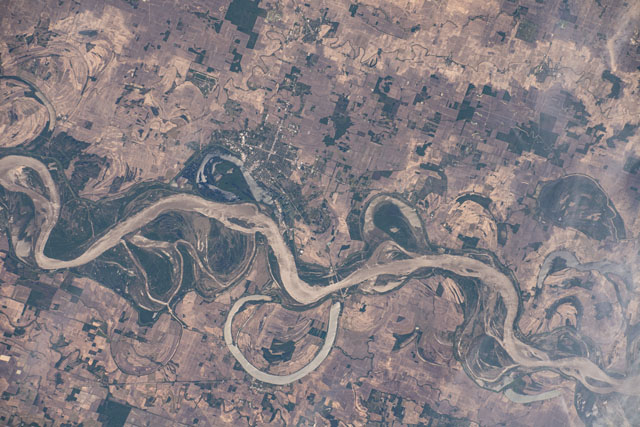 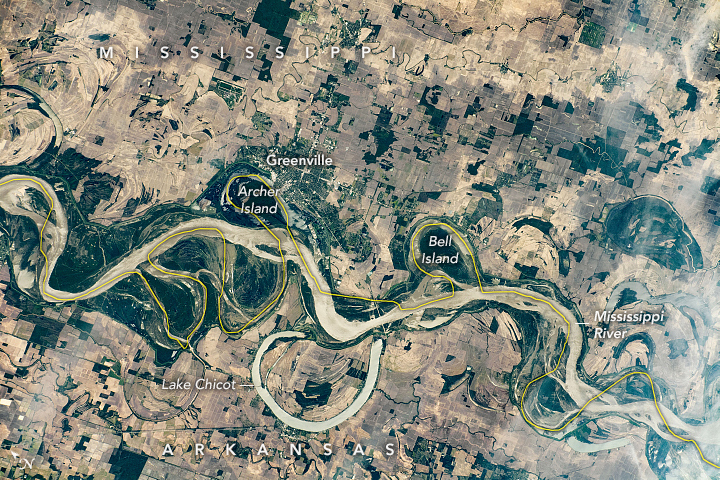 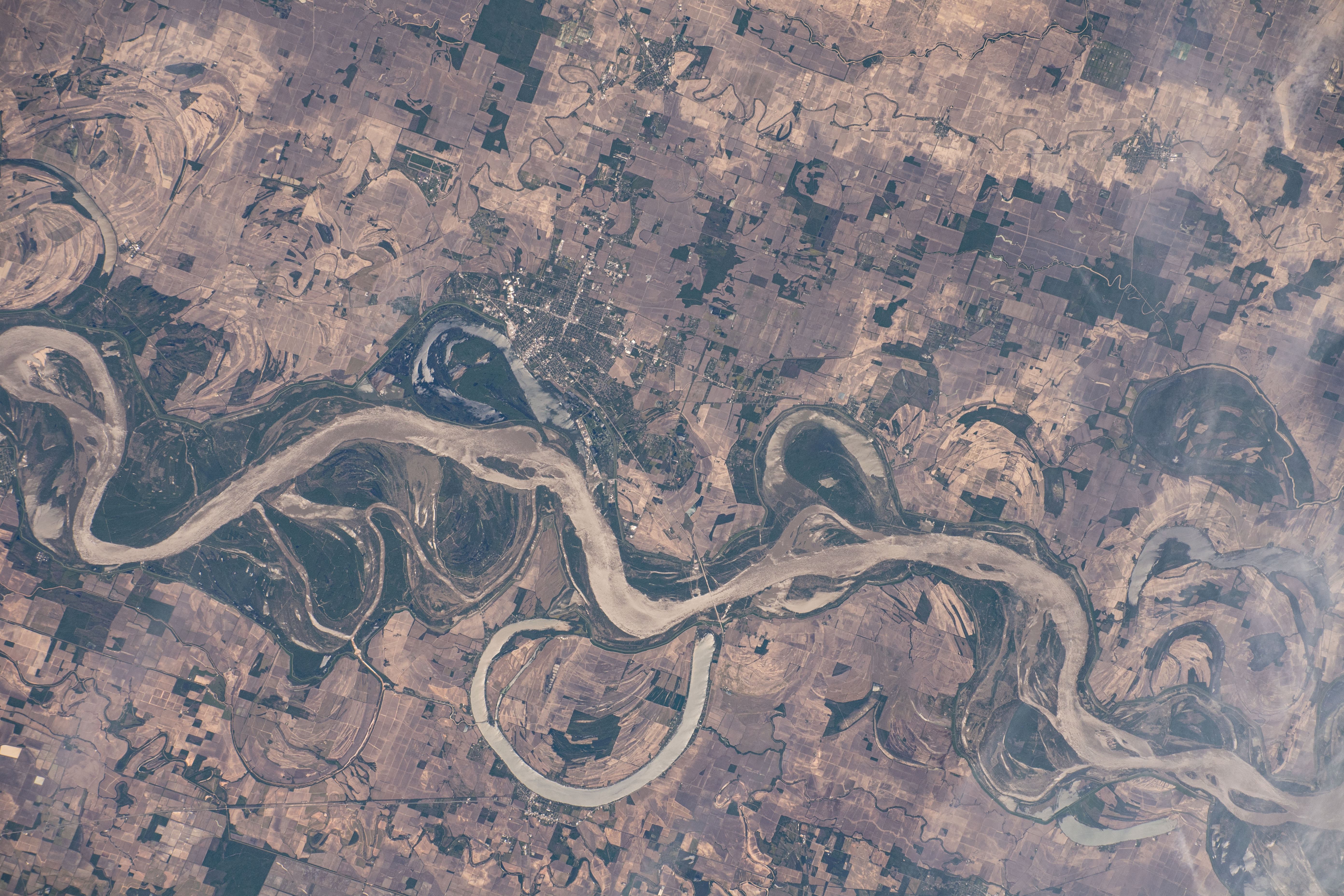 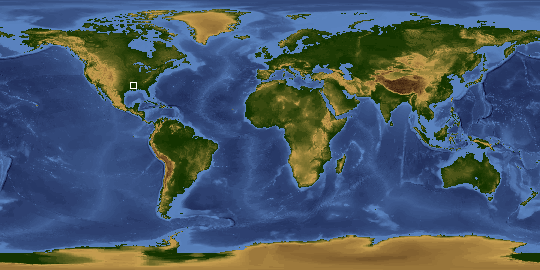 The winding Mississippi River historically has been used to define many state lines in the United States. This photo, taken by an astronaut onboard the International Space Station (ISS), has been annotated to show the current state boundary (yellow line) between Arkansas and Mississippi. (Note that north is to the left in this image.)

As the Mississippi River meanders over time, the channels migrate across the floodplain. Due to these changes in the position of the channel, some farms, towns, and rural lands occasionally switch to the opposite banks of the river. For instance, Archer and Bell islands are still official parts of Arkansas, but they are now located east of the Mississippi River.

Sunglint reflects off of the water surfaces, outlining the banks of the river and likely differentiating turbulent surface flow from slower moving water. Over thousands of years, the turbulent meandering of the river has transformed the floodplain, creating oxbow lakes and cutting new channels into the surrounding landscape. Lake Chicot is considered the largest oxbow lake in the United States, spanning 5,300 acres (2,145 hectares). In the photo, sunglint on the lake has a glossier appearance than the river, potentially due to less disturbance of the water surface.

The Mississippi River Basin is home to many small towns and cities and a variety of agricultural activity. Nutrient-rich soil from sediment deposits throughout the floodplain supports productive cropland close to the river and its tributaries. In this photo taken during planting season, the farms are mostly distinguished by tan-brown rectangular fields, which will turn green as summer crops grow. Farming of cotton, corn, soybeans, and sweet potatoes makes up a significant portion of this area's economic production.

Life along the Mississippi River has its hazards, particularly flooding. Greenville and other nearby cities were almost completely submerged during the "Great Flood of 1927." As recently as this winter, seasonal flooding took a toll on this area. To mitigate these risks, the U.S. Department of Agriculture, Army Corps of Engineers, and other agencies regularly monitor river levels, weather, and crop growing conditions to help farmers to plan for the growing seasons and floods.