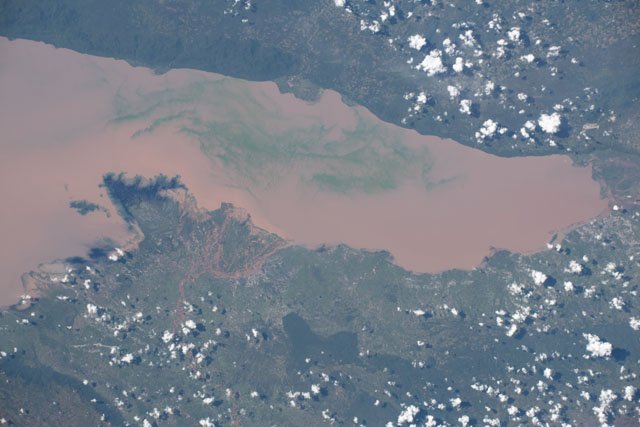 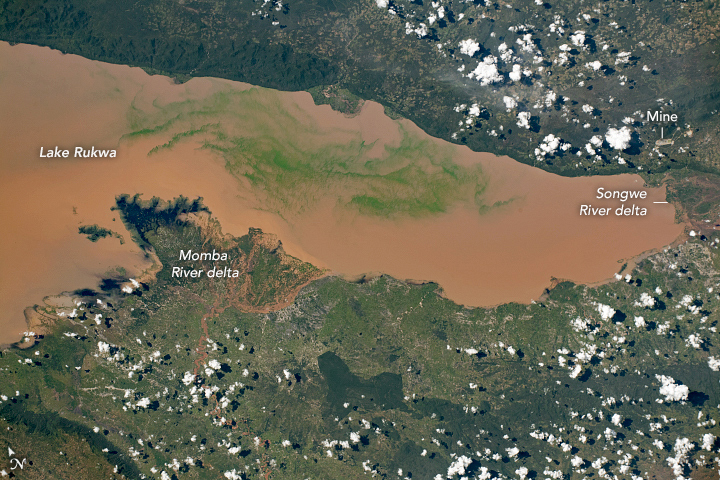 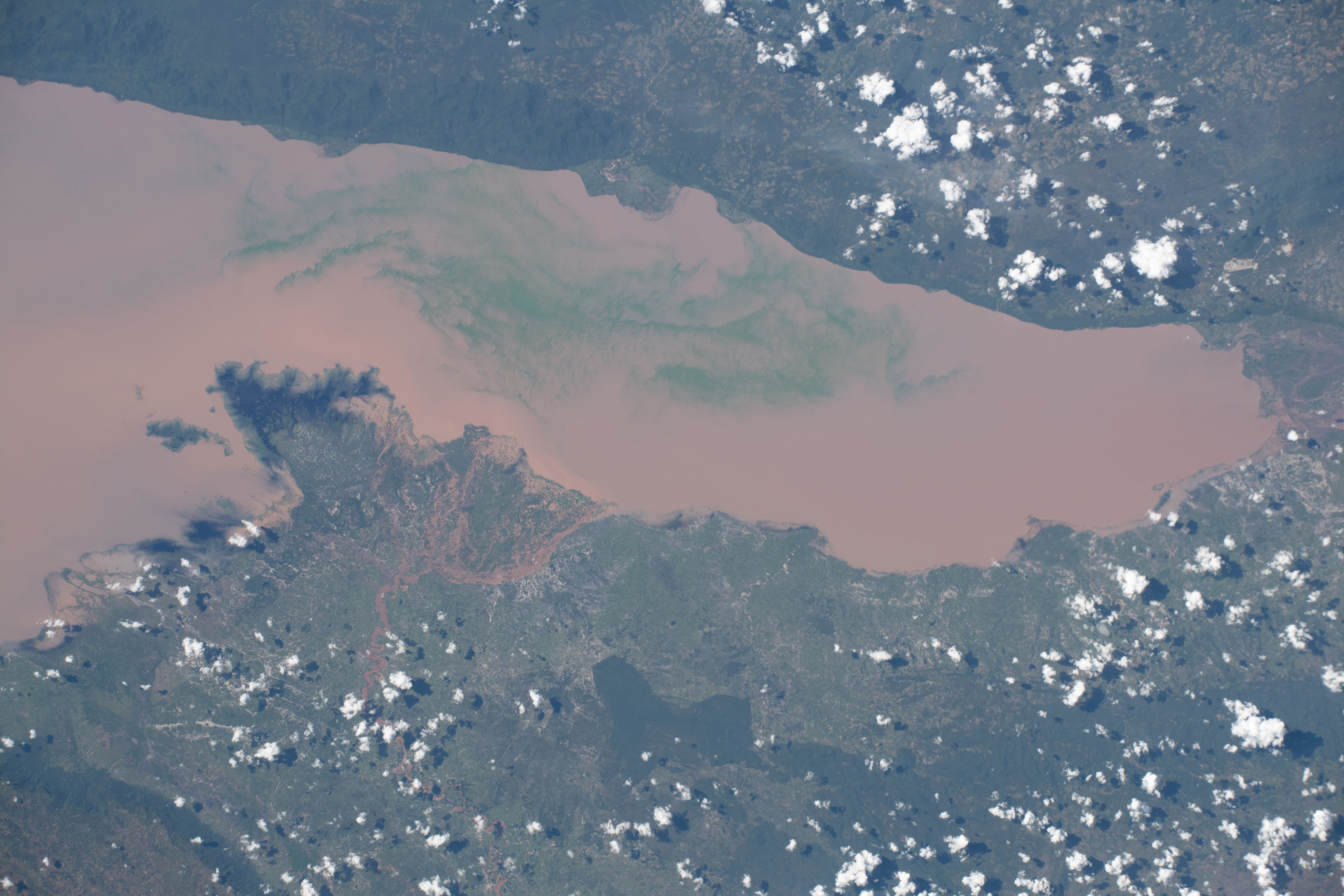 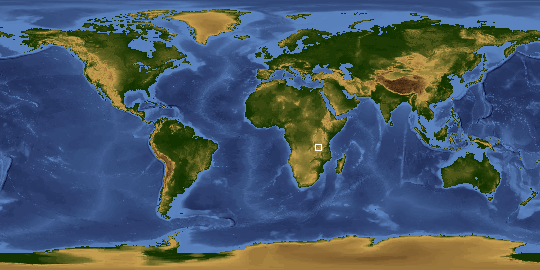 An astronaut aboard the International Space Station (ISS) took this photograph of Lake Rukwa, one of the smaller lakes of the East African Rift. The image captures the southernmost 100 kilometers (60 miles) of the lake, one of several that occupy the deep, down-faulted depressions in Earth's crust that characterize the region.

The straight margins of Lake Rukwa were formed by faults of the rift. Several deltas have formed along the lake margins, with the Songwe and Momba rivers building the largest.

At the time of this photo in March 2020, the distributaries of the Momba and Songwe deltas were pulsing with muddy water. All of the rivers leading to these deltas appear to have brought down mud loosened by rains in the days before the photo was taken, giving Lake Rukwa a red-brown color. The thin darker, green streaks in the middle of the lake may be remnants of clear water from before the influx of mud, or they may be algae blooms. White patches on and near the Songwe River delta are small salt ponds and the open-cast pit of the New Luika gold mine.

Lake Rukwa supports Tanzania's third largest fishery. The long deep lakes of the Rift region - called the "great lakes of central Africa" - are major tourist attractions. The area to the west of Lake Rukwa (lower left) is part of the Uwanda Rukwa Game Reserve. Previous astronauts also have had their eyes drawn to Lake Bangweulu in neighboring Zambia.