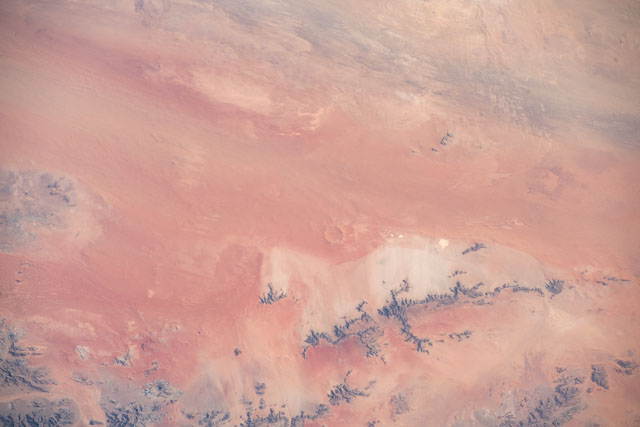 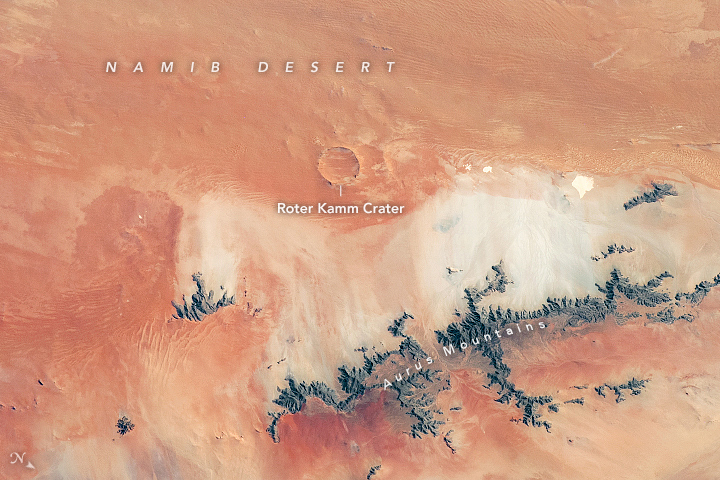 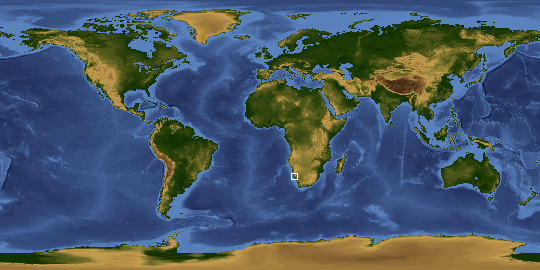 In the vastness of one of the world's oldest deserts lies a relatively recent geologic feature: the Roter Kamm crater ("Red Comb" in German). An astronaut onboard the International Space Station photographed the crater while orbiting over the Namib Desert. It is approximately 130 meters (430 feet) deep and 2.5 kilometers (1.5 miles) in diameter.

Geologists estimate that a meteorite the size of a large motor vehicle soared across the sky and crashed into the sea of red sand dunes approximately 5 million years ago. It created an impact crater that has since been filled with orange and red sand carried in by winds.

Across millions and billions of years, many meteoroids, comets, and asteroids have passed through Earth’s atmosphere and left scars on the planet in the form of impact craters. More than 100 tons of material from near-Earth objects - particles and rock fragments from asteroids and comets ranging from dust-sized to 1 meter in diameter - bombard the Earth daily. Sometimes they visibly disintegrate as meteors or “shooting stars” in the mesosphere before reaching the ground.

A meteoroid capable of causing significant damage to Earth's surface occurs far less often: about once every 2000 years. Impactors large enough to cause extinction-level events on Earth - such as the Cretaceous-Tertiary (KT) boundary mass extinction - reach the surface at the rate of once every few million years.