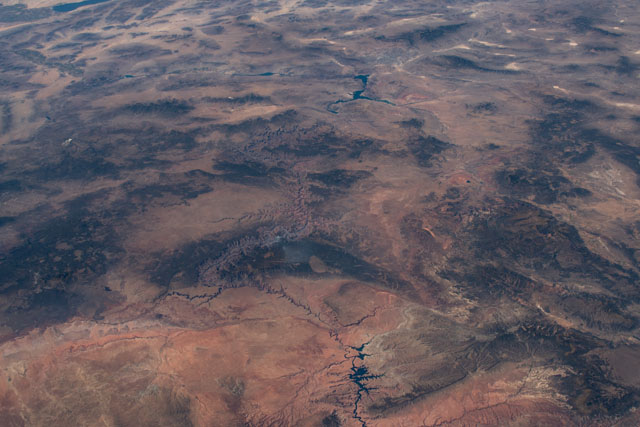 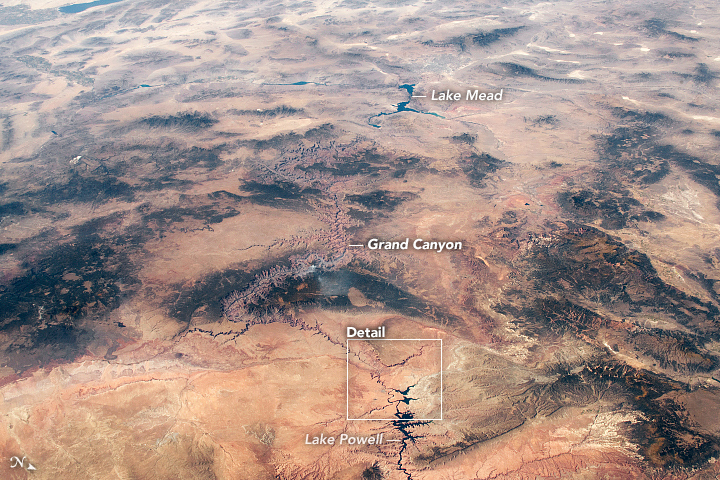 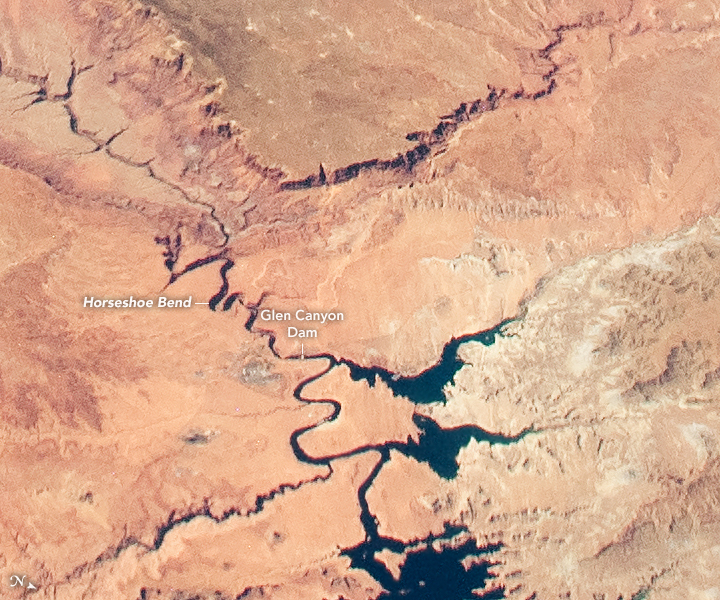 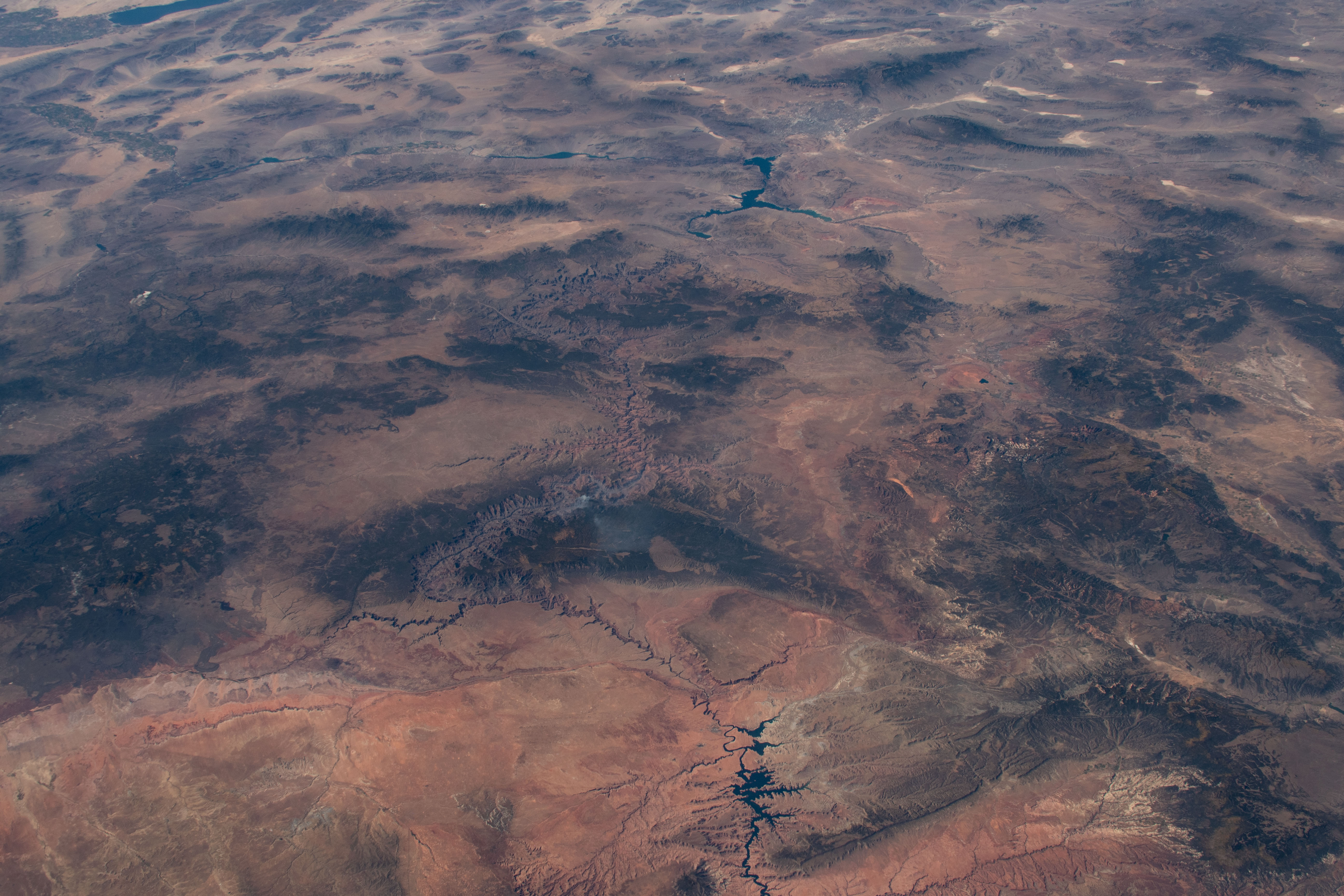 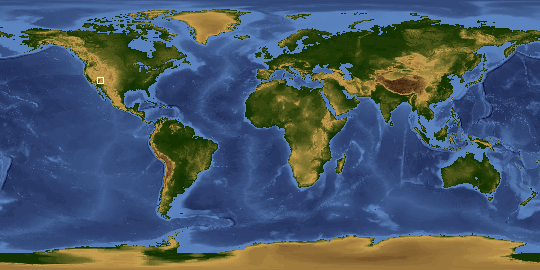 Ancient geologic features and modern reservoirs share the spotlight in this photo of the Colorado Plateau, taken by an astronaut onboard the International Space Station (ISS).

The western half of the plateau, which spans southeastern Utah and northern Arizona, is dominated by the Colorado River and its tributaries, which collectively drain more than 90 percent of the water on the plateau. According to the U.S. National Park Service, the Colorado River began eroding the plateau about 5 to 6 million years ago, forming many of today's well-known features like the Grand Canyon, Horseshoe Bend, and the characteristic slot canyons of the region.

Horseshoe Bend is a popular and scenic entrenched meander near Page, Arizona - one of the many twists in the Colorado River. The meanders formed as the Colorado Plateau was raised by tectonic forces. As the land rose upward, the river continued to cut its channel downward through the underlying rock layers. That channel cutting formed a tight U-shape (closeup below) in the sandstone to form today's sheer cliff walls.

While natural forces like erosion have been reshaping the landscape for thousands of years, humans have made their mark in the past hundred years. The largest bodies of water in these images are the artificial reservoirs at Lake Powell and Lake Mead, which were formed by the Glen Canyon and Hoover dams, respectively. The lakes are the two largest artificial reservoirs in the United States, providing hydroelectric power and water for about 40 million people and 5.5 million acres of farmland across the U.S. West and Mexico.