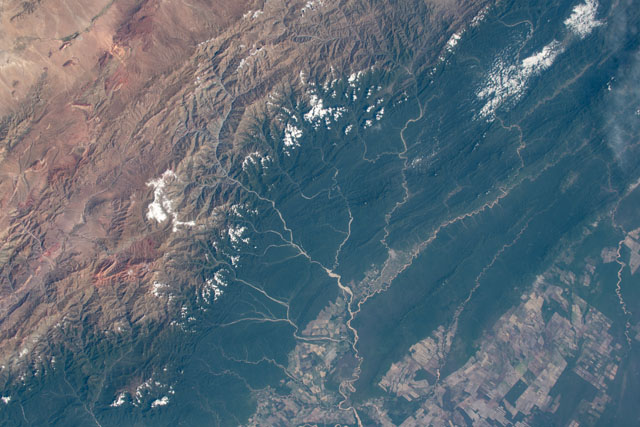 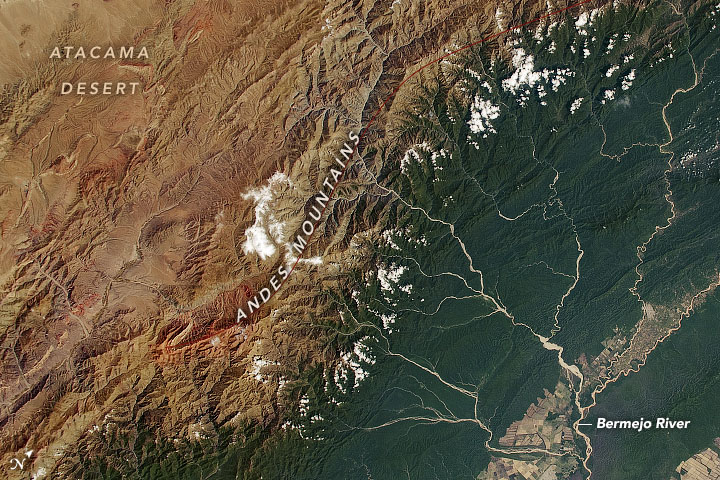 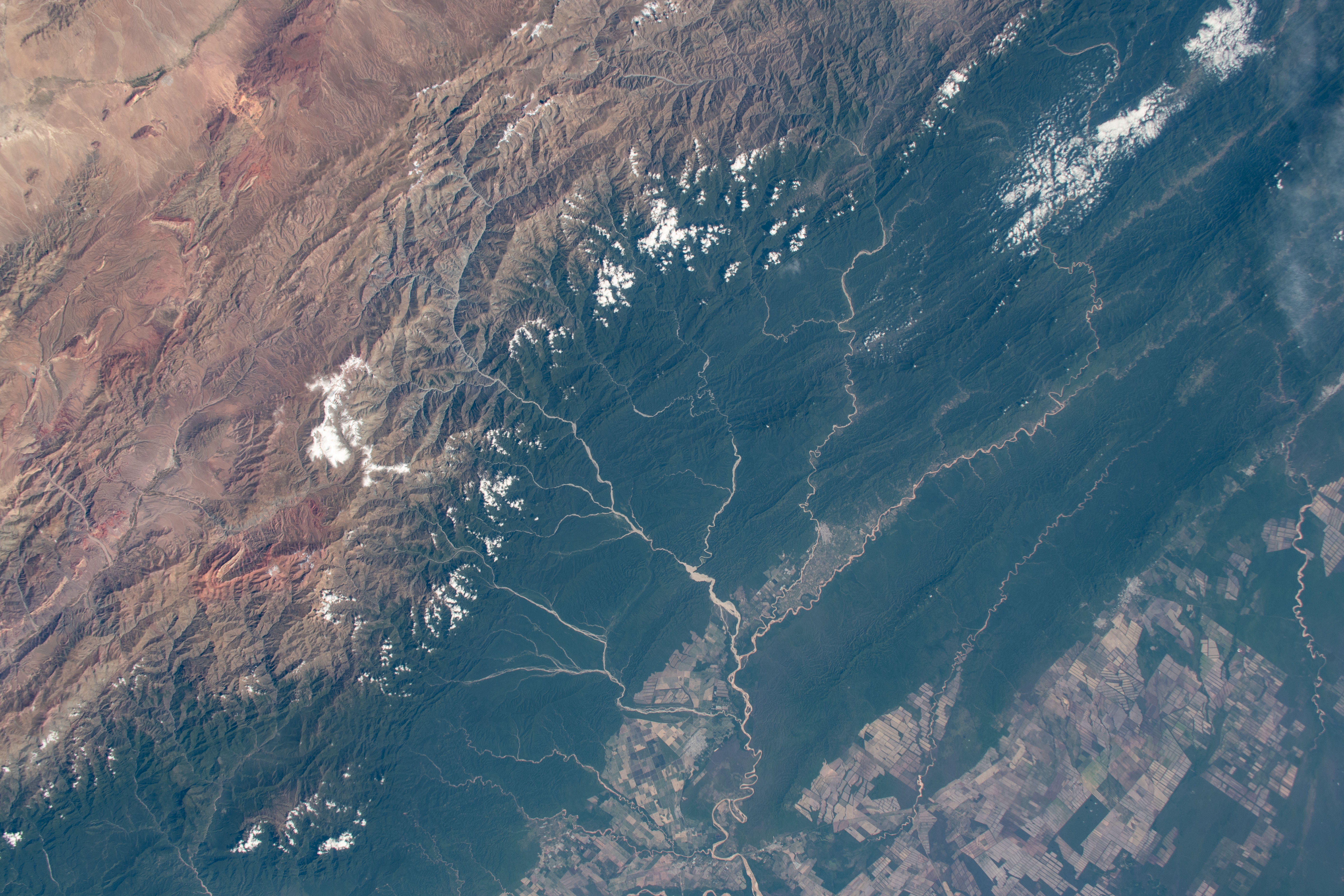 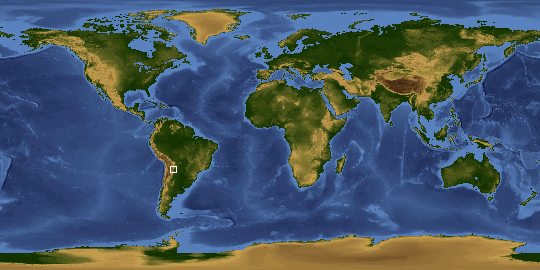 The divide between lush forest and desert is striking in this photograph taken by an astronaut onboard the International Space Station (ISS). Meandering rivers and farmland comprise most of the lower right half of the photo, while the upper left shows part of the Atacama Desert just beyond the Andes Mountains.

The Bermejo River originates in the Andes Mountains in Bolivia and flows into the Paraguay-Parana Rivers. The Bermejo is notably lighter in color than other stream courses because of the abundance of sediment it carries. The river channel also moves regularly due to the combined processes of erosion and deposition along its banks, as evidenced by the meandering pattern.

The Andes are one of the most biodiverse regions of the world. The small portion of the mountain range shown in this photo (from southwest Bolivia and northwest Argentina), provides a great example of the contrast between the high mountain desert and temperate Yungas and Chaco forests.