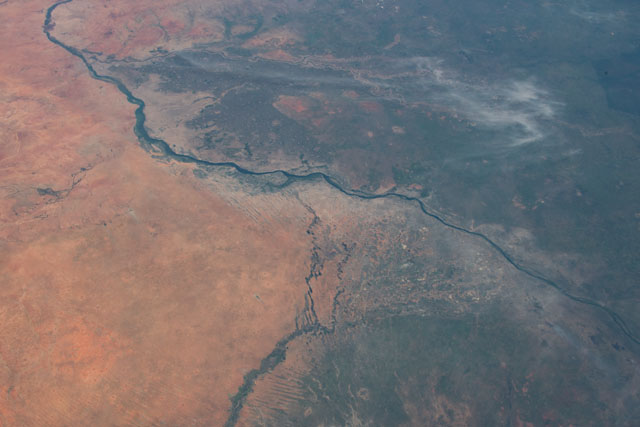 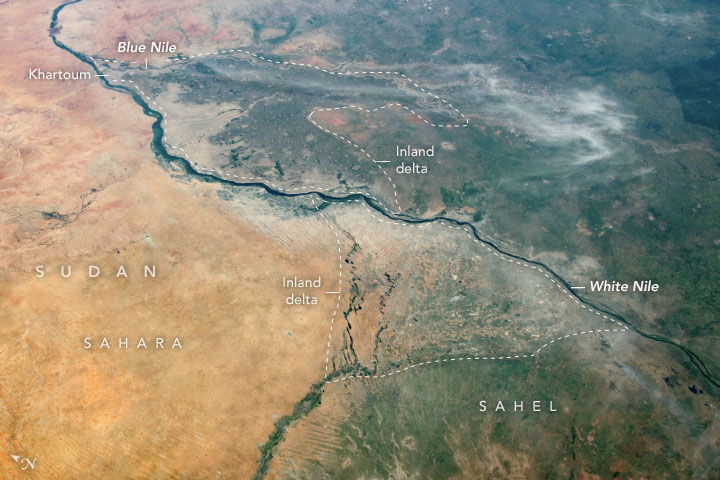 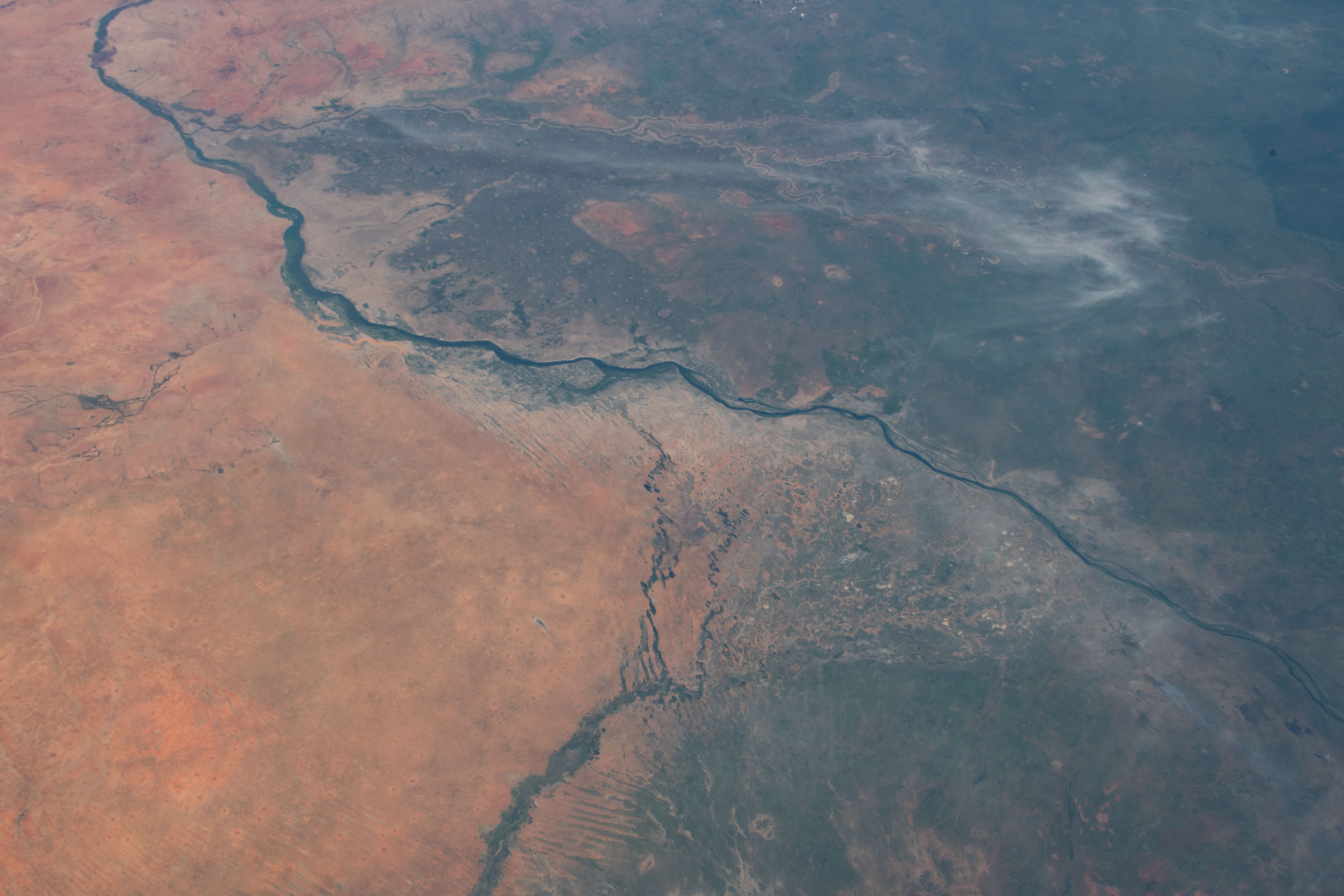 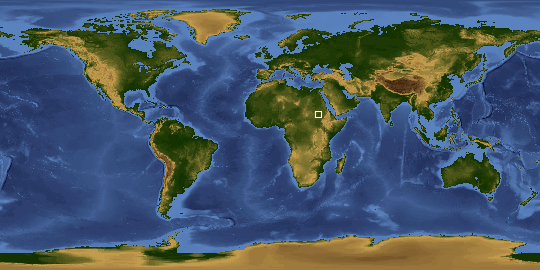 An astronaut aboard the International Space Station (ISS) took this oblique photograph showing a swath of southeastern Sudan near Ethiopia. The White Nile River snakes diagonally across the frame, splitting the tan and brown tones of the arid Sahara Desert from the wetter, greener Sahel.

The White Nile carries sediment from its source region in central Africa. The sediment can make the water appear light-toned in comparison to the clearer water of the Blue Nile, which carries less sediment. The two rivers join to form the River Nile at a confluence near the city of Khartoum, the capital of Sudan.

High annual rainfall associated with the Ethiopian Plateau and its foothills (top right) supplies the Blue Nile with large quantities of water; in the rainy season it amounts to nearly 70 percent of the water in the River Nile north of the confluence. The Blue Nile makes irrigation possible on 400,000 hectares (one million acres) of land, partly for the cultivation of cotton.

The irrigated zone south of Khartoum (north is to the left) is the inland delta of the Blue Nile, a wide area of soft river sediment laid down by the river. The photo also includes the inland delta generated by a tributary of the White Nile.

Inland deltas are roughly triangular, delta-shaped plains of sediment deposited over thousands of years, but without the influence of a body of water like "true" deltas. Inland deltas are often termed megafans to show this diﬀerence. The inland deltas along the Nile have been ideal locations for cultivation not only because of the water supply, but also because they are topographically flat and therefore easily plowed and irrigated.