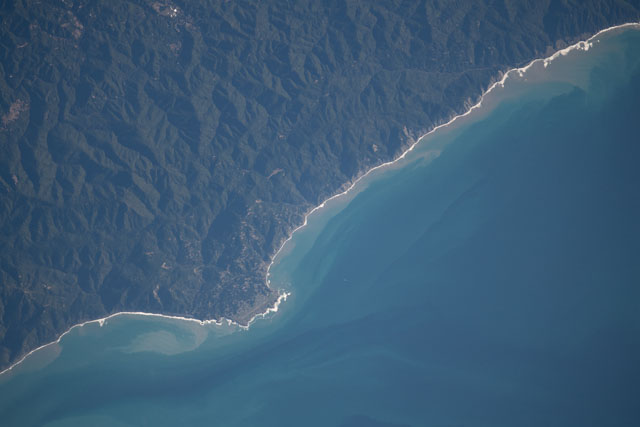 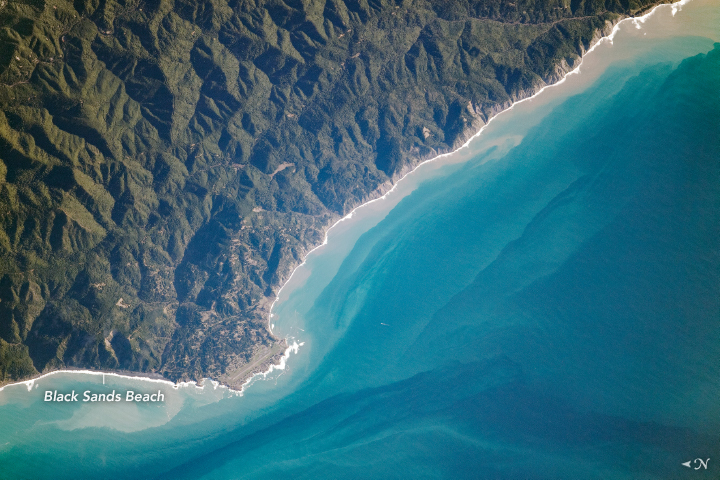 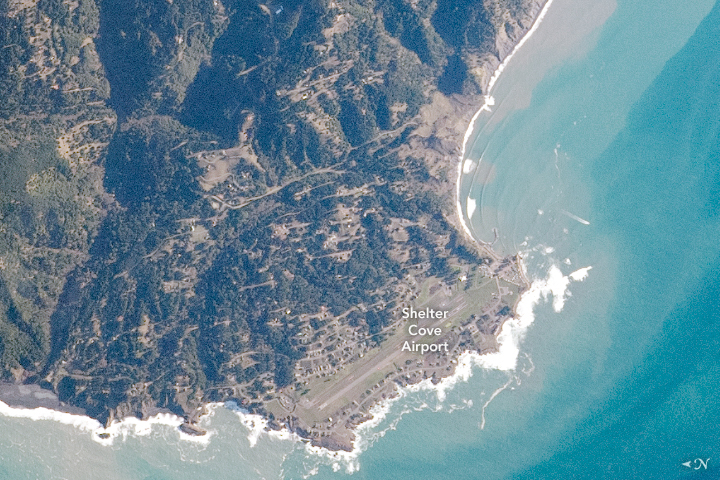 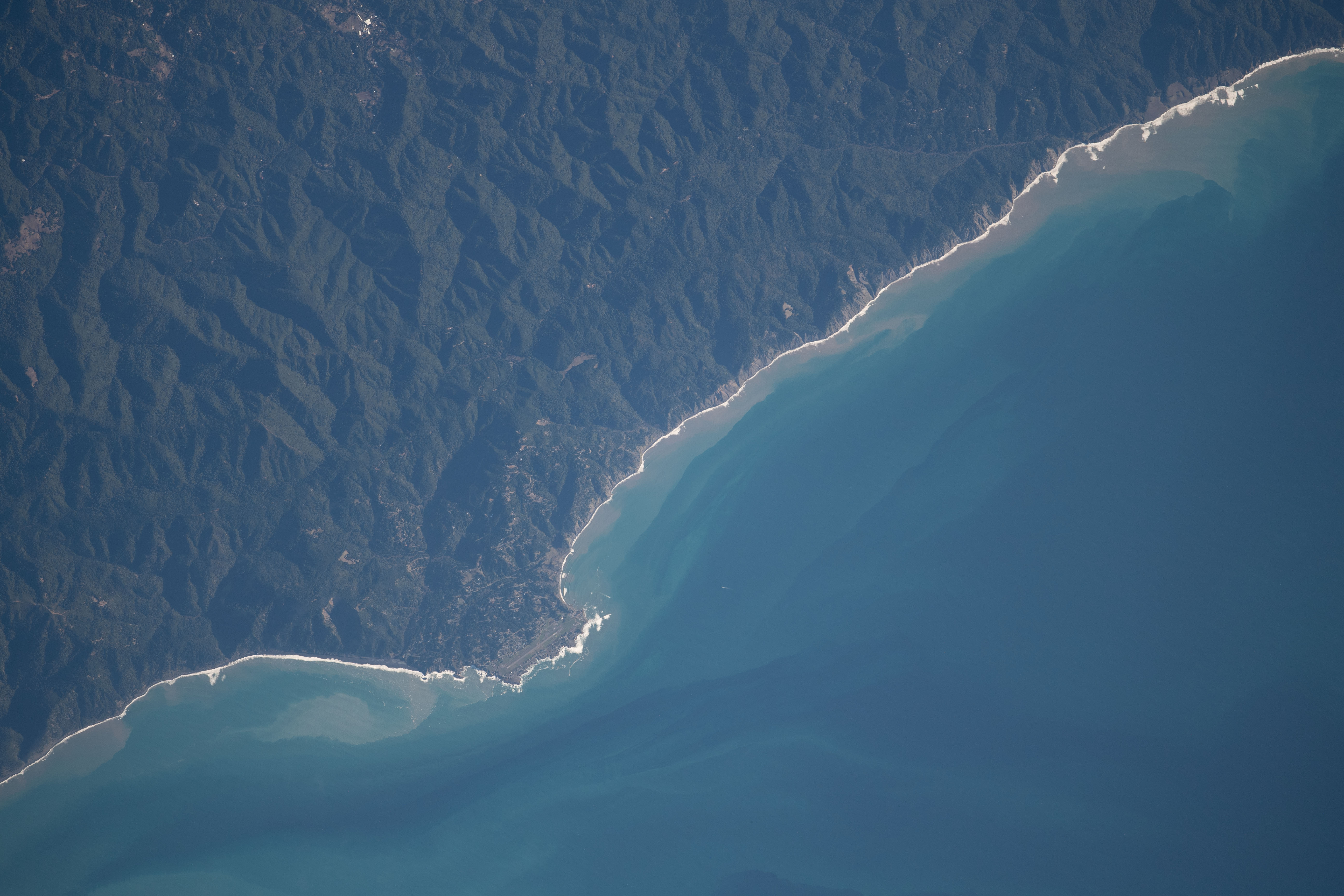 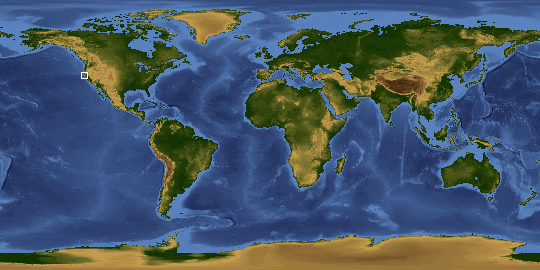 When it came to planning State Route 1 in California, builders concluded that constructing a highway along the steep, rugged terrain of the northern coast would be too costly and difficult. The mountains and steep cliffs in what is now Sinkyone Wilderness State Park - named for the Native American tribe that once occupied the land - prevented the highway from reaching coastal communities, leaving many of them relatively isolated and accessible only by narrow winding roads, air travel, or sea.

Due to this challenging access, much of the region has been termed "California's Lost Coast." While flying over the Pacific Ocean, an astronaut onboard the International Space Station (ISS) took this photograph of Shelter Cove, a small hamlet in that land of secluded hideaways. The short, light-toned lines of roadways are the most prominent visual feature of the town, apart from the small airstrip of Shelter Cove Airport.

North of Shelter Cove (north is to the left in the photo), the coast is lined with black sand beaches that get their coloring from altered igneous and sedimentary rocks that are exposed nearby. Black Sands Beach is the start of one of the many trailheads within the King Range Conservation Area. The trail follows the coastline and is only accessible during low tide. The conservation area spans more than 275 square kilometers (68,000 acres) and in 1970 was declared the first national conservation area in the United States.