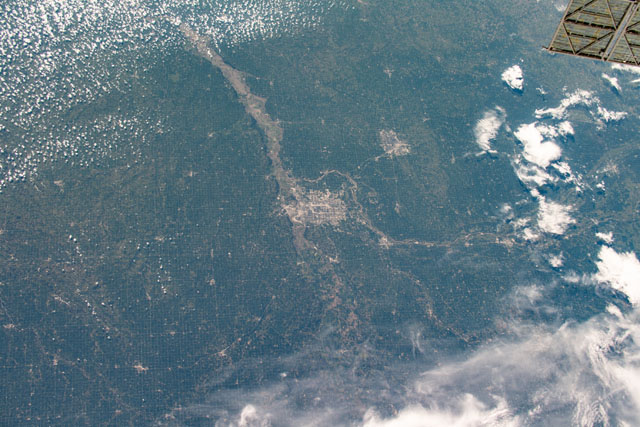 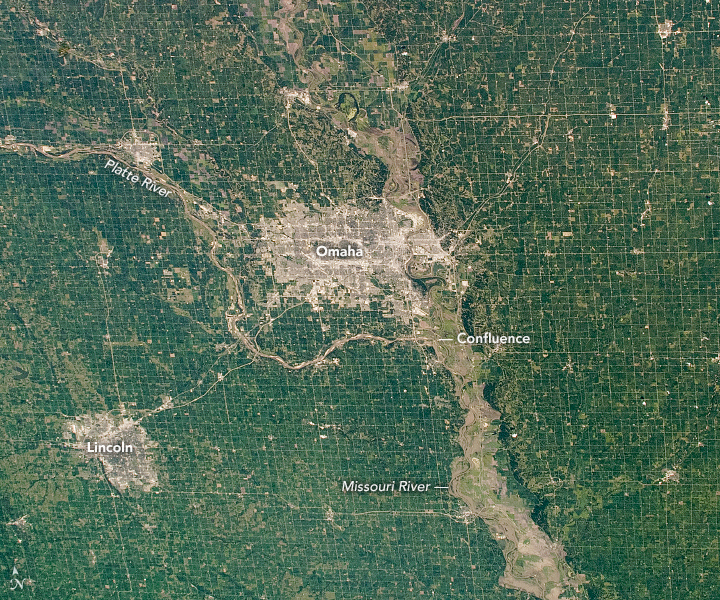 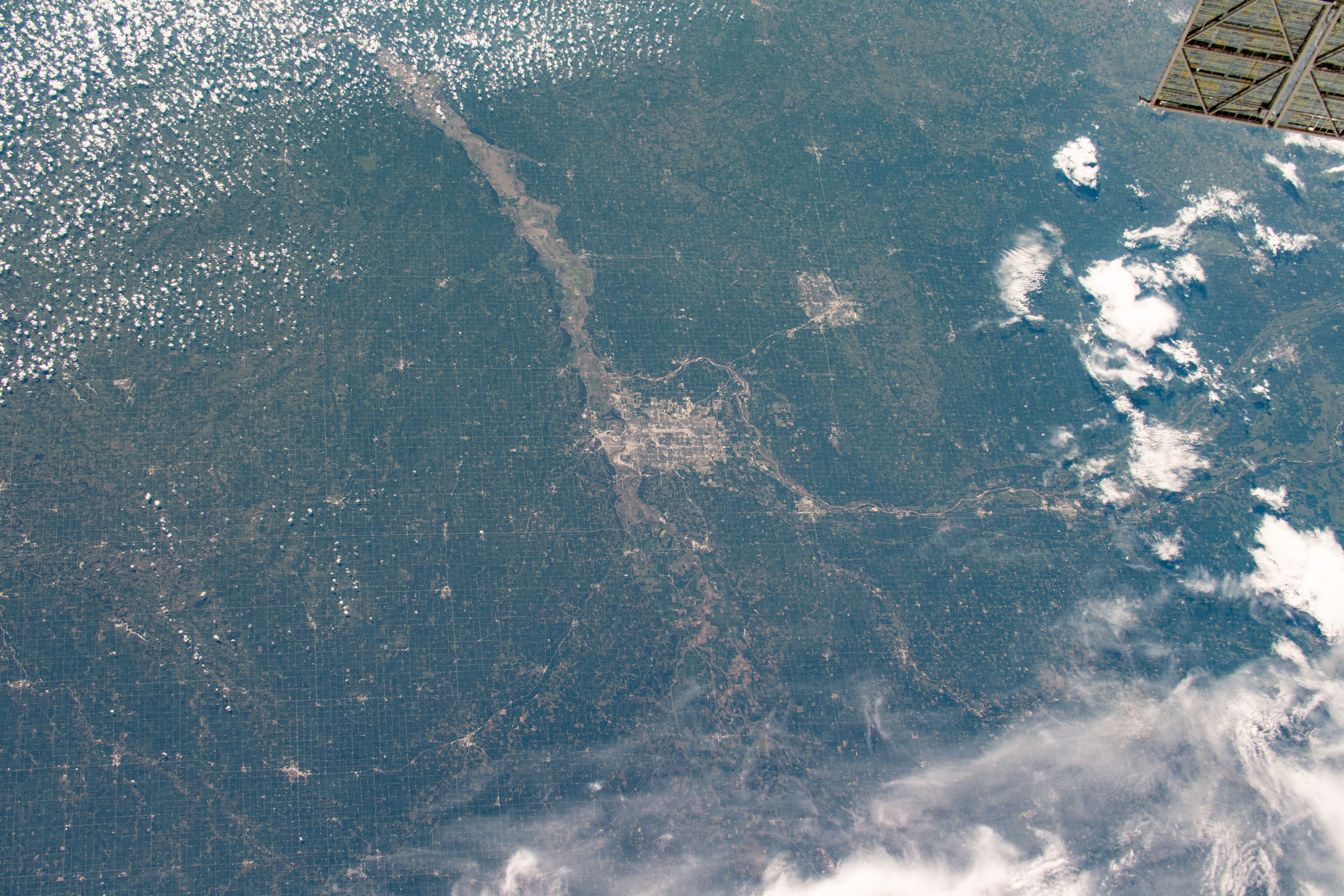 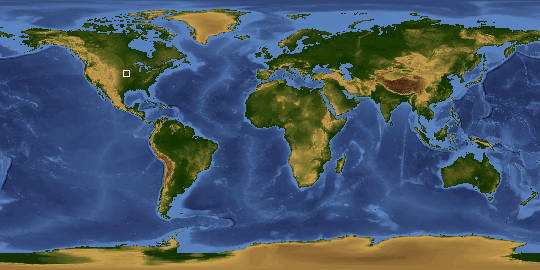 A network of farms and ranches surrounds the cities and small towns near the Nebraska-Iowa border. An astronaut onboard the International Space Station (ISS) took this photograph highlighting Nebraska's two most populous cities: Omaha and Lincoln. The grid-like pattern that spreads across the encompassing flatlands is typical of the Great Plains region and of Nebraska in particular, where 91 percent of the total land area is covered by farms and ranches.

The rectangular grid is a result of the Public Land Survey System, which dates back to the early days of the United States. Land in the region was divided into townships and sections by north-south and east-west lines. Each section was one square mile, except where some geomorphic features (like rivers) interrupted the landscape.

One such interruption is the Platte River confluence with the Missouri River. This meeting point, just 10 miles (16 kilometers) south of Omaha, is part of the Lewis and Clark National Historic Trail. The two rivers have played a vital role in the development of Omaha as an agricultural center in the Midwest.

Similar to farms in neighboring Kansas, the fields around Omaha are primarily irrigated by water from the High Plains Aquifer - also known as the Ogallala - with additional water withdrawn from other local aquifers. West of Omaha, the Ogallala interacts with the Platte River, which recharges the aquifer as part of the hydrologic cycle.