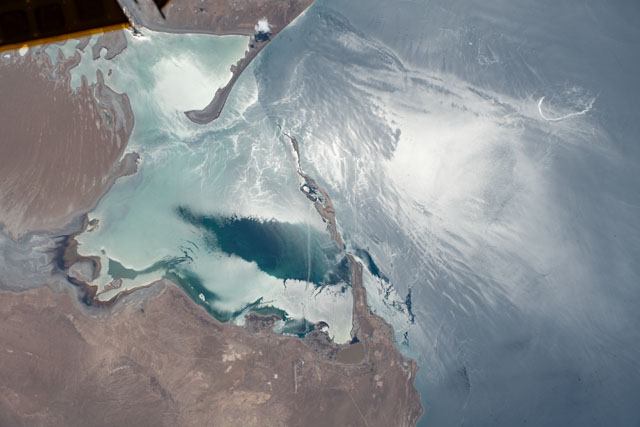 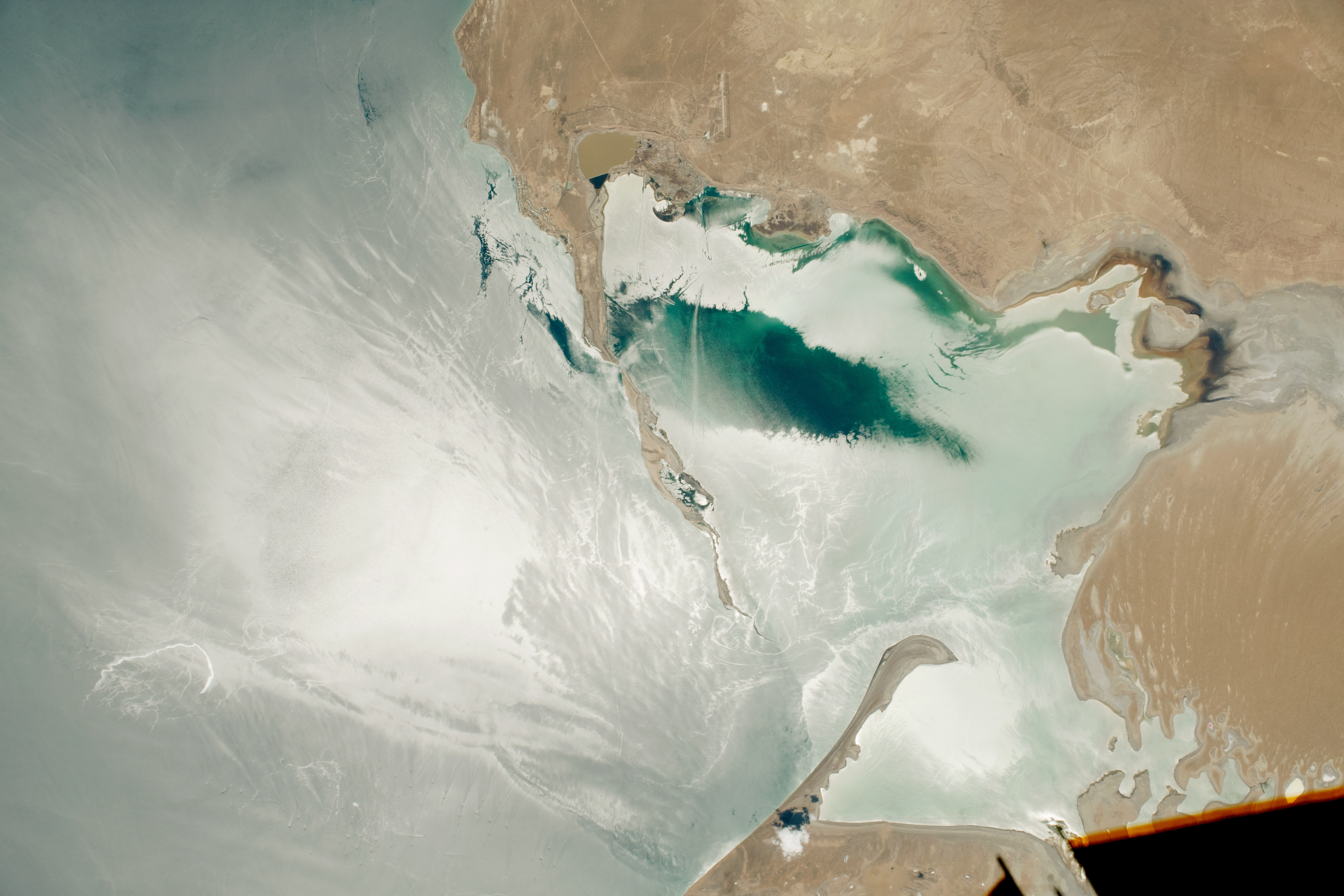 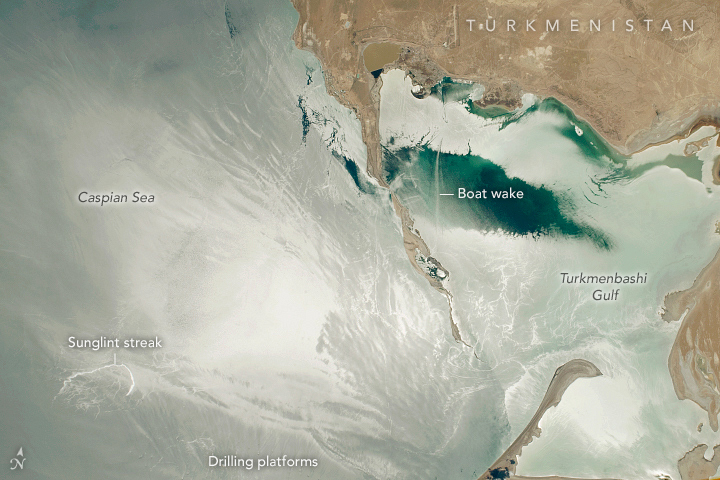 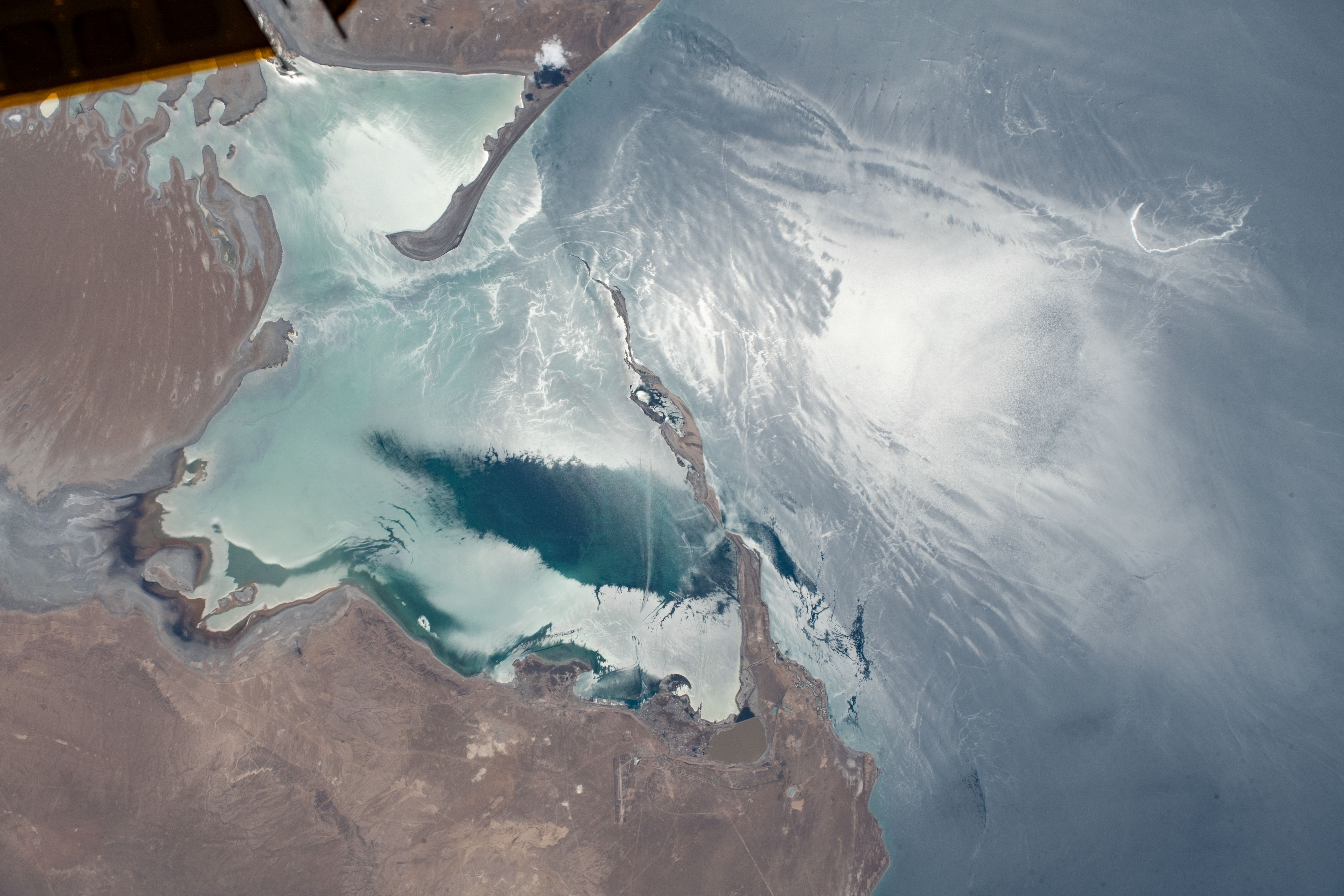 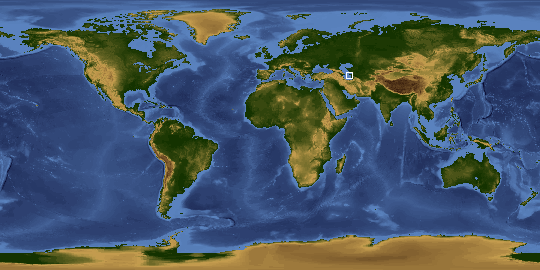 An astronaut onboard the International Space Station took this photo of sunglint reflecting off Turkmenbashi Gulf, an inlet on the southeastern edge of the Caspian Sea. The complex glint patterns are due to waves, winds, the presence of oils or surfactants, and the presence of boats and drilling platforms - all of which alter the roughness of the water surface.

Just beyond the narrow passage into Turkmenbashi Gulf, dozens of offshore drilling operations dot the sea surface. The Caspian Sea is a large oil-producing region, and these drilling platforms are located over a natural gas field. Though these platforms are barely visible from space, the passing waves and sunglint create a traceable line, making the structures easier to locate from above. Wakes from boats also create linear streaks as they head to and from towns and petroleum storage.

A bright, hook-shaped streak appears in the sunglint near the drilling platforms. This could possibly be an oil slick or bilge water discharge from a ship. The streak has been reworked by waves, so the source cannot be determined from this photo.