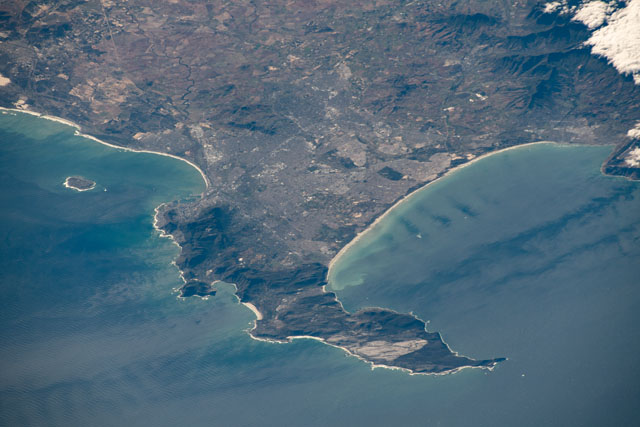 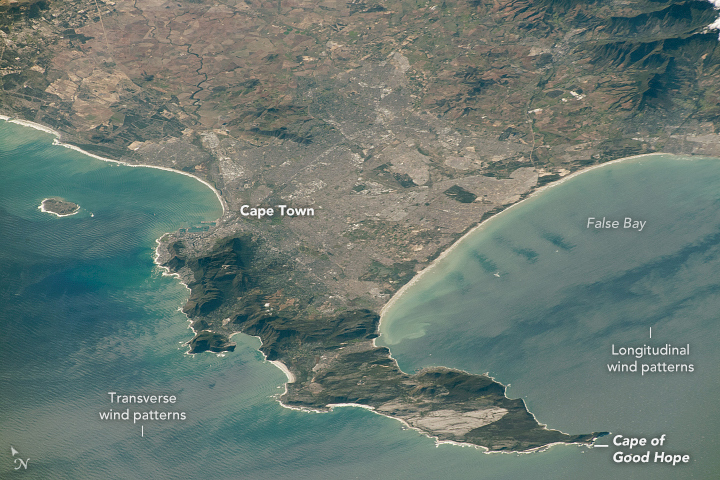 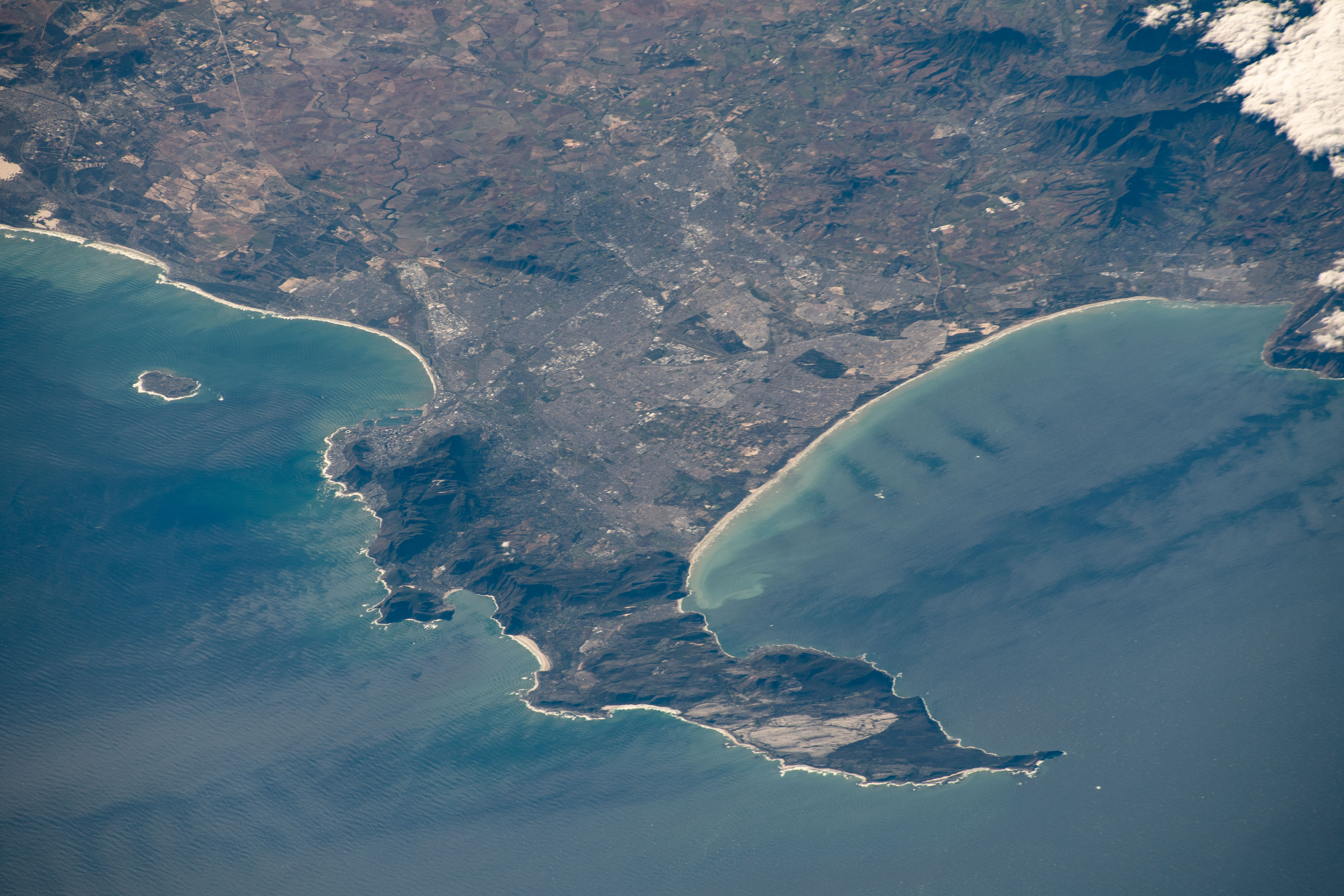 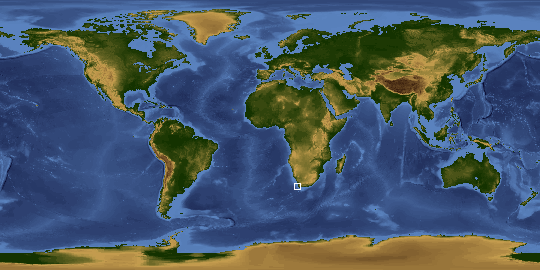 Other options available:
Download Packaged File
Download a Google Earth KML for this Image
View photo footprint information
Download a GeoTIFF for this photo
Georeferenced by human interaction - exported 2019-08-22-202040-UTC
An explanation of the georeference file(s) above

An astronaut onboard the International Space Station (ISS) shot this photograph of the southwestern coast of South Africa. The Cape of Good Hope is located at the southern tip of the Cape Peninsula, which is also home to Cape Town, the legislative capital of South Africa.

The Cape was originally named the Cape of Storms in the 1480s by the Portuguese explorer Bartolomeu Dias. It was later renamed to Good Hope to attract more people to the Cape Sea Route that passed the southern coast of Africa. The Cape eventually became a significant port and waypoint point for sailors traveling from Europe to Asia. However, the opening of the Suez Canal in 1869 provided a much shorter route from the Mediterranean Sea to the Indian Ocean, making the long trip around Africa inefficient.

The waters near the Cape, where the Atlantic and Indian Oceans meet, can be treacherous for ships. The warm Agulhas current from the east runs into the cold Benguela current from the northwest. Dangerous waves from these currents have caused many shipwrecks. According to folklore, these shipwrecks led to the legend of the Flying Dutchman, a ghost ship doomed to sail the oceans forever after being lost in a severe storm near the Cape.

Offshore, the transverse and longitudinal wind patterns on False Bay are caused by the strong winds blowing along the South African coast. The winds will blow in different directions depending on the time of year: During the summer (September to March), the winds will blow in from the southeast; in winter (May to September) they blow from the northwest. The winter winds tend to bring in moisture, cold fronts, and stormy weather from the Atlantic. Summer winds are known to locals as the "Cape Doctor" because they often blow pollution away from the region and help mix oxygen up into the shallow waters of the bay, sustaining small fish and crabs.