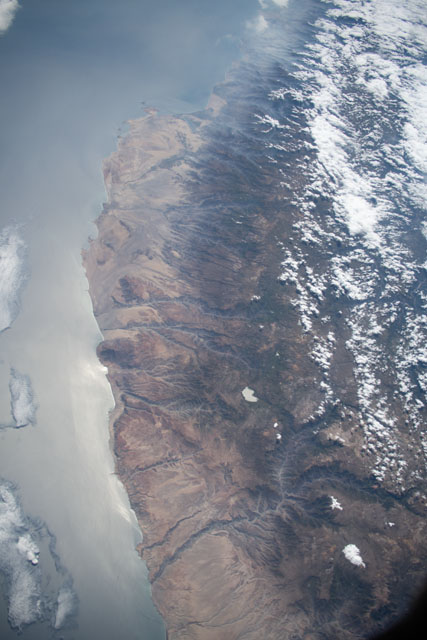 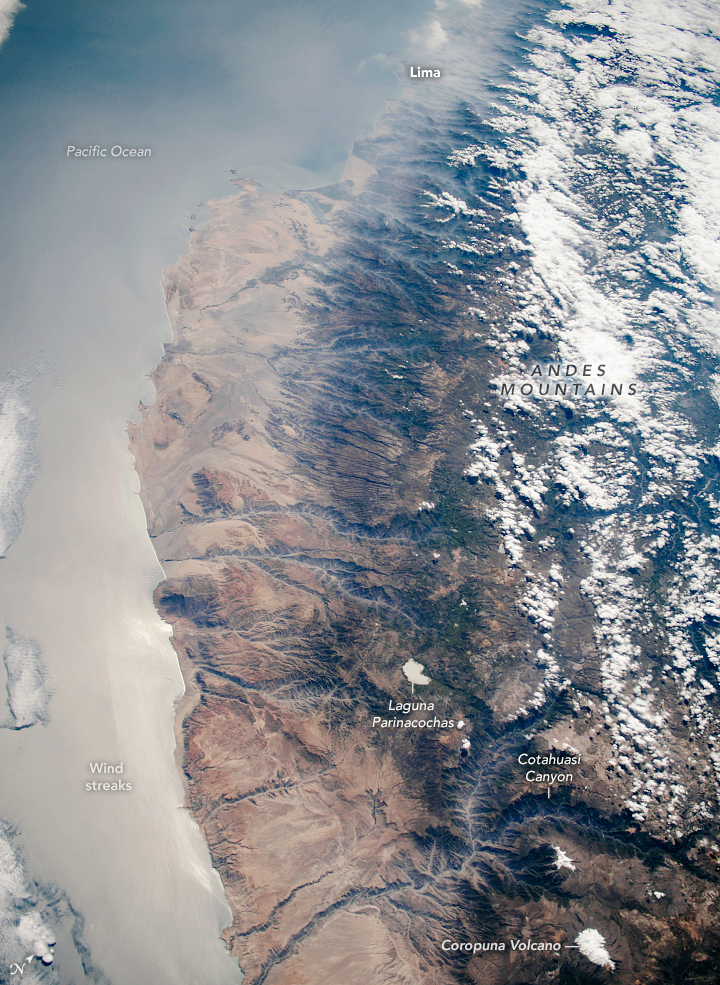 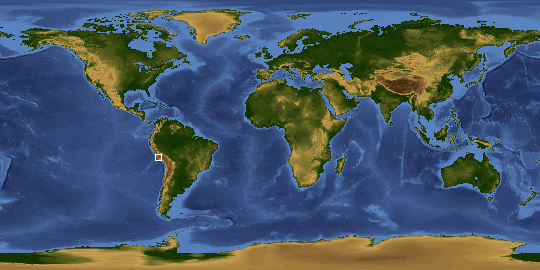 Using a short lens, an astronaut aboard the International Space Station (ISS) captured this expansive view of 800 kilometers (500 miles) of Peru's coastline. The wide viewing angle gives the impression of a near-vertical view in the foreground and a distinctly oblique view at the top.

The steep-sided, 2800-meter (9,200-foot) deep Cotahuasi Canyon and the white icecap of Nevado Coropuna volcano (6425 meters or 21,079 feet) stand in the foreground. The lighter-toned Atacama Desert hugs the coast, bordered inland by the darker-toned rocks of the high Andes Mountains.

The Andean plateau, mainly under cloud on this day, rises 4000 meters (13,000 feet) above sea level, with volcanic peaks (such as Corapuna) rising much higher. Numerous steep-sided canyons descend from the plateau to the coast. The rivers that cut these canyons provide water for irrigating agricultural fields in the desert. (The farmlands appear as darker patches amid the tan of the desert.)

The Sun's reflection off of the Pacific Ocean reveals wind streaks produced by the strong southerly winds. Inland, Laguna Parinacochas is distinctly visible because it also reflects the Sun.

In the distance, almost invisible under a layer of smog, lies the capital city of Lima.