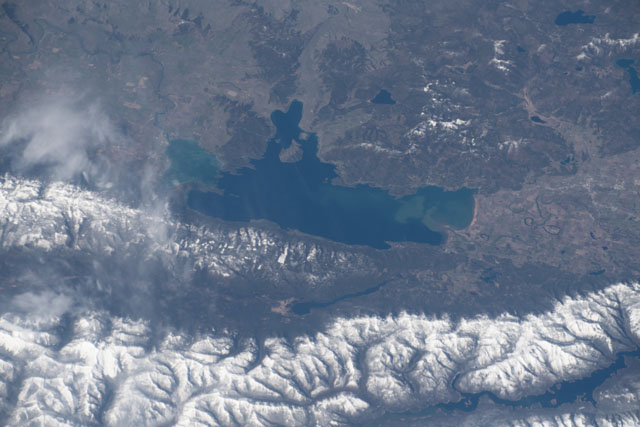 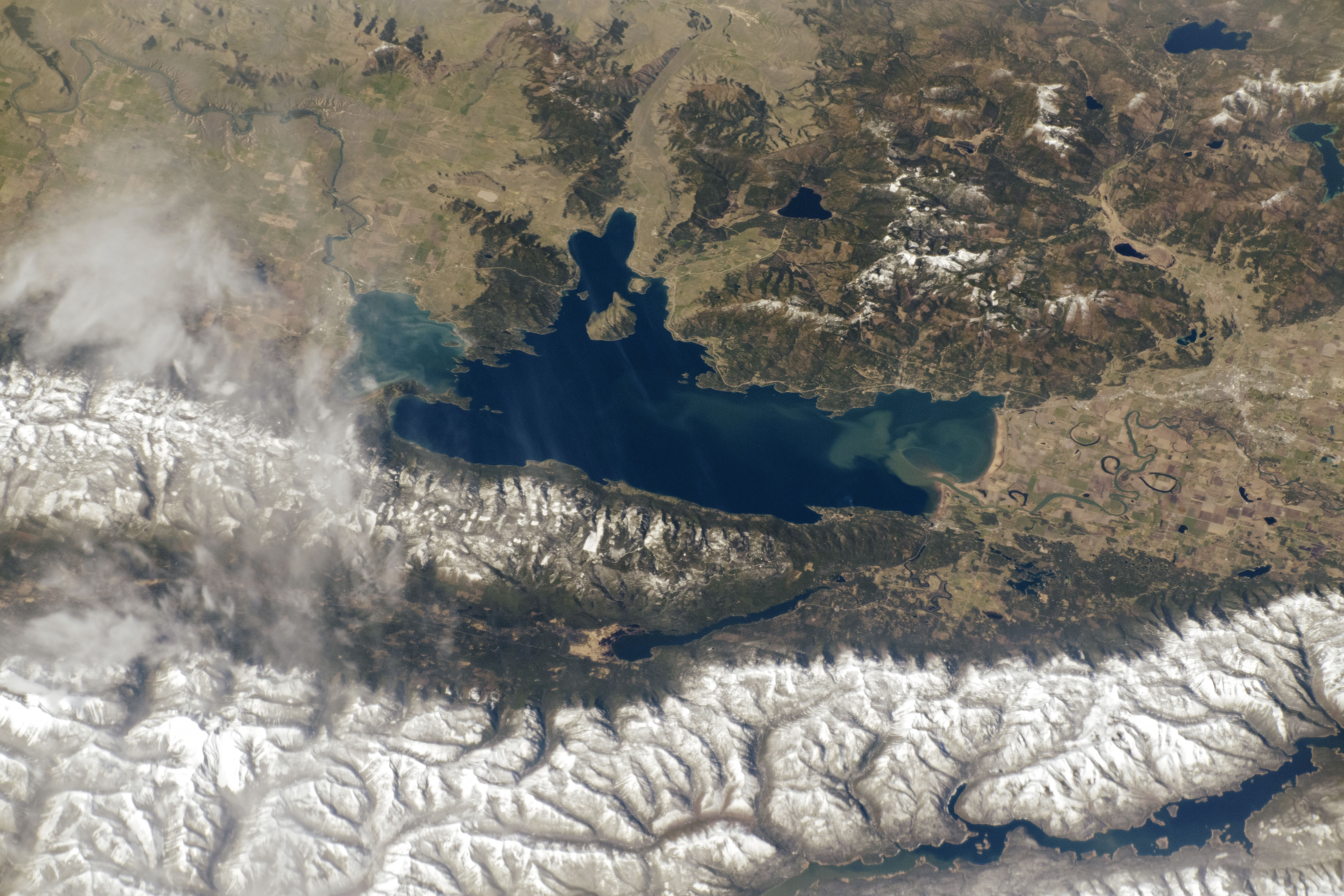 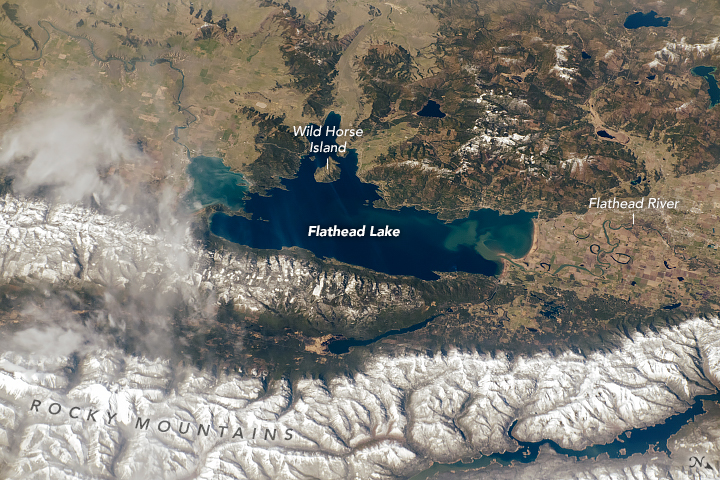 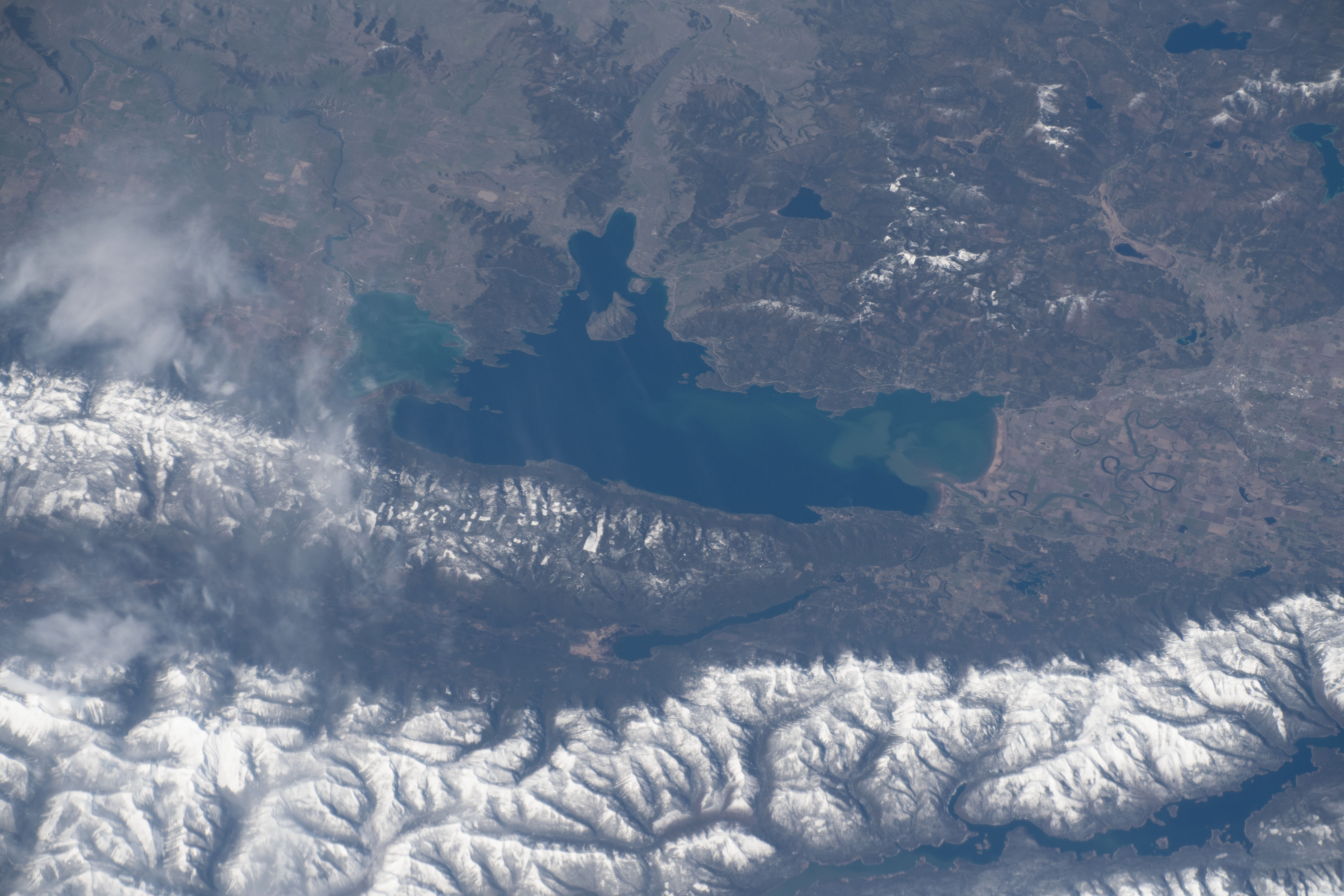 An astronaut aboard the International Space Station (ISS) aimed a camera towards the Rocky Mountains to capture this image of Flathead Lake. The lake we see today on the western edge of Flathead National Forest is a remnant of Glacial Lake Missoula.

Flathead is located within a depression known as the Rocky Mountain Trench, and it is one of the largest freshwater lakes west of the Mississippi River in the continental United States. The lighter-toned parts of the lake are due to the inflow of sediment from seasonal snow melt. The meandering Flathead River, which flows south into the lake, has created multiple sloughs (also known as oxbows) along its course.

For hundreds to thousands of years, the Salish, Kootenai, and Pend d'Oreille tribes have hunted, foraged, and fished on land now included within the Flathead Indian Reservation. Today cherry orchards line Flathead Lake and they are irrigated by water from the basin. These orchards, along with others in surrounding cities, contribute to an annual sweet cherry production of 4 million pounds.

Native and migratory birds like the bald eagle, the Canada goose, terns, and sandhill cranes use the islands, shorelines, and surrounding uplands of Flathead Lake as overwintering and breeding grounds. Wild Horse Island, the largest in the lake, was reportedly once used by the Kootenai tribe to hide horses in order to protect them from enemies.