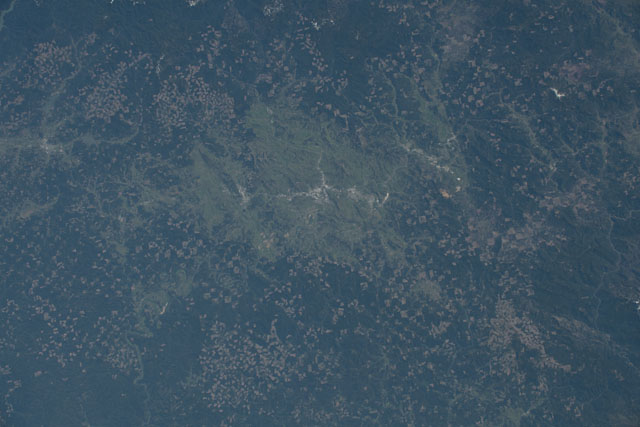 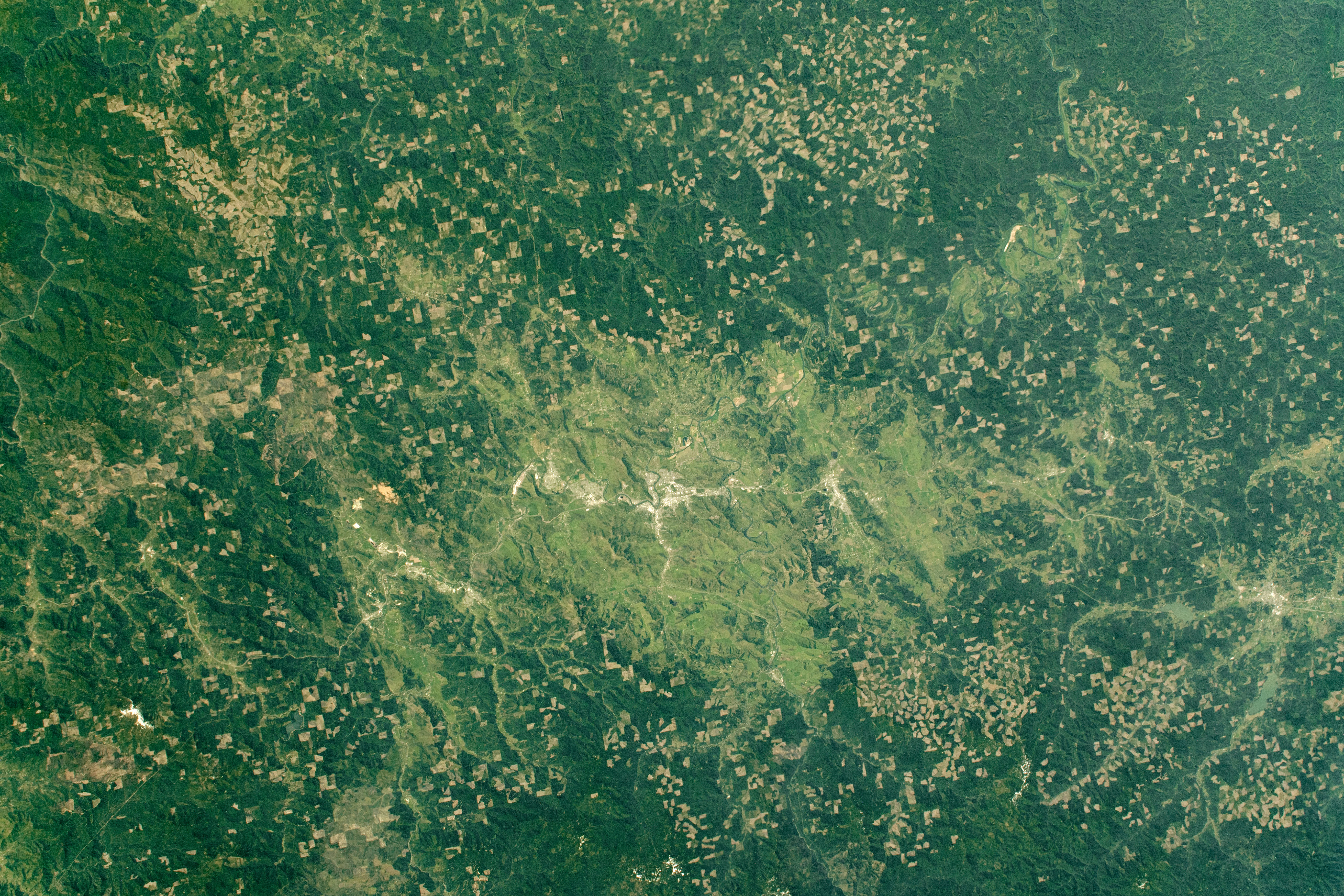 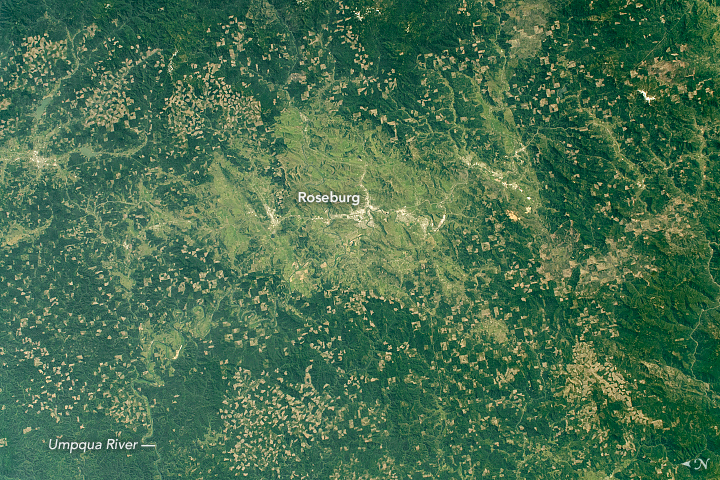 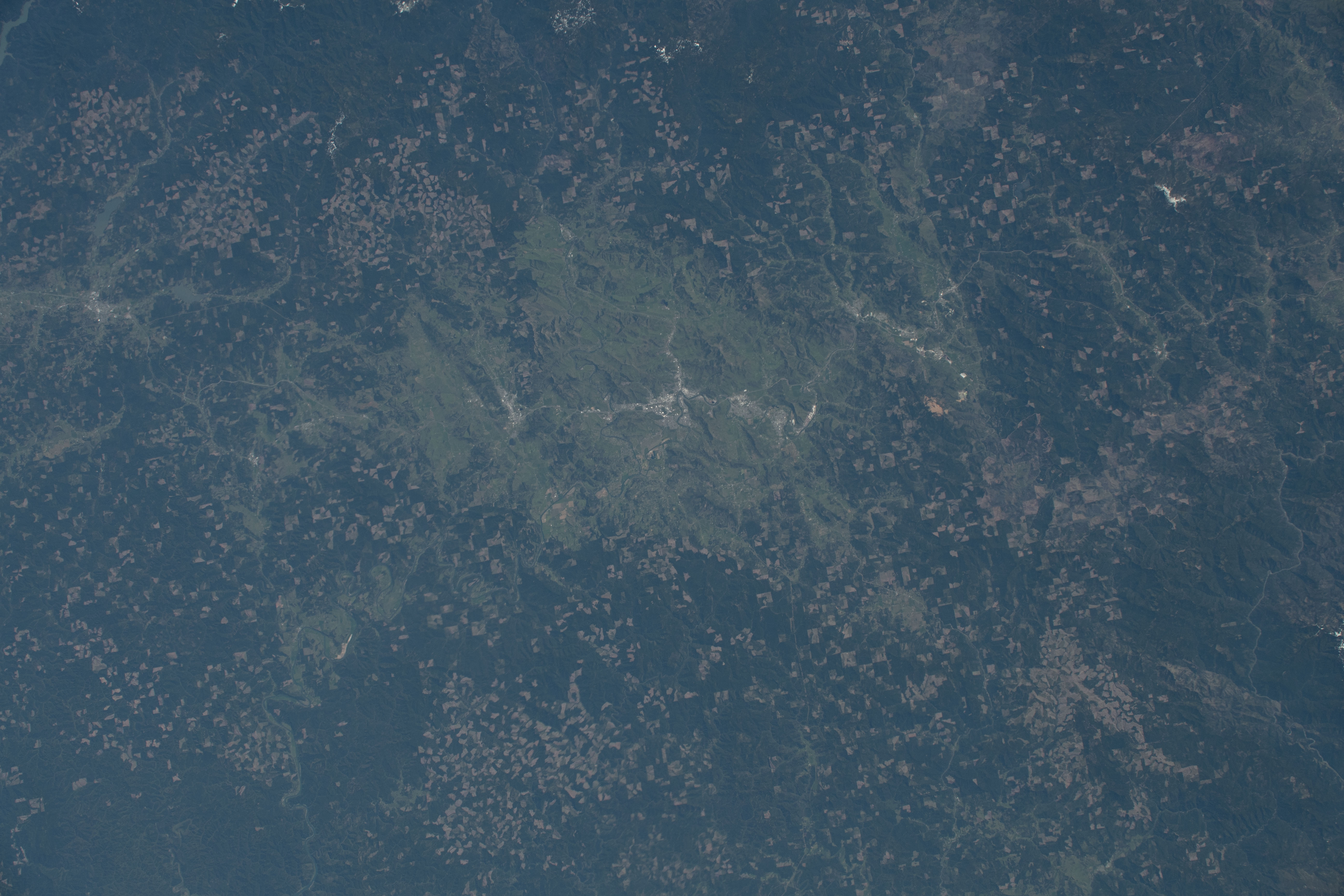 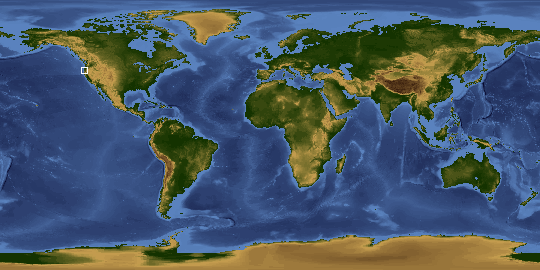 This photograph, taken by an astronaut on the International Space Station, highlights the distinctive patterns etched into the forests surrounding the town of Roseburg, Oregon. Roseburg is located west of the Cascade Range, bordering the western edge of the Umpqua National Forest. Western Oregon is dominated by evergreen forests, specifically the Douglas-fir, Oregon's state tree. Most of these forests are managed by either the federal government or private landowners, mostly for timber production.

The checkerboard pattern is the result of the land use history of parcels previously owned by the Oregon and California (O&C) Railroad from the 1860s to the 1930s. The O&C lands were originally granted every other square mile and interspersed with privately owned land, within 20 to 30 miles (32 to 48 kilometers) of each side of a proposed railroad line.

Since 1946, the O&C lands have been administered by the Bureau of Land Management (BLM) and the U.S. Forest Service. Most of these federal lands are now forested and appear dark green. The brown patches adjacent to them are privately owned lands with more intensive timber harvesting.

The sizes and shapes of the cleared land conforms to the topography of the area or are cut to adhere to stream and wetland buffers, wildlife habitats, or logging roads. Oregon limits clear-cuts to 120 acres (49 hectares), and the adjacent patches under the same ownership cannot be cleared until the reseeded trees in the original harvest site are well established. The state follows reforestation rules put in place to ensure a sustainable cycle of harvesting.