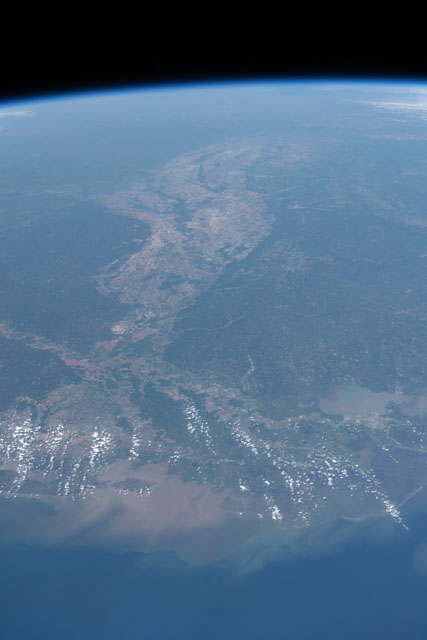 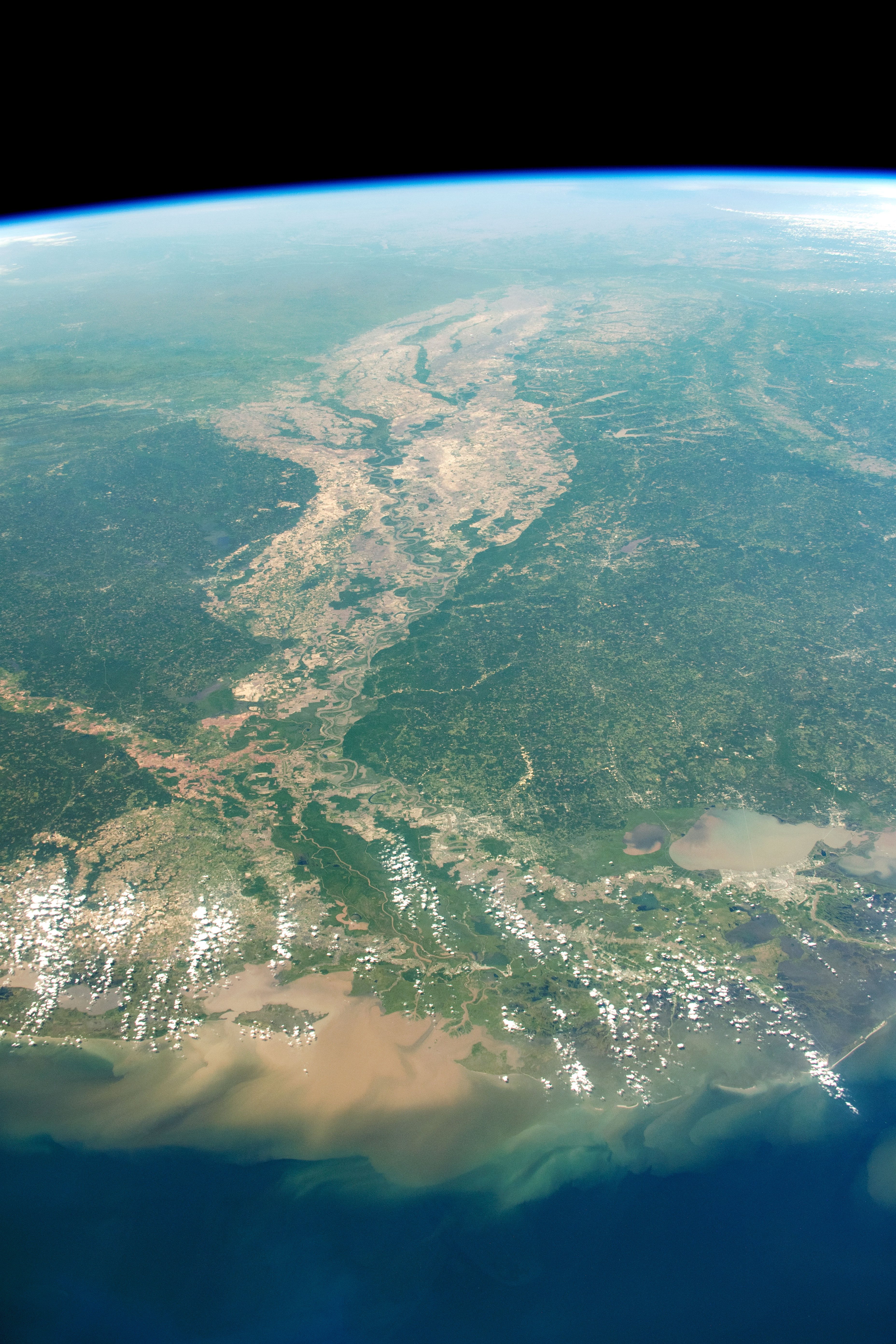 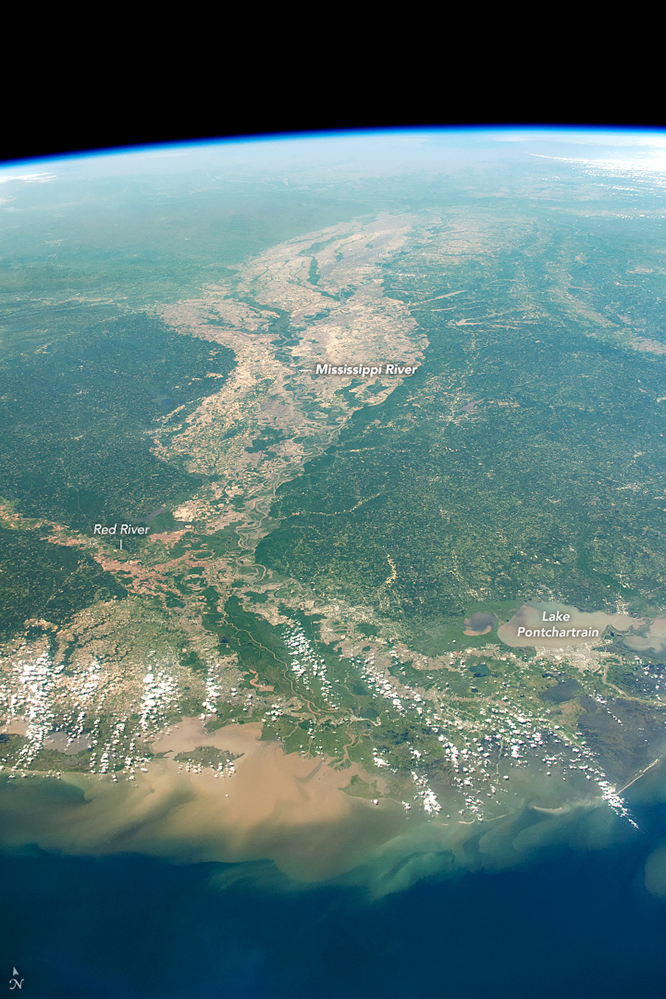 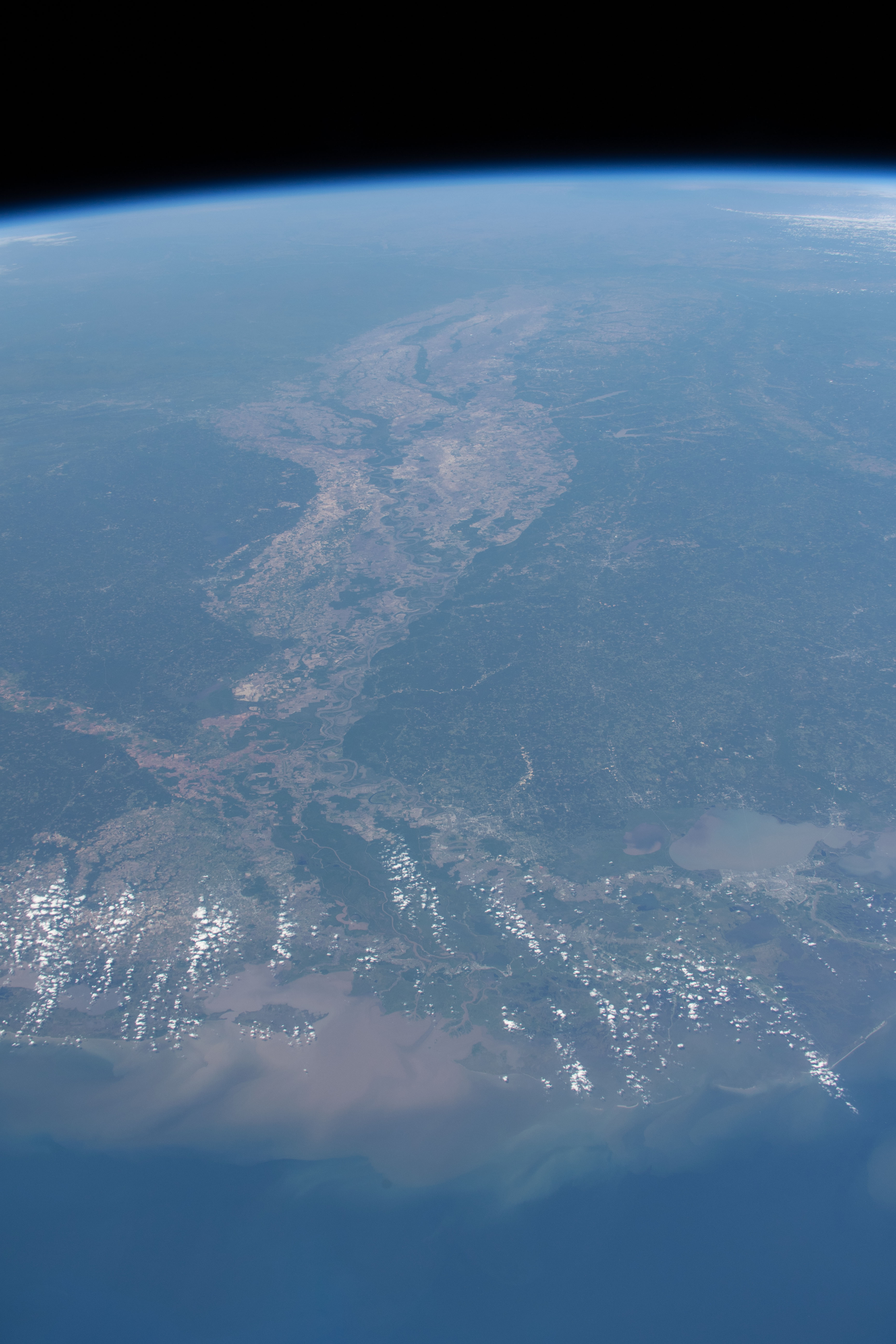 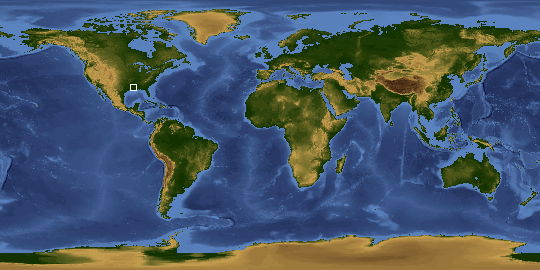 While orbiting over the Gulf of Mexico in April 2019, an astronaut aboard the International Space Station (ISS) looked northward to take this highly oblique photo of the Mississippi River delta. The Mississippi River watershed is one of the largest in the world, consisting of more than a hundred tributaries, including the Red, Ohio, and Missouri Rivers.

The Mississippi watershed extends from the Appalachians to the Rocky Mountains and contributes to about 40 percent of the drainage in the continental United States. It drains water and sediment from 31 U.S. states, delivering both to the Gulf of Mexico via the Atchafalaya and Mississippi River deltas. Longshore currents carry much of those sediments west from the deltas and deposit it along Gulf Coast beaches. A large pulse of sediment, likely the result of widespread flooding during 2019, is visible along the western Louisiana coastline.

The light-toned land on either side of the river distinguishes its alluvial floodplain. Because rivers provide a transportation system and a reliable source of water, people often seek out floodplains for building cities and industries and for developing farms. Along the entire length of the Mississippi River, agricultural land use is extensive. Excess nitrogen and phosphorus from agriculture runs off into the river drainage systems and eventually enters the Gulf of Mexico. Local and regional flooding can increase stream flow and erosion rates, intensifying this process.

Each summer, hypoxic (low oxygen) “dead zones” can threaten aquatic life in the Gulf of Mexico. These dead zones can be caused by nutrient pollution; by limited mixing between water layers due to density and temperature differences; and by a drastic increase in algae blooms—all of which deplete oxygen levels in the water. Sessile (fixed in place) organisms like corals, shellfish, and aquatic plants are unable to escape these dead zones and will often die, harming local food webs and the fishing industries that depend upon them.