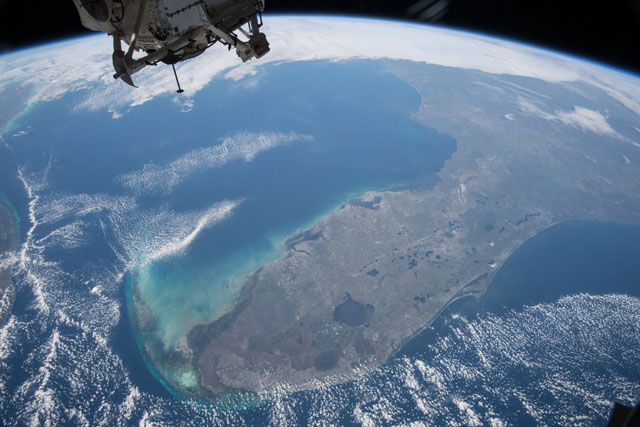 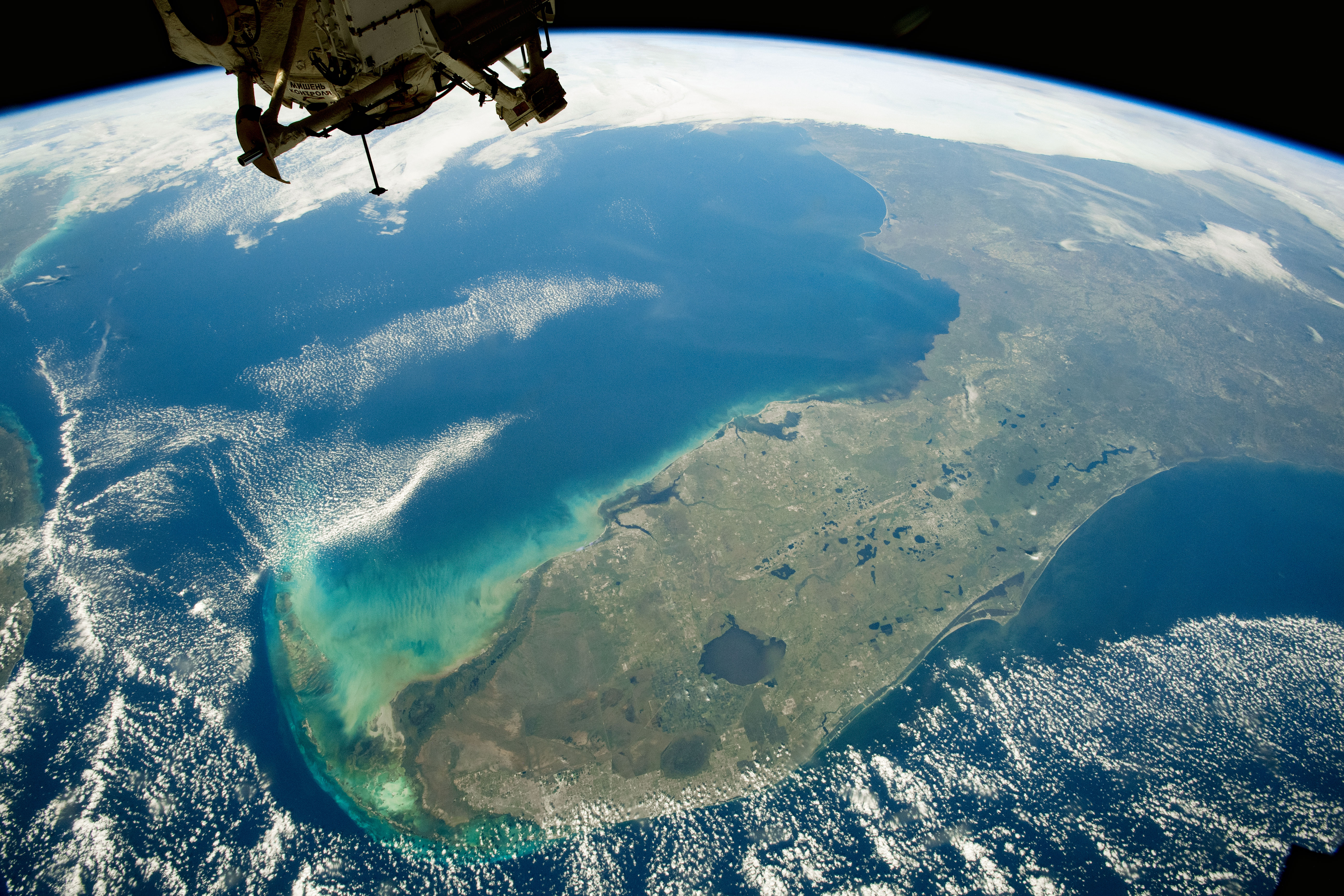 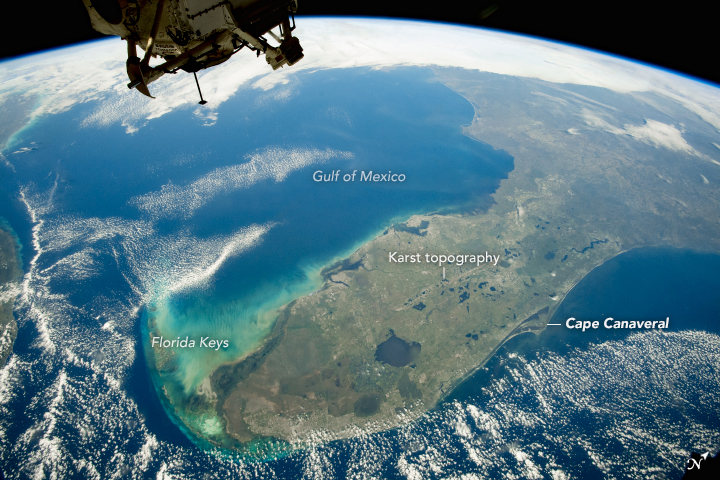 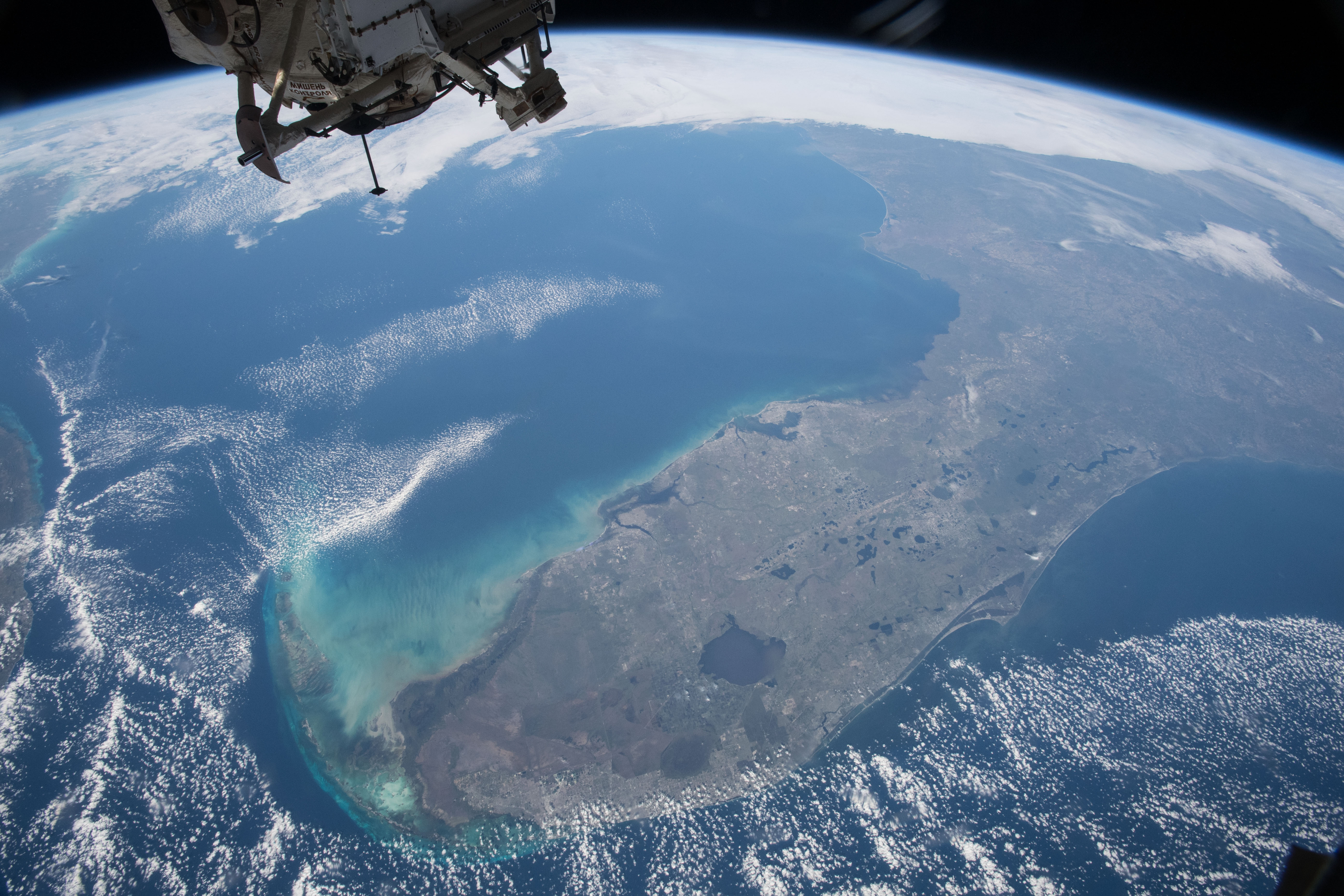 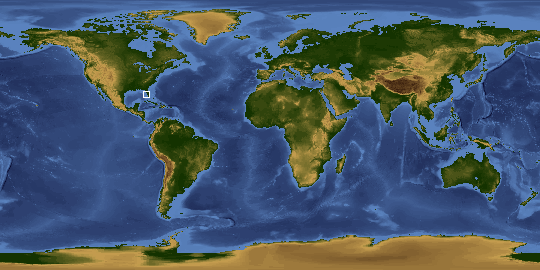 An astronaut onboard the International Space Station (ISS) captured this oblique photograph of Florida, on the southeastern coast of the United States. The image highlights the state's many lakes, as well as the shallow, light-toned waters of the Florida Keys.

Most of Florida's land surface overlies thick carbonate deposits (typically limestone) that have been shaped into the Floridan aquifer system. This aquifer developed over time through the dissolution of carbonate rocks by surface water or groundwater, creating a karst landscape. Most of the state today is capped with sand and clay deposits that prevent carbonates from being exposed at the surface. However, these deposits are thin to nonexistent in a few areas, allowing a higher rate of carbonate dissolution to take place. This process results in sinkholes that fill with ground water, creating a chain of lakes.

Just off the southern coast of the state, the Florida Keys extend southwest into the Gulf of Mexico. This chain of islands is composed of fossilized remnants of ancient coral reefs and sandbars. Before the 19th century, most people avoided the Keys because of the dangers from reefs and pirates. In the 1800s, the islands became major trading centers between the Gulf and Atlantic coasts. This positive attention and new commerce helped develop the area into one of FloridaA's most popular tourist destinations.

Along Florida's Atlantic coast, Cape Canaveral Air Force Station and NASA's Kennedy Space Center have been the sites for all American-launched manned spaceflights, including the launch of Apollo 11 on July 16, 1969. Much of the ISS was also carried into space on space shuttle flights from Cape Canaveral.