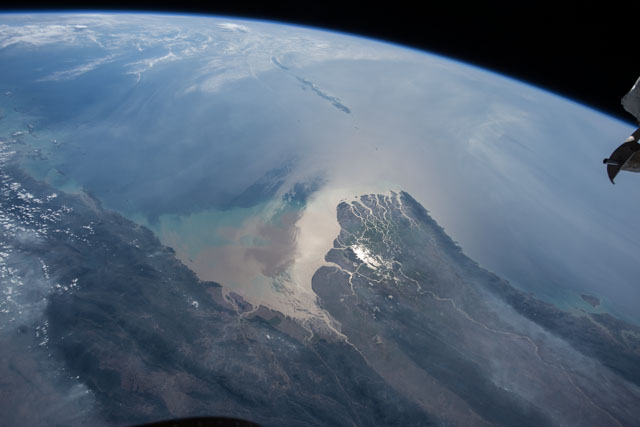 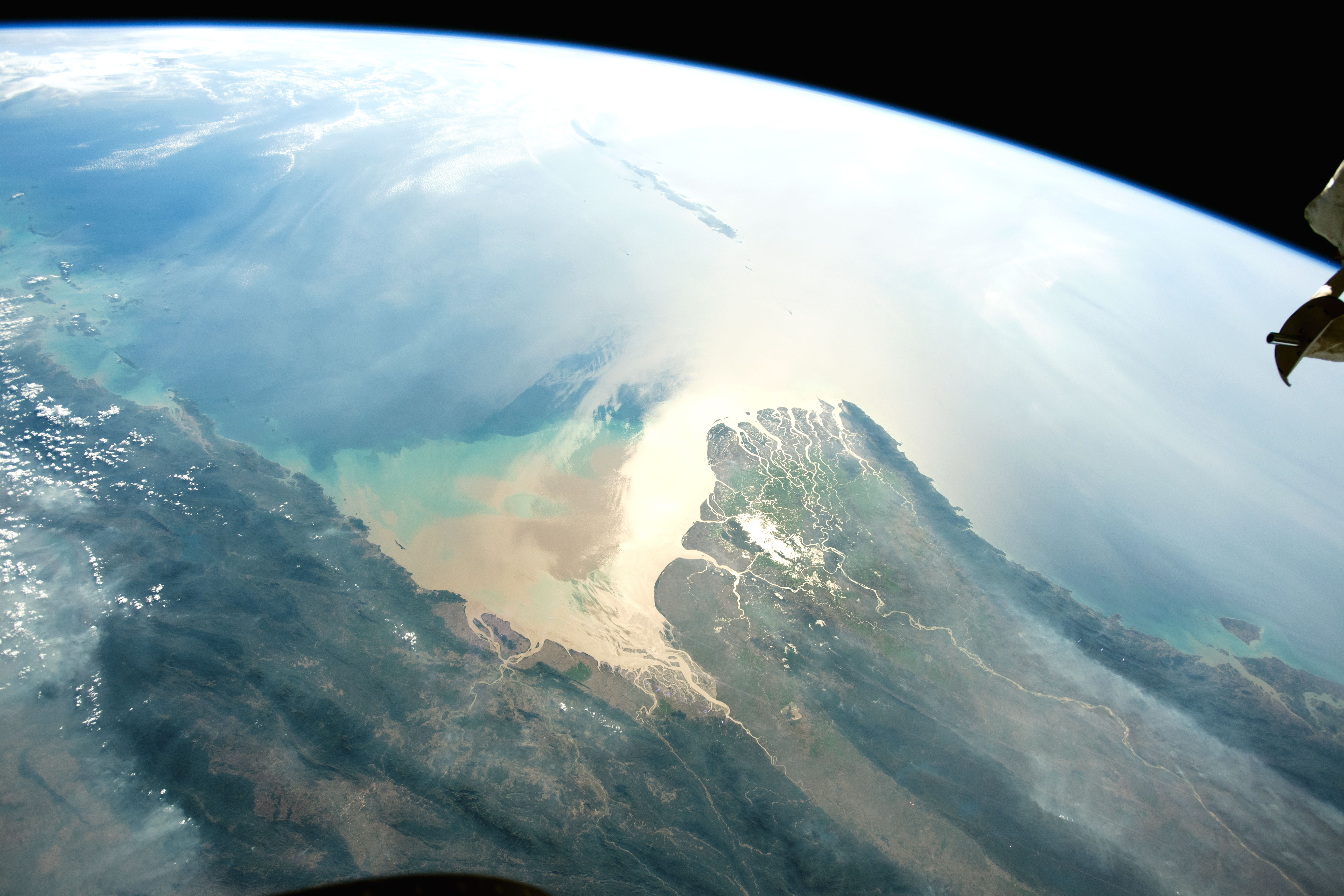 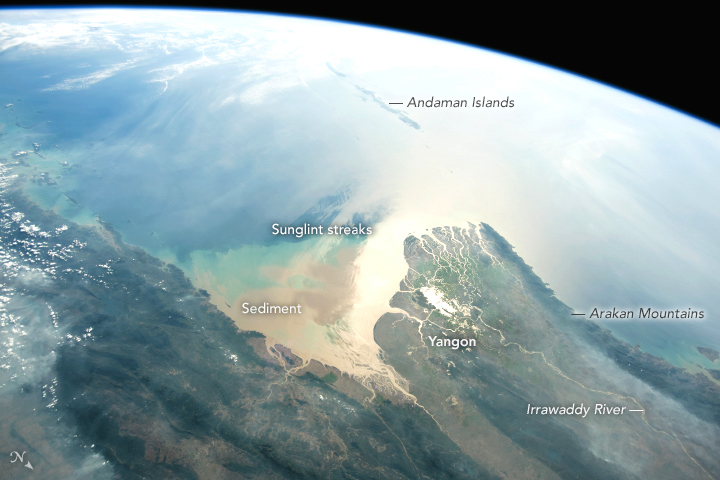 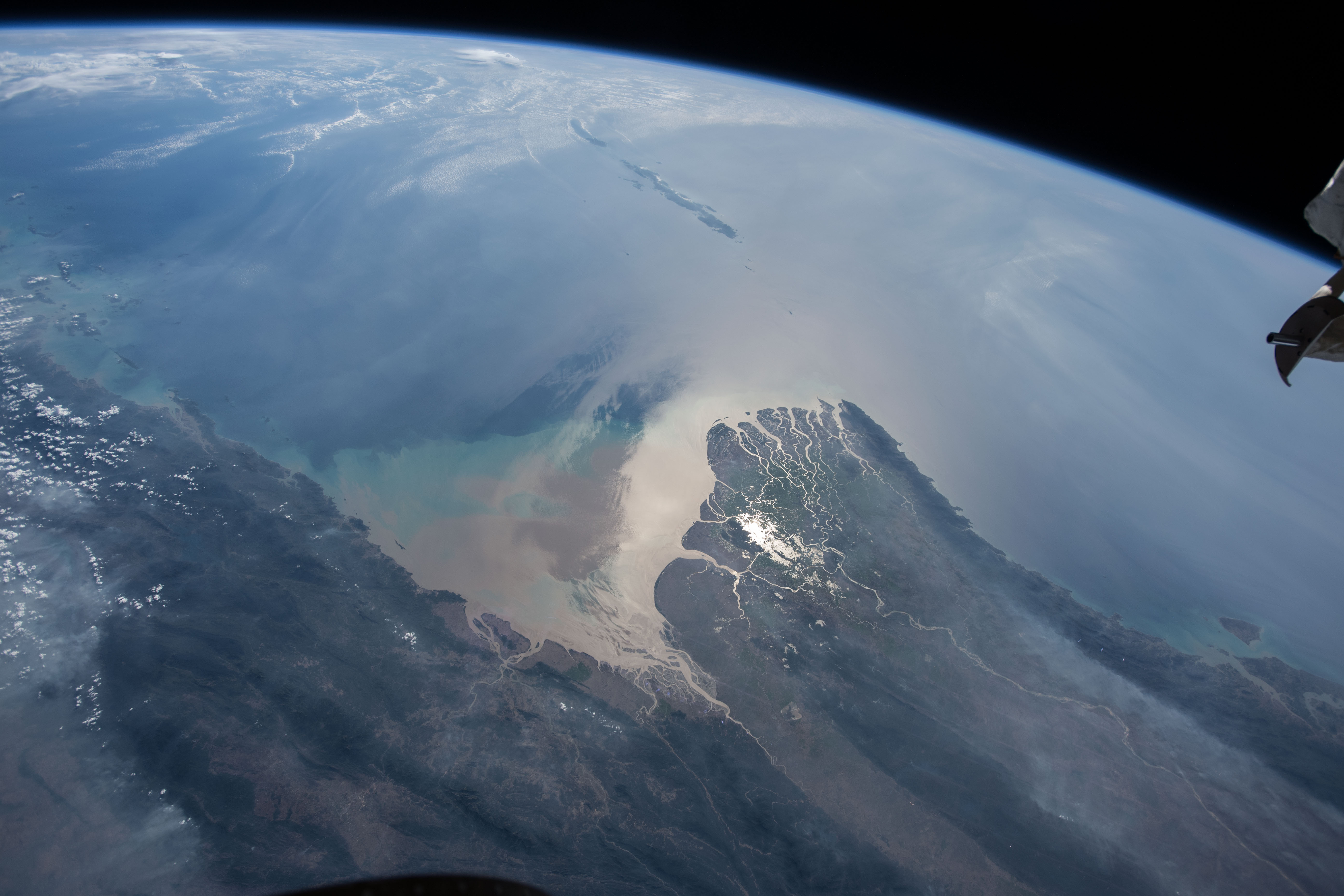 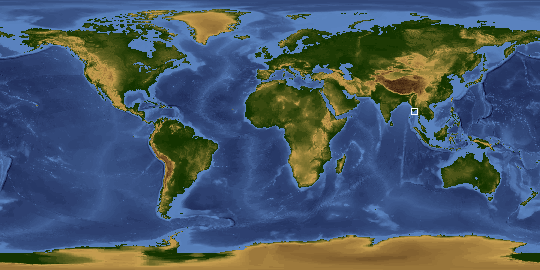 Using a short lens to give a wide view, an astronaut aboard the International Space Station (ISS) focused a camera on the 160 kilometer-wide (100 mile) Irrawaddy river delta. The Irrawaddy is the largest river in Burma (Myanmar) and the country's most important transportation artery. The capital city and port of Yangon is situated near the sea in a protected location on a major distributary.

The very bright zone near the coast is the sunglint point, where sunlight is reflected directly back at the camera. Astronauts frequently use a technique of following the glint point because it strongly emphasizes the details of shorelines.

The Irrawaddy River empties into the Andaman Sea, bringing vast quantities of silt and mud that alter the color of the water near the delta. In this photo, the sediment color pattern is complicated by bright and dark sunglint streaks caused by wind. On this day, westerly winds swept around the southern tip of the Arakan Mountains. (Note that north is to the bottom right of this photo.)

The chain of the Andaman Islands forms a line with the Nicobar Islands (under clouds, top left) along the tectonic margin between the Indian Plate and the Burma Plate. The Andaman Islands experienced a major earthquake of magnitude 9.0 in December 2004.