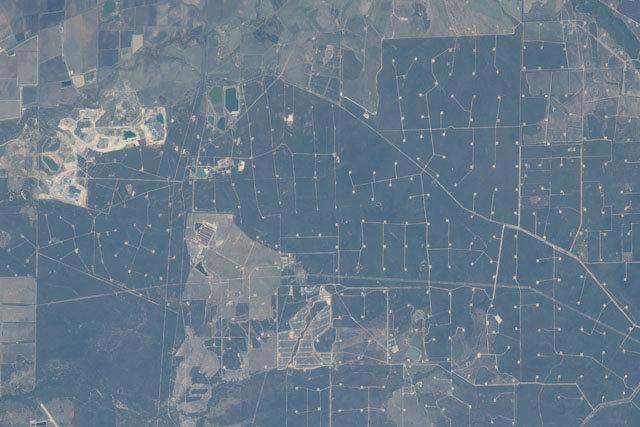 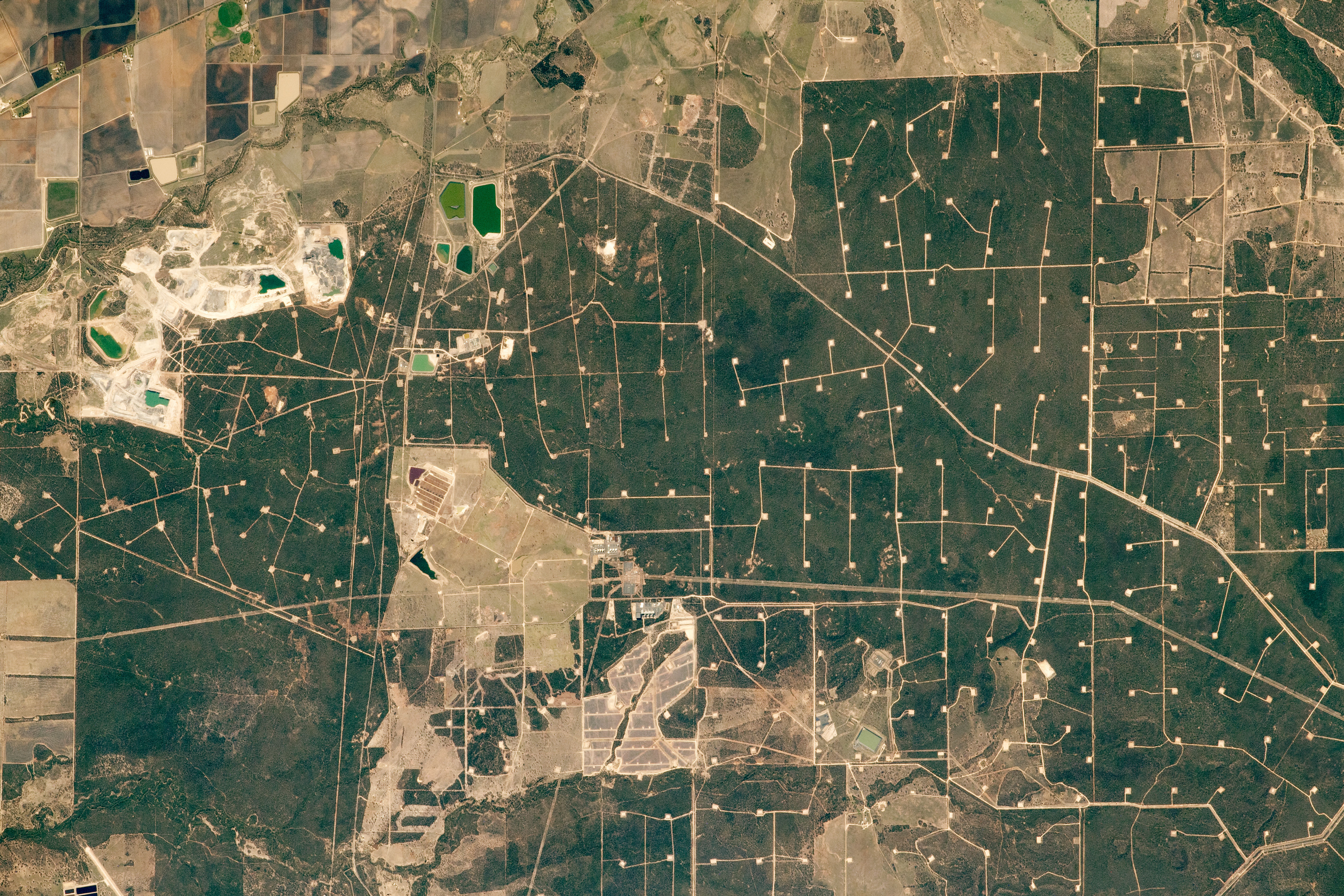 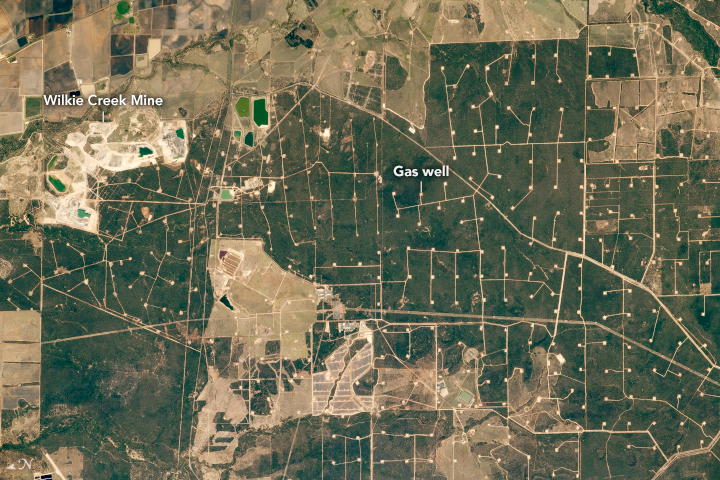 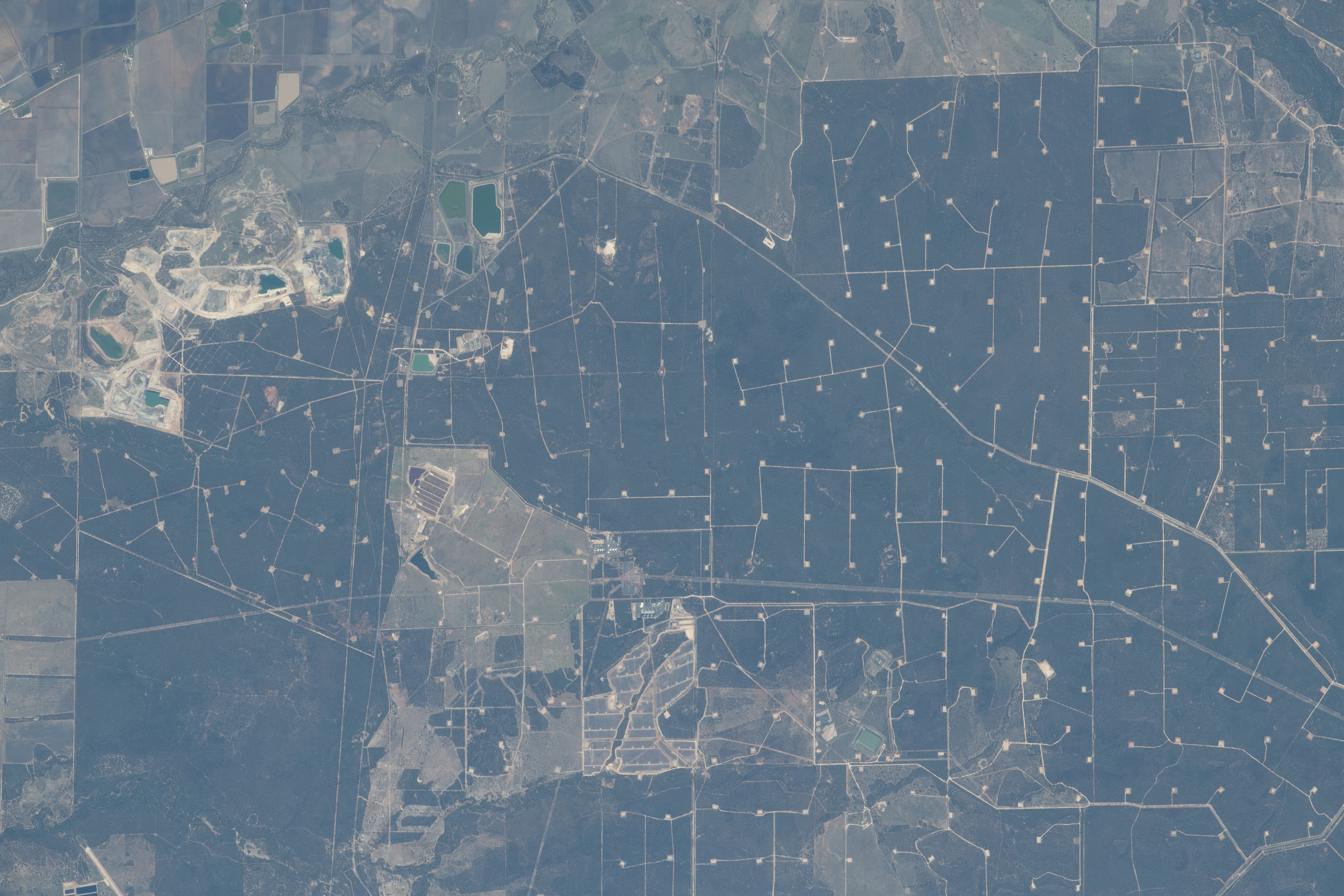 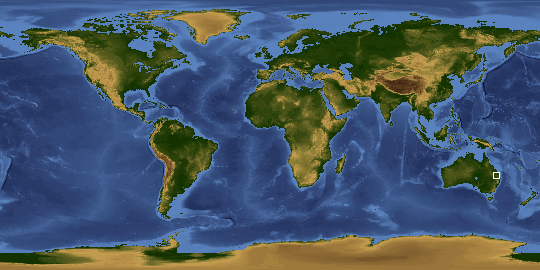 An astronaut on board the International Space Station (ISS) shot this photograph of a mining town in the Surat Basin of Queensland, Australia. The basin is made up of 150 million-year-old sediments and contains more than four billion tons of proven thermal coal resources.

The Wilkie Creek surface mine used to produce low-emission thermal coal. Thermal or "steam" coal is burned to create steam for electricity generation. The deposits in the region contain methane gas, which can present safety risks during mining operations. As a safety precaution, boreholes were drilled from the surface into the deposits to create gas wells, allowing the methane to vent before mining. These gas wells are sprinkled throughout the darker forested areas in the image, where bare squares of land are connected by a grid-like pattern of roads.

Due to the decreased demand for coal, mining operations at Wilkie Creek Mine were suspended starting in 2013 after 18 years of coal production. While the man-made surface changes are still visible from space, land rehabilitation efforts are now underway. According to information from Peabody Energy, the project site is being transformed into grazing land for cattle.