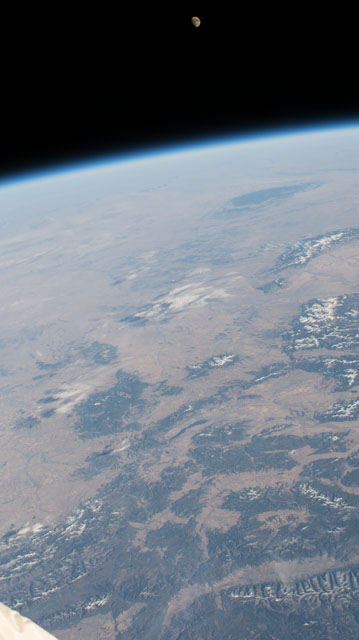 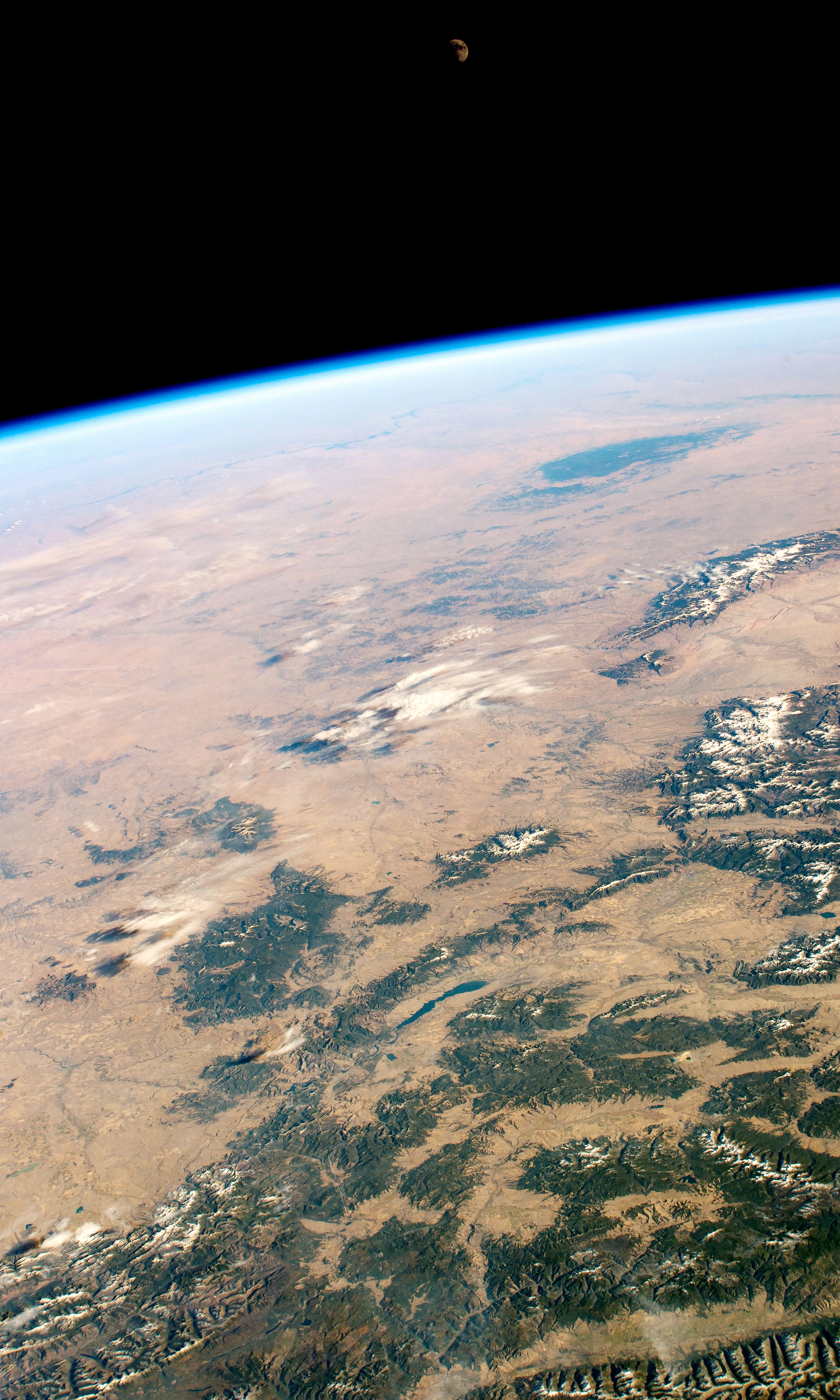 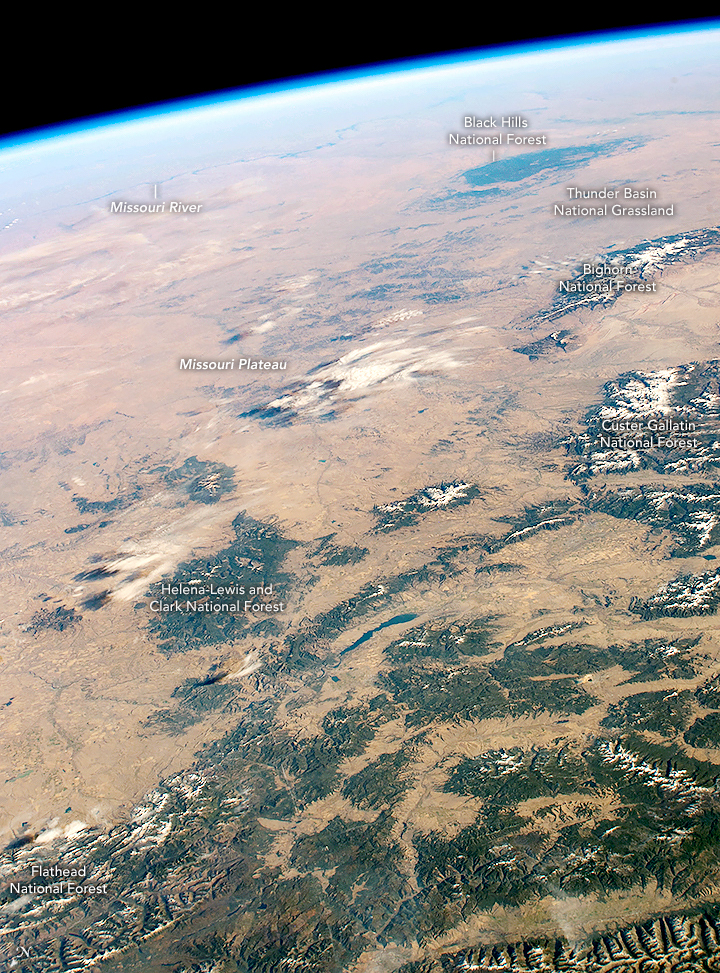 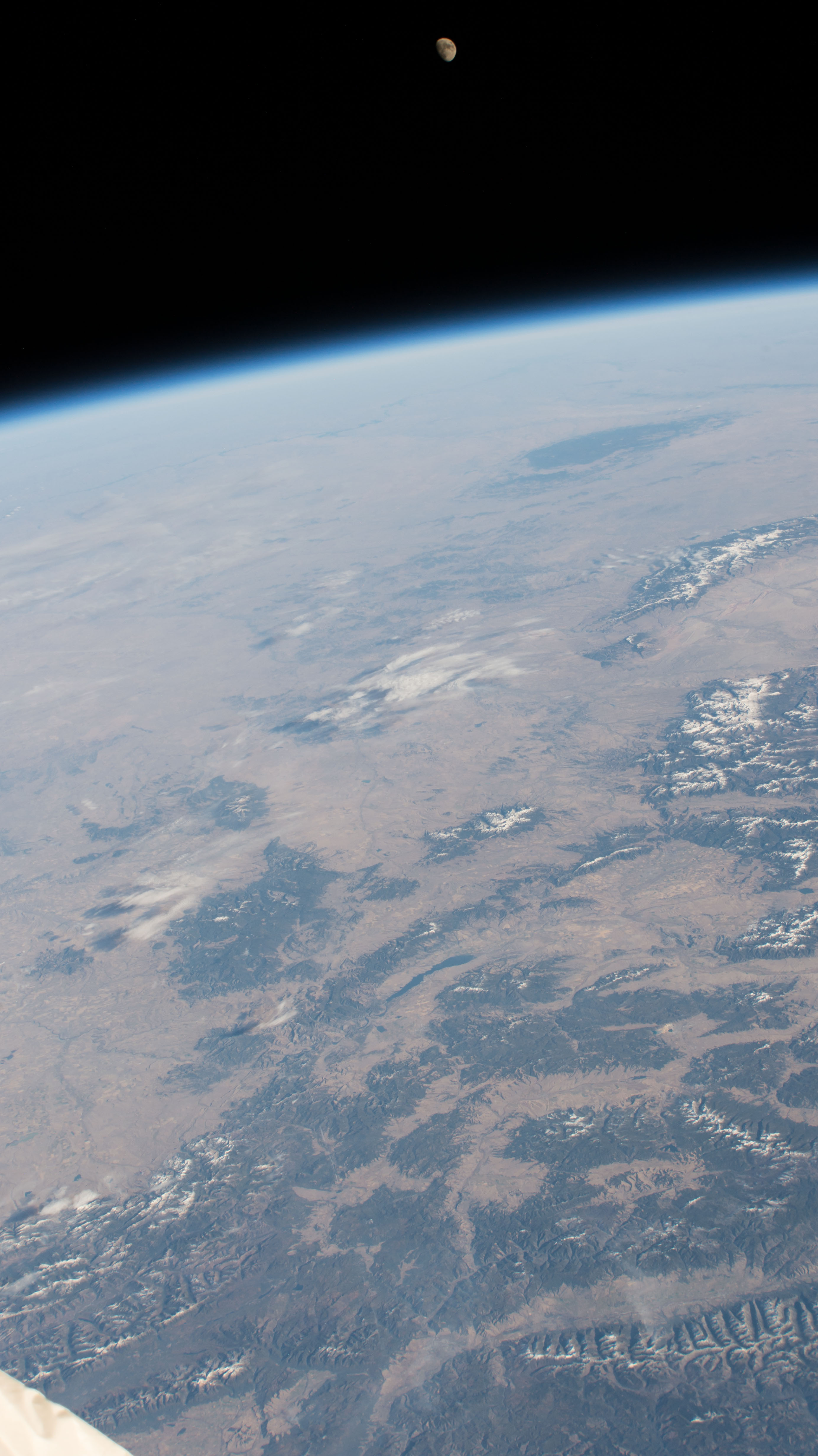 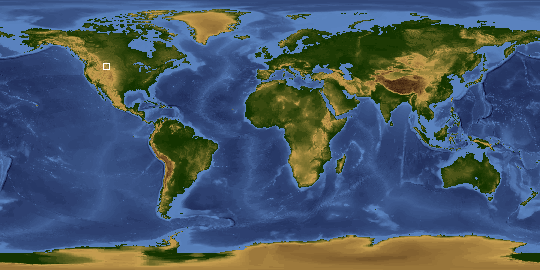 An astronaut shot this oblique photograph of the Missouri Plateau, where the Rocky Mountains meet the Great Plains of central-northwest United States. Across the scene, six national forests and grasslands stand at higher elevations in Montana, Wyoming, and South Dakota. Toward the horizon, the Missouri River is faintly visible snaking across North Dakota.

The Missouri Plateau is a gently sloping region that rises above the flatter plains. The lighter brown areas of land in the photo are deeply cut by braided rivers, and the land is often utilized for livestock pastures and farming.

The western part of the plateau avoided glacial erosion during the most recent ice age. This prevented the Missouri Plateau from being flattened like the North Dakota plains beyond the Missouri River.

The Black Hills of South Dakota stand out in stark contrast to the surrounding plains. Some of the rocks in those hills are 2.5 billion years old. A combination of Laramide tectonics (65 million years ago) and the erosion of younger sedimentary rock layers created and exposed the Black Hills.