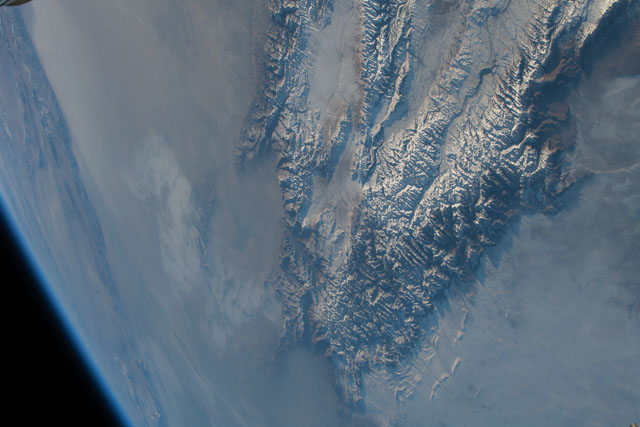 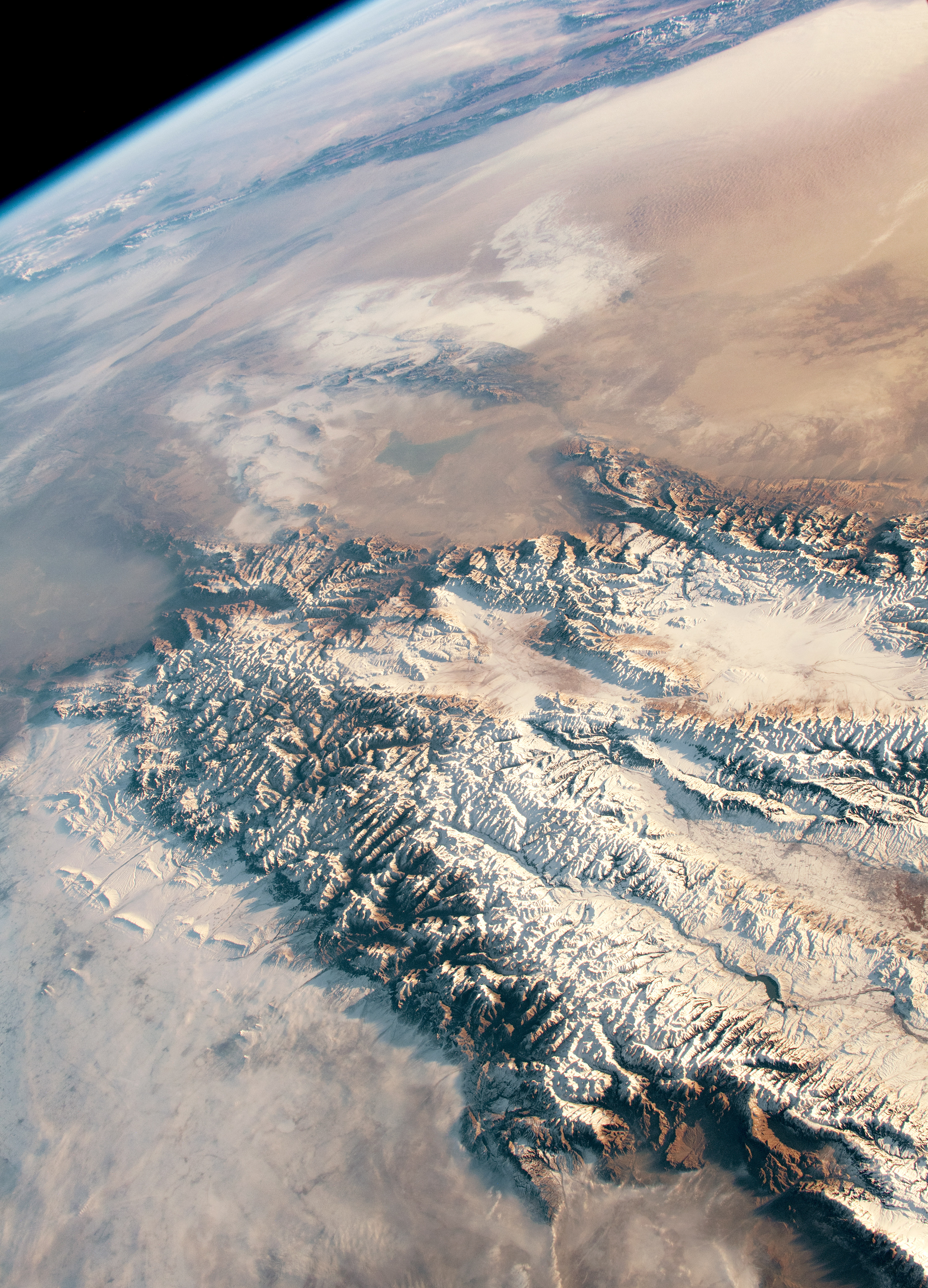 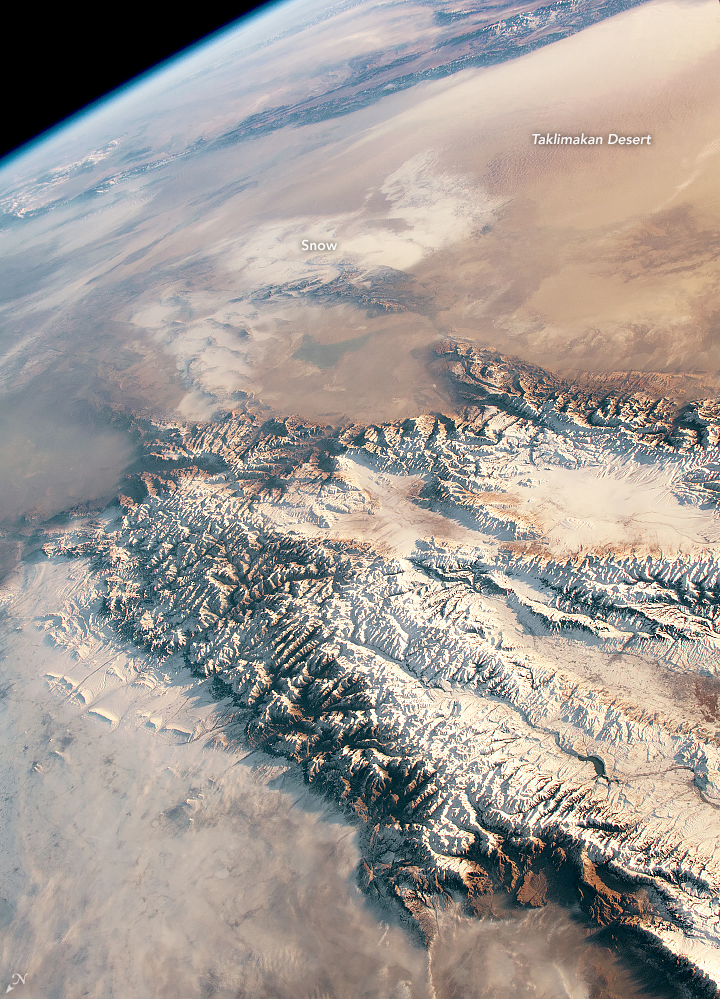 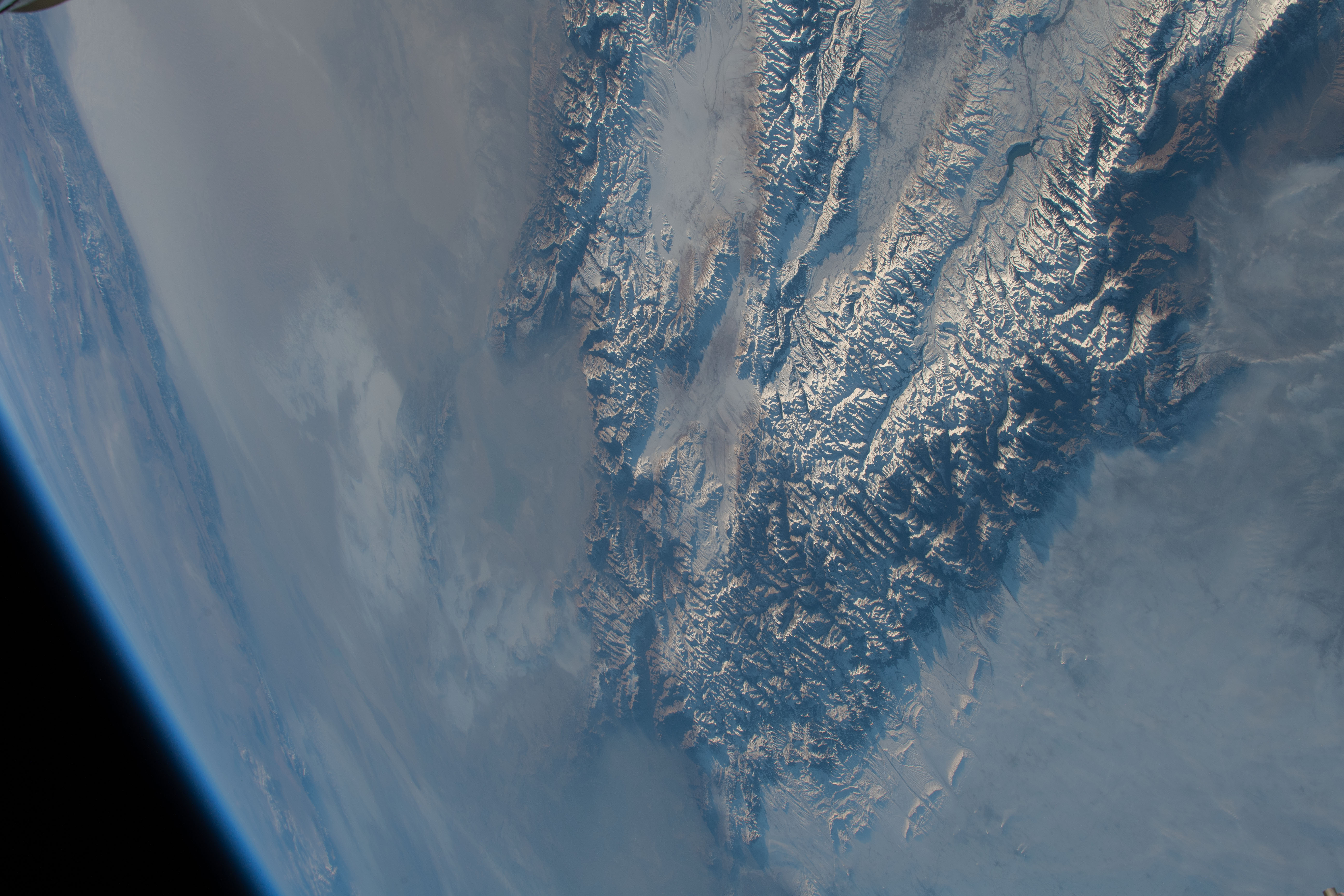 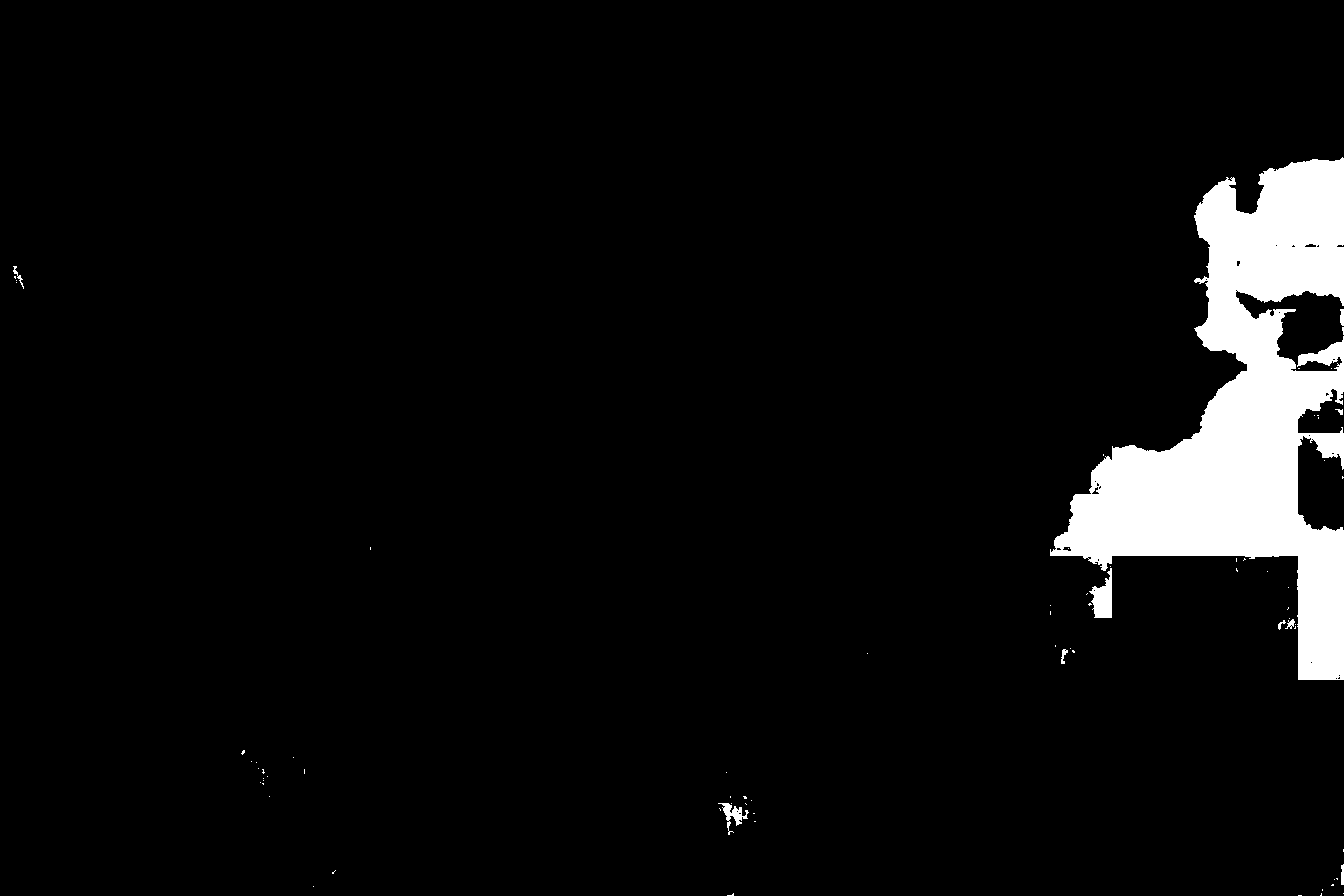 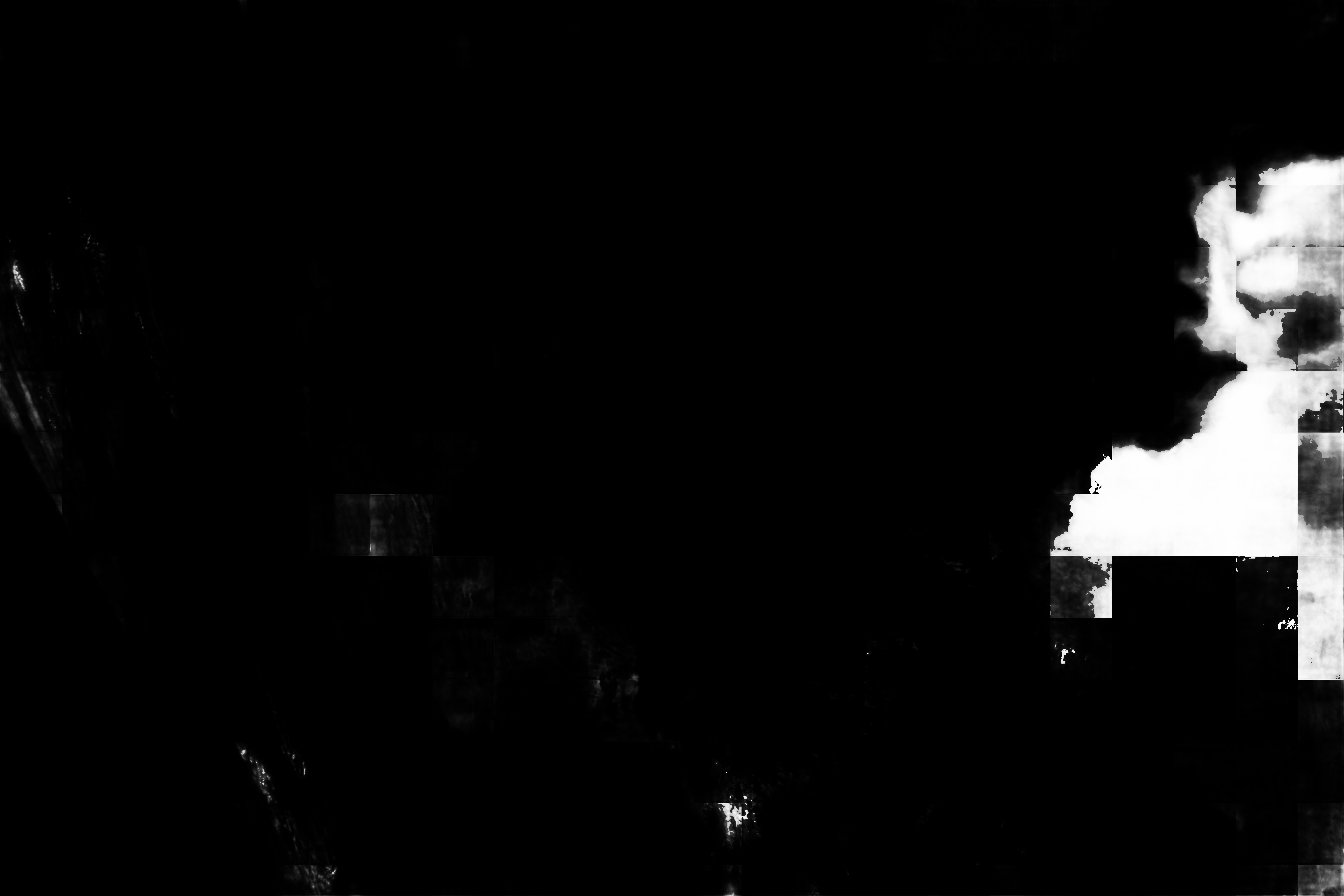 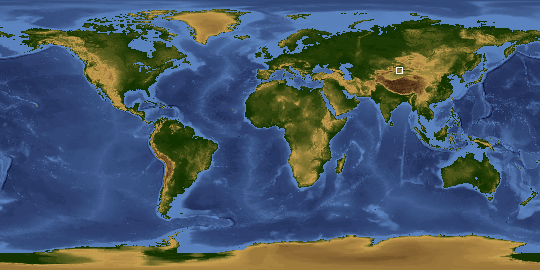 In December 2018, an astronaut on the International Space Station (ISS) took this highly oblique photograph of snow on the eastern Tien Shan and Taklimakan Desert in Central Asia. The Tien Shan (or Tian Shan) is one of the longest continuous mountain ranges in the world, stretching across 1,500 miles (2,500 kilometers) in northwest China, Kazakhstan, and Kyrgyzstan.

The Tien Shan Mountains, sometimes called Central Asia's Water Tower, provide essential fresh water to the area. Since the Taklimakan Desert is a low-lying basin enclosed by mountain ranges on three sides, a rain shadow keeps the region extremely dry for most of the year.

The Tien Shan hold many of Asia's major glaciers. In the spring and summer, the melting of ice and snow replenishes local rivers and transports eroded sediment to valleys. Alluvial fans deposit sediment perpendicular to the surrounding mountain ranges that get reworked, eroded, and transported farther by wind.

The Taklimakan is dominated by sand dunes with easily mobilized sediments. Winds in this region are capable of producing large dust storms. In this image, snow extends from peaks and valleys of the Tien Shan to the lower desert floor of the Taklimakan Desert. The Moderate Resolution Imaging Spectroradiometer (MODIS)instruments on NASA's Terra and Aqua satellites also offer a more quantitative view of snow cover in the region on the same day. Blankets of snow are visible on the desert through dusty haze, which obscures Bosten Lake.