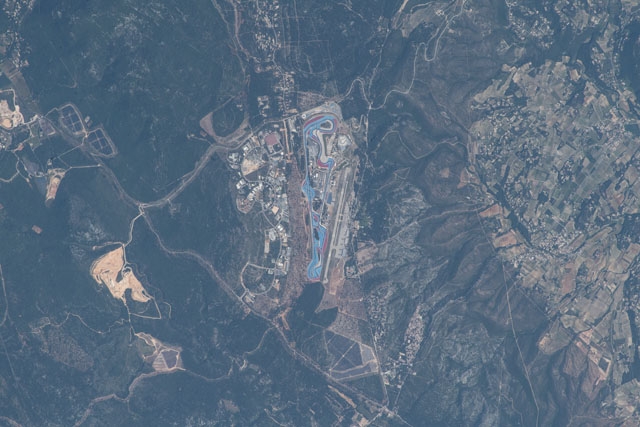 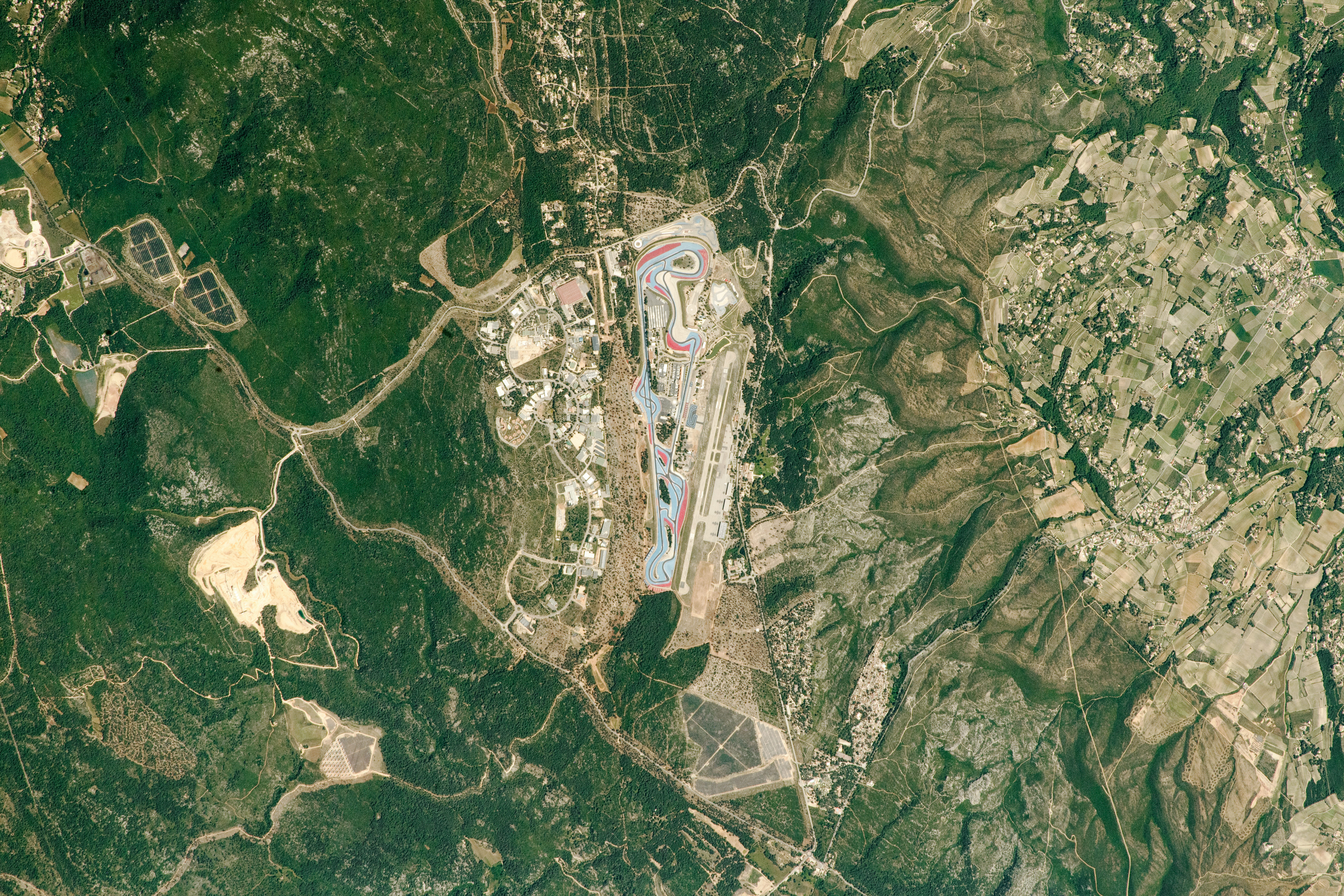 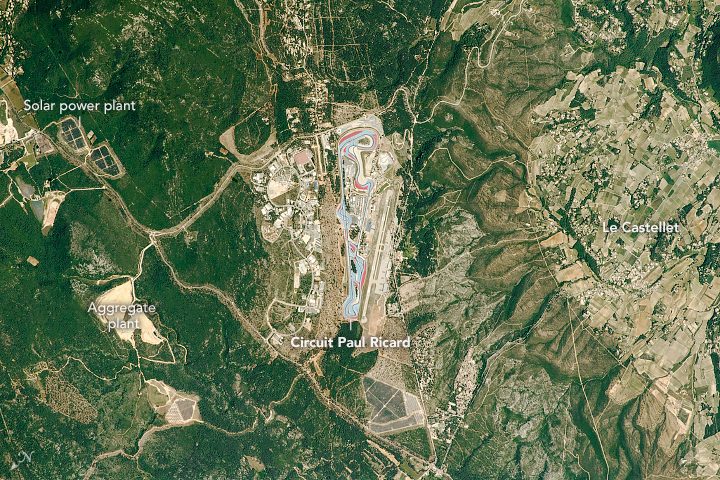 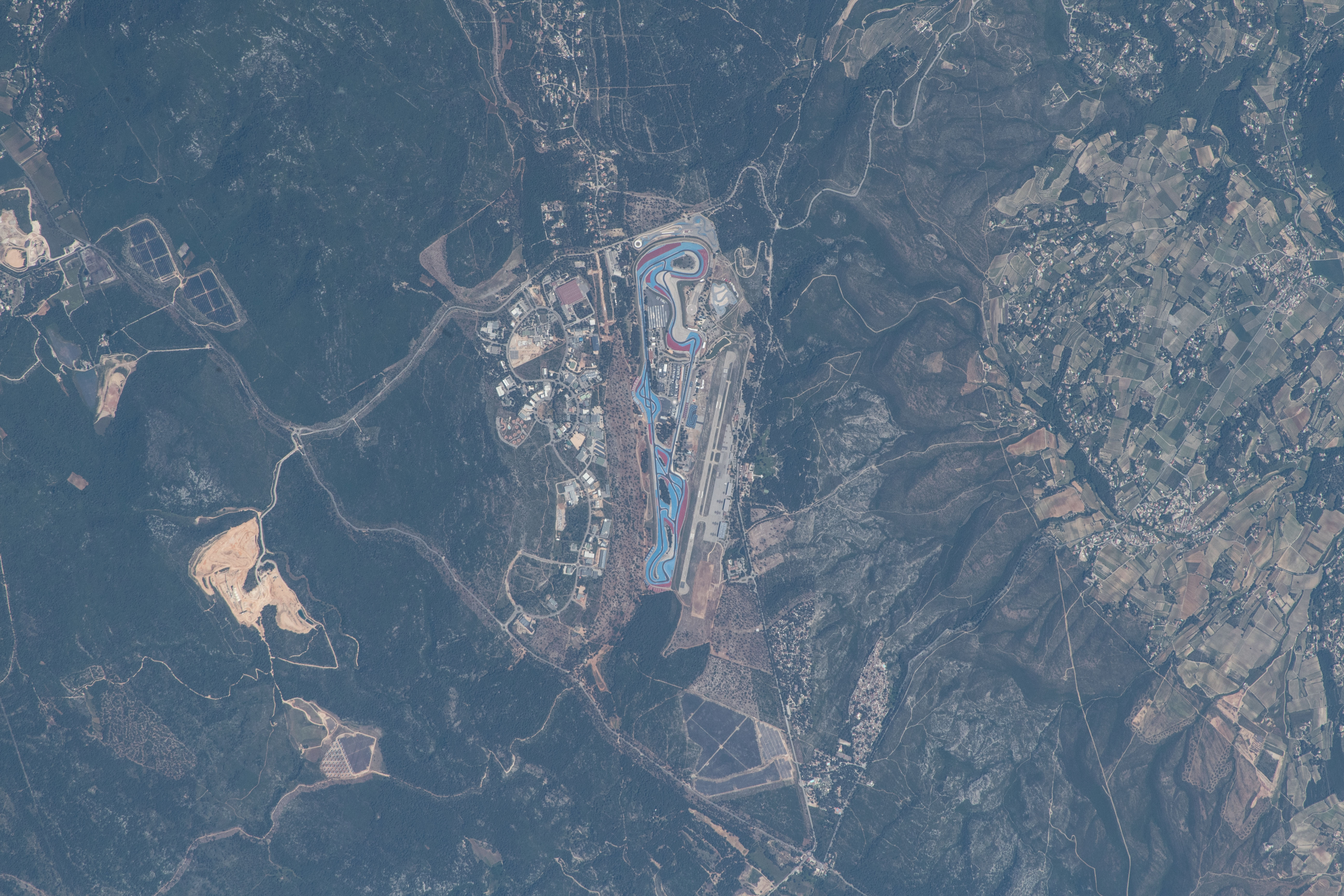 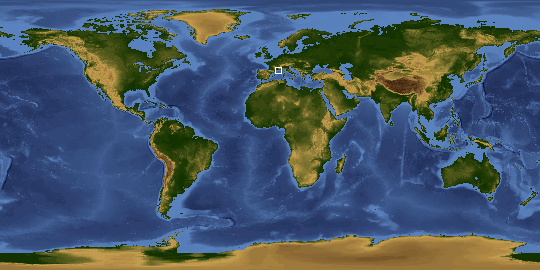 Drew Feustel, commander of International Space Station (ISS) Expedition 56, counts automotive racing among his many interests. That led him to shoot this high-resolution photograph of Circuit Paul Ricard, a distinctive racetrack in Le Castellet, Var, in southeastern France.

Built on a plateau at approximately 400 meters (1,400 feet) above sea level, the track is extremely flat and sits within a warm, temperate climate. The conditions are ideal for vehicle testing by racing teams throughout the year, though the track's watering system also can simulate rainy driving conditions, if desired. The unique blue and red appearance of the track is due to vehicle run-off areas: the "red zone" is a deeper runoff with a more abrasive surface to maximize braking effectiveness compared to the "blue zone."

The 5.84 kilometers (3.63 miles) of track allows for 167 possible configurations. Circuit Paul Ricard has been the course for the famous Formula One French Grand Prix at least 15 times. However, 2018 marked the return of the French Grand Prix after a decade away.

The namesake of the track, Paul Ricard, was a French industrialist who gained his fortune by marketing an anise-based liquor, pastis, in the 1930s. As a forward thinker in advertising, he paved the way for commercial sponsorship for the Tour de France. The Circuit Paul Ricard was another sport sponsorship to support his pastis brand, only this time he wanted to own the venue.

Le Castellet International Airport runs parallel to the race track. North (left in this photo) of Circuit Paul Ricard are several solar power plants that reflect a recent shift to renewable energy in France. This region has the highest degree of insolation in the country, making it an ideal location for solar power generation.