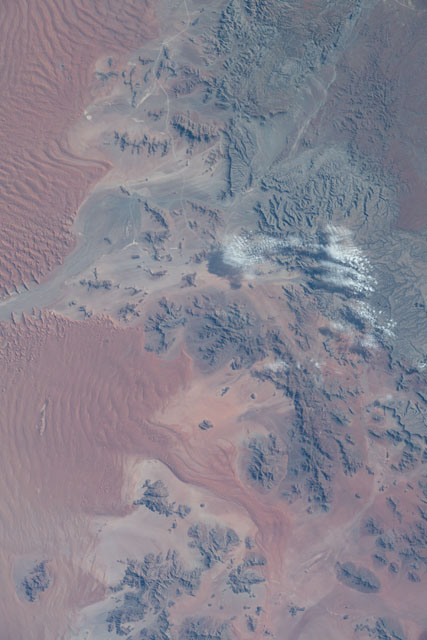 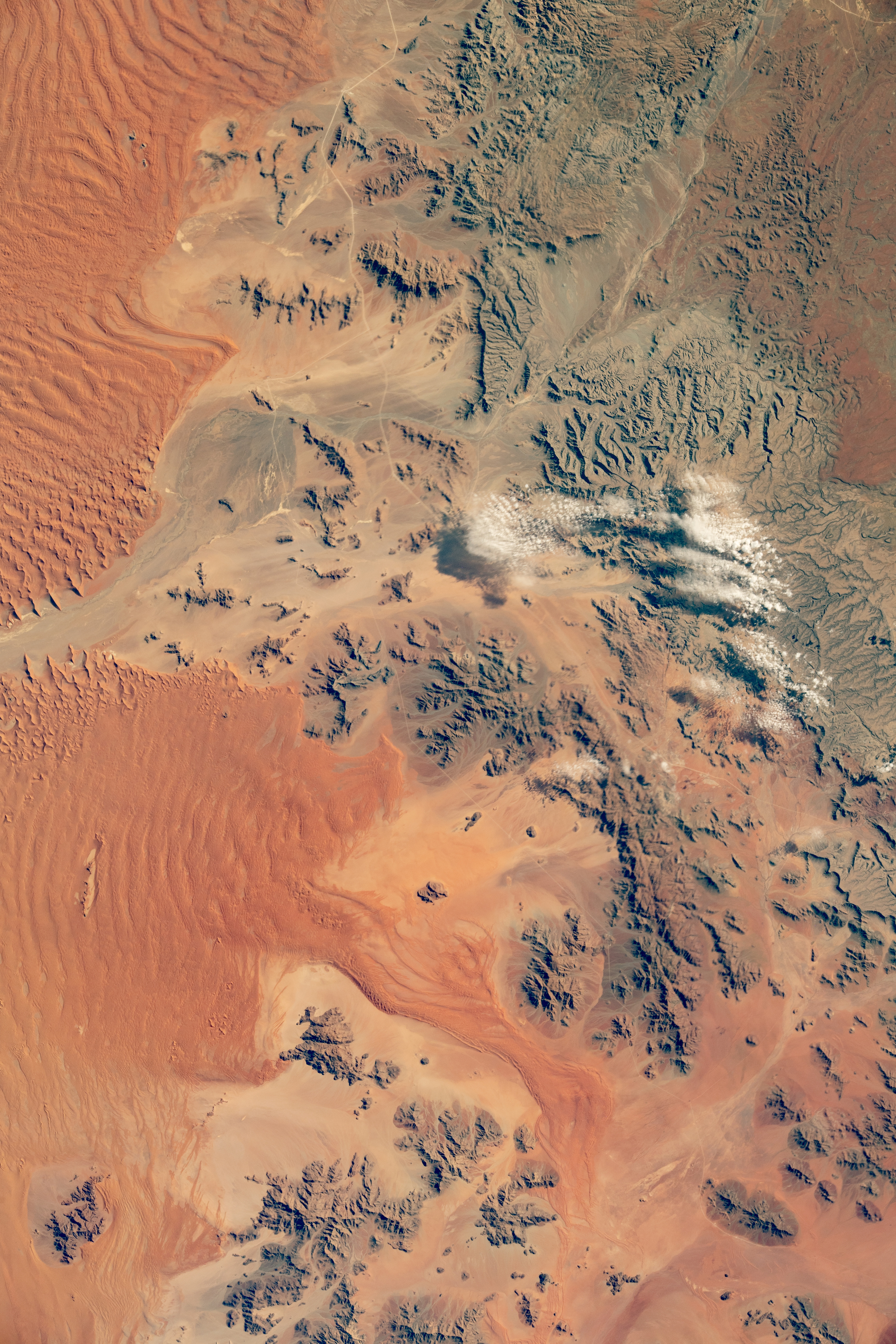 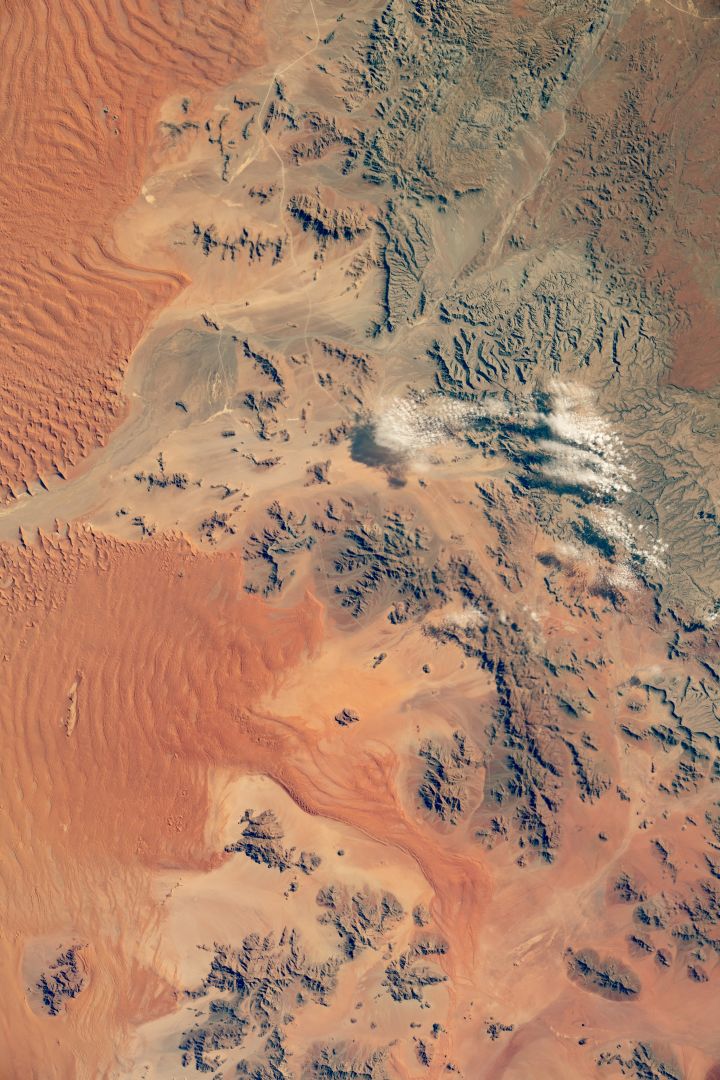 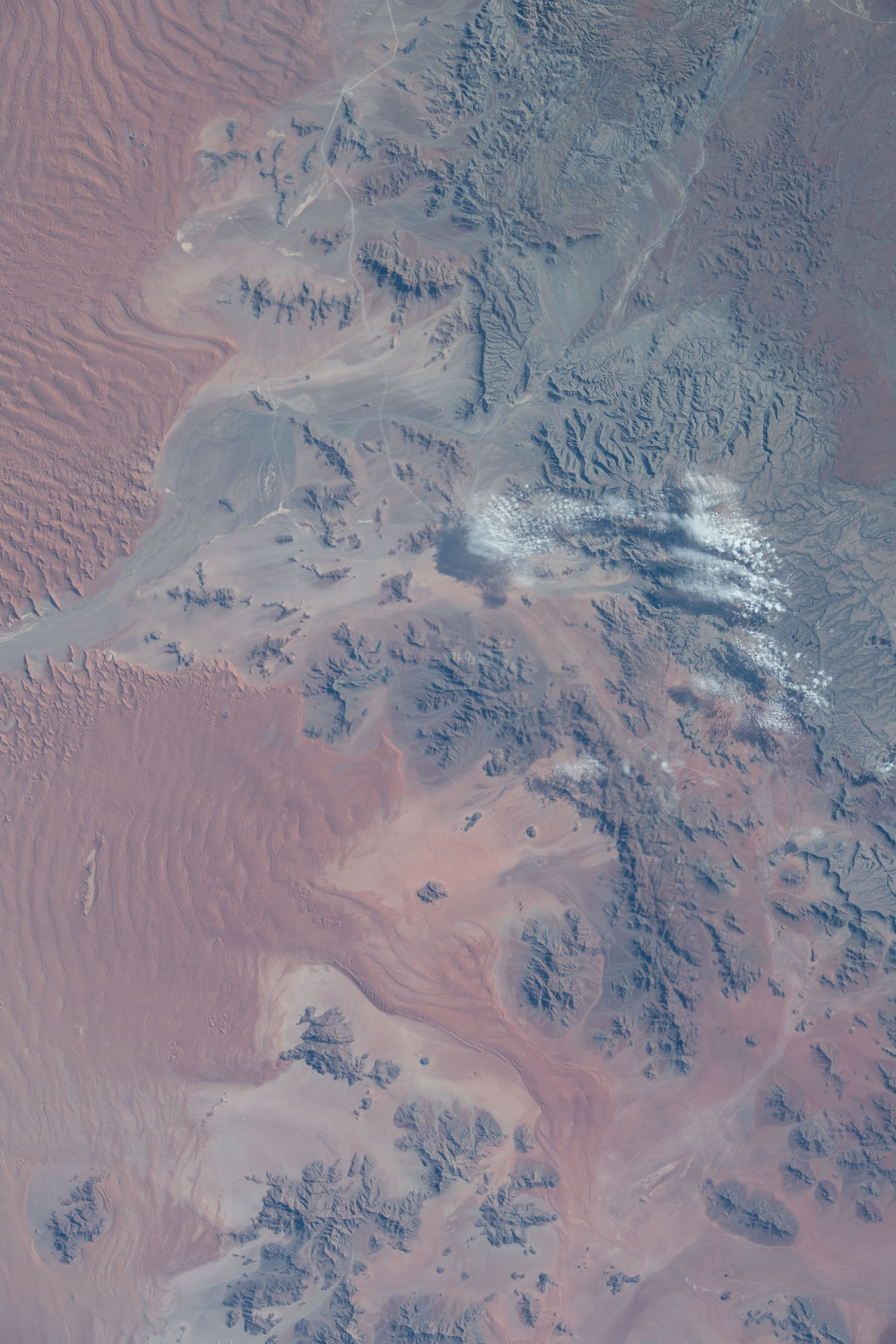 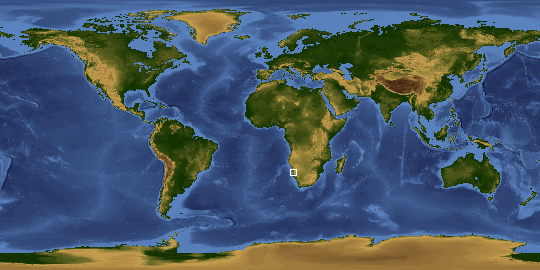 An astronaut aboard the International Space Station focused a lens on the margin of a sand sea in the Namib Desert of southwestern Africa. The pristine desert near the Atlantic coast of Namibia is home to several game parks and is a prime region for star-gazing because of its clear and light-free night skies. One of the few access roads to this remote area angles its way through the small mountain ranges.

Rainfall is negligible over the sand dunes here. This allows strong southerly winds to build up the north-south linear dunes. Easterly katabatic winds in winter (similar to California's Santa Anas) complicate the pattern by intertwining networks of linear dunes with complex star dunes along the Tsauchab River Valley.

Rainfall is significantly higher and more regular (though still pretty scarce by global averages) over the Naukluft Mountains. This rain (100-250 millimeters per year, or 4-9 inches) removes any accumulated sand from the mountains, resulting in a sand-free "halo" around many of the small ranges.

The mountainous landscapes are scuplted by small and large rivers that occasionally flow with water. They appear as numerous finger-like river channels that flow down to the sand sea and evaporate. En route, the rivers erode dune sand and carve the contorted margin of the sand sea. The largest indentation visible in the image is made by the Tsauchab River.