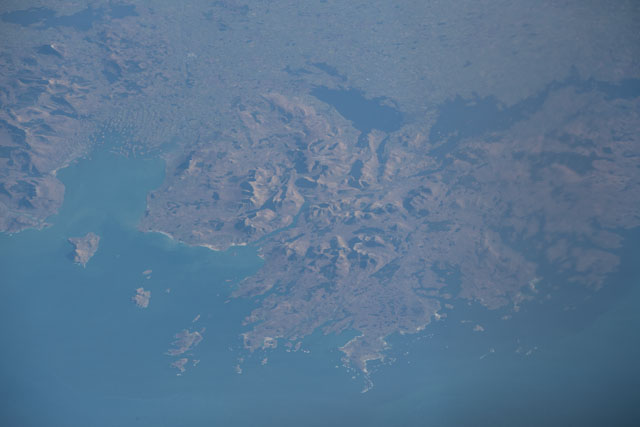 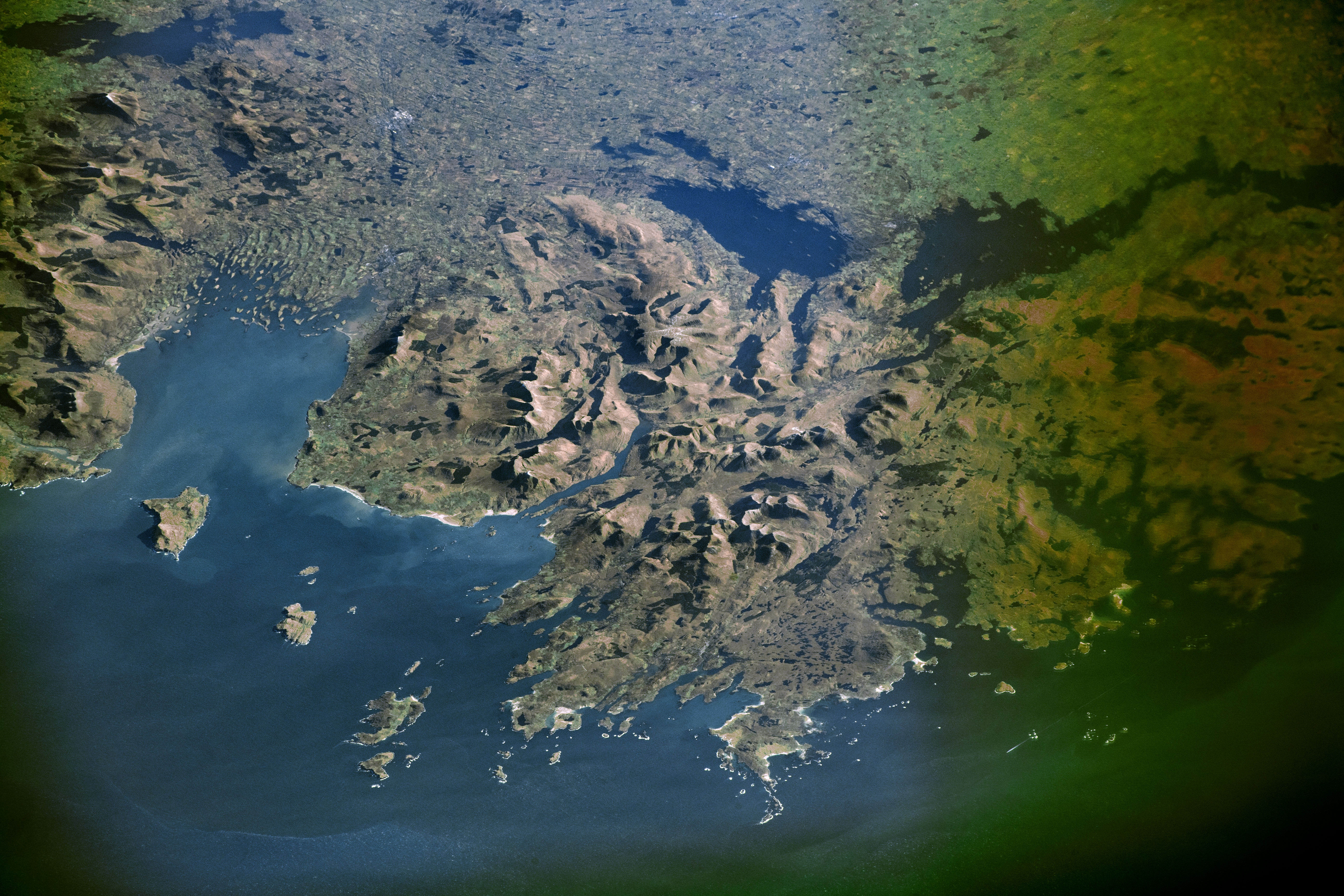 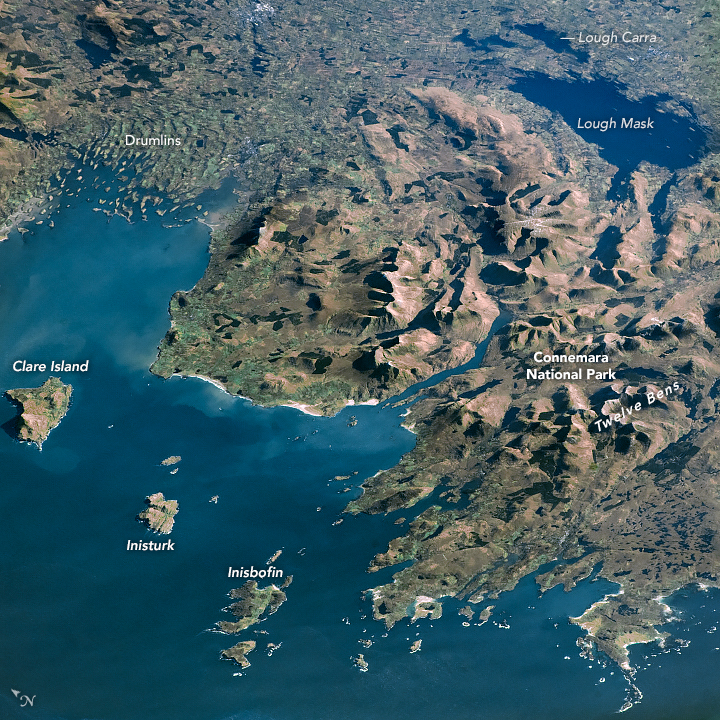 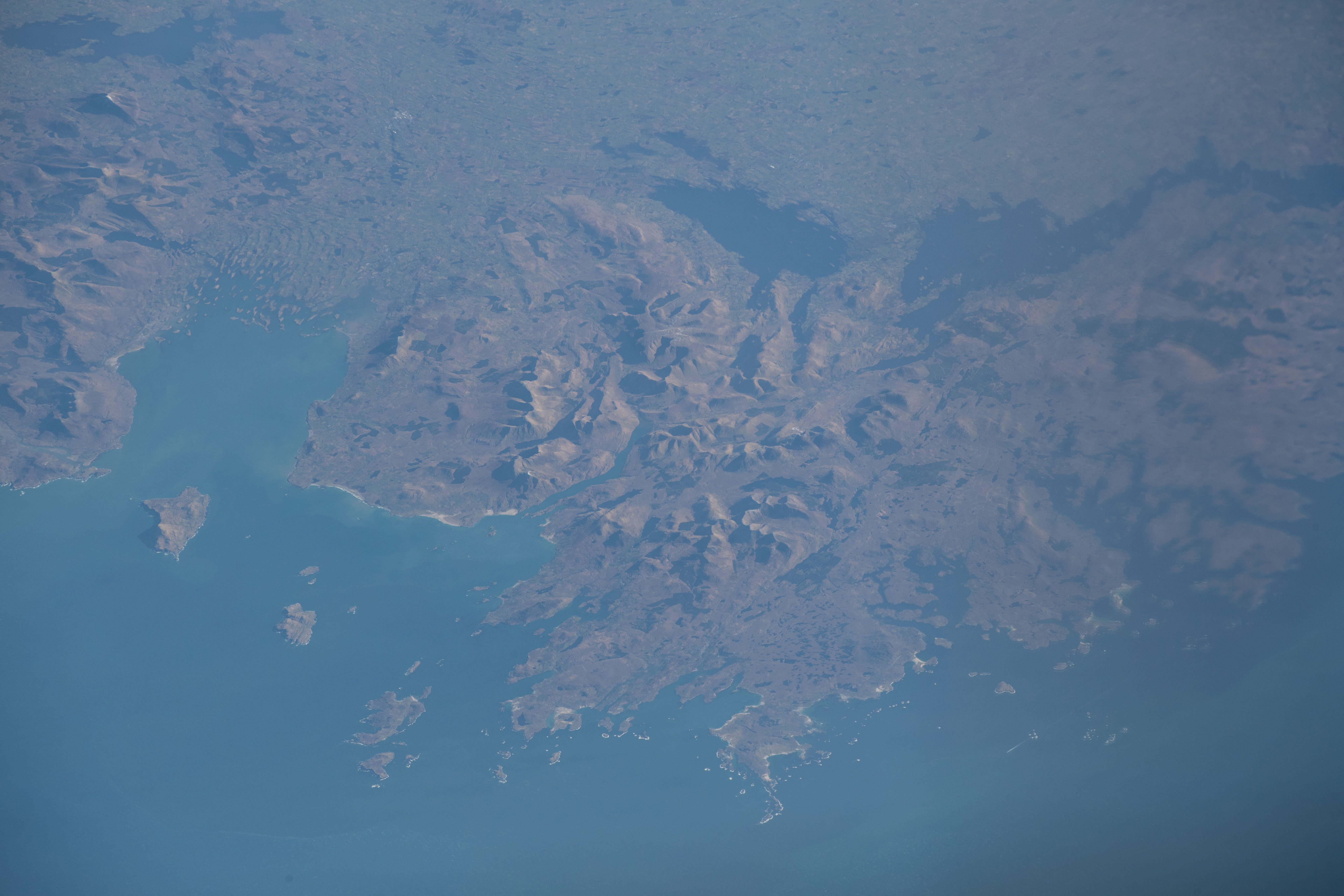 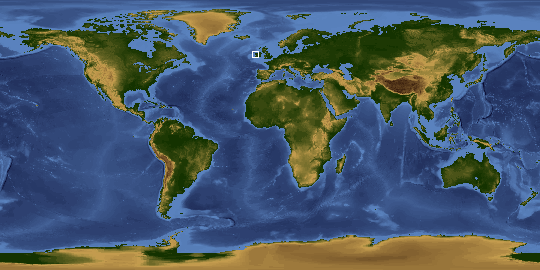 An astronaut aboard the International Space Station shot this photograph of the West Region of Ireland, along the Atlantic Ocean. It can be rare to see any part of the British Isles without clouds from orbit.

At the center of the image lies Connemara National Park, one of six managed by Ireland's National Parks and Wildlife Service. Shadows on the western faces of the mountains indicate that the photo was taken before local noon. Twelve Bens, a famous mountain range in the Connemara region, is a dominant feature of the countryside, with peaks rising to 729 meters (2,392 feet). Avid climbers attempt to hike all twelve of the peaks in one day.

The park's valleys were once used for agriculture, while the bogs were mined for peat fuel. Peat is decayed organic matter, rich in natural heaps of carbon that can be burned for energy. With increased heat and pressure, peat becomes low-grade coal known as lignite.

The photo also shows several lakes, with Lough Corrib standing out as the largest lake in the Republic of Ireland. Lough Carra, Lough Mask, and Lough Corrib are limestone lakes connected not only by surface streams, but also by at least one underground waterway - a typical feature of limestone terrains. All three lakes drain to the Atlantic Ocean.

Over the past 1.7 million years, the island of Ireland has experienced several intermittent ice ages, followed by warmer interglacial periods where ice sheets melted and scoured the landscape. The landforms left over from this ice movement include steep, eroded mountainsides, U-shaped valleys, and drumlins - whale-back shaped mounds of rock fragments formed under the ice sheets as they flowed slowly towards the coast.