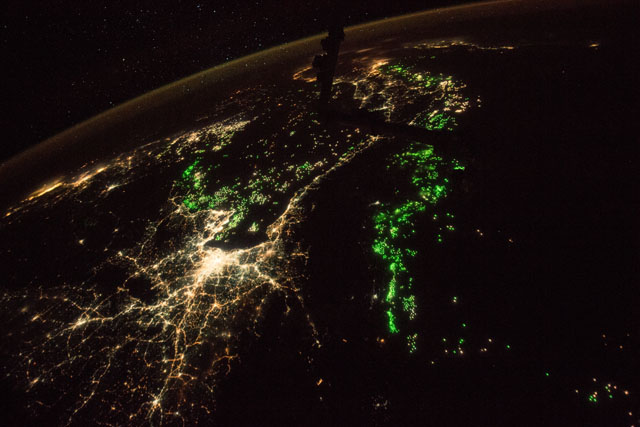 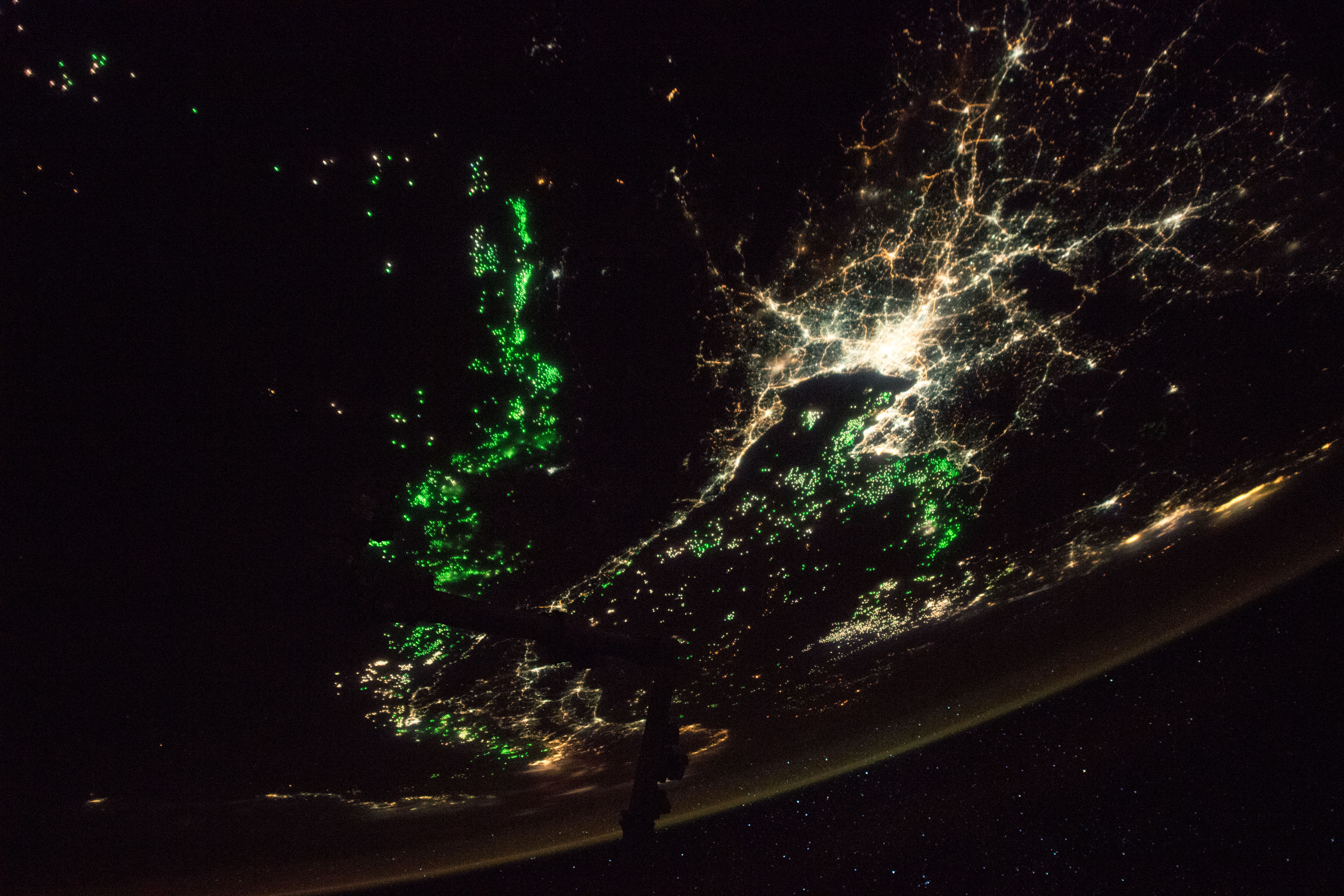 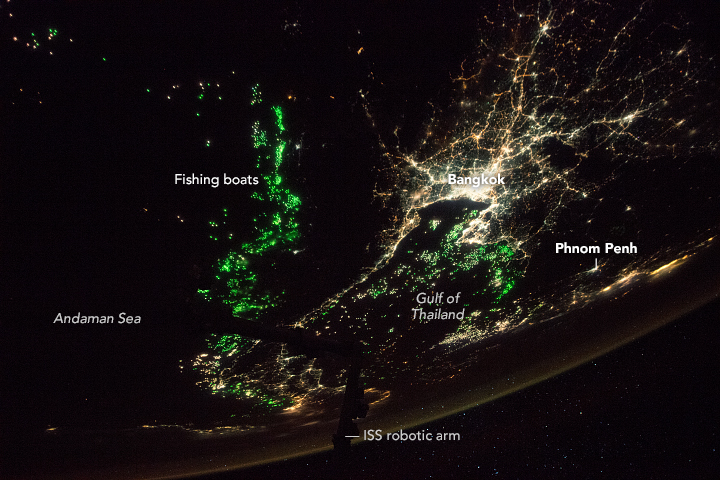 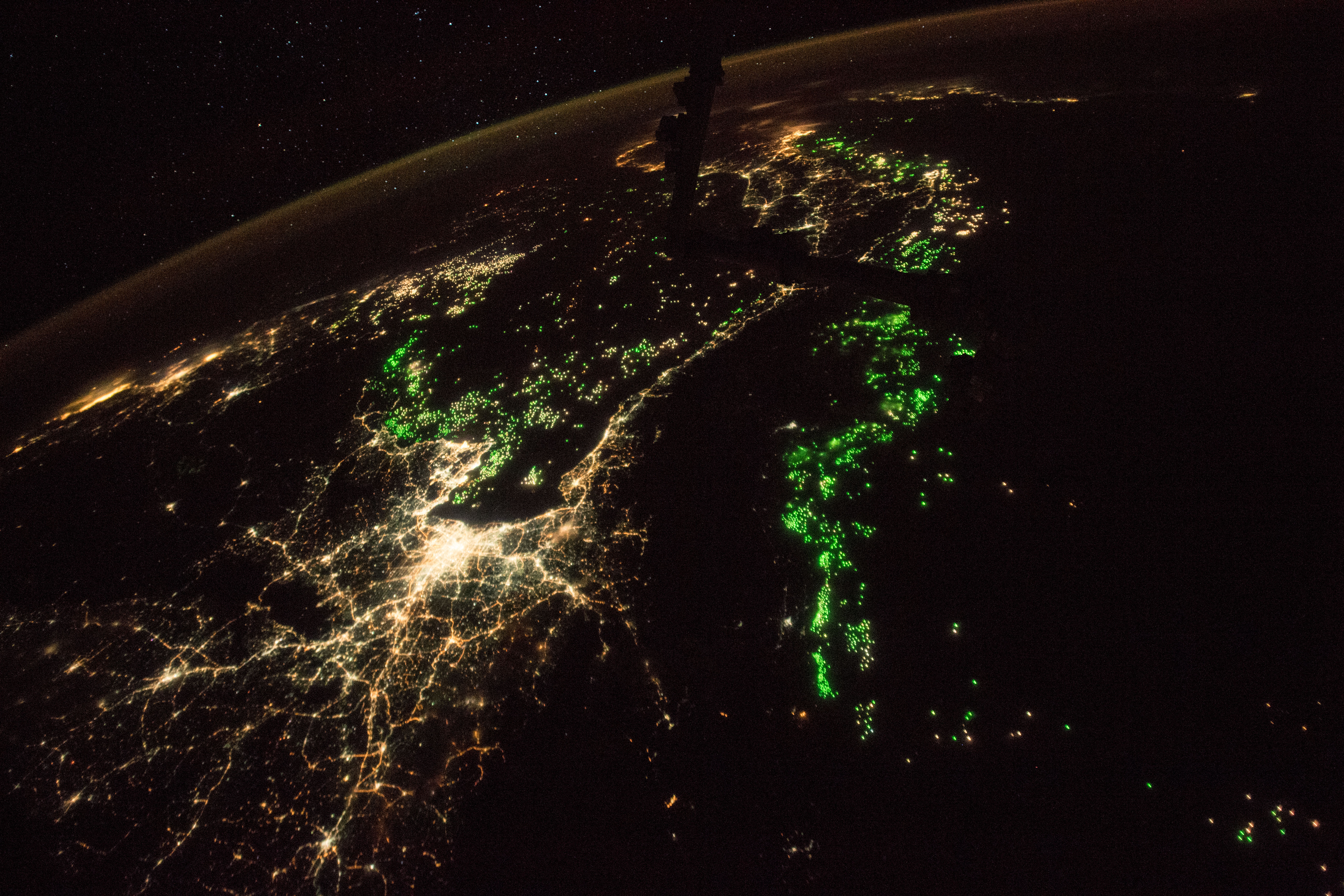 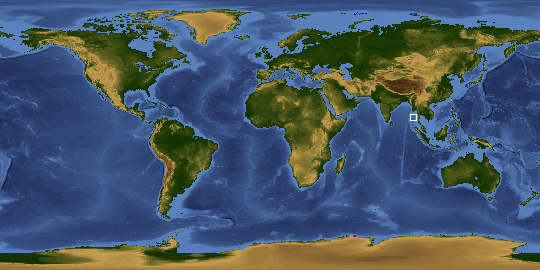 This oblique photograph, taken by an astronaut from the International Space Station, shows the city of Bangkok illuminated by city lights. As the capital and largest city in Thailand, Bangkok is home to more than 9 million people.

The adjacent waters of the Andaman Sea and Gulf of Thailand are illuminated by hundreds of green lights on fishing boats. Fishermen use the lights to attract plankton and fish, the preferred diet of commercially important squid. As the bait swims to the surface, the squid follow to feed and get caught by fishermen. The same fishing practices are used off the Atlantic coast of South America.

In the photo, the border between Thailand and neighboring Cambodia to the east is distinguished by a marked difference in the number of city lights. Cambodia has less urbanized area and its population is smaller than that of neighboring countries. The majority of the Cambodin population lives in rural farming areas where electricity is sparse. Phnom Penh is the capital and largest city in Cambodia, with a population of approximately 1.5 million people.