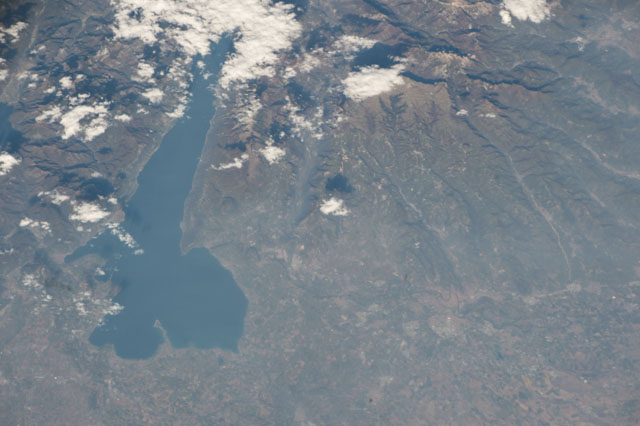 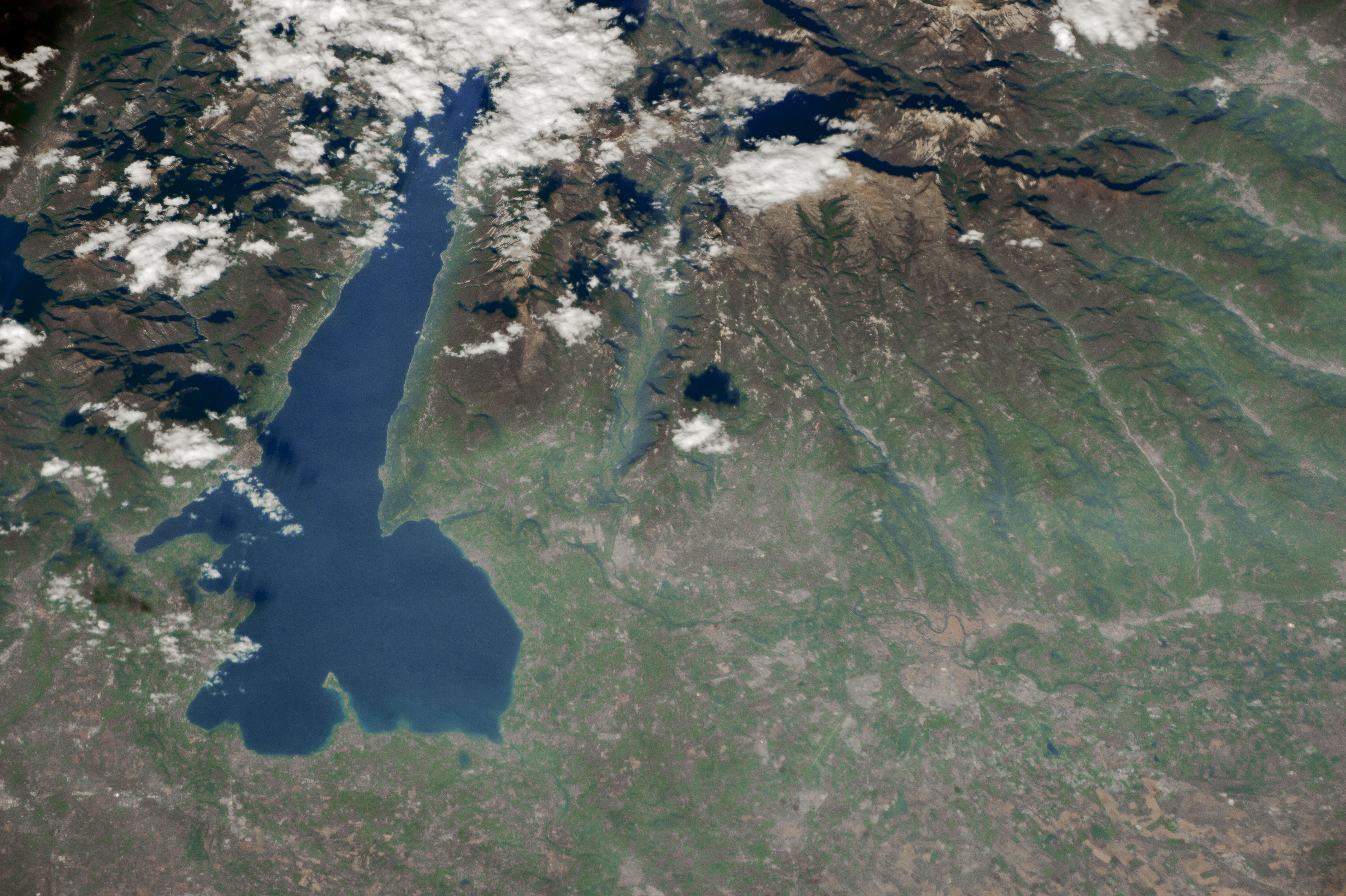 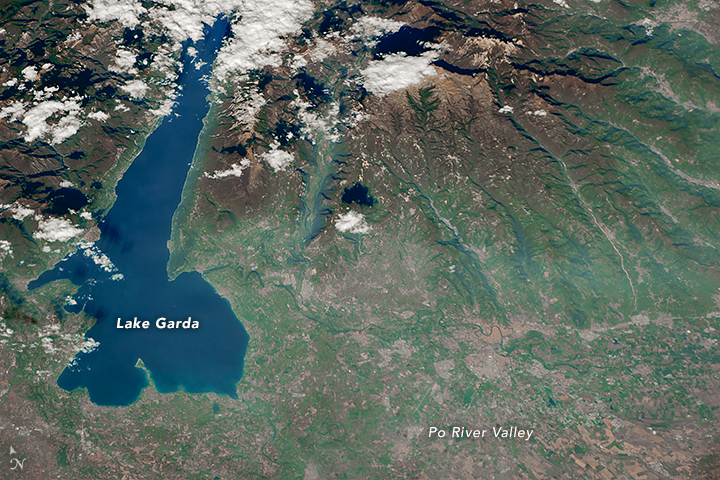 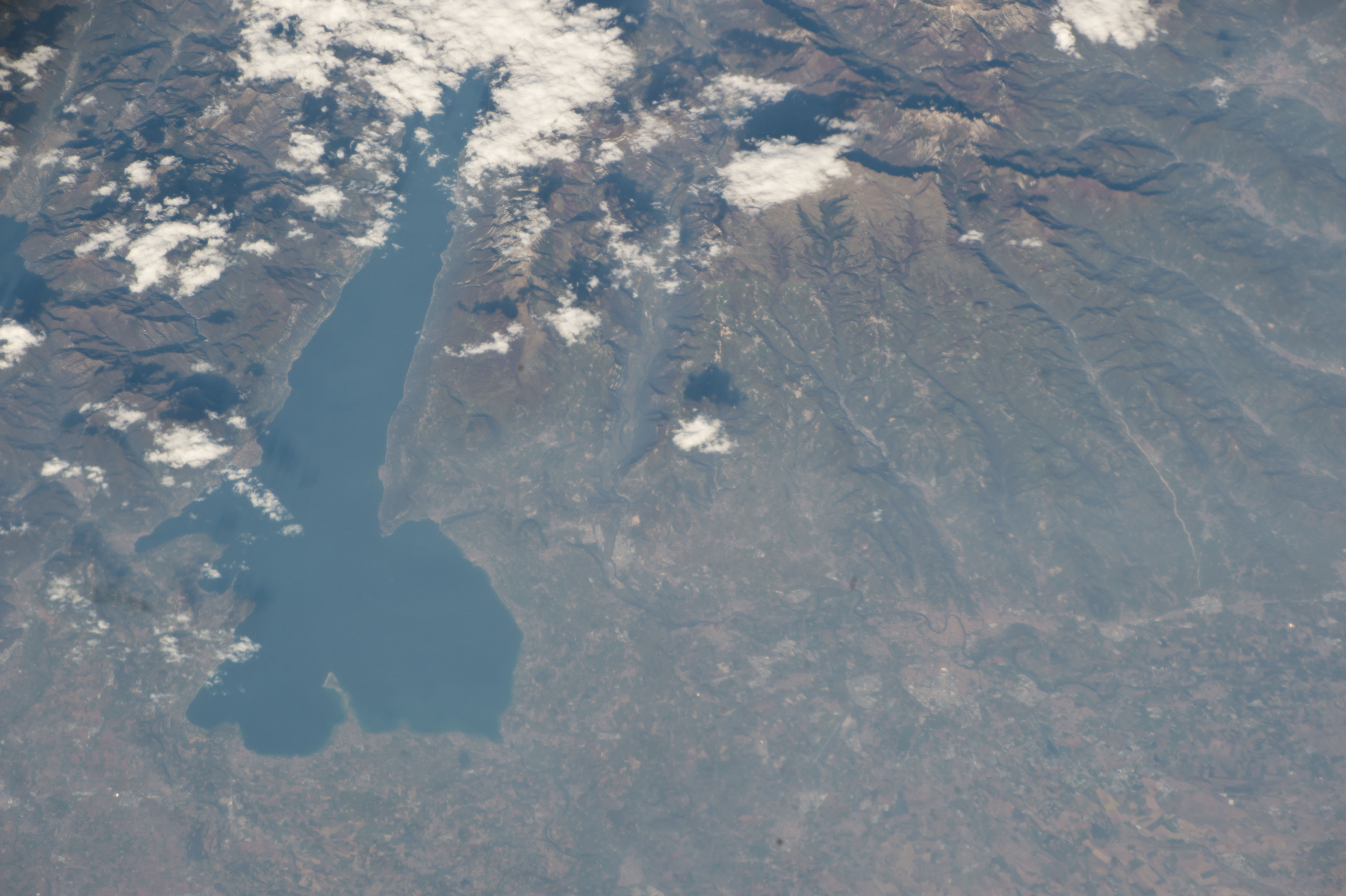 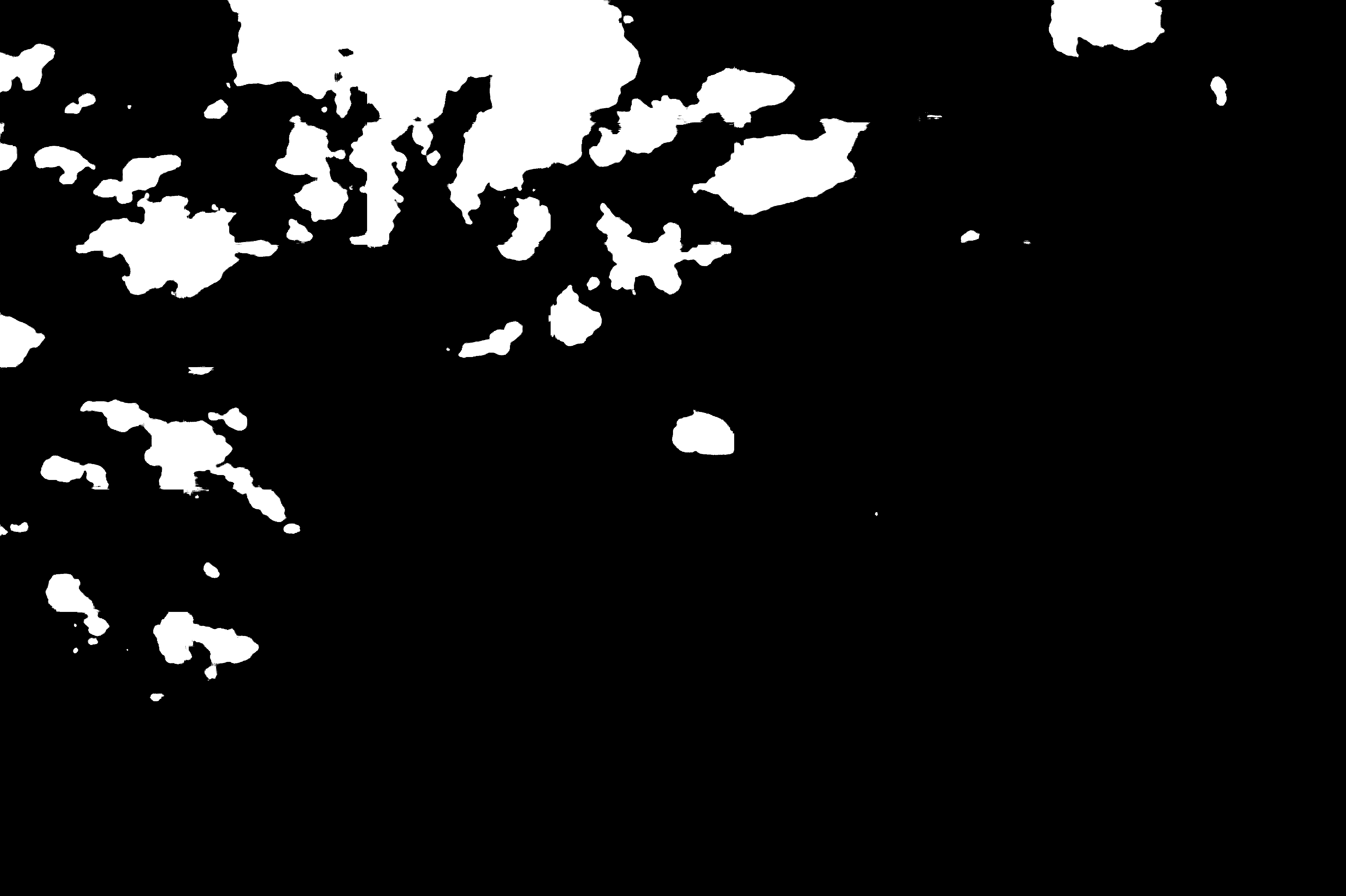 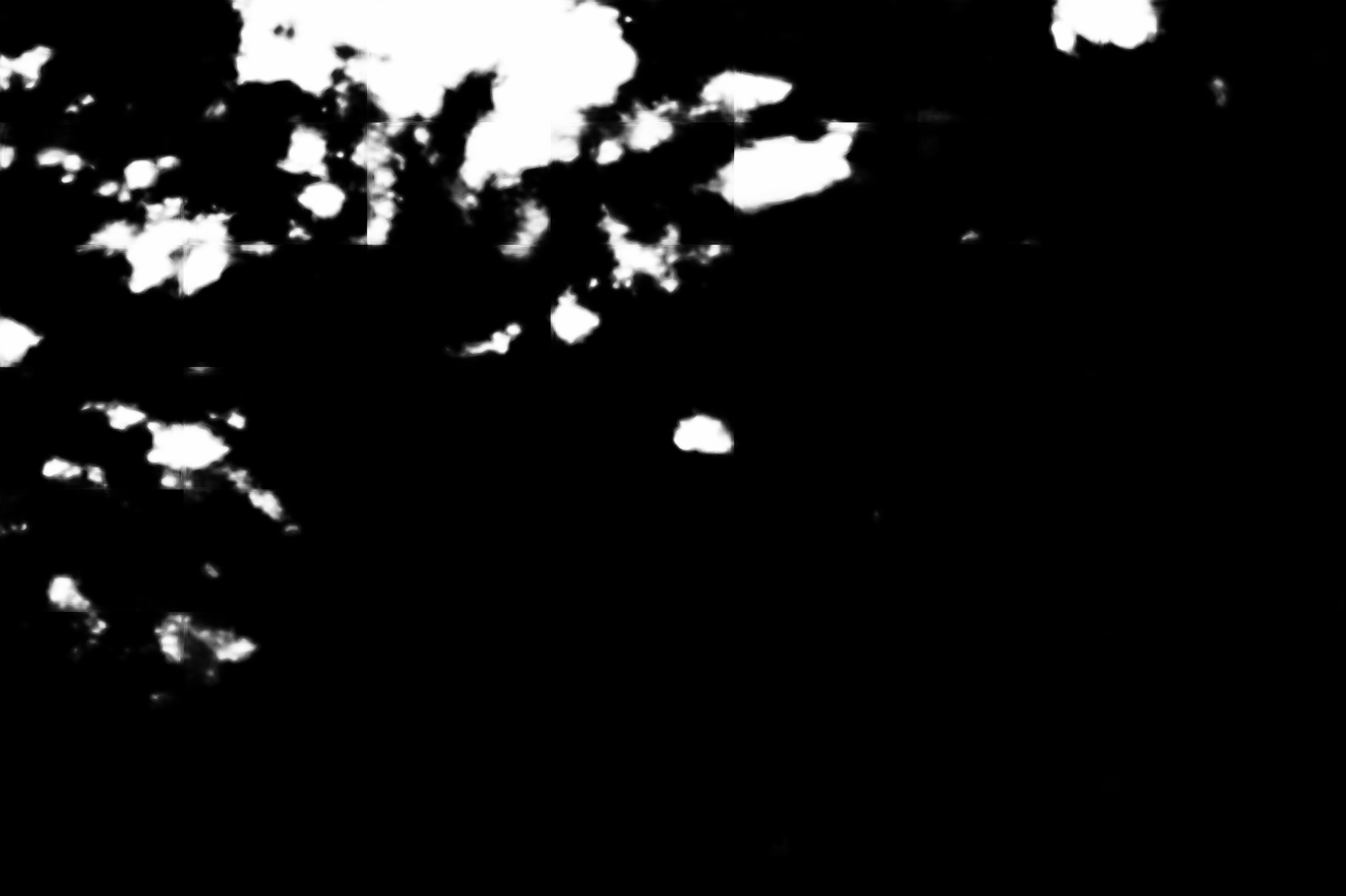 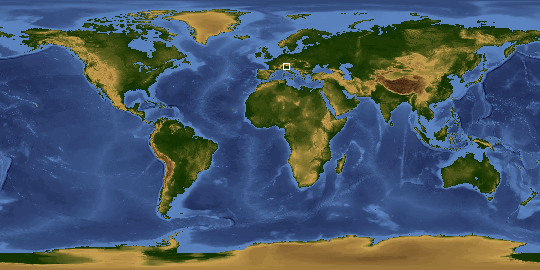 In October 2017, an astronaut aboard the International Space Station (ISS) focused a camera lens on Lake Garda or Lago di Garda, Italy's largest lake. Nestled halfway between the major cities of Venice and Milan, Lake Garda is situated where the southern Alps meet the Po River Valley. The lake is 54 kilometers (34 miles) long and varies in width from 3 to 18 kilometers (2 to 11 miles).

The mild sub-Mediterranean climate and the Alpine topography have made Lake Garda a popular destination for tourism and watersports. It is well known for wind surfing and sailing due to dependable daily and seasonal wind patterns. These thermally driven winds are caused by the interaction of weather fronts between the mountains to the north and the plains to the south.

Beyond outdoor activities, some people are attracted to the region for its historical importance. A few notable battles have been fought around Lake Garda, including the Roman Battle of Lake Benacus in 269 CE, the Battle of Solferino in 1859, and several events during World War I.

The Po River Valley, south of Lake Garda, is also an important area for agriculture, producing rice, soybeans, corn, and wheat. The rich farmland is fed by glacial streams from the Alps.