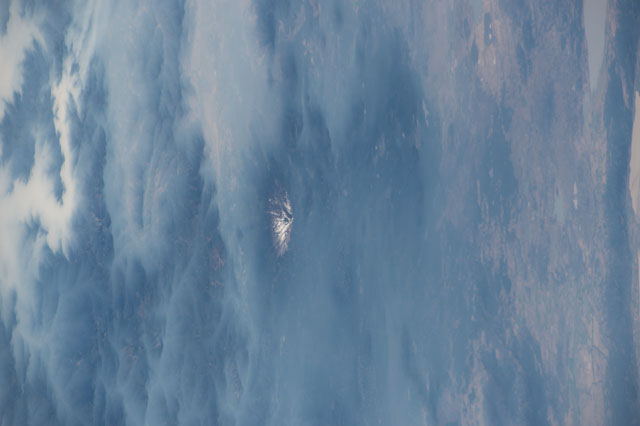 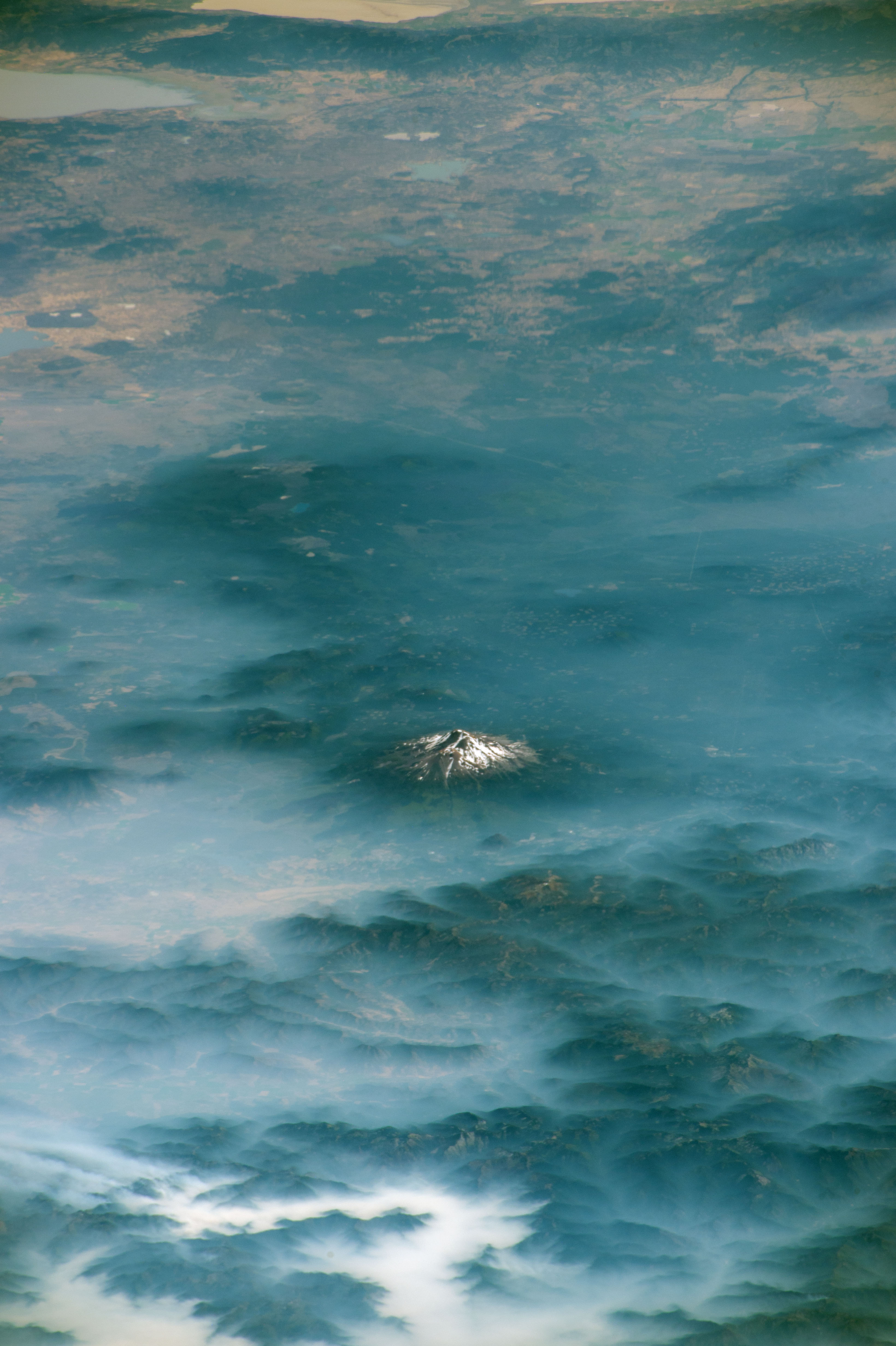 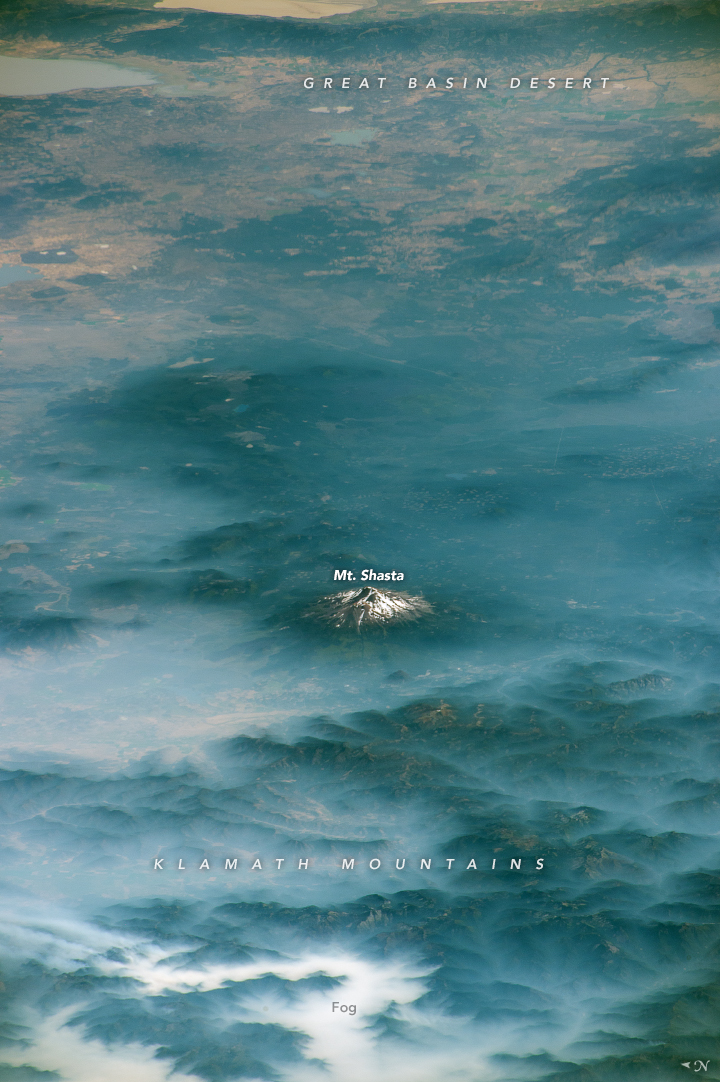 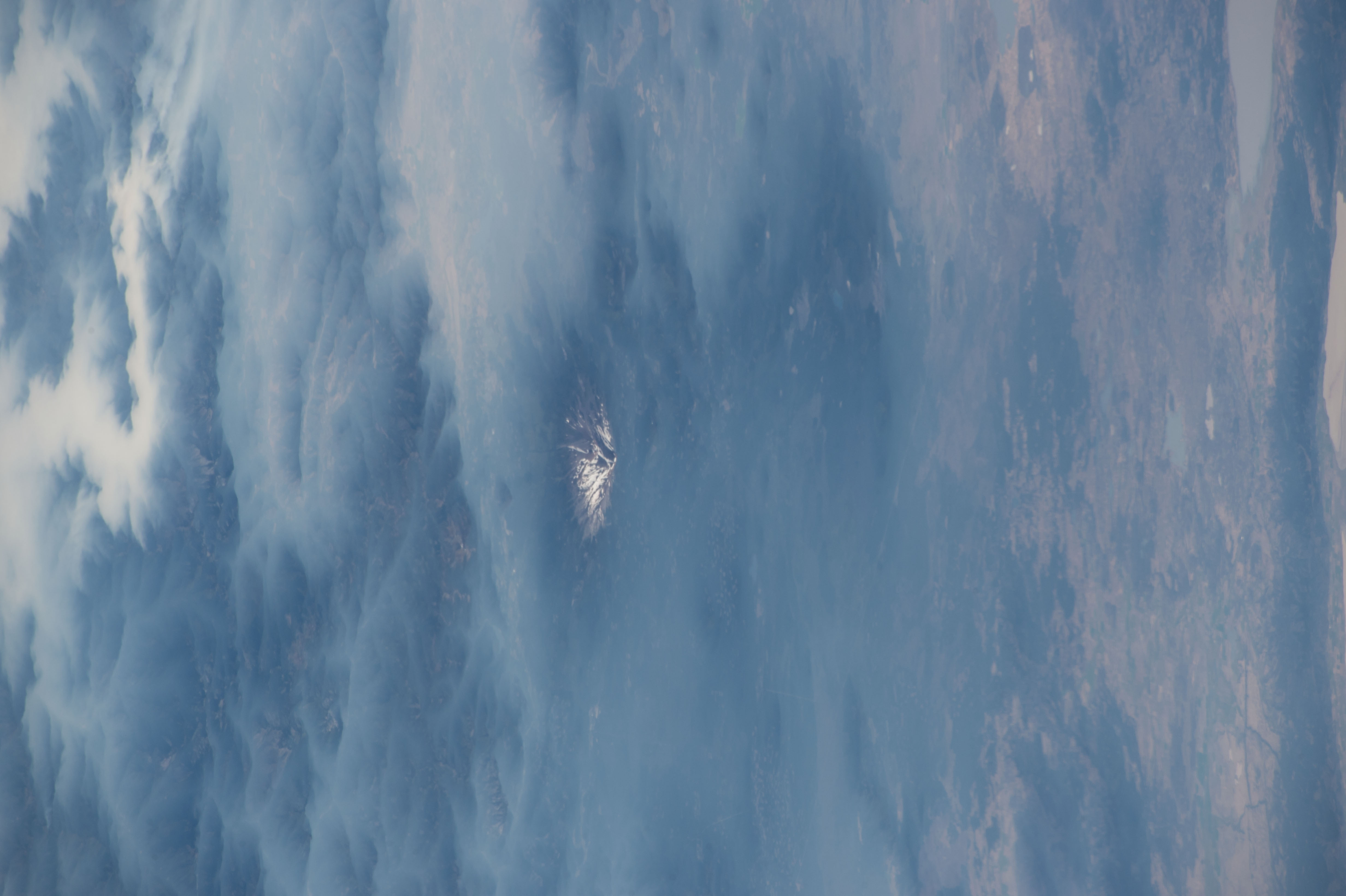 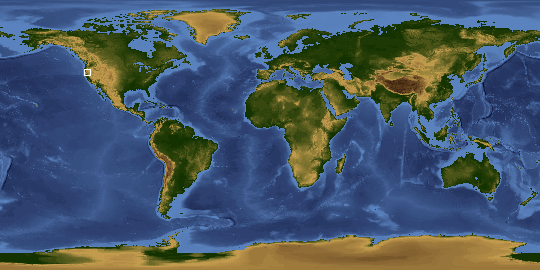 Astronauts aboard the International Space Station captured these images of Mount Shasta while orbiting over northern California at different times of the year. Mt. Shasta is a stratovolcano made of alternating layers of lava and ash from previous eruptions. It is nestled within the wilderness of Shasta-Trinity National Forest and is a part of the Cascade Range.

Fog fills the valleys of the Klamath Mountains while Mt. Shasta stands above the clouds. Beyond the mountain lies the northeasternmost extent of California, where the Great Basin Desert meets the Cascade Range. At a height of 4,322 meters (14,180 feet) above sea level, Mt. Shasta is typically snowcapped year-round. The photo was taken in August 2017, when much of the snowpack had melted away. In comparison, this photo of the mountain's peak was taken in April 2018 and shows a much greater snowpack on the mountain, with less rock visible.

Mt. Shasta is an active volcano that has erupted at least once per 800 years for the past 10,000 years, with an increased eruption frequency of about once per 250 years over the past 750 years. The region around Mt. Shasta is susceptible to lava and pyroclastic flows, lahars (mudflows), avalanches, and earthquakes. Lahars pose a significant hazard in the river valleys near the mountain, which can act as conduits for gravity-driven mudslides. Though the risk of hazards around Mt. Shasta are well known, people have not been deterred from enjoying outdoor activities such as skiing and mountaineering on this rugged "fourteener" mountain peak.