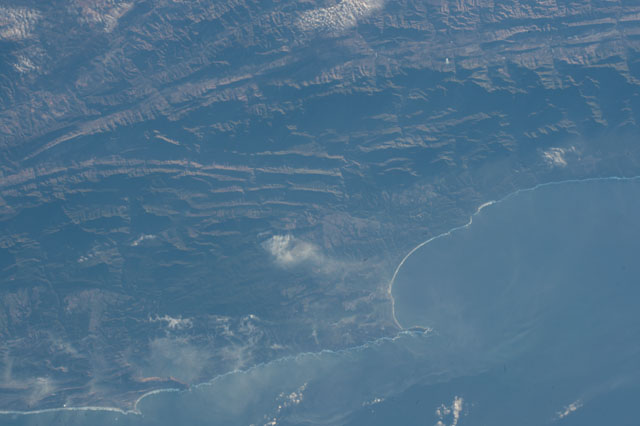 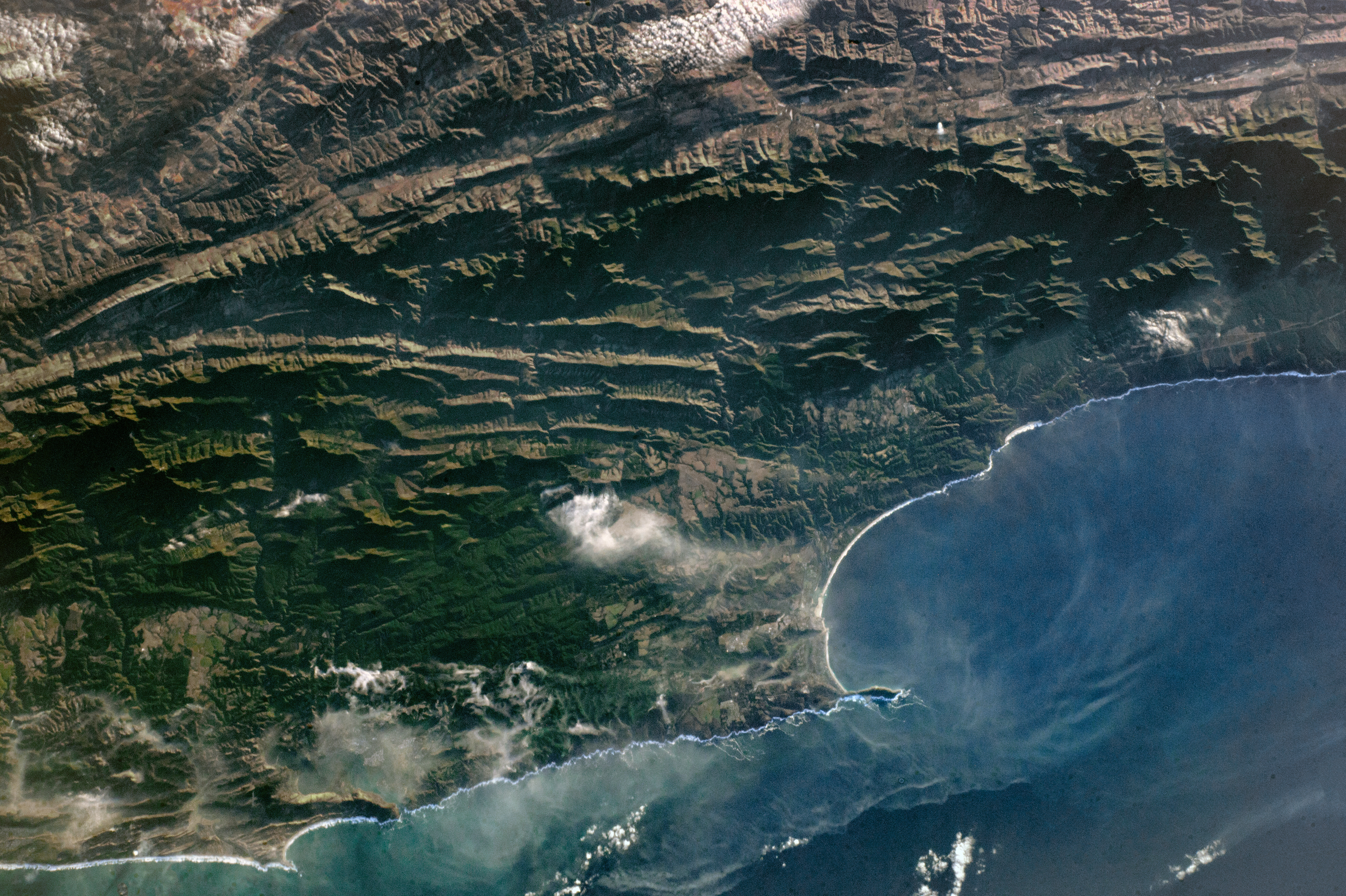 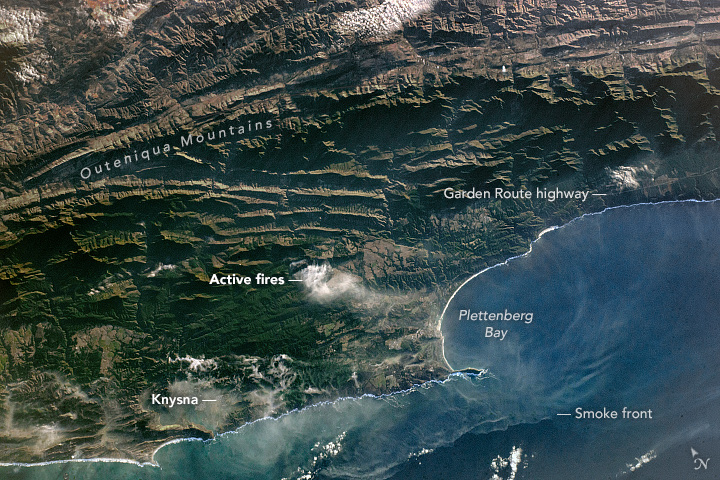 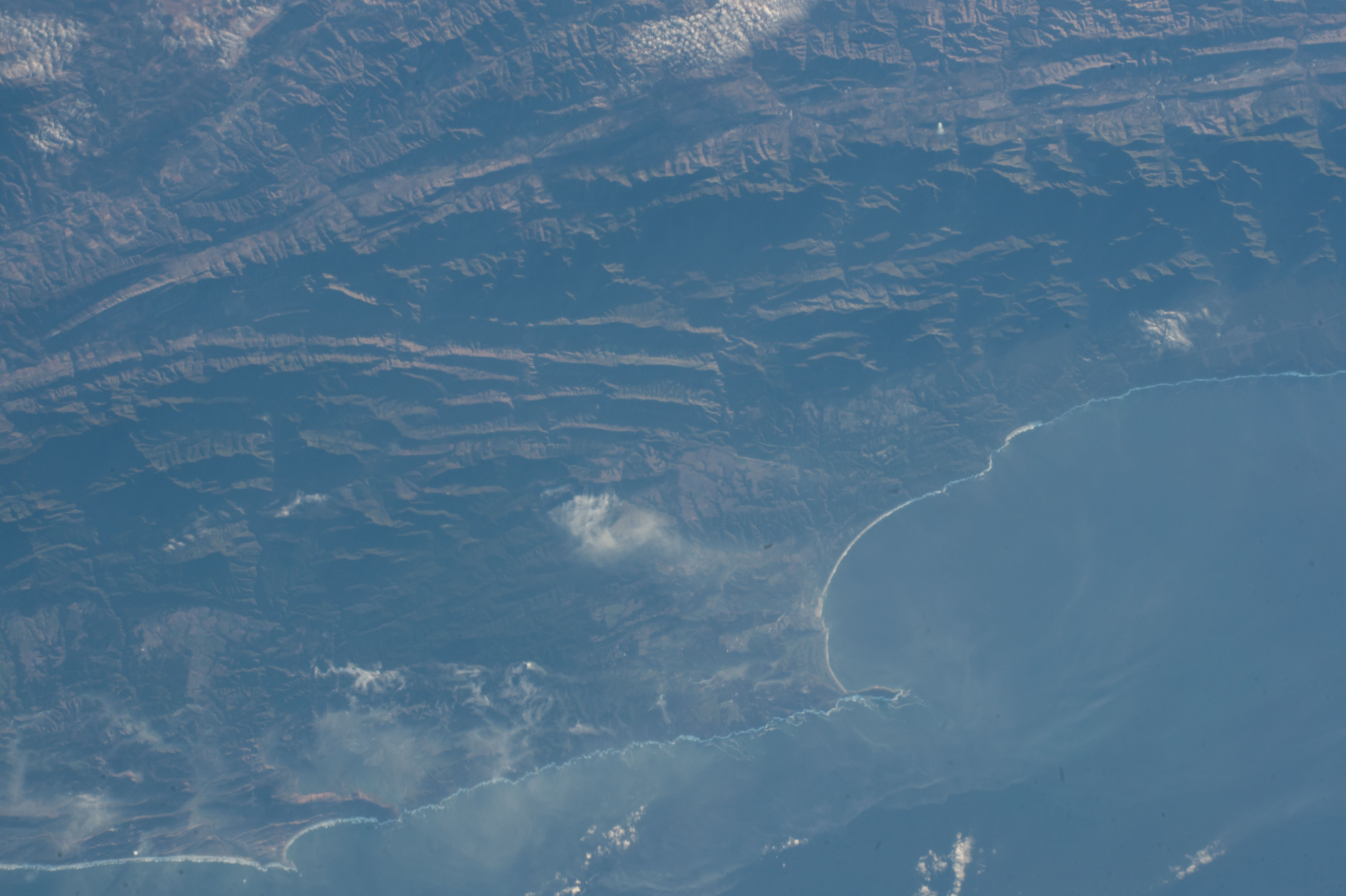 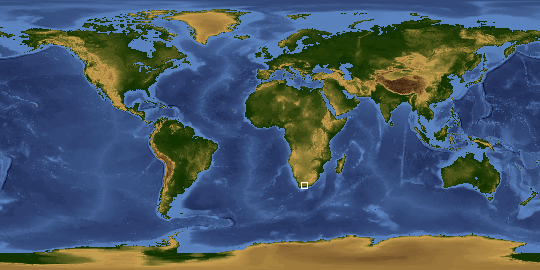 In June 2017, astronauts aboard the International Space Station (ISS) were asked to take photographs of widespread wildfires on South Africa's mountainous southern coast. The local government requested this assistance through the International Charter: Space and Major Disasters. Contributors to this program, including NASA, collect remotely sensed data for events such as wildfires, floods, and volcanic eruptions in response to requests from the disaster response agencies in affected countries.

This photograph shows the section of coastline most affected in the second week of June, near the towns of Knysna and Plettenberg Bay. The Outeniqua Mountains cast wide shadows in the low light of dawn.

Natural forests on the lower mountain slopes, dense low coastal forest, and commercial timber plantations all burned fiercely, but in a patchy pattern around these two towns. Ten thousand people were evacuated from Knysna and more than 500 houses were destroyed in what International Charter managers called one the worst fires ever experienced in the area. Months of drought and very strong winds combined to fan the flames.

Smoke from numerous smoldering fires was still visible when this photograph was taken a week after the fires started. A smoke pall hung over Knysna, and a long smoke front had formed out at sea. The national highway along the coast - known as the Garden Route, due to its spectacular scenery - was closed during the height of the wildfires.