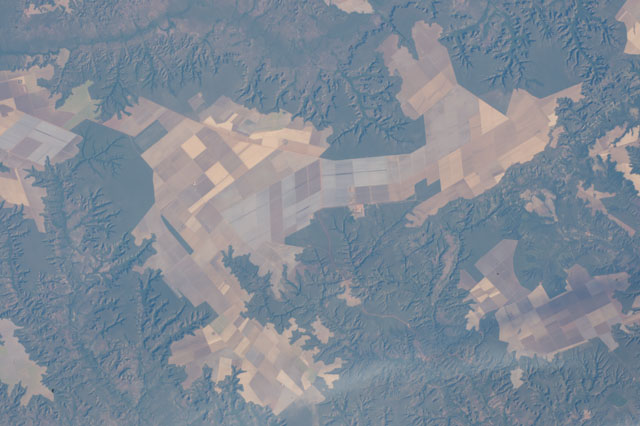 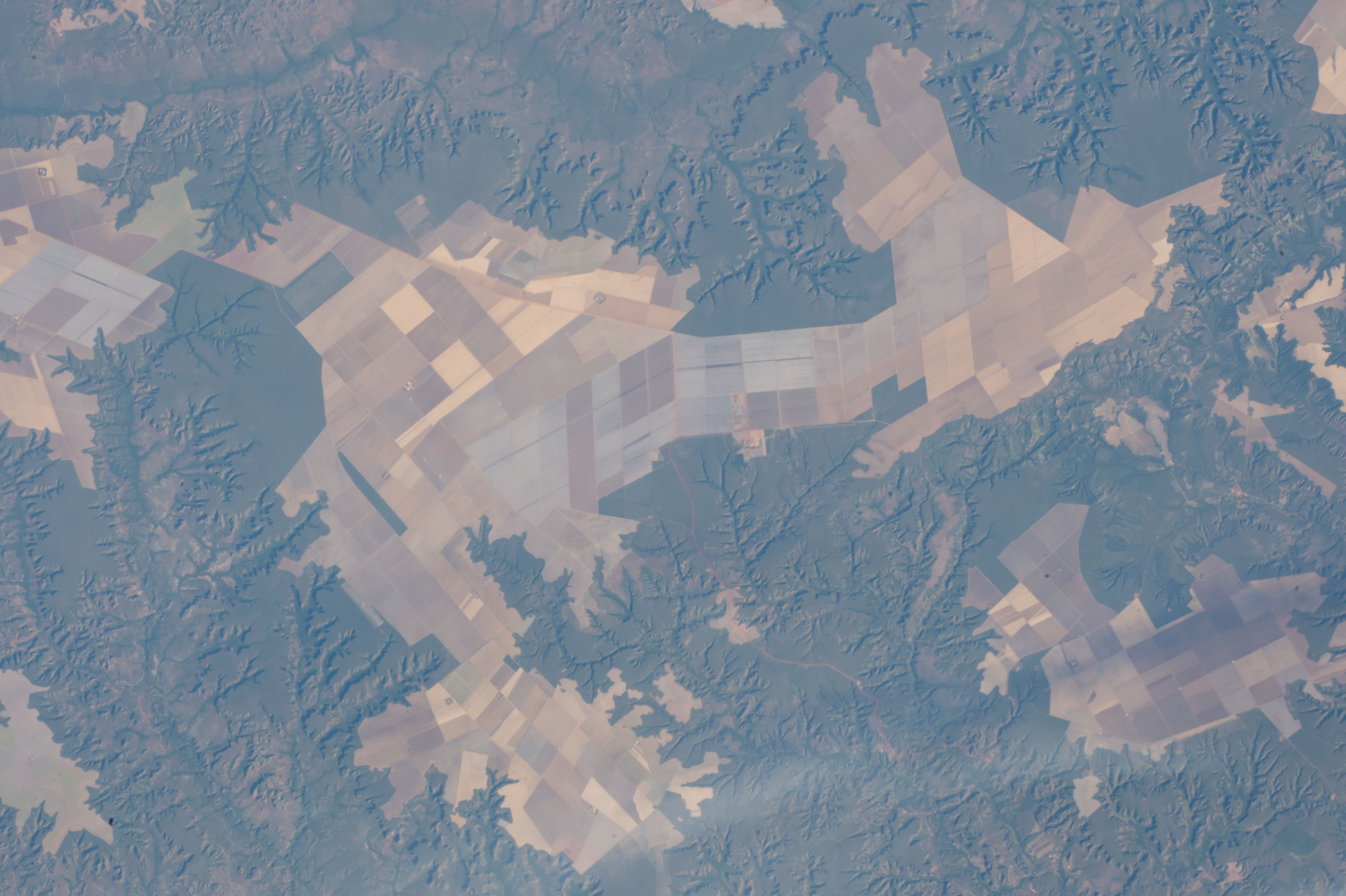 
An astronaut aboard the International Space Station focused a camera on the geometric patterns of farms on some plateaus in northeast Brazil. Here the fields, mainly soybeans and maize, have been planted right up to the edges of the small plateaus. The edges are ragged lines marked by cliffs.

The steep-sided river valleys—such as that of the Balsas River—lie fully 200 meters (600 feet) below the plateaus. Numerous finger-like tributaries are eroding and creating smaller valleys, which are poor landscapes for mechanized farming. One result is that the forests around the valleys remain in their pristine form, even though southern Maranhão is part of Brazil’s long “arc of deforestation” on the southern margin of a dense forest zone.